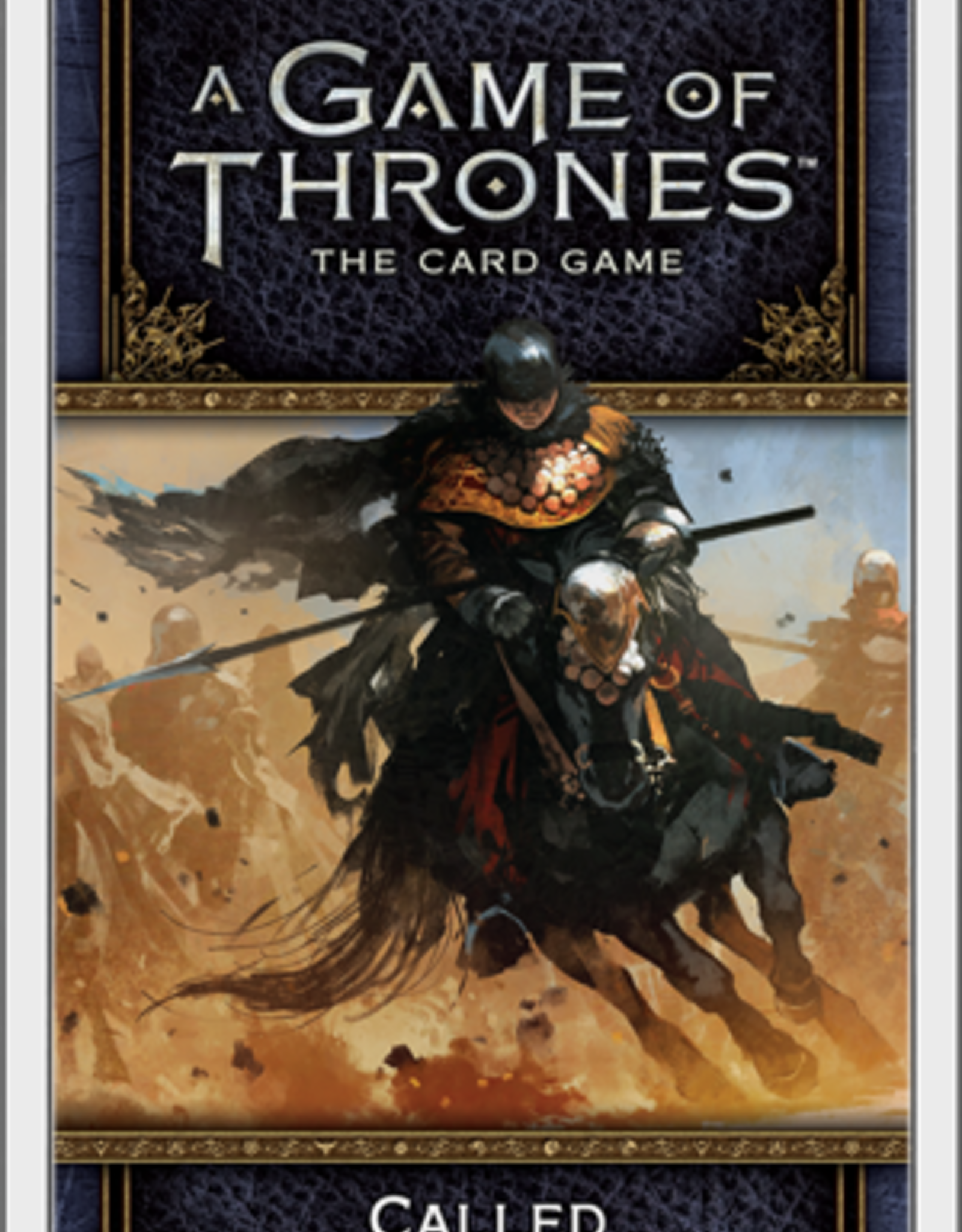 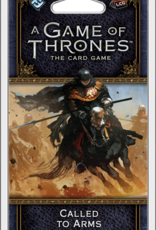 The banners have been called in the War of the Five Kings. In the north, Robb Stark gathers his armies around Riverrun, preparing to strike out at Tywin Lannister’s forces. Joffrey Baratheon has ascended the Iron Throne in King’s Landing, Renly Baratheon has been crowned in Highgarden, and on the islands of Dragonstone and Pyke, Stannis Baratheon and Balon Greyjoy plot their own rise to power. Before long, great armies will march onto the field of battle, while subtle intrigues and assassins’ daggers decide the fates of countless others.

Like Across the Seven Kingdoms before it, the Called to Arms Chapter Pack continues to follow the events of A Clash of Kings. A new King version of Balon Greyjoy challenges all enemies of the Iron Isles, even as two new attachments give you ways to crown your other characters and make them Kings. You’ll also find iconic characters like Dolorous Edd and Shae entering the game for the first time, even as other cards lend new importance to loyal cards. Finally, this pack continues to introduce a focus on the seasons of Westeros with two new agendas!