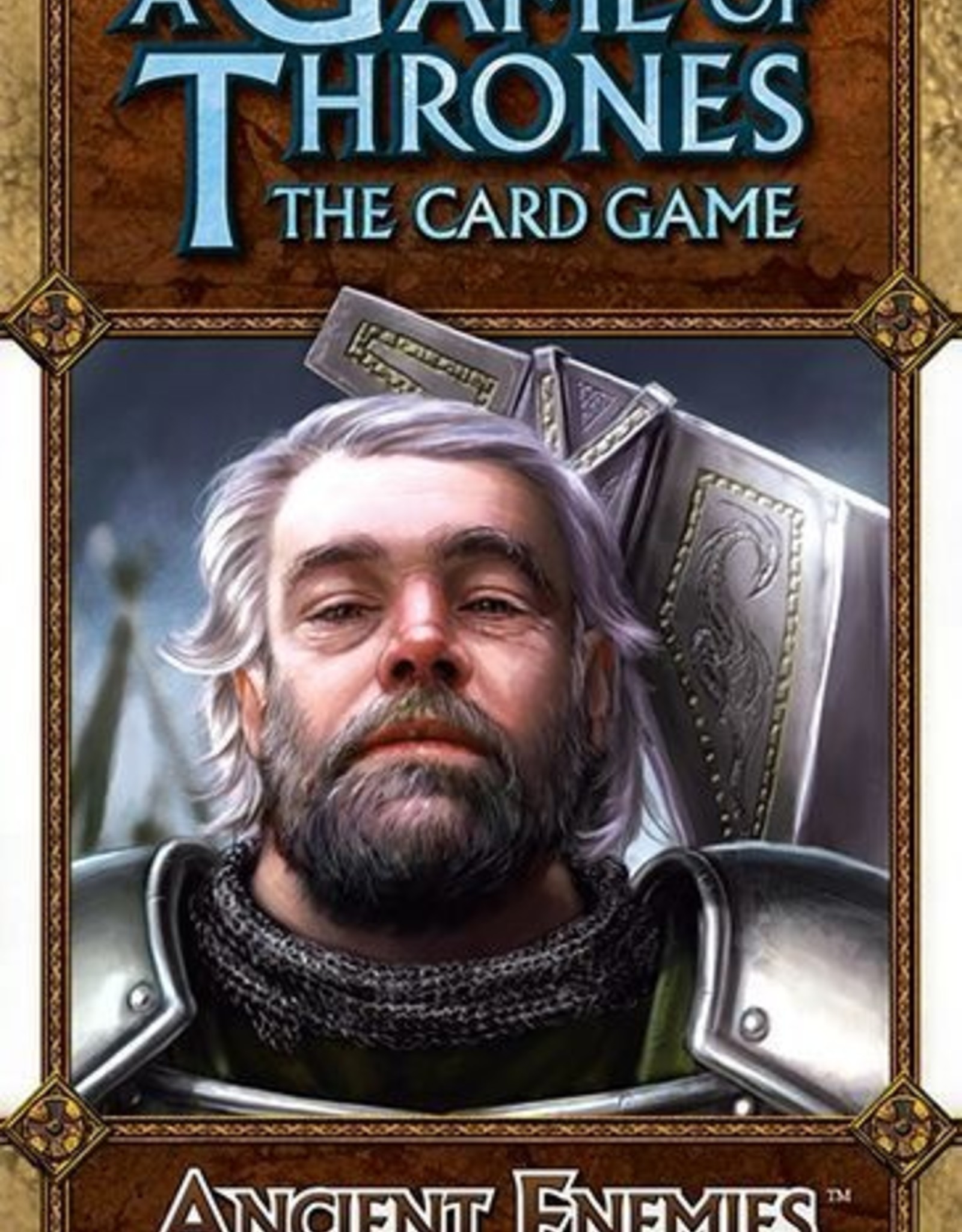 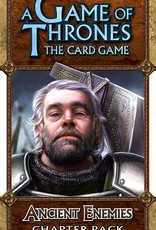 Ancient Enemies is the second monthly installment of fixed cards for the "A Clash of Arms" cycle for A Game of Thrones: The Card Game, based on George R.R. Martin's bestselling Song of Ice and Fire saga. This Chapter Pack contains twenty different never-before-seen cards designed to augment existing decks and add variety to the A Game of Thrones metagame. (The first edition of this Chapter Pack included only one of each character card, while the second edition includes three copies of each card.)

The only good enemy is a dead enemy, but there is always one whose death is the most satisfying of all. Ancient rivalries have developed into passionate hatreds that guide the actions of the great Houses of Westeros throughout the War of Five Kings. The day of reckoning has arrived, and there are debts to pay...