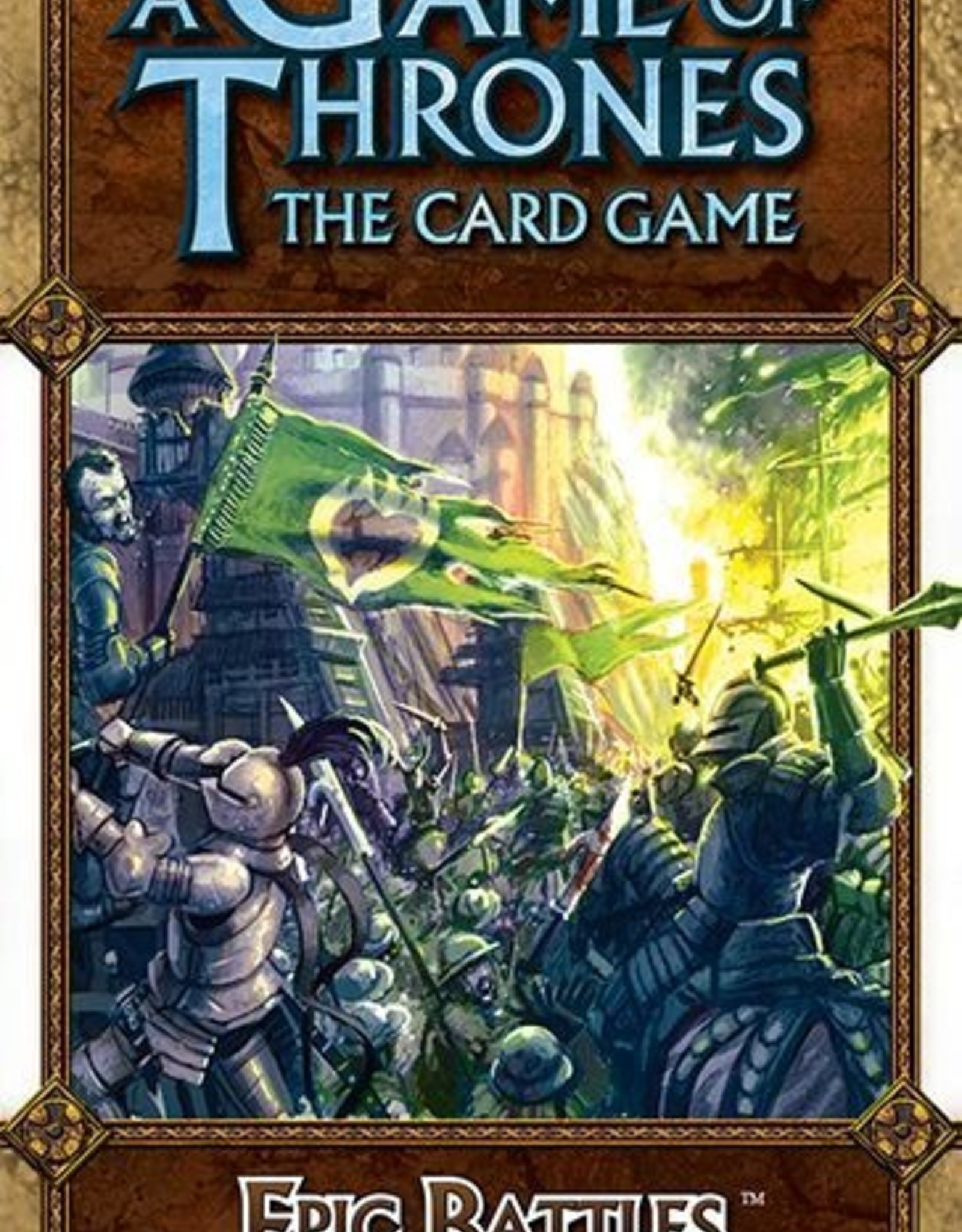 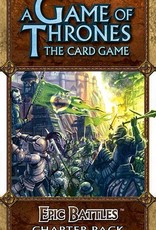 Epic Battles is the fourth monthly installment of fixed cards for the "A Clash of Arms" cycle for A Game of Thrones: The Card Game, based on George R.R. Martin's bestselling Song of Ice and Fire saga. This Chapter Pack contains twenty different never-before-seen cards designed to augment existing decks and add variety to the A Game of Thrones metagame. (The first edition of this Chapter Pack included only one of each character card, while the second edition includes three copies of each card.)

The military battles of the War of Five Kings come to life as the warring factions clash in epic fashion. With control over where and when the battles take place, players can shape the field to their liking. But take heed! In the game of thrones, it is possible to win every battle but still lose the war!