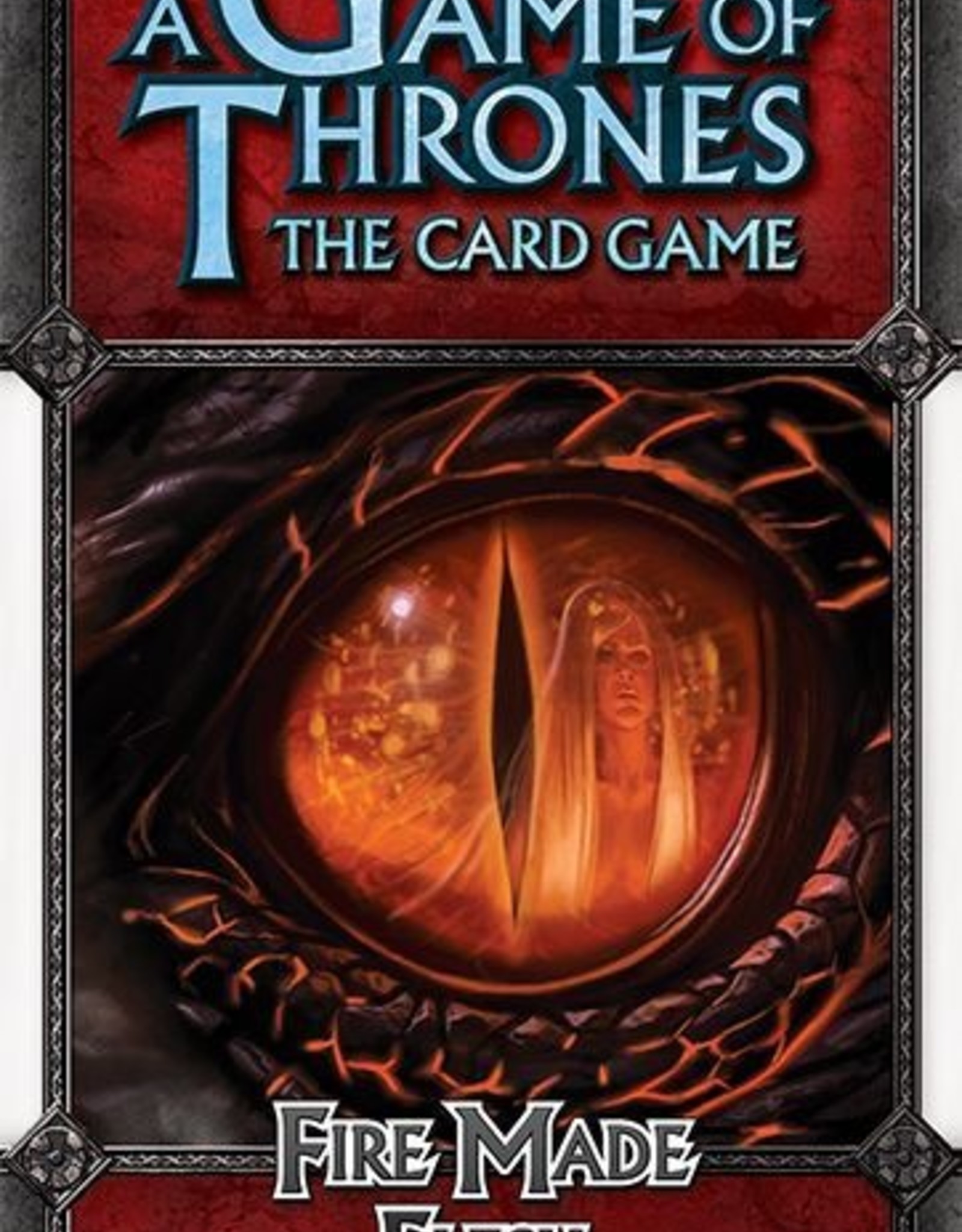 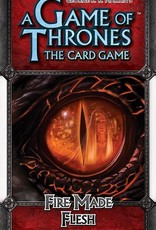 Fire Made Flesh is the third Chapter Pack in the "Conquest and Defiance" cycle for A Game of Thrones: The Card Game.

In George R.R. Martin's fantasy saga, A Song of Ice and Fire, dragons are fire made flesh, and they are every bit as important as they are powerful. Dragons allowed the Targaryens to unite the Seven Kingdoms. Their return to the world coincided with the revitalization of magic. And some think that dragonfire played some role in the creation of the Valyrian steel of which all the most legendary blades were forged.

Among the sixty cards from Fire Made Flesh (three copies each of twenty individual cards), you'll find a host of Prized characters, locations, and events, as well as Prized versions of three of the world's most storied Weapons: Heartsbane, Ice, and Blackfyre. Meanwhile, three neutral characters, a powerful event, and a plot card with a claim that you can ratchet as high as "6" introduce more support for the Neutral Faction House card and decks that unite multiple Houses.