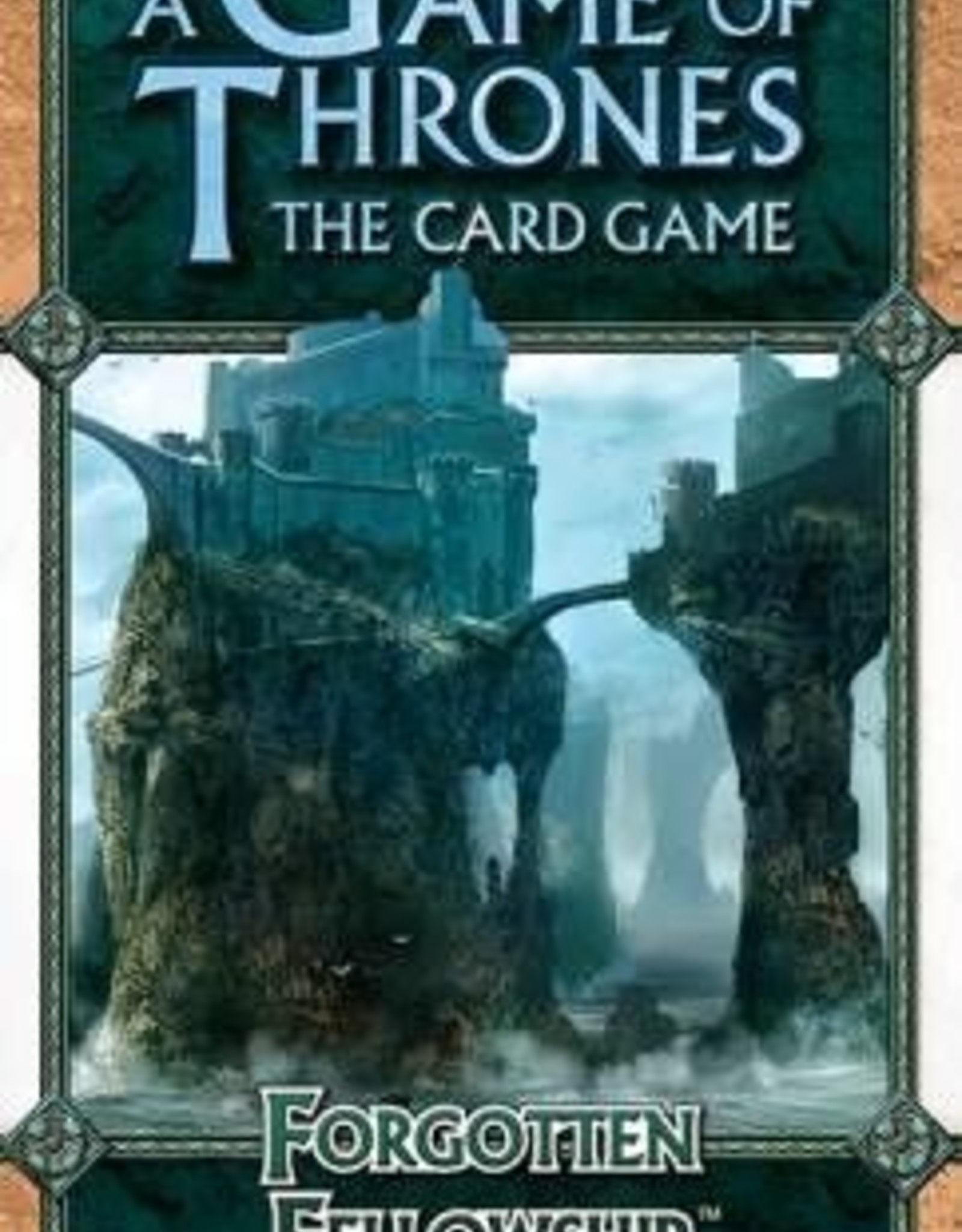 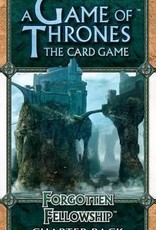 Forgotten Fellowship is the fifth Chapter Pack in the Kingsroad cycle for A Game of Thrones: The Card Game. The Seven Kingdoms are a volatile land, and the Lords and Ladies of its Great Houses are always biding their time, waiting for the moment that their foes stumble ever so slightly; in that moment, they can dash forward and slit their rivals’ throats. In an instant, the downtrodden can be crushed completely, and the mighty can be brought low.

As a part of the Kingsroad cycle, Forgotten Fellowship marks a return to some of the most memorable characters, locations, and events from A Song of Ice and Fire. It also depicts a Westeros forever changed by the War of the Five Kings. Among the changes you’ll find in this scarred land are Brotherhood characters whose abilities function even if you have power on your House card…so long as you have less power on your House card than your opponent has on his. As we are reminded by the Chapter Pack's sixty new cards (three copies each of twenty different cards), no amount of power is safe until your final victory is secured. This is a Chapter Pack for the downtrodden and the underdogs, and you’ll find such noteworthy characters as Harwin, Lady of the Leaves, and Gendry!