A Game of Thrones LCG: The Banners Gather Chapter Pack 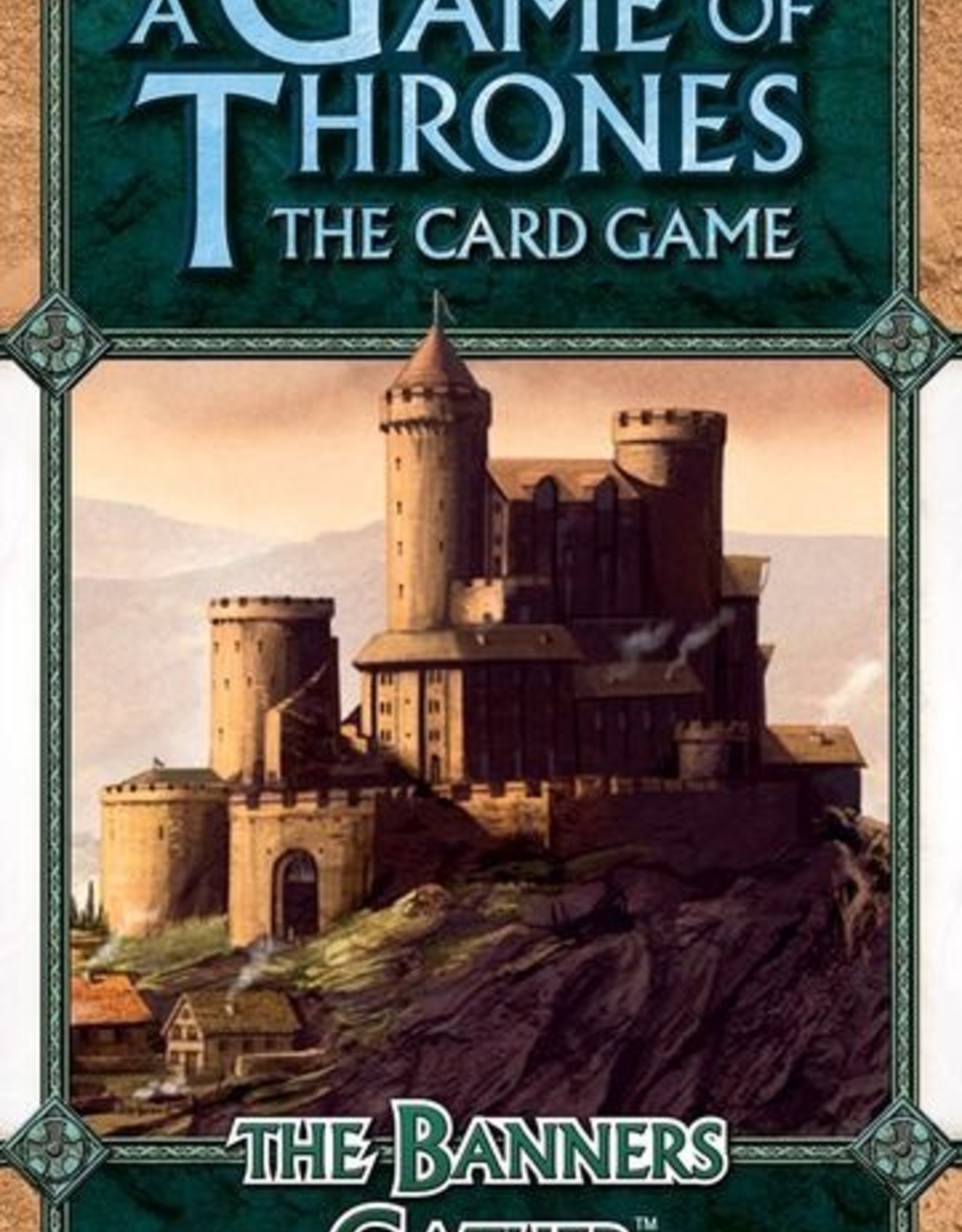 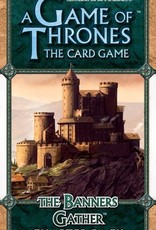 After two cycles of Chapter Packs that carried A Game of Thrones players far from the shores of Westeros, The Banners Gather and the "Kingsroad" cycle mark a return to the Seven Kingdoms, its Great Houses, their lords, their banners, and their traditional strengths. This is a return to both the game's classic fantasy themes and to several of its established mechanisms. In this Chapter Pack's sixty new cards (three copies each of twenty individual cards), the Lannisters flaunt their wealth, the Greyjoys seize control of rival locations, and the Targaryens march forward with their attachments and Dragons. Likewise, the Baratheons, Starks, and Martells gain new Strongholds, Tactics, and tricks.

Of course, no House is strong when cut off from its supporters, and The Banners Gather takes a look at the many Bannerman characters who swear their fealty and service to their liege lords. Players will find several new characters with the Bannerman trait, all of whom bring powerful new abilities to their Houses and enable new synergies with the game's older Bannerman cards.