(Aanbieding) A Game of Thrones LCG: The Great Fleet (EN) 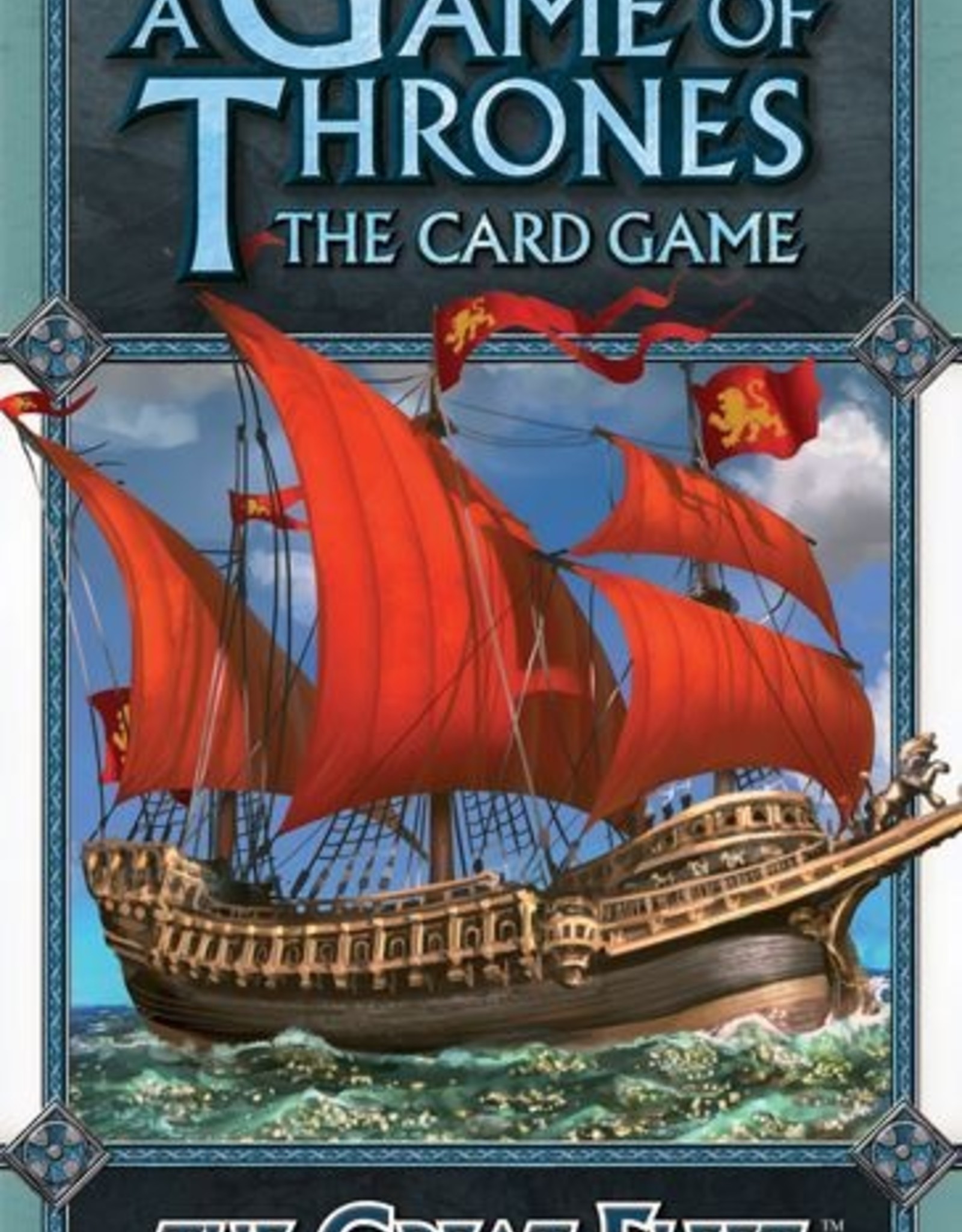 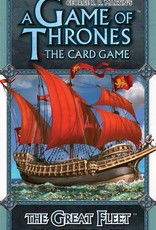 No House can long maintain a hold upon its lands without a strong fleet to safeguard its shores. The Great Fleet – the second Chapter Pack in the new "A Song of the Sea Cycle" – introduces sixty new cards (three copies each of twenty different cards) to A Game of Thrones: The Card Game that add strength and flavor to each House's naval presence.

Warships, captains, and Ironborn hoist their sails to head for battle. Furthermore, three new plots encourage battles for naval superiority and reveal some of what Martell and Targaryen hope to gain from their schemes.

Additionally, The Great Fleet further establishes the naval enhancement mechanism that allows players tremendous tactical advantages. Eight of the pack's new characters possess the enhancement and can join a challenge as an action – even after the challenge’s attackers and defenders have been declared.