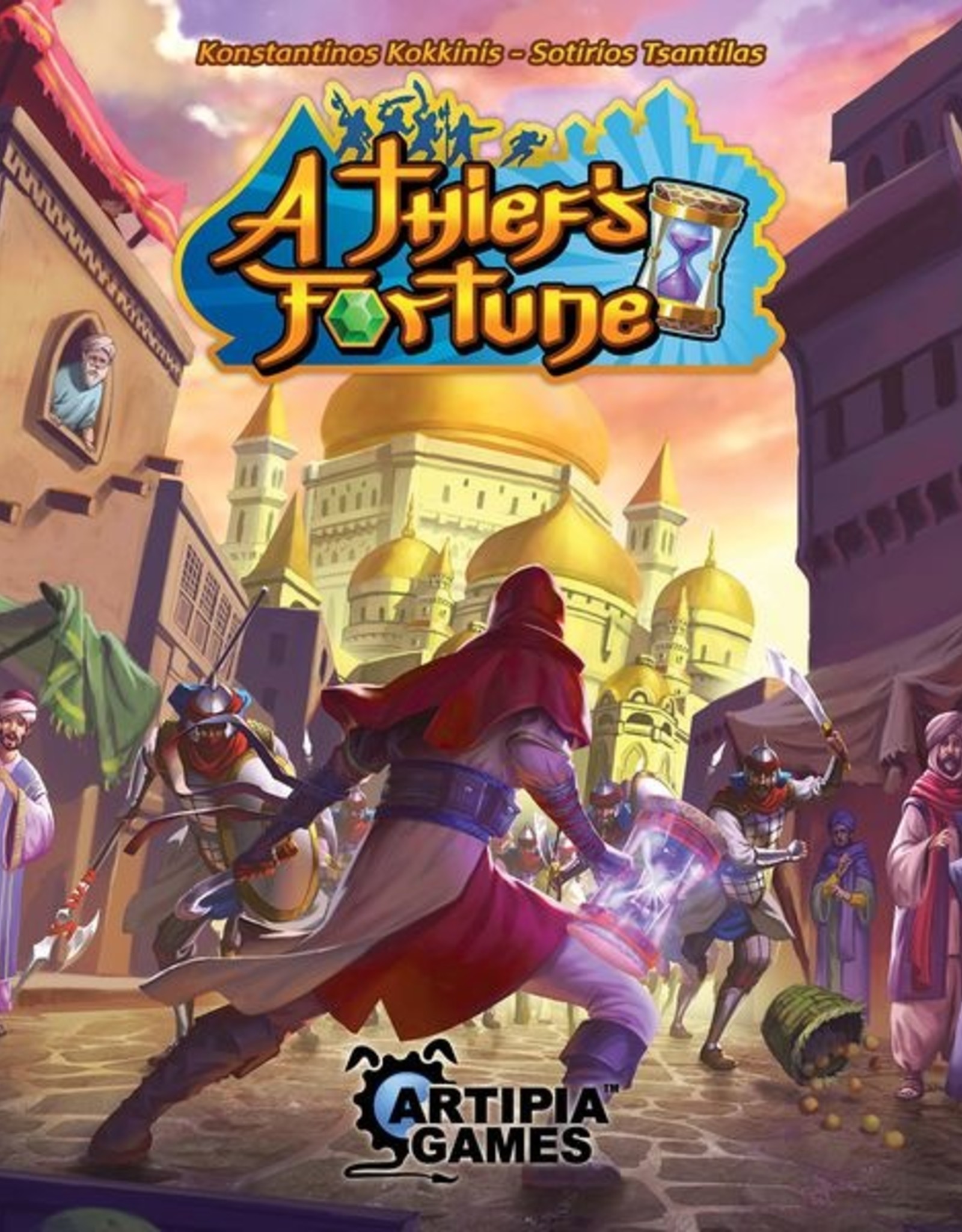 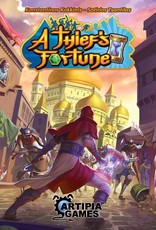 Nabbarah: A city full of wonders and stories to be told — a glimmering jewel in the middle of the desert.

You are a thief, always on the lookout for the next target to hit. You decide to sneak into the Royal Palace, break in its treasure room, and look for the mythical treasures rumored to be hidden there. Among piles of gold, emeralds, and precious jewelry, you stumble upon a chest containing a mysterious hourglass. As soon as you touch it, you are filled with mystical energy and realize its true power: You are now able to see glimpses of your own future. By taking different courses of action, different paths unfold before you, allowing you to shape your future as you see fit. Unfortunately, everyone in the palace is now after you...

In more detail, players each have three areas in front of them: past, present, and future. Over five rounds, players draft location, event, and character cards, adding them to their personal "future" area with resources on those cards. Players extract resources from those cards, and when they're empty, the cards move into the player's present, after which the player can activate the power on those cards to score the fortune points they need to win the game. 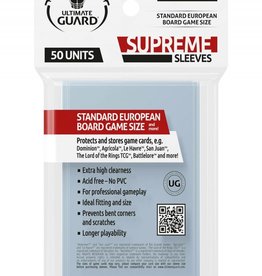