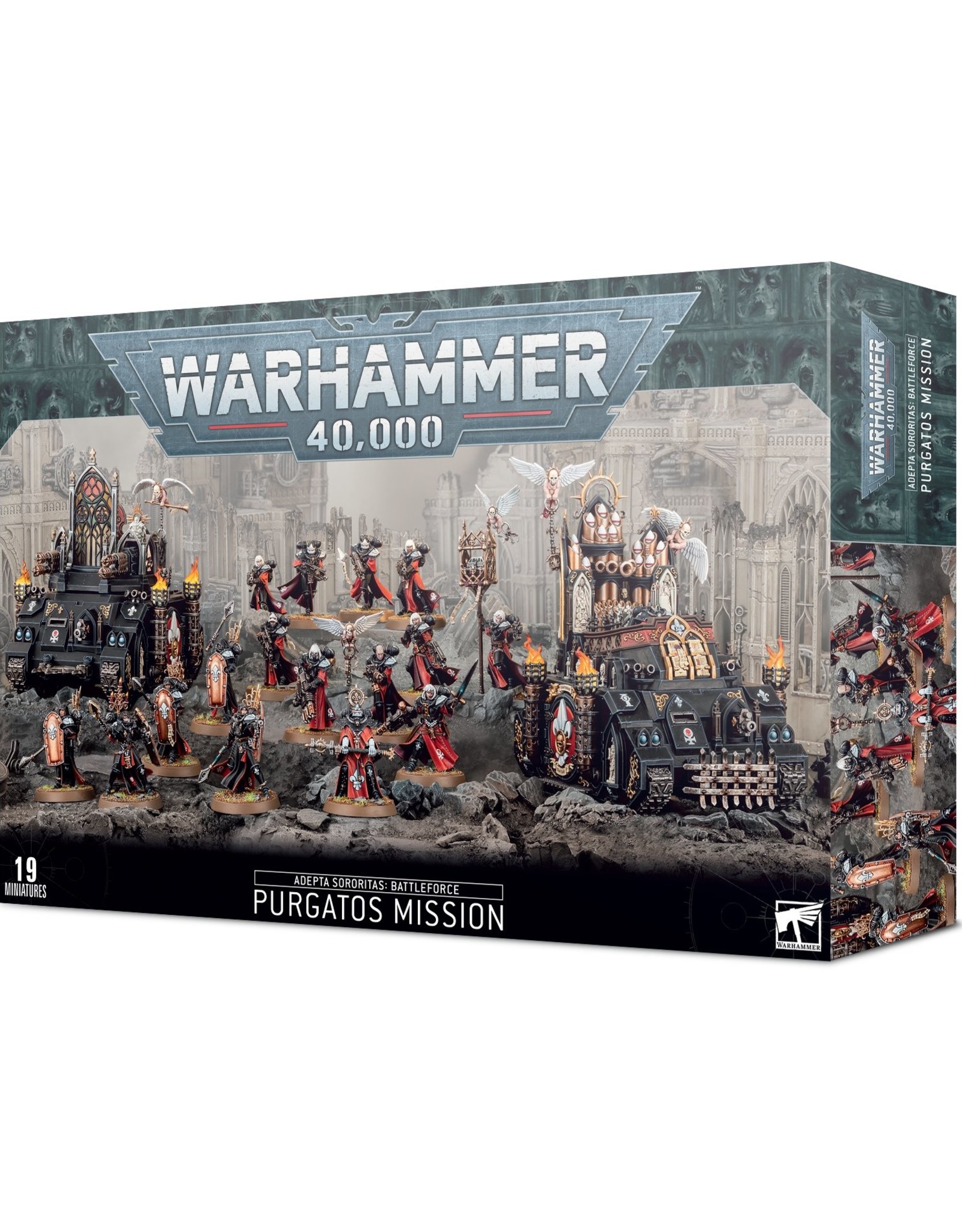 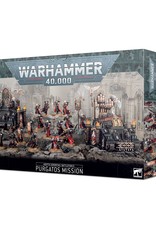 The Adepta Sororitas are devout defenders of the Imperial Creed – the religion of the Imperium that surrounds the worship of the God-Emperor. Known also as the Sisters of Battle, their power-armoured warriors prosecute Wars of Faith as part of the Ecclesiarchy, the overarching priesthood of the Imperial Creed. The Adepta Sororitas train rigorously and fight with ferocious zeal, pious serenity, and tireless skill. They annihilate heretical cults, xenos, mutants, and the abominations of daemonkind as they spread the light of the God-Emperor with fury and flame.

Launch your holy crusade against the God-Emperor's foes with the Purgatos Mission. An Immolator and Exorcist will bathe your enemies in righteous flame (and a great deal of explosives!), while your elite Sacresants and Battle Sisters sweep all before them under the stern, unforgiving gaze of a Sister Dogmata.

The set also includes 2x Adepta Sororitas Transfer Sheets. These kits come with 16x 32mm round bases and 1x 25mm round base.