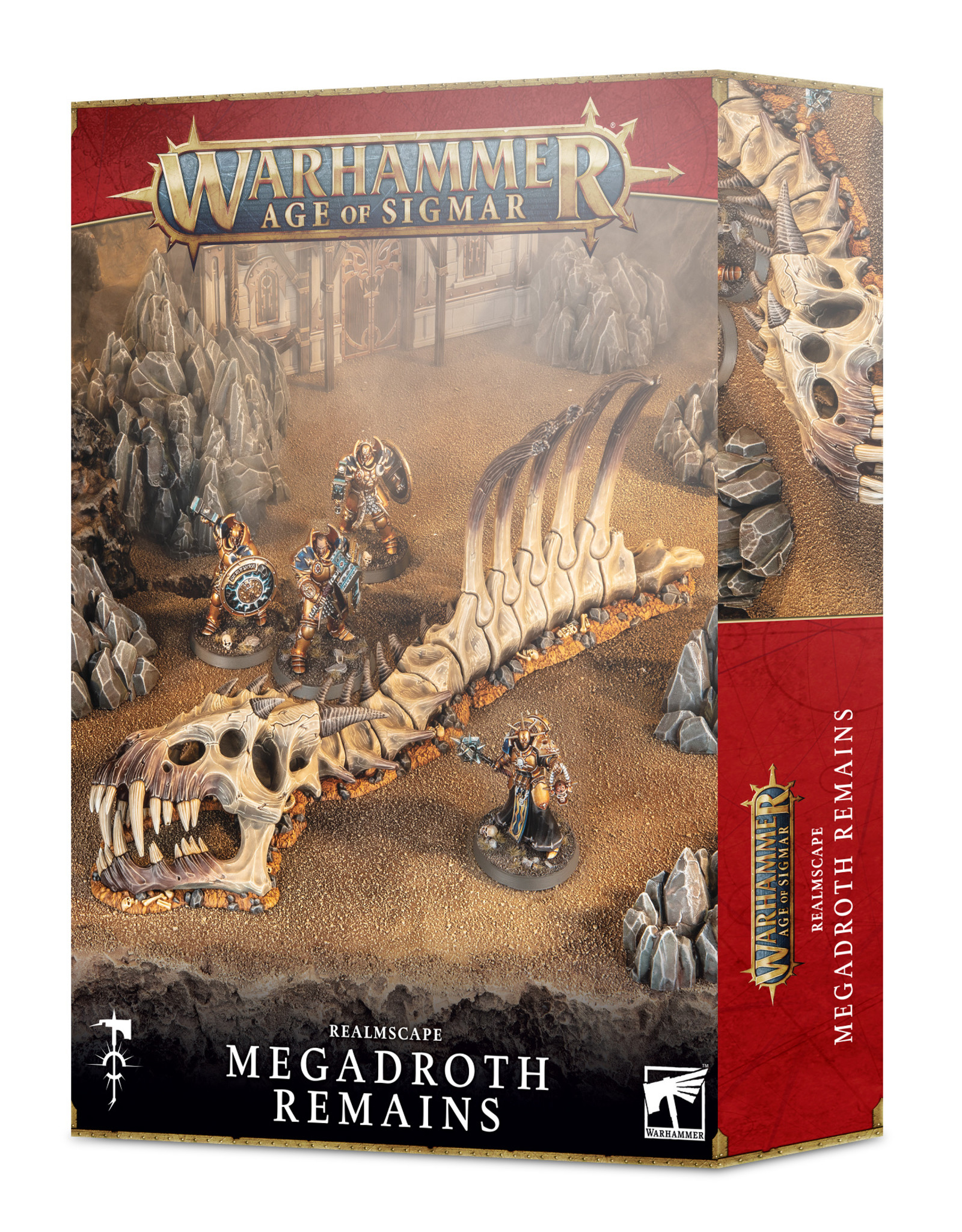 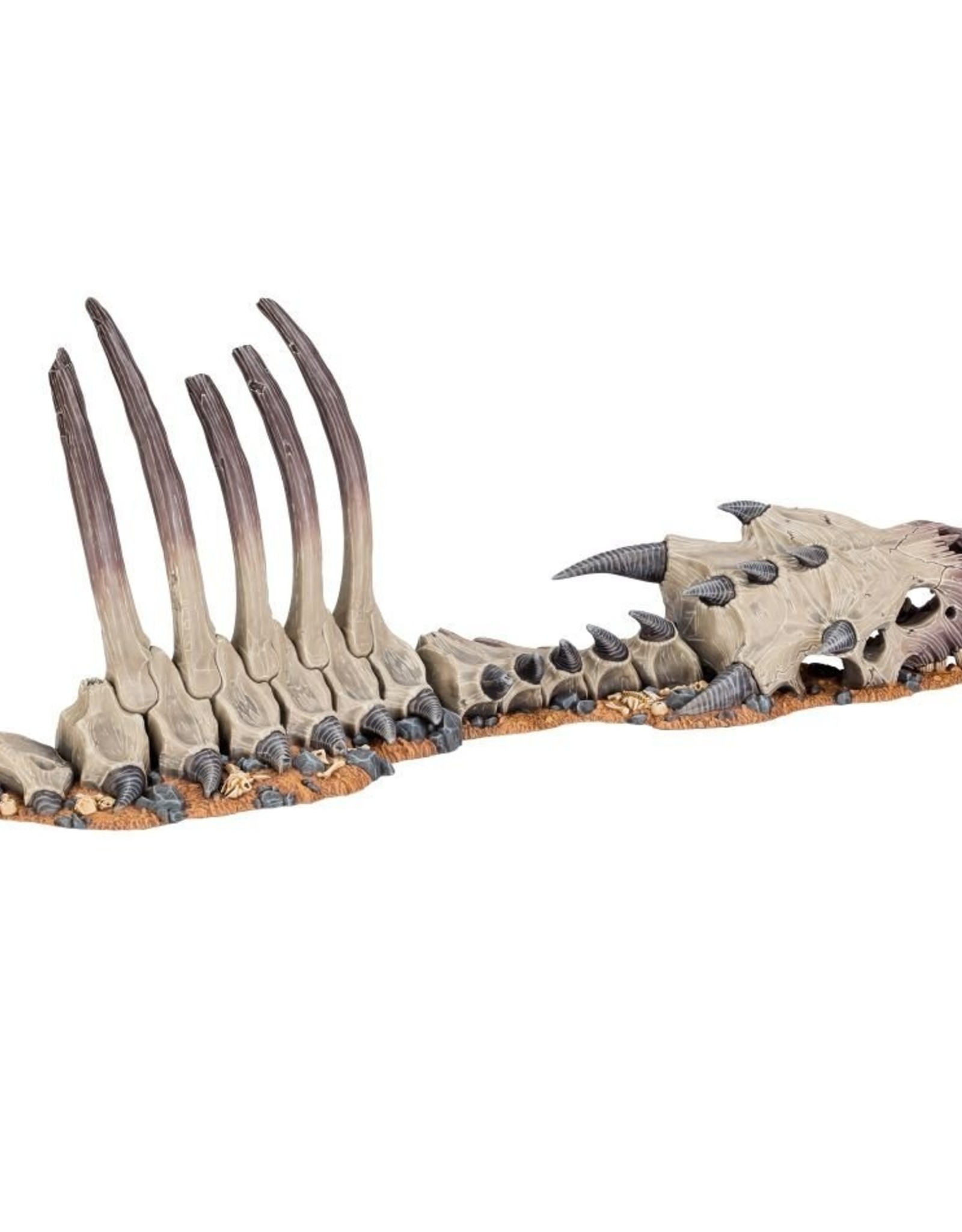 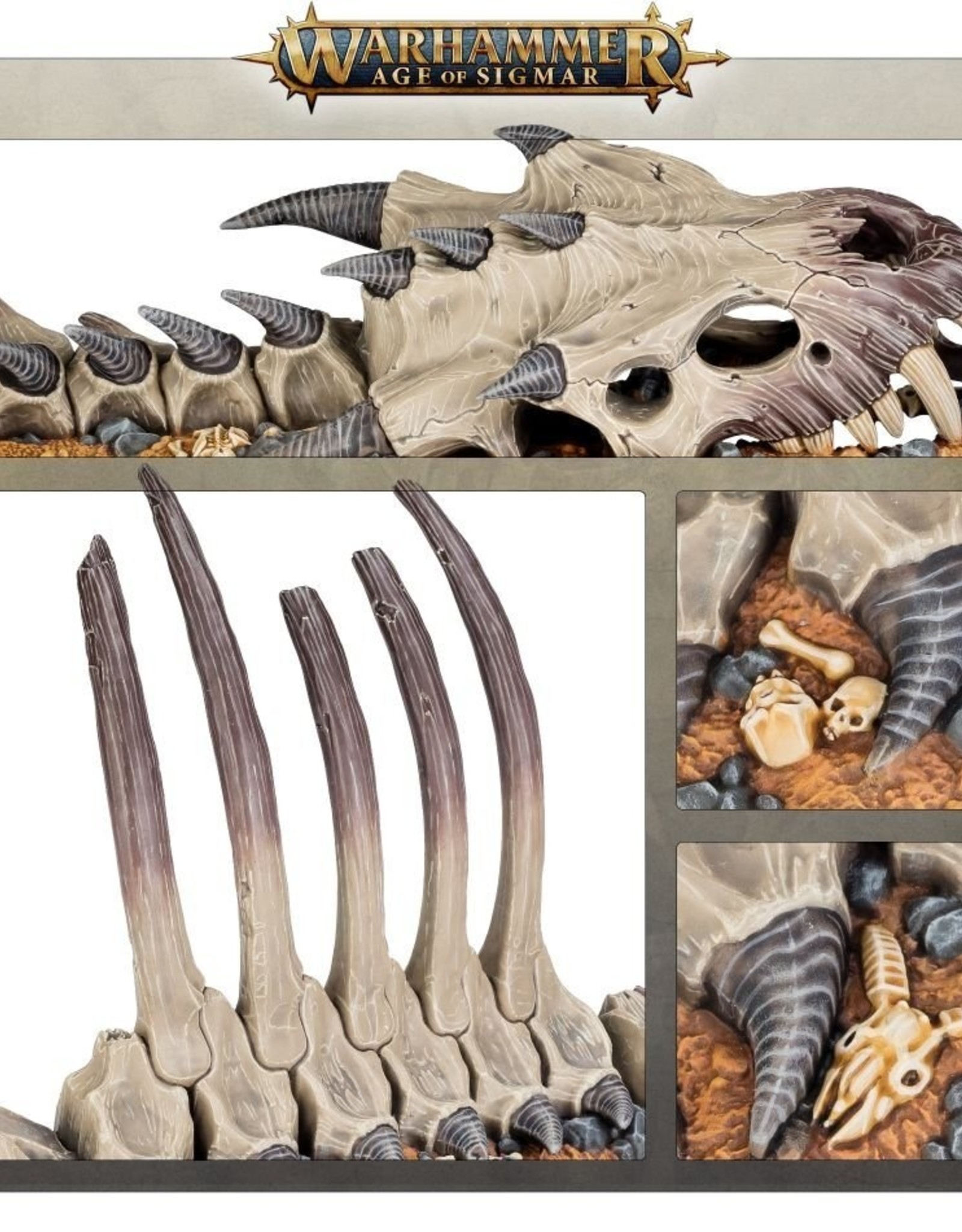 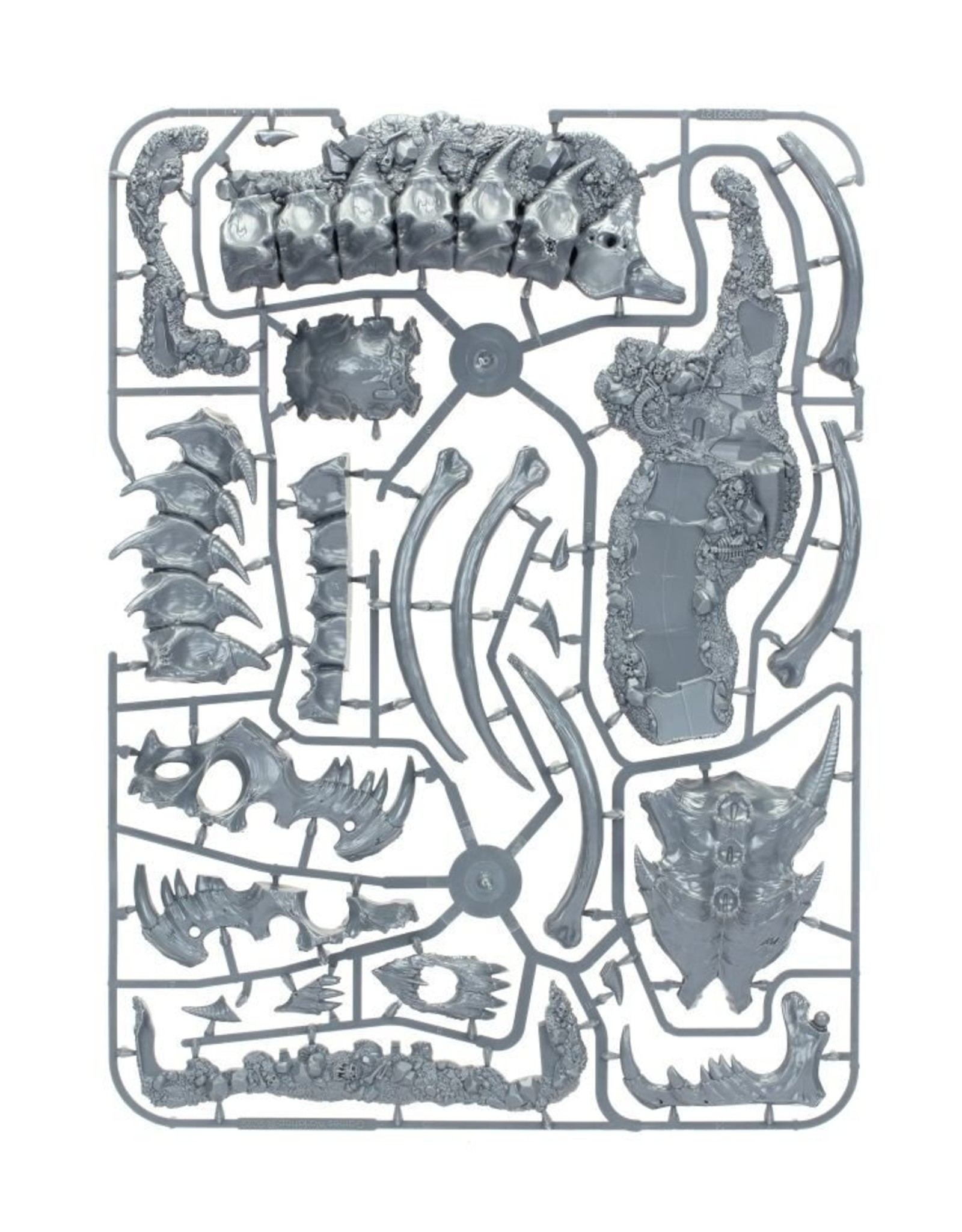 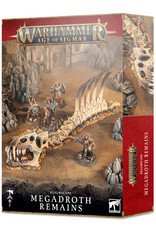 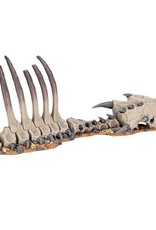 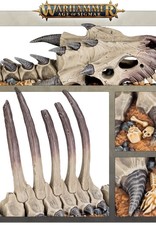 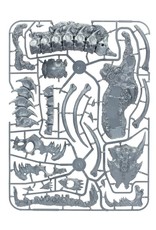 The Mortal Realms are inhabited by many strange and deadly creatures. The megadroths of Ghur are one such beast - titans that stride the plains and swamps, preying on other megafauna. When they die, their fossilised remains often become points of conflict - some seek to claim the primordial amber energy that still suffuses their bones, while others use the corpses as makeshift shelters.

This multipart plastic kit builds one set of Megadroth Remains, an imposing terrain piece themed around the wild lands of Ghur. This colossal skeleton looks right at home on any battlefield, and can be assembled as three separate sections - the ribcage, skull, and lower jaw - allowing you to arrange the fallen monster as you see fit, with an open or closed jaw. It can combined with the rest of the Realmscape terrain range to build your own Ghurish outpost for armies and warbands to fight over.

This kit comprises 23 plastic components. This miniature is supplied unpainted and requires assembly