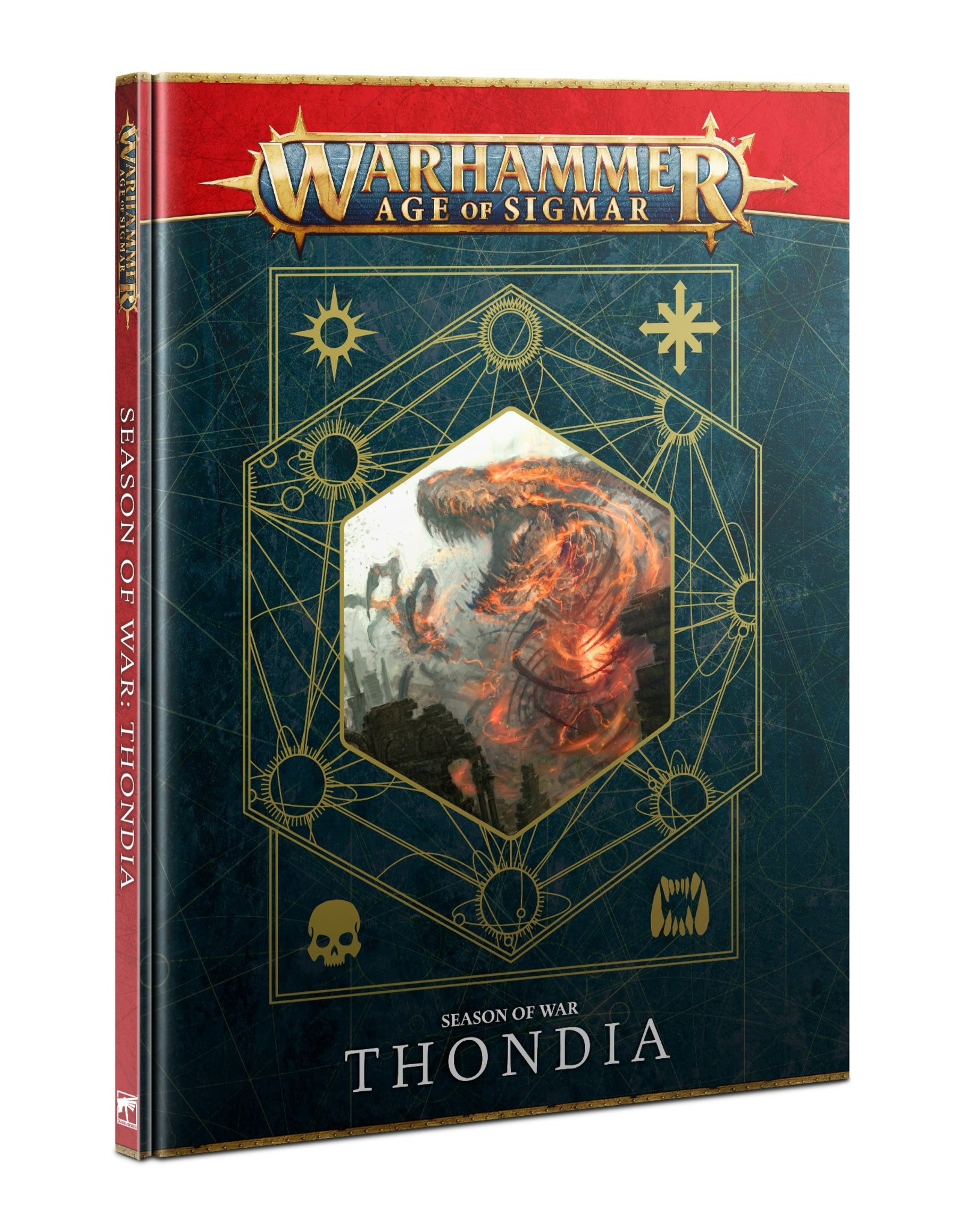 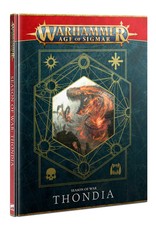 As the Era of the Beast rages on, the savage realm of Ghur awakens and the bone-strewn plains of Thondia are consumed by war. A wellspring of primordial energy has burst its banks, spilling out and settling into the souls of mortals. Rival powers fight tooth and claw in the wastes, strange dreams echo with monstrous roars, and outbreaks of animalistic mutation transform common folk into wrathful beasts. Yet all this pales before the rise of a fierce new force in the cosmos: the mystical incarnates. When the dust settles, the Mortal Realms will never be the same again.

Season of War: Thondia is the first in a new series of expansion books for Warhammer Age of Sigmar, containing a mixture of detailed background lore, gripping story, and immersive rules for the conflicts shaping the narrative of the Mortal Realms.

- An exciting narrative exploring the wild Realm of Beasts, as the Prime Huntress Yndrasta investigates the strange events transforming the land
- Detailed maps, history, and lore for Ghur, including a bestiary of the flora, fauna, and factions that make their homes on the alpha-continent of Thondia
- Rules for using the Krondspine Incarnate of Ghur, a powerful new unit type available to all factions, plus warscroll battalions and battleplans for recreating the story of Season of War: Thondia
- Realm rules for fighting in Thondia, including Realmsphere magic, monstrous denizens, and mysterious terrain, plus an open play battlepack for randomly generating your own Ghurish battleplan
- A narrative Path to Glory battlepack for founding your own Thondian outpost to explore the Realm of Beasts, plus Anvil of Apotheosis rules for creating Ghurish heroes
- A matched play Strife in Thondia battlepack including core battalions, battle tactics, grand strategies, campaign rules, and battleplans for matched play games