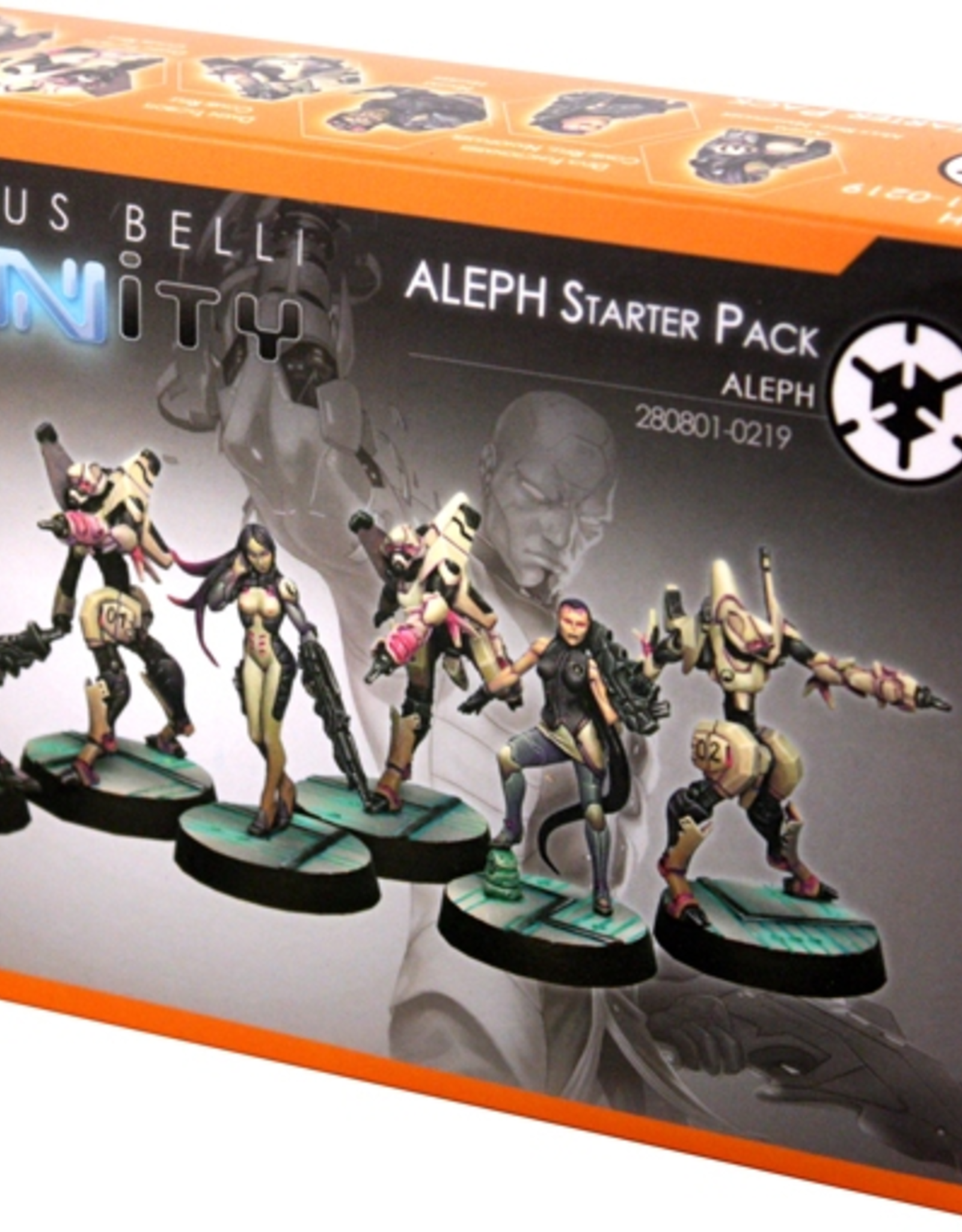 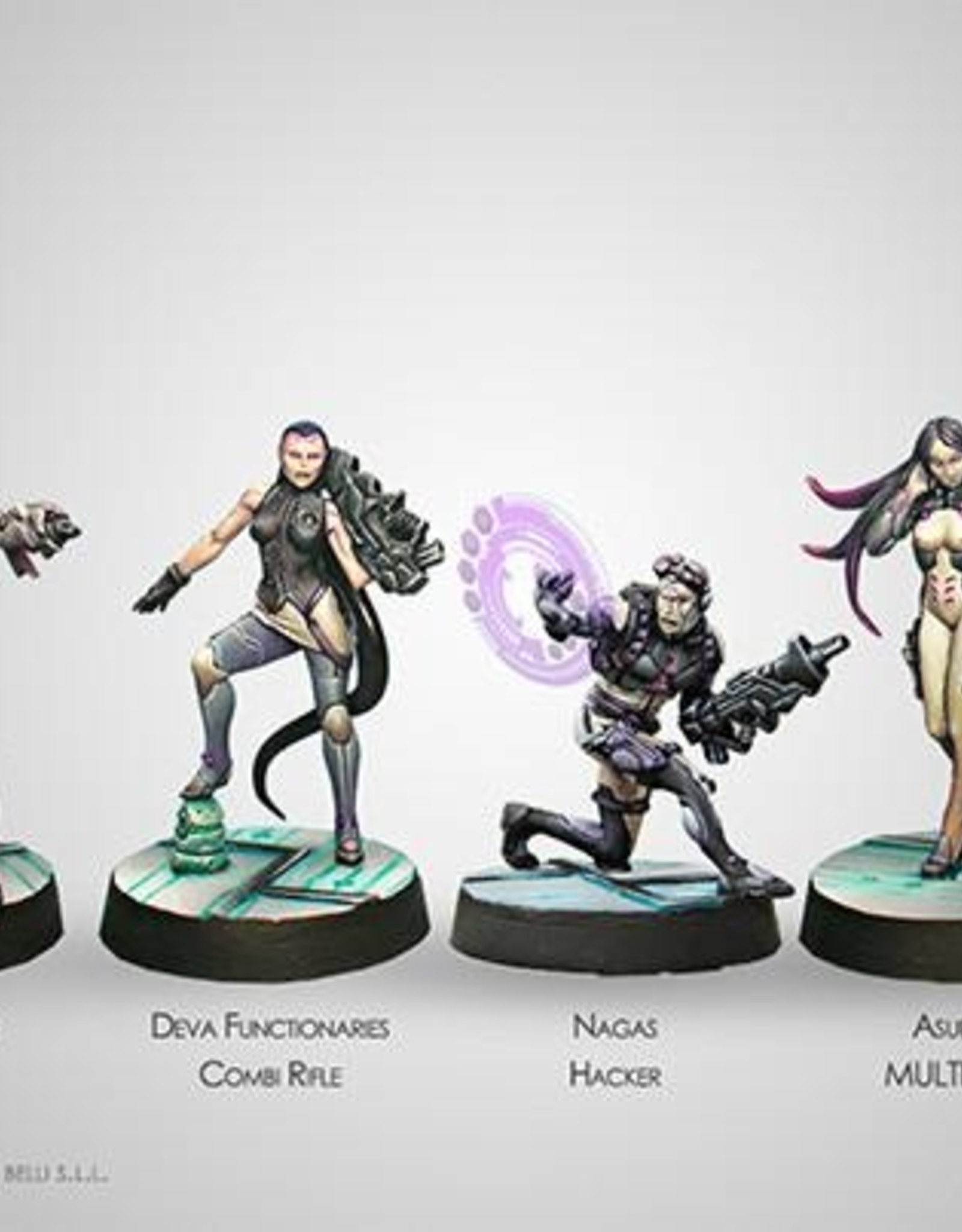 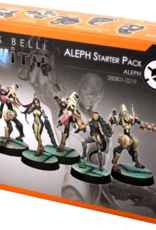 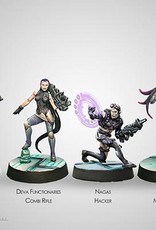 The Special Situations Section is the tactical branch of ALEPH, created to fight against the alien Evolved Intelligence and to hunt down any rogue AI in the Human Sphere. But, according to its enemies, it also exists to further the hidden agenda of ALEPH as well.

In this box you’ll find 3 Dakini Tacbots, the Remotes which constitute the base troops of ALEPH, one Combi Rifle Deva Functionary, the most common operative in the Section, one Naga Hacker, an infiltrator specialized for fighting in the jungles of Paradiso, and the mighty Asura, a powerful Heavy Infantry troop with the body of a gorgeous biosynthetically enhanced woman.

This Starter is the best option to begin collecting an ALEPH army. Connect now to the AI!

The miniatures of this product are made of metal.

The metal used is lead free, complying with Regulation (EC) No. 1907/2006 of the European Parliament and of the Council on the registration, evaluation, authorization and restriction of chemicals (REACH).

This product is not a toy.  Not intended for use of persons 14 years of age or younger.

The miniatures included in our products are supplied without paint and non-assembled.

Actual components may vary from those shown.