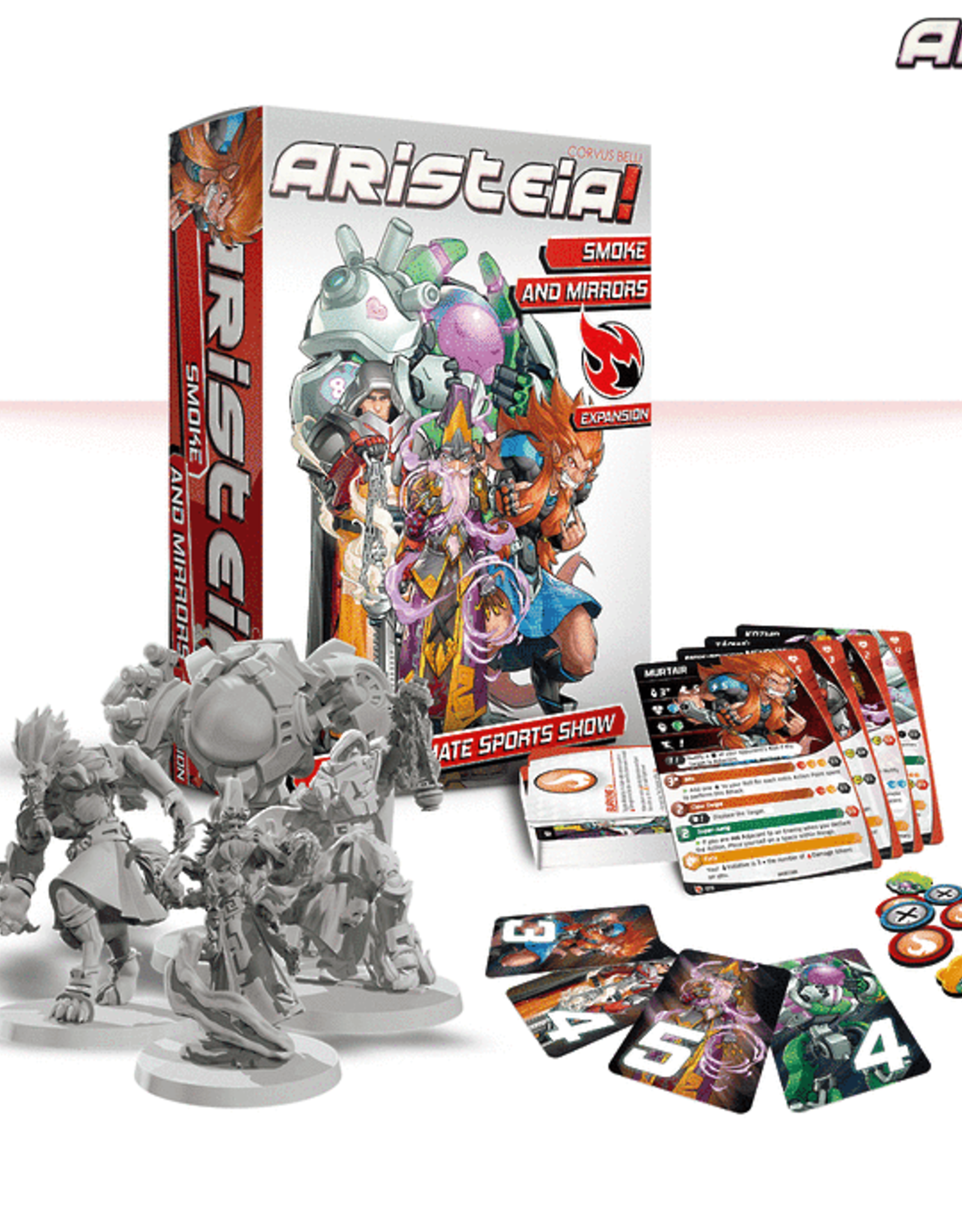 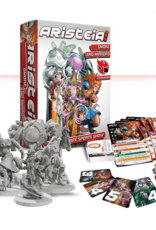 The Smoke & Mirrors (SnM) expansion pack is going to change the perception of the game, making it more entertaining than ever before! A Padre-Inquisidor willing to burn heretics, an Asian sorcerer who tortures his enemies with their worst nightmares, a bloodthirsty half-breed Wulver, and a robot that throws smoke grenades comprise the incredible characters who will mesmerize the audience. Nothing is what it seems in Aristeia!

Besides adding four plastic preassembled miniatures, made with the signature highest quality you can expect from Corvus Belli, each Aristeia! expansion includes 4 character cards, 4 initiative cards, 16 Tactics, 2 rules cards explaining the new States, and all the tokens needed to play this expansion. A total of 92 cards in every box, because it includes a copy for each language: Spanish, English, German, and French.

This product is not a toy. Not intended for use of persons 14 years of age or younger.
Miniatures included in products are provided unpainted. Assembly may also be required. Actual components may vary from those shown.