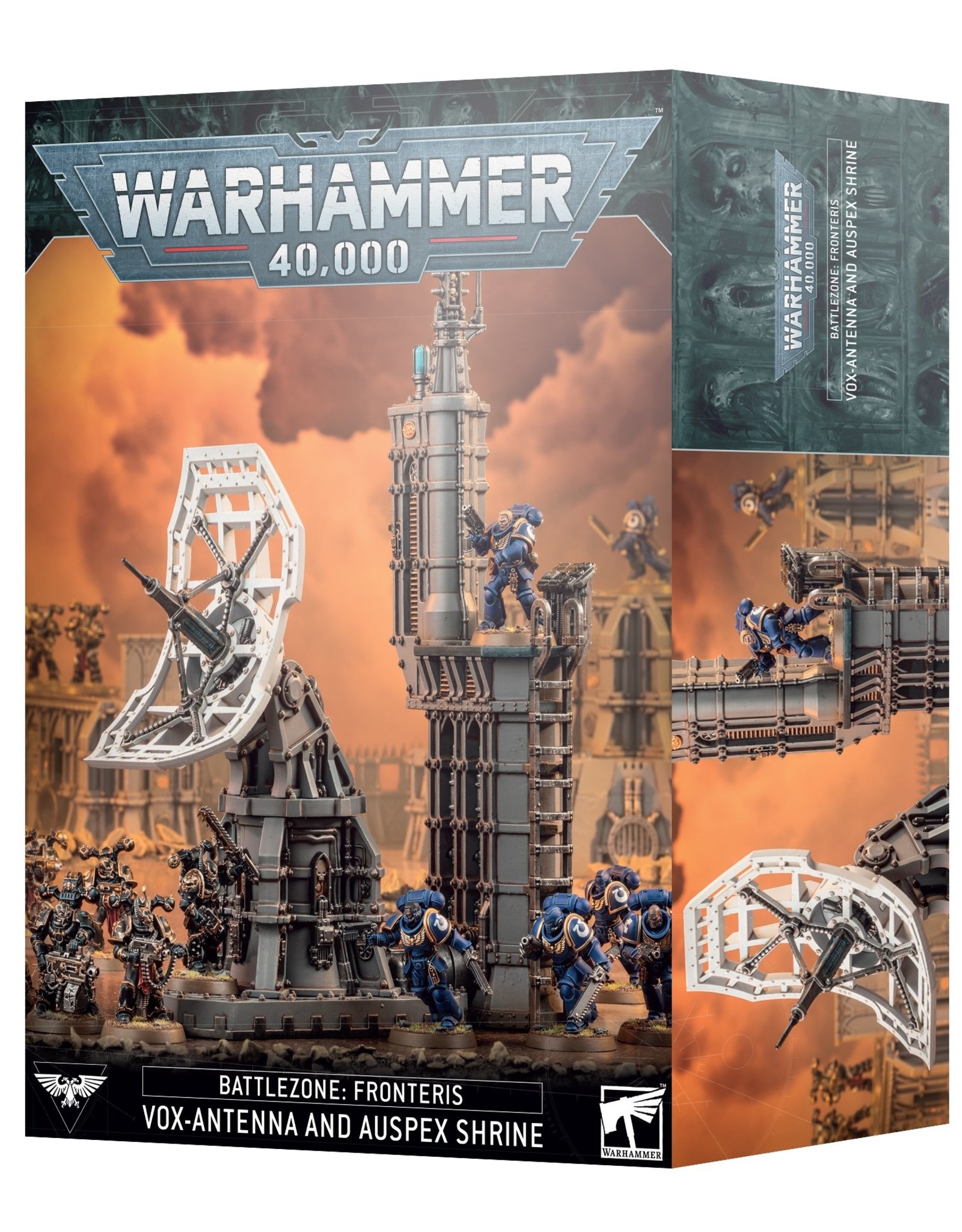 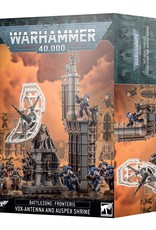 Build an immersive battlefield and wage war on a hotly contested frontier world with terrain pieces representing rugged Imperial structures – such as a Vox-Antenna and Auspex Shrine. These robust arrays are a vital source of communication for frontier worlds, and are easily repurposed by the forces that fight over them – whether they bolster their spirits by downloading propaganda from an Auspex Shrine, or coordinate a devastating assault with the help of a Vox-Antenna broadcast.

This kit is comprised of 36 plastic components, with which you can assemble one Vox-Antenna and one Auspex Shrine.

These miniatures are supplied unpainted and require assembly