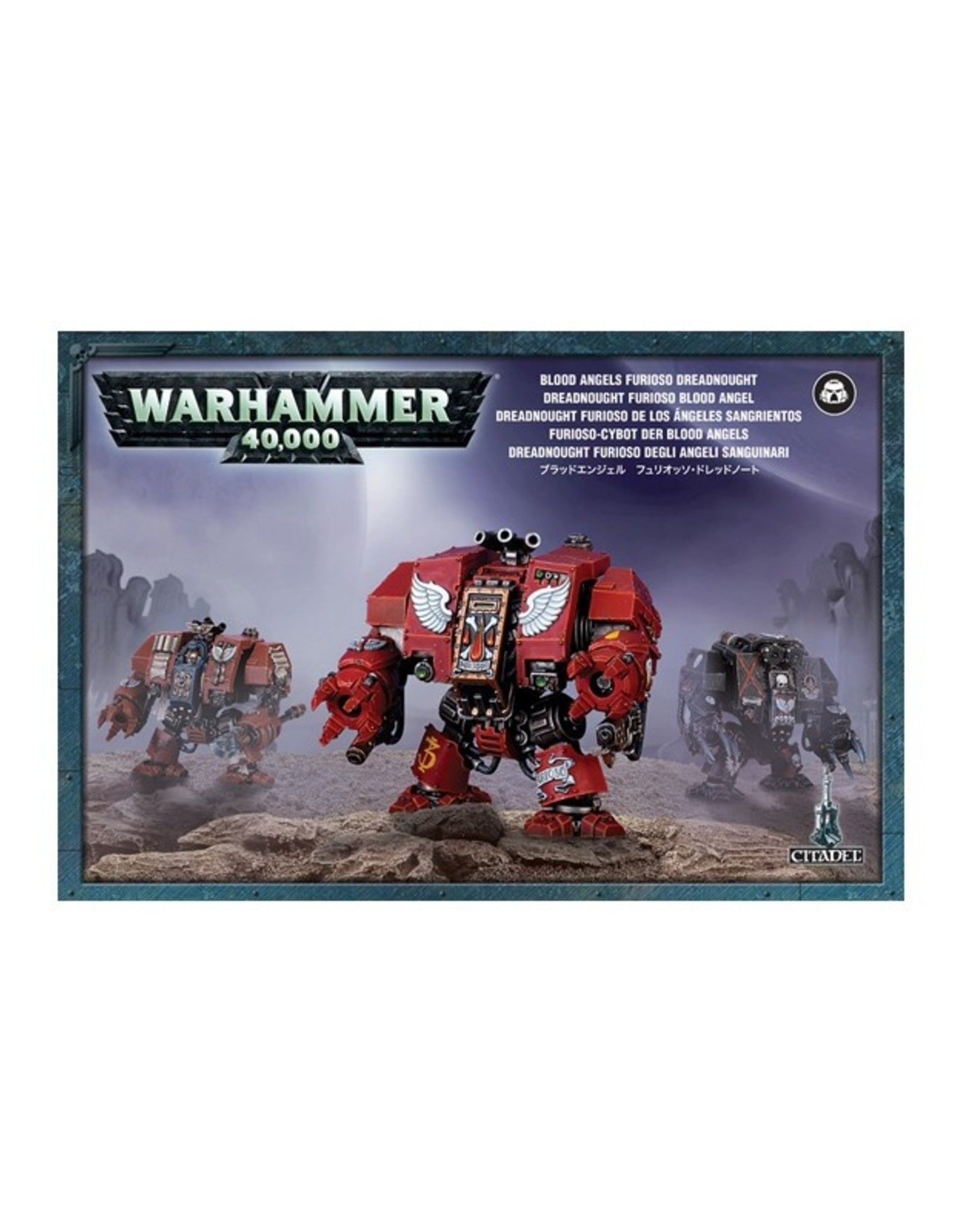 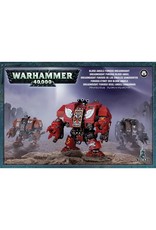 The Furioso Dreadnought is death incarnate, a towering war machine whose fearsome weaponry is guided by a pilot buried deep within its shell. Many bear the scars from thousands of years of warfare and they are revered within the Blood Angels Chapter as living relics. Some Furioso Dreadnoughts are guided by the crippled and ancient body of a Blood Angels Librarian, whilst others have succumbed to the Black Rage and now fight alongside the Death Company, intent on destruction and death.