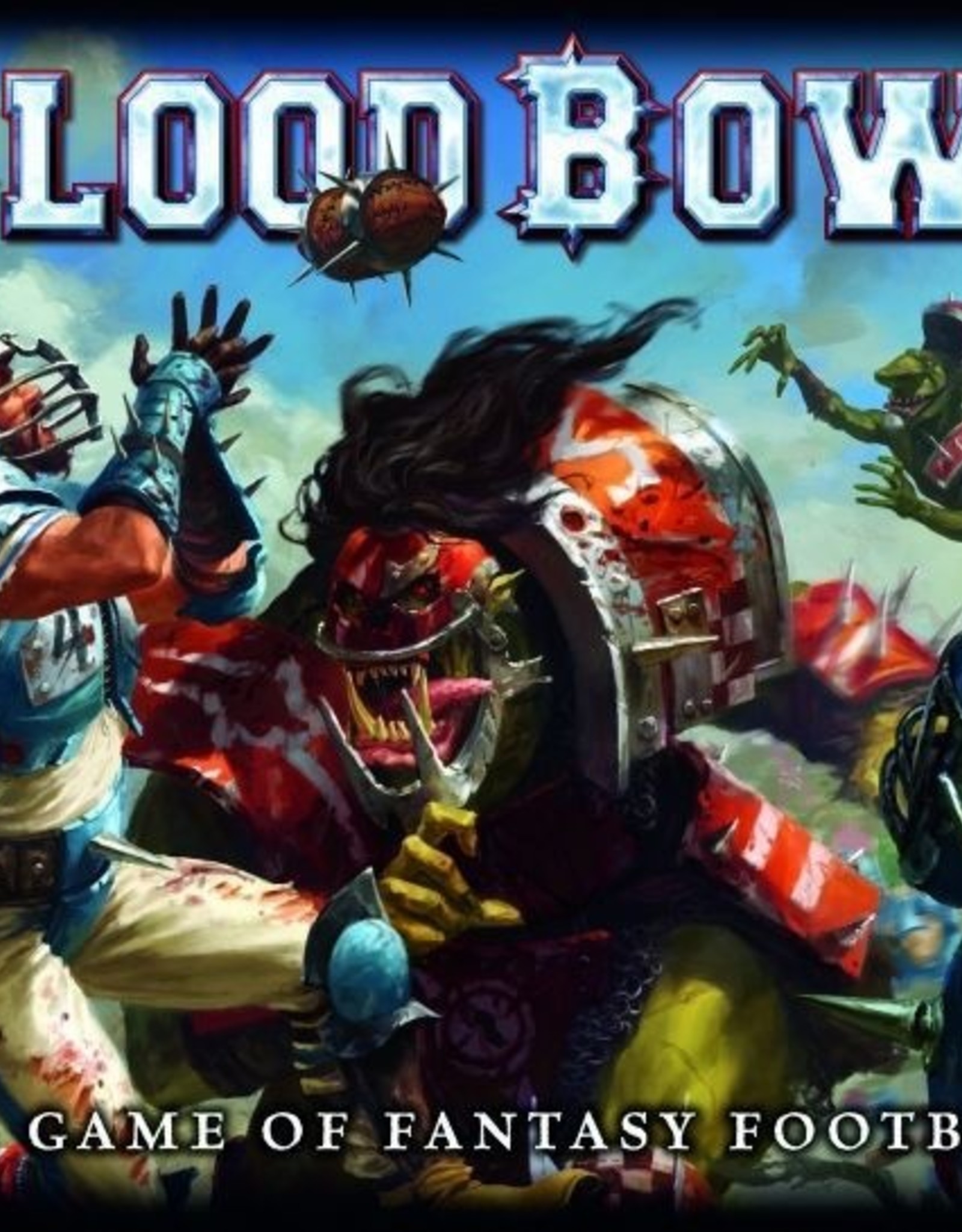 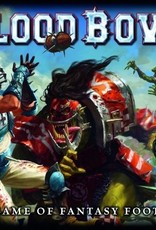 Blood Bowl is a game of Fantasy Football. The basic game features a match between two teams drawn from a number of fantasy archetypes, playing a warped version of American Football.

The Blood Bowl boxed game contains two teams: Humans, an all-round team who are flexible enough to adapt to any style of play, or Orcs, who make up in brute force what they lack in finesse. The teams are represented by coloured plastic miniatures, and push-fit assembly is required before use. The game is expandable, and additional rules and teams will be made available through expansion sets and supplements.

Actions in the game are resolved through the use of dice. Regular six-sided dice are used to make tests in a number of cases, such as when a player attempts to pick up the ball, pass it, catch it or dodge past an enemy player. Custom dice are used when one player wishes to Block another, using graphics to represent each of the different (but all violent) potential outcomes.

The rules in this edition of Blood Bowl are almost identical to those found in the Competition Rules Pack, which was the culmination of several years of development of the Blood Bowl Living Rulebook. This has resulted in an incredibly well-honed game which sees regular competition play around the world. In fact each team takes turns moving, blocking and advancing the football down the field. The game comes with plastic miniatures.