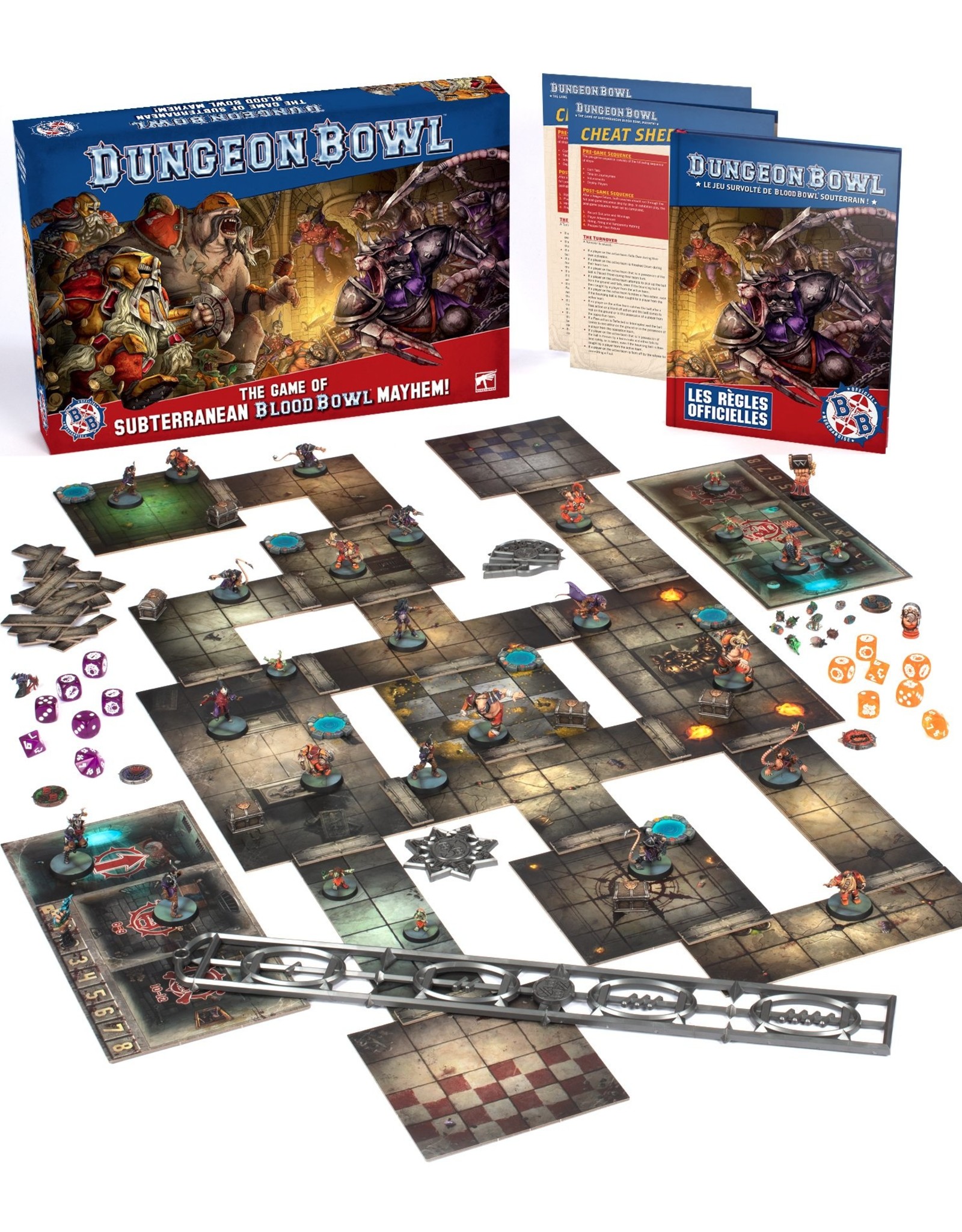 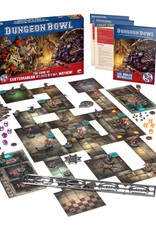 Dungeon Bowl casts you as the coach of a team of players from one of the eight Colleges of Magic. As you hunt the game ball in a dastardly dungeon, you'll avoid traps, jump through portals, and rummage through chests to find treasure beyond your imagination – all in the name of glory, pride, and scoring a single magnificent touchdown.

You decide the line-up, and you decide the tactics, but just remember – it's not the winning that matters most, but the amount of carnage that you cause along the way!

Dungeon Bowl is the game of Subterranean Blood Bowl mayhem, played between two players. In this box, the College of Fire and the College of Shadows face off against each other in a dungeon with a customisable layout, packed with portals to jump through and chests to ransack. Will you be able to score a touchdown, or will you be scuppered by traps and opponents you encounter along the way?

This box comes with everything you need to get started in your quest to find the ball and score that single, scintillating touchdown.