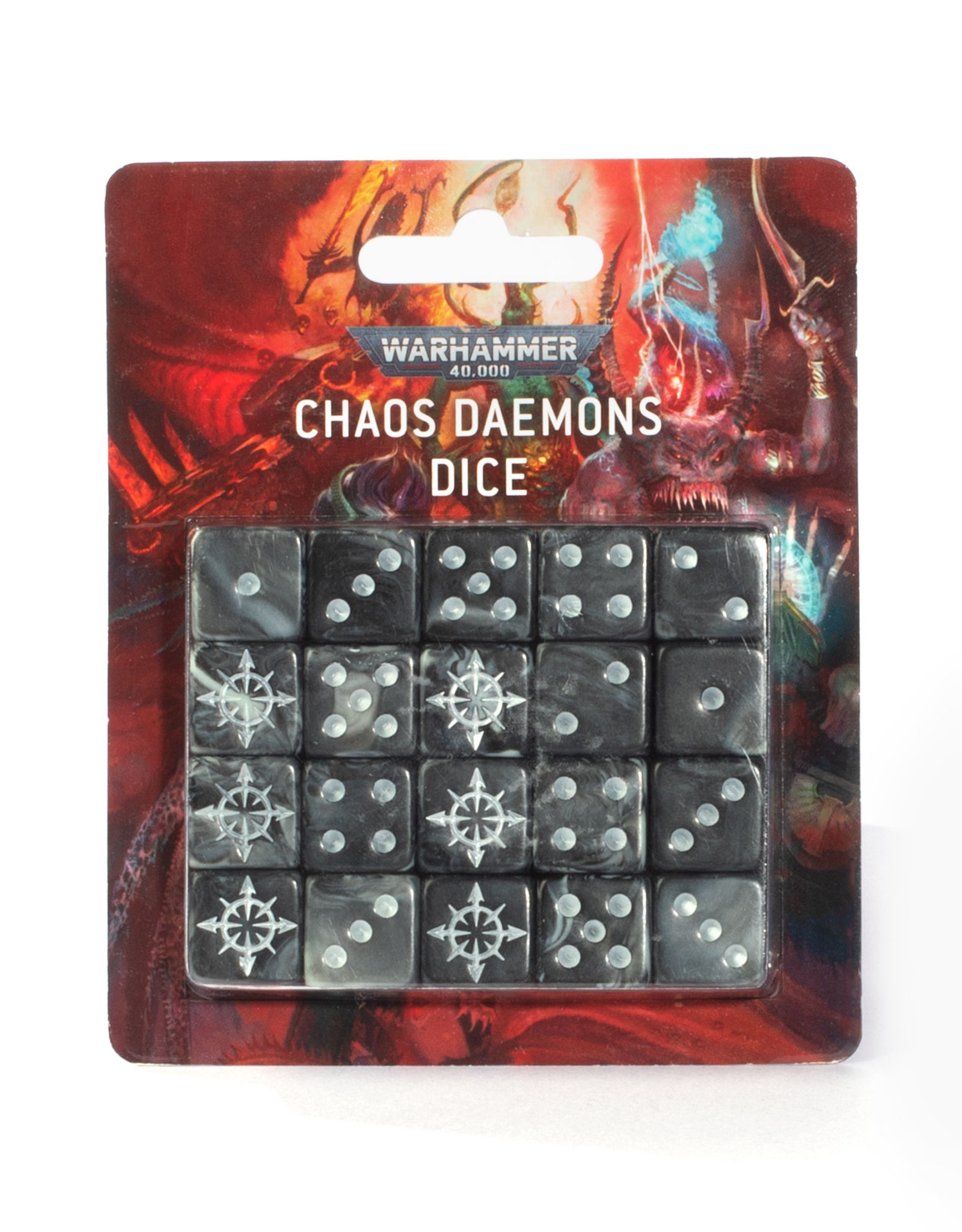 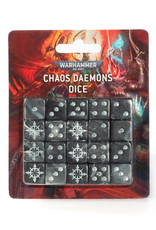 The daemonic forces of Chaos invade reality in service to the Dark Gods, leaving naught but death and corruption in their path. Show your allegiance to the shadowy depths of the warp – and perhaps the First Prince who dwells there – with this set of Chaos Daemons-themed dice.

This set includes 20 six-sided dice measuring 16mm along each edge. They are cast in swirling patterns of black and grey, offset with metallic silver pips and a jagged 8-pointed star on each 6 face.