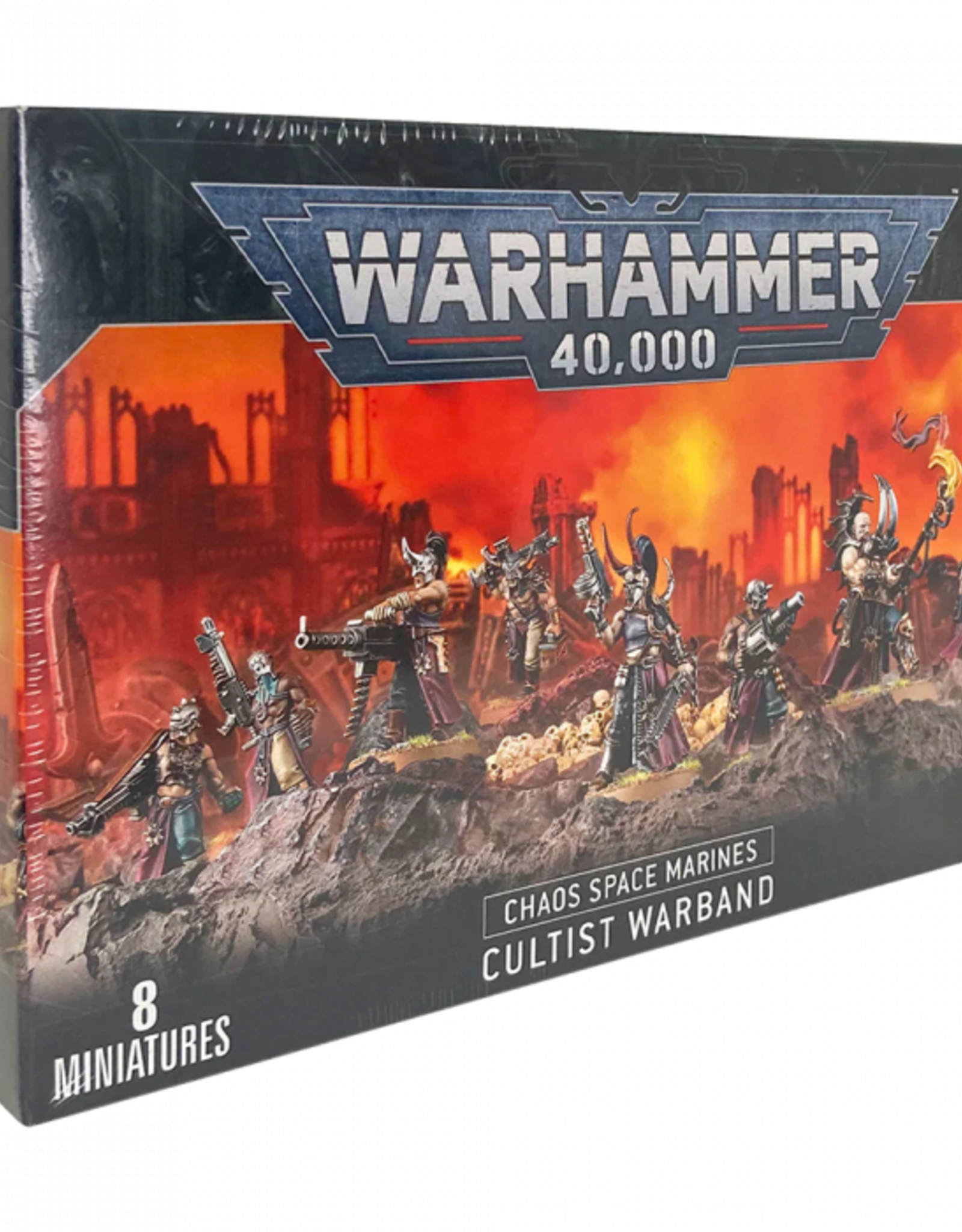 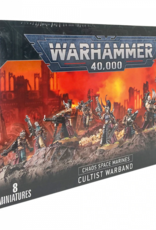 Chaos Cultists are the mortal devotees of the Dark Gods, ordinary men and women fallen to promises of temporal power who take to battle in huge numbers. Bearing a motley collection of improvised, stolen and makeshift weapons, they can overwhelm even determined enemies with sheer weight of numbers.

This multipart plastic kit builds eight Chaos Cultists for use in games of Warhammer 40,000 and Blackstone Fortress. In addition to a Cultist Firebrand and Cultist Champion, the set includes four Cultists armed with autoguns and grenades, one Cultist armed with a heavy stubber, and one Cultist armed with a grenade launcher. Clad in the same daemonic masks and ragged clothes as the Cultists found in the Chaos Cultists set, these models are perfect for adding firepower to a Cultist Mob.

These models were originally released in Blackstone Fortress: Escalation, and are perfect for use as hostiles in games of Blackstone Fortress with the Abominable Intellect cards, which increase the difficulty level of your quests.

This set comprises 35 plastic components, and is supplied with 1x Citadel 32mm Round Base and 7x Citadel 25mm Round Bases. These miniatures are supplied unpainted and require assembly