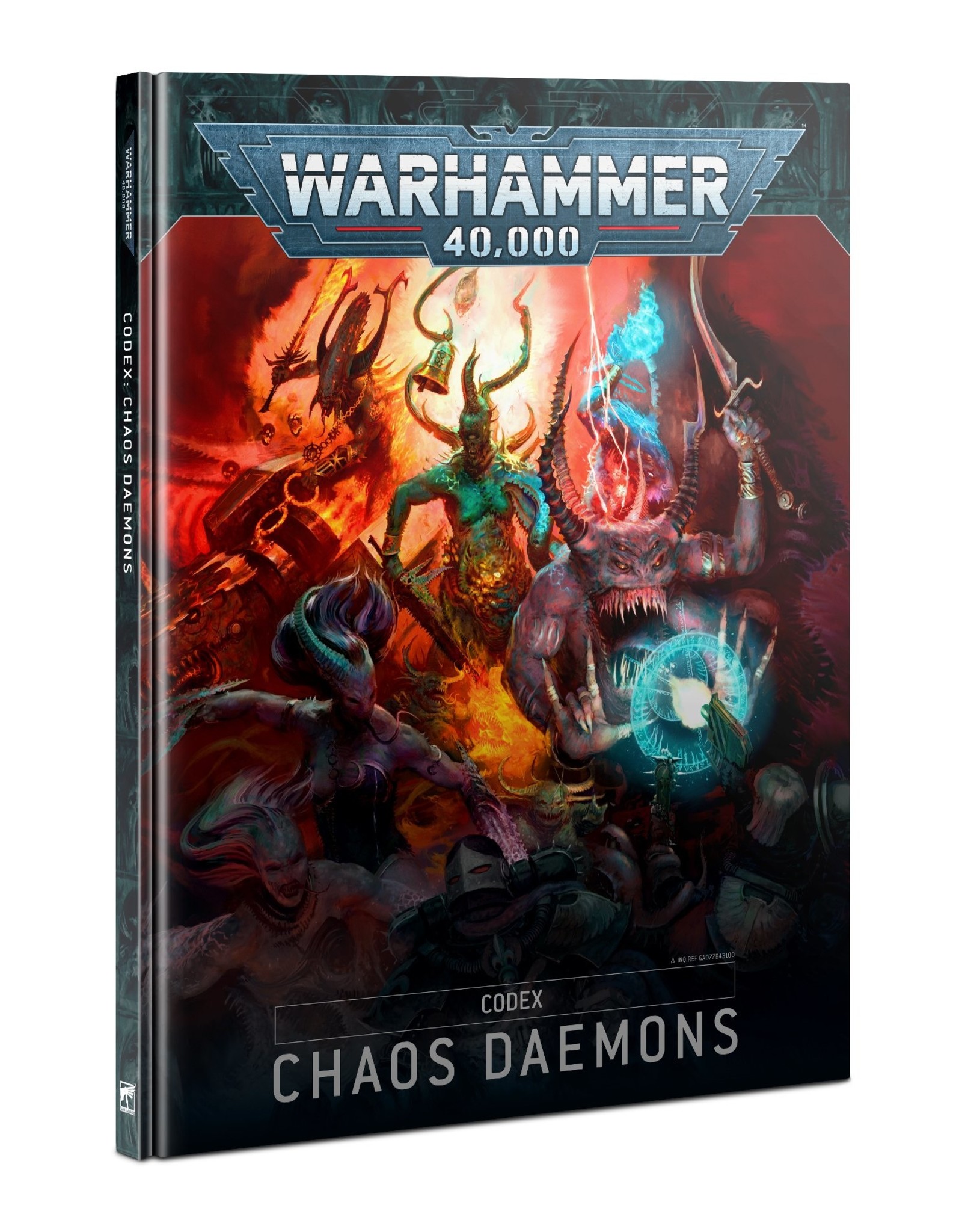 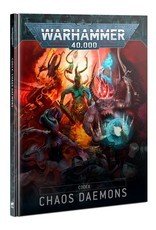 The daemonic servants of the Chaos Gods spill from the madness of the warp to corrupt and slaughter. Gore-drenched daemons of Khorne hack heads from shoulders, while daemons of Slaanesh tempt, beguile, and then butcher their glassy-eyed victims. The daemons of Nurgle unleash unholy maladies upon horrified foes, even as the daemons of Tzeentch caper madly through their midst, hurling gouts of mutating warpfire in all directions.

Infernal war engines and strange sorceries inflict unimaginable torments on enemies driven mad with terror by the mere presence of daemons. Meanwhile, the lunatic horror of the warp rages wild, and in its shadow the very battlefield contorts and deforms at the touch of Chaos. Tireless, immortal, and altogether evil, the daemon legions of the Dark Gods march ever onward in their gruesome quest to plunge all of reality into the endless insanity of the warp.

This expansive book is a must-have guide for those who collect and play Chaos Daemons, as well as anyone who conjures daemonic allies for their Chaos armies. It contains all the rules needed to play a Chaos Daemons army – allowing you to mix-and-match Ruinous Powers to suit your favoured playstyle, or focus on your favourite of the Dark Gods – along with eldritch background lore detailing the otherworldly existence of daemons, the endless Great Game, and war zones across the galaxy plagued by hellish incursions.

– In-depth background explaining the twisted nature of the Dark Gods and their servants, as well as their exploits and conquests across all planes
– Disturbing artwork that illustrates the pure madness of the warp, and the bizarre entities that call it home
– All the rules you need to play a Chaos Daemons army, including 56 datasheets, Warp Storm effects, unique rules for each god, an Army of Renown for the Disciples of Be'lakor, and more
– Rules for Crusade campaigns and narrative games that allow your army to play out the eternal Great Game, and prove which of the Chaos Gods is mightiest of all
– A photography showcase of stunning ‘Eavy Metal models to celebrate the sinister majesty of Chaos and inspire your own collection