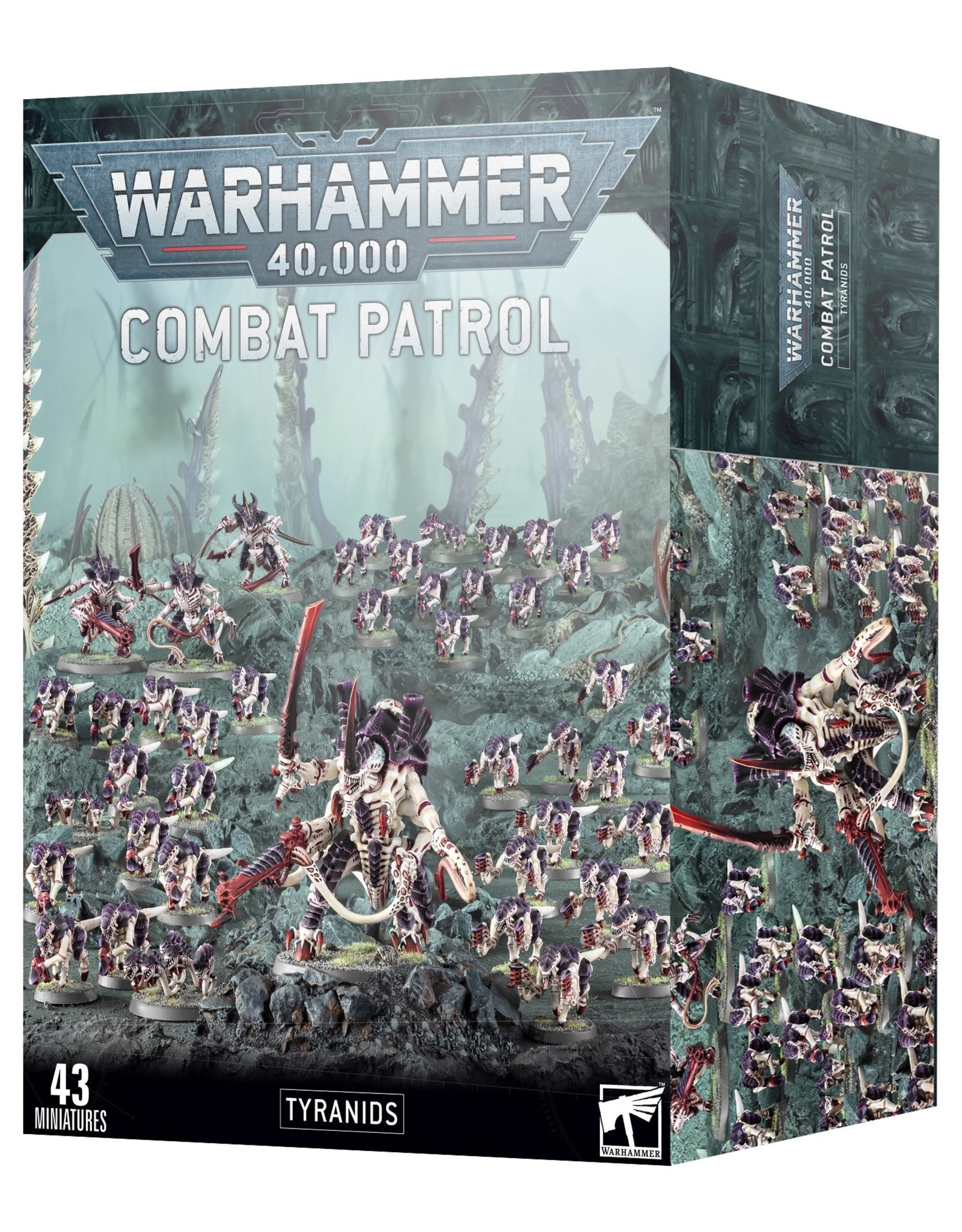 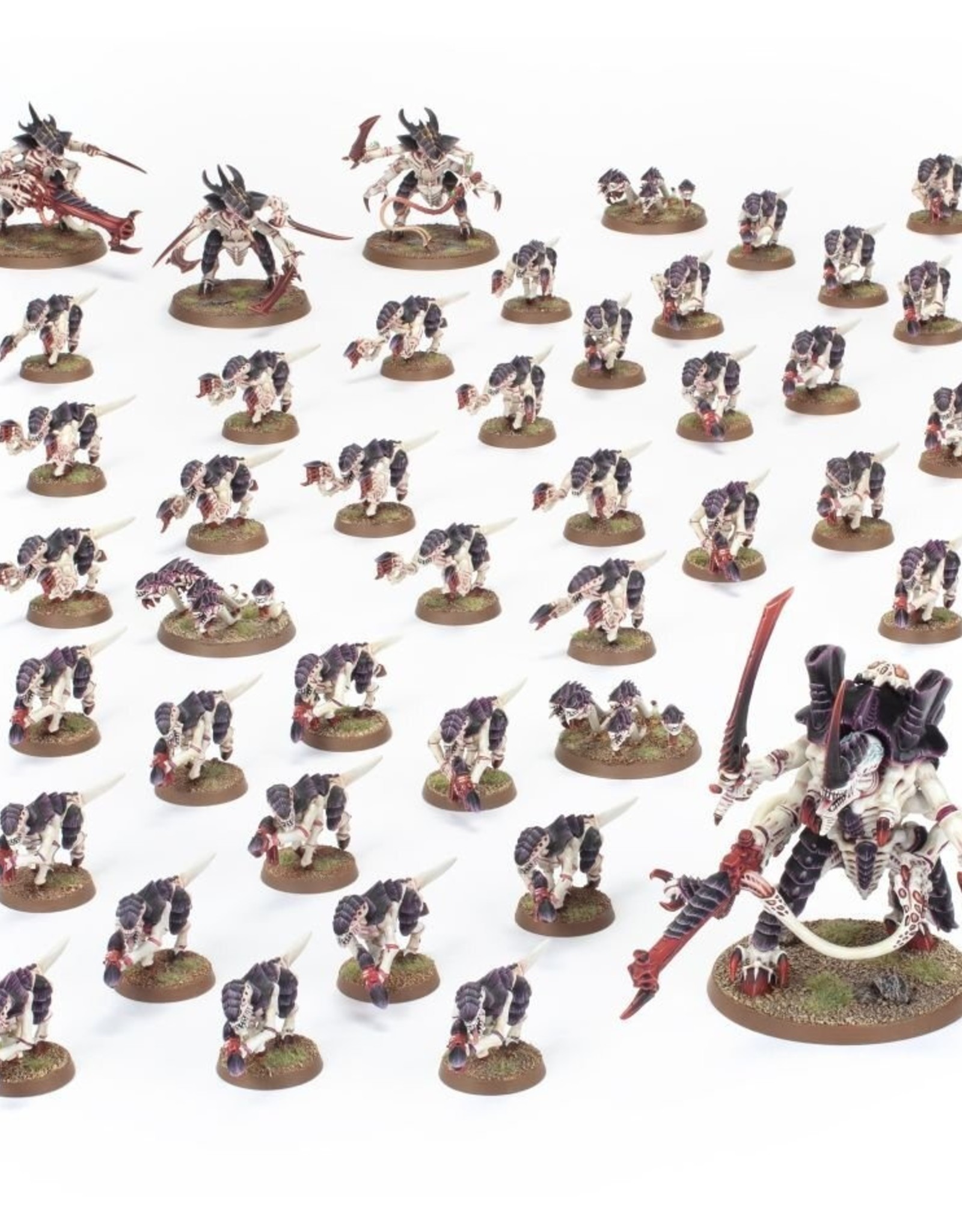 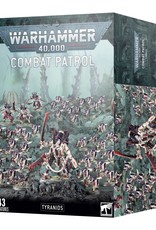 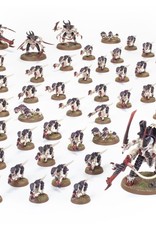 The Tyranids are rapacious alien swarms that emerge from the cold darkness of the intergalactic void. Guided by the unknowable intellect of the Hive Mind, these nightmarish super-predators hunt, kill, and feed without end, stripping world after world of biomass and leaving nothing but airless rocks in their wake. When the Tyranids make planetfall, a seemingly endless tide of Termagants spit vile living ammunition at hapless defenders, while writhing Ripper Swarms surge over the wounded and dead alike. These creatures are guided by intelligent Tyranid Warriors – vicious bioforms bristling with organic weapons – and a monstrous Hive Tyrant, the towering psychic lynchpin of the swarm's advance.

Command a teeming horde of bio-engineered monsters to devour the galaxy with Combat Patrol: Tyranids! This boxed set provides you with all the units you need to get started or reinforce an existing army. The contents of this set have been specifically chosen to provide you with a Tyranids force ideal for Combat Patrol-sized games – approximately 25 Power Level's worth of models, which can be built in a variety of ways – and you will also save you money compared to buying the contents individually.

All models are supplied with their appropriate bases.

These miniatures are supplied unpainted and require assembly