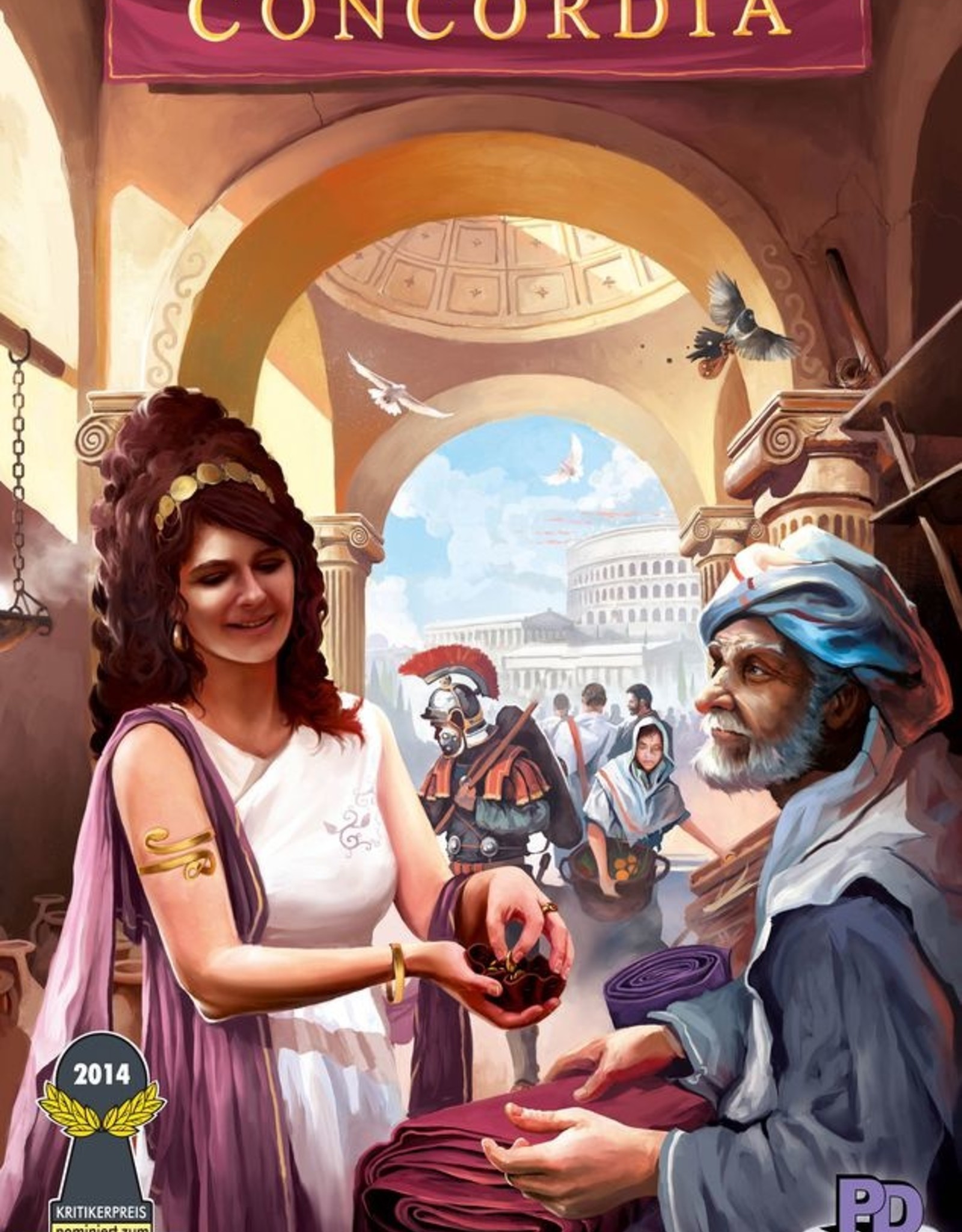 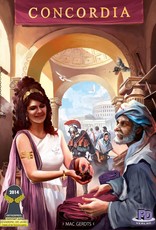 Concordia is a peaceful strategy game of economic development in Roman times for 2-5 players aged 13 and up. Instead of looking to the luck of dice or cards, players must rely on their strategic abilities. Be sure to watch your rivals to determine which goals they are pursuing and where you can outpace them! In the game, colonists are sent out from Rome to settle down in cities that produce bricks, food, tools, wine, and cloth. Each player starts with an identical set of playing cards and acquires more cards during the game. These cards serve two purposes:

Every game is different, not only because of the sequence of new cards on sale but also due to the modular layout of cities and two game boards. When all cards have been sold or after the first player builds his 15th house, the game ends. The player with the most VPs from the gods wins the game.