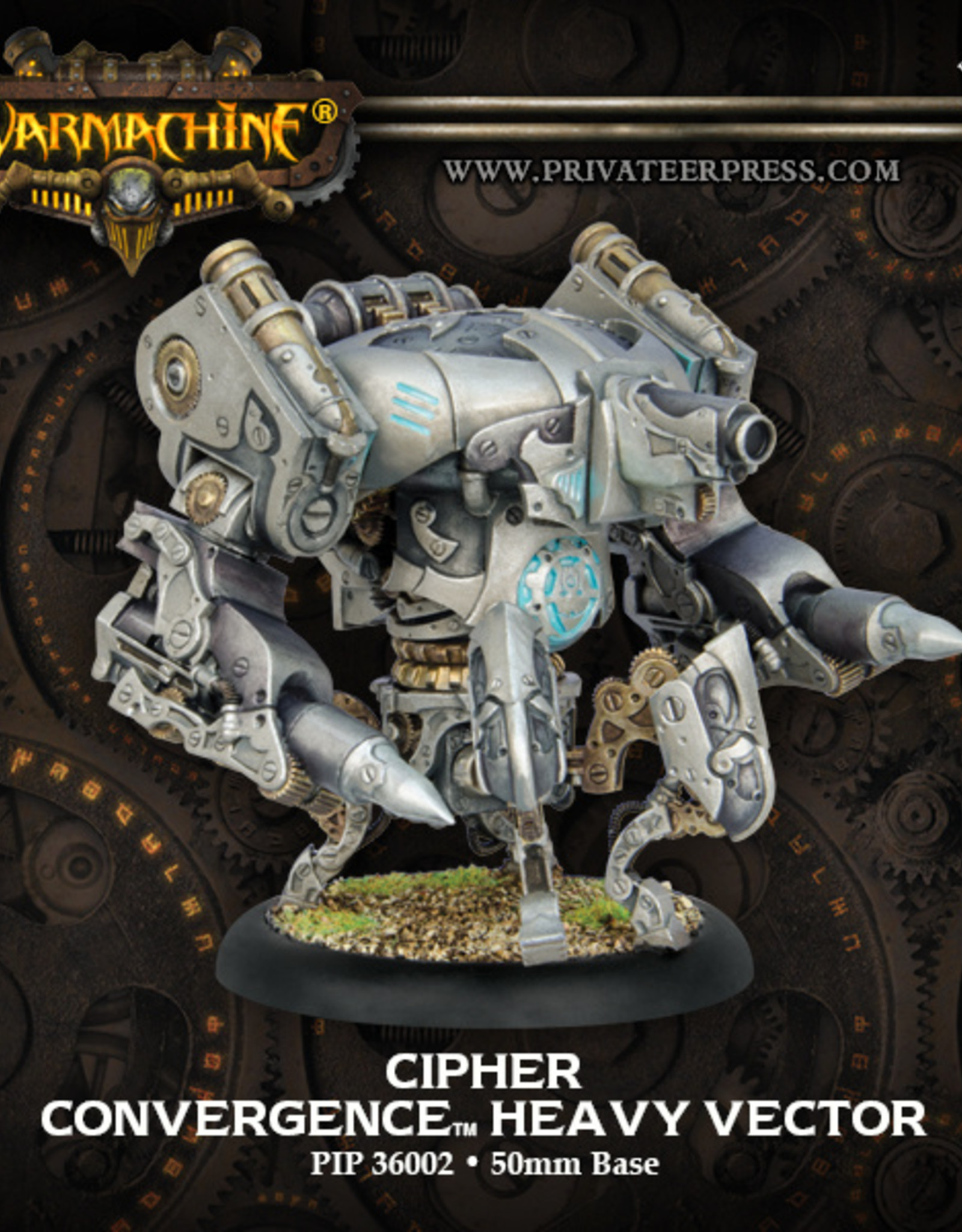 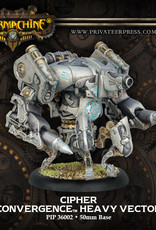 The Inverter represents the first of the Convergence of Cyriss' vector chassis. Designed specifically for brute force, its heavy spring-loaded macropummeler sends its unfortunate opponents crashing to the ground, making them easy targets for the finishing blows of its meteor hammer.

The Cipher supports the assault with a pair of hydraulically powered piston spikes and an integrated servipod mortar that can unleash several different ammunition types in support of its army's advance.

The Monitor, with a wicked ellipsaw flinger that sends powerful blades spinning toward enemies, represents a deadly ranged threat to any who oppose the Maiden of Gears.

Contains: 1 Miniature which can be build as a Cipher, Inverter or Monitor