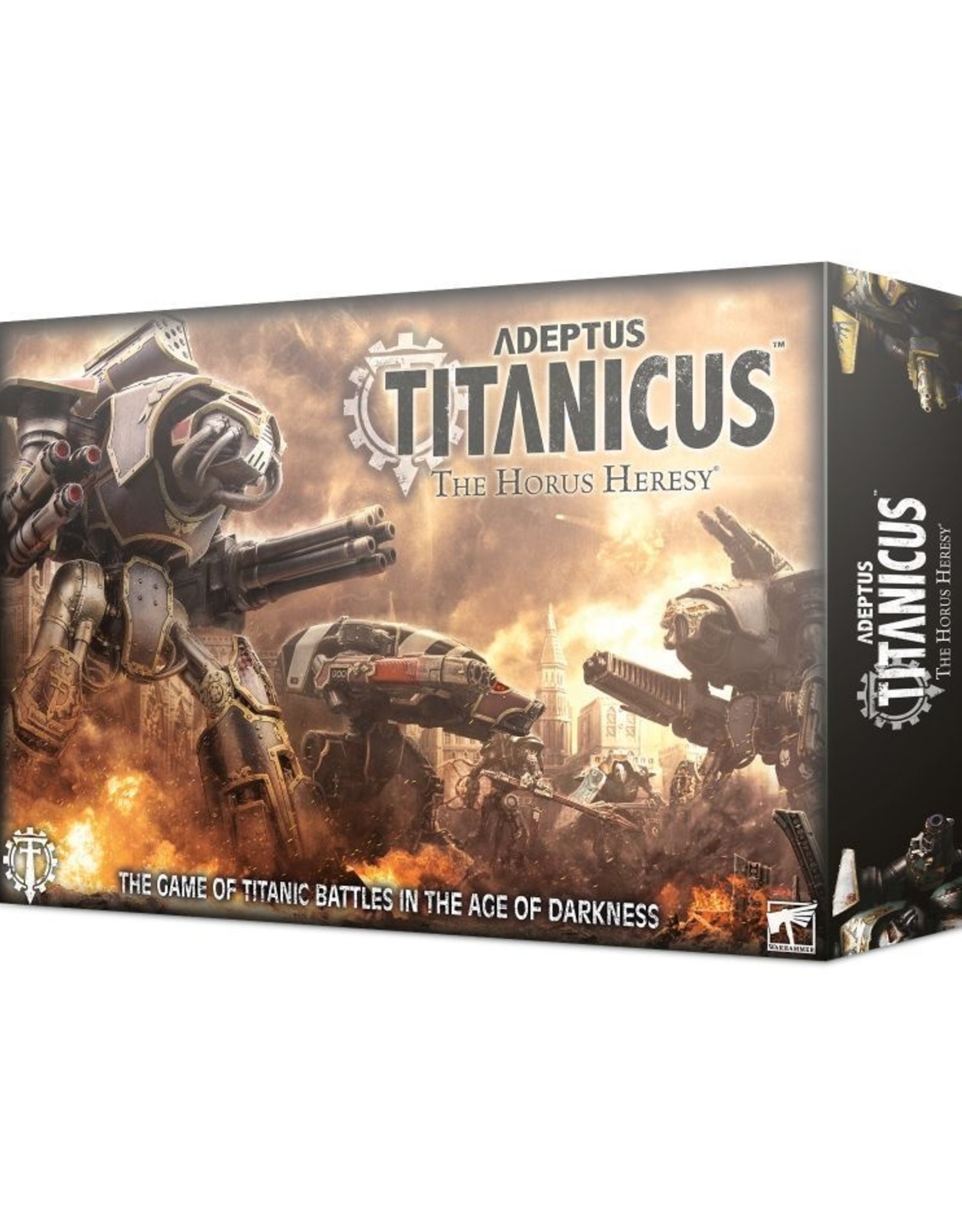 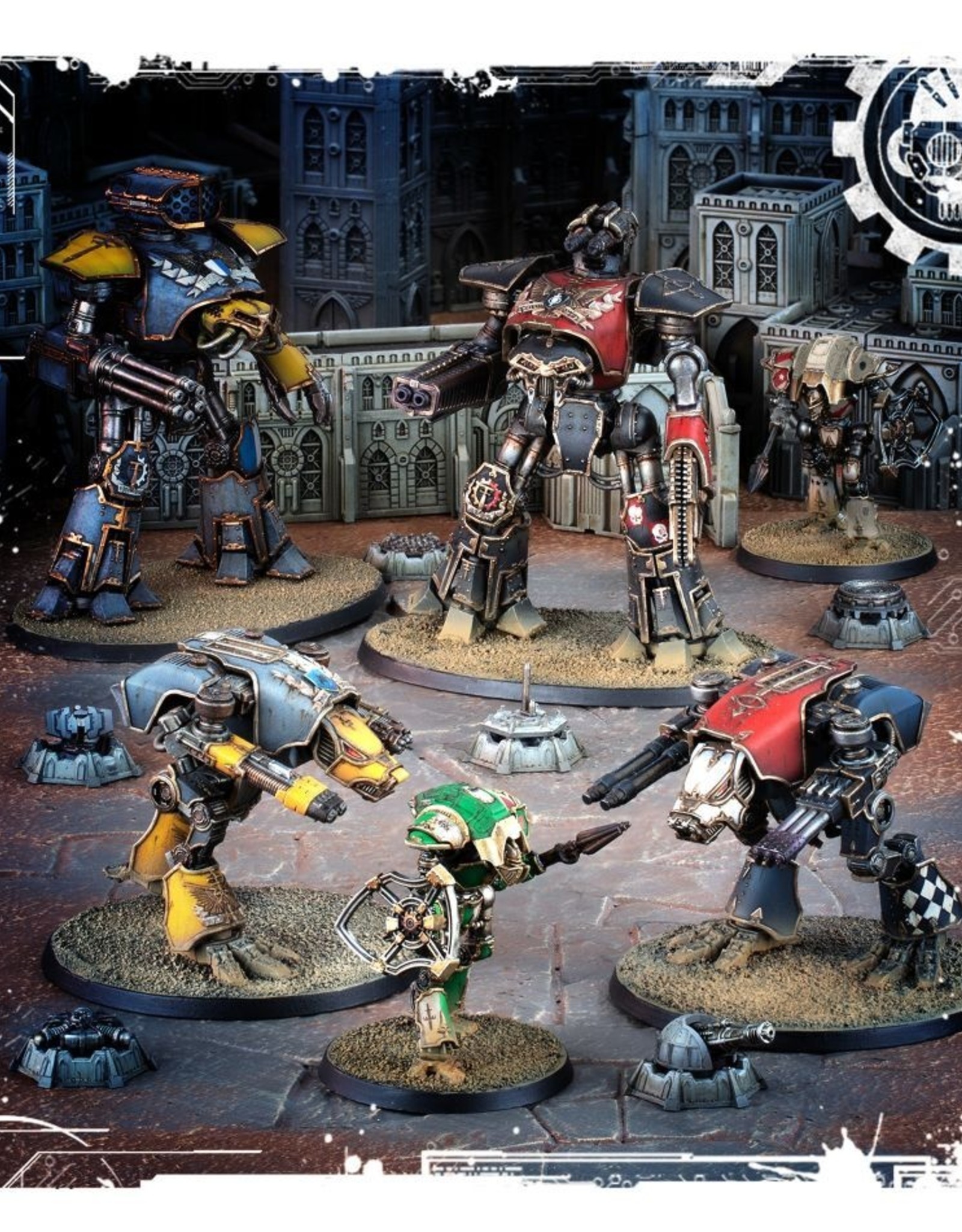 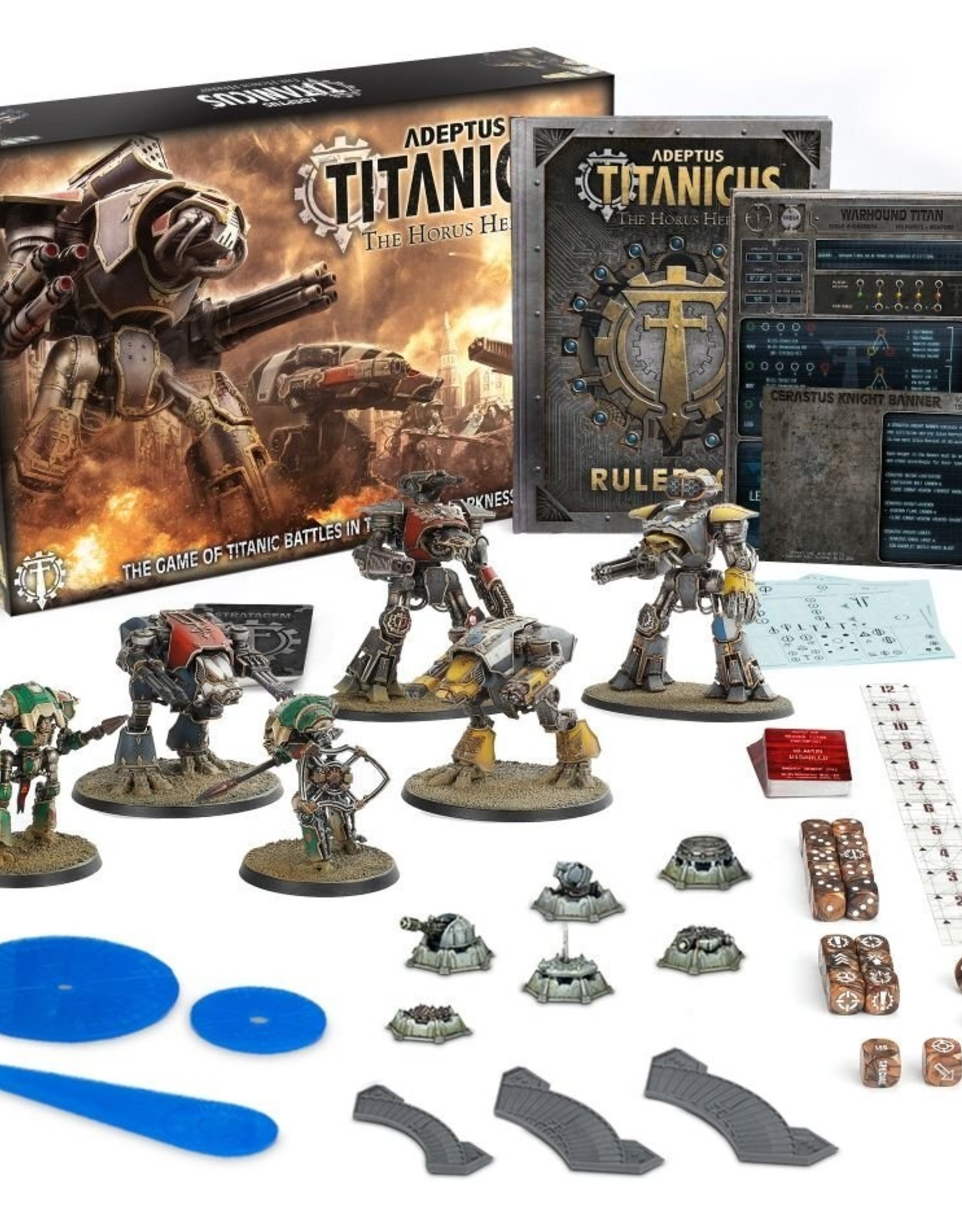 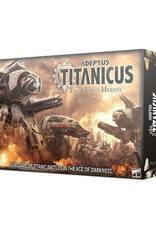 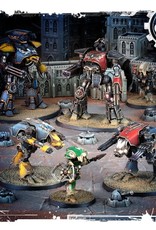 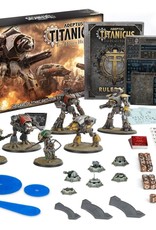 The galaxy is in flames. The Emperor’s glorious vision for Humanity is in ruins, his armies locked in brutal civil war. The greatest of these bitter combatants are the towering god-engines of the Adeptus Titanicus. Those Titan Legions that remain loyal to the Emperor of Mankind fight boldly to stem the tide of treachery, holding the line on countless worlds as the Warmaster’s forces advance inexorably on Terra. The Traitor Titan Orders march at the vanguard of the Warmaster’s hosts as they seek to bring the Imperium to its knees in the name of their twisted cause…

Adeptus Titanicus is a tabletop game of devastating combat between awe-inspiring god-machines, set during the civil war that tore the galaxy apart. Two players take control of a variety of Titans – colossal, bipedal war engines covered in thick armour and weapons which can level a city in a single salvo. It is a strategic challenge in which you pit your skill and cunning against your opponent in a battle to the death; a test of tactical skill demanding the management of the resources at your disposal, determining the optimal reactions to the evolving state of the battlefield.

In this boxed set you will find: