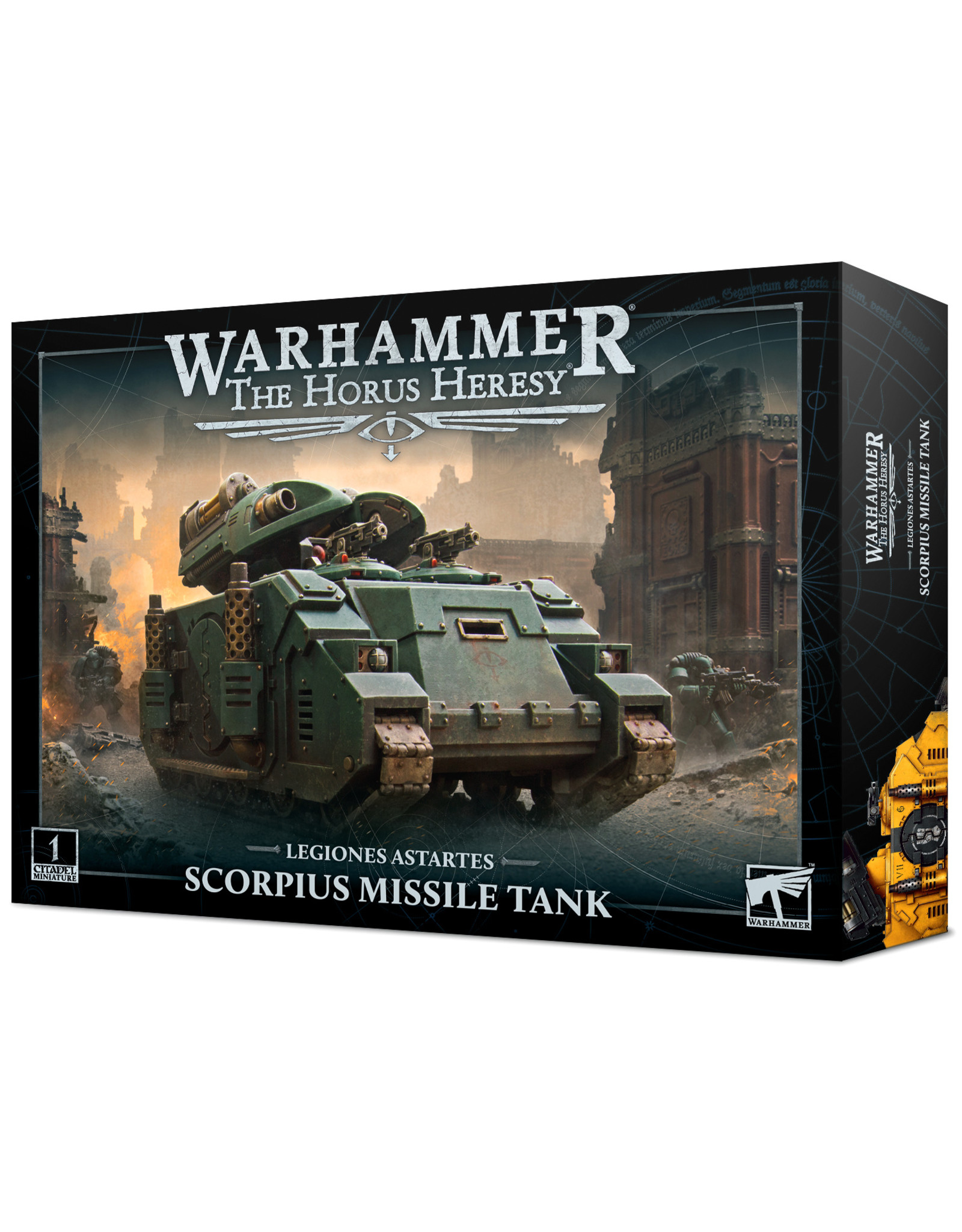 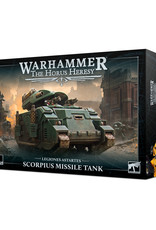 Rugged and well-suited to high-intensity operations, the Scorpius missile tank is favoured across the Legiones Astartes as a source of manoeuvrable artillery support. Often collectively referred to as 'Whirlwinds', tanks mounted with multi-missile launcher systems are a vital part of any Legion's war machine, providing long-range covering fire and trench-breaking barrages. The Scorpius itself only entered service shortly before the Horus Heresy, created at the behest of the Space Wolves Legion in a campaign against fortified xenos bastion-cities – where its performance quickly saw it approved for widespread use.

This multipart plastic kit builds one Legion Scorpius, a mobile artillery piece built on the Deimos-pattern chassis. This tank's turret-mounted missile system is loaded with rotary racks of explosive rockets, ready to saturate whole battlefield zones with a whirlwind of shrapnel and flames. Its launchers can be assembled at a variety of angles, to suggest a devastating volley of direct fire or an arcing salvo of munitions that will wipe out all but the heaviest infantry.

In addition to its twin-linked bolter and smoke launchers, this kit includes components to upgrade the Legion Scorpius with an extra pintle-mounted weapon – a havoc launcher, heavy bolter, heavy flamer, multi-melta, or a combi-weapon with five configurations (bolter, flamer, melta, plasma, or volkite) – as well as a searchlight, a dozer blade, a hunter-killer missile, and cosmetic options like towing hooks, sigils, and a choice of a Space Marine gunner, spotter, or closed hatch.

This kit comprises 125 plastic components, and is supplied with a Legiones Astartes Vehicle Transfer Sheet containing 44 optional markings and icons for the Sons of Horus and Imperial Fists Legions. This miniature is supplied unpainted and requires assembly.