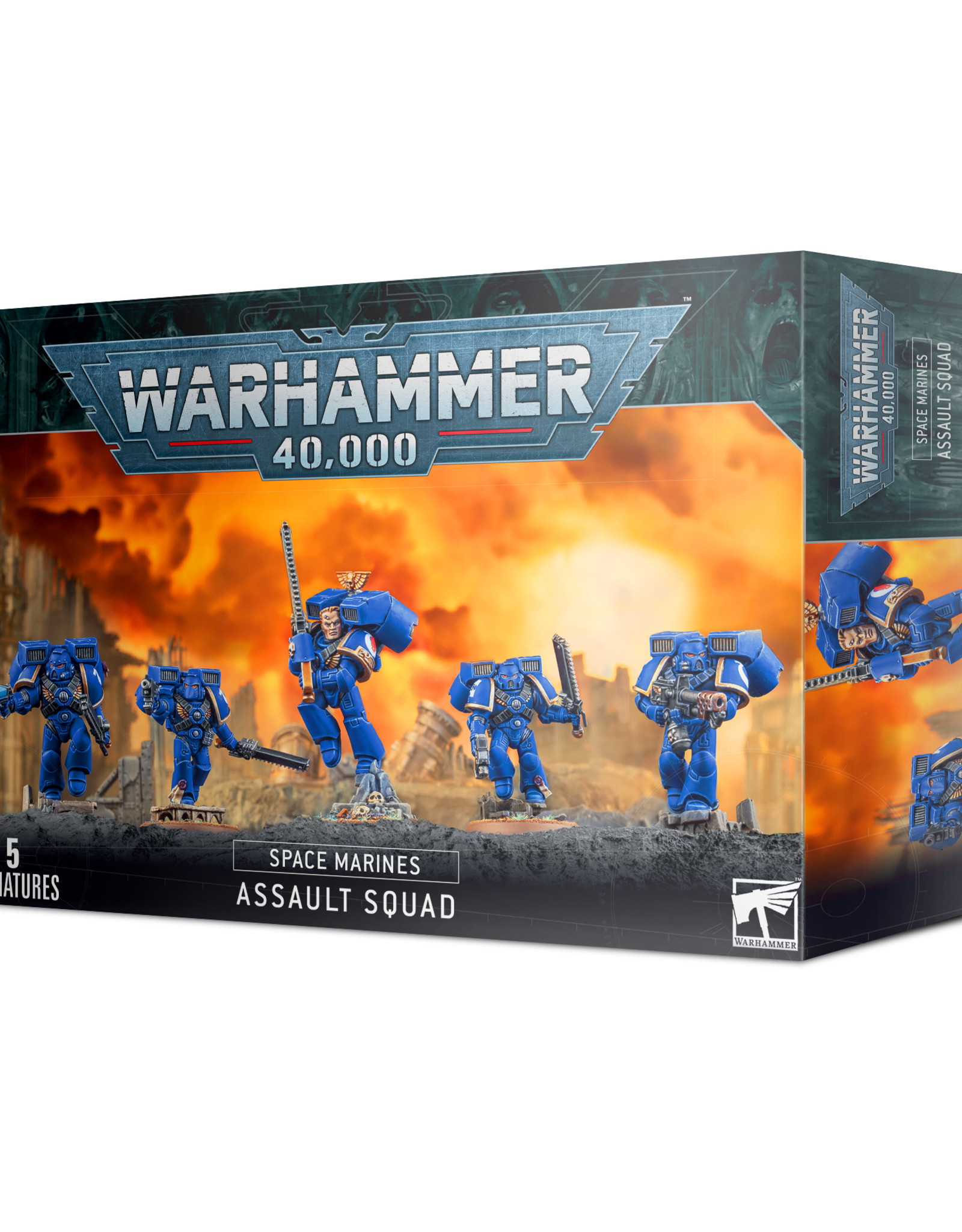 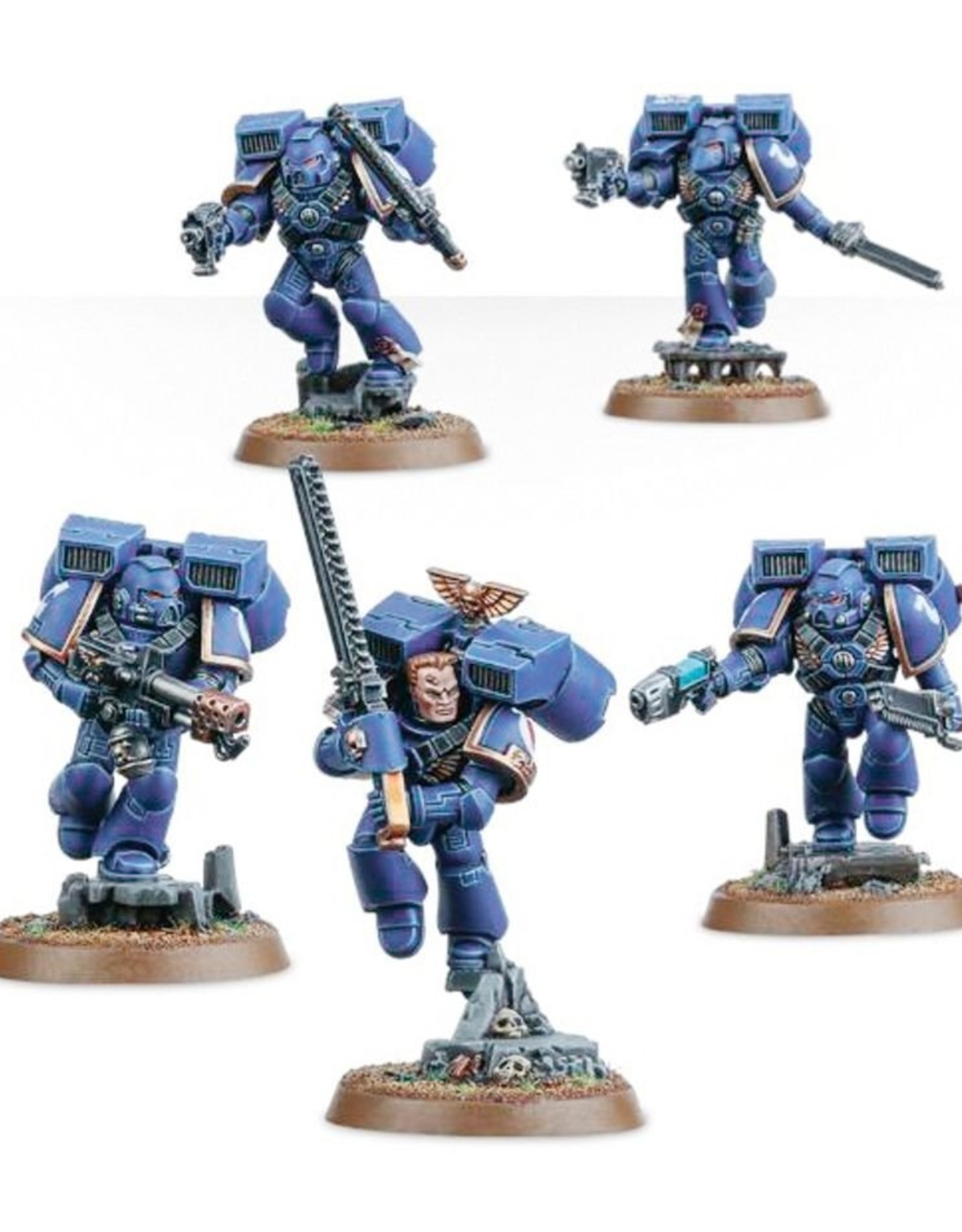 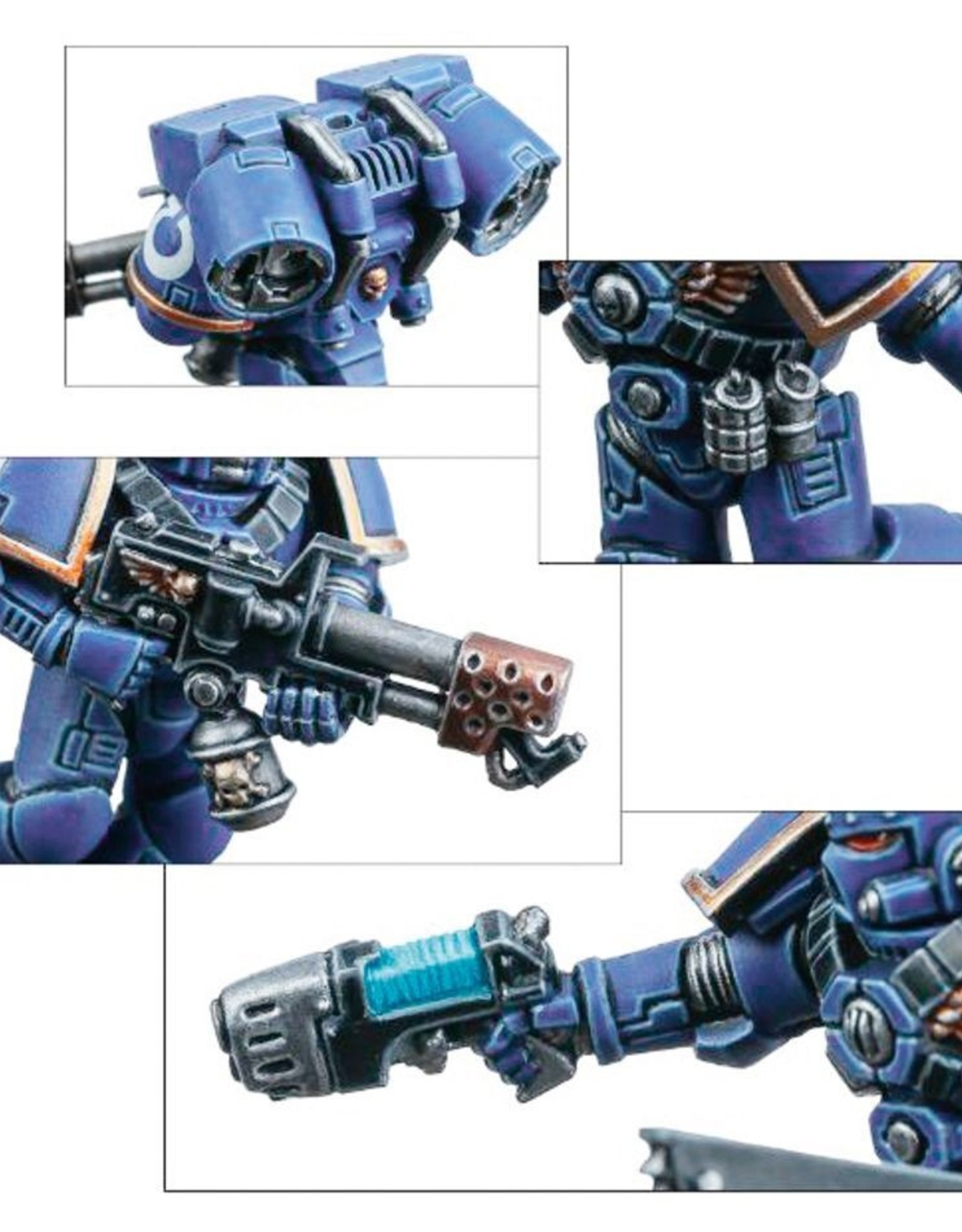 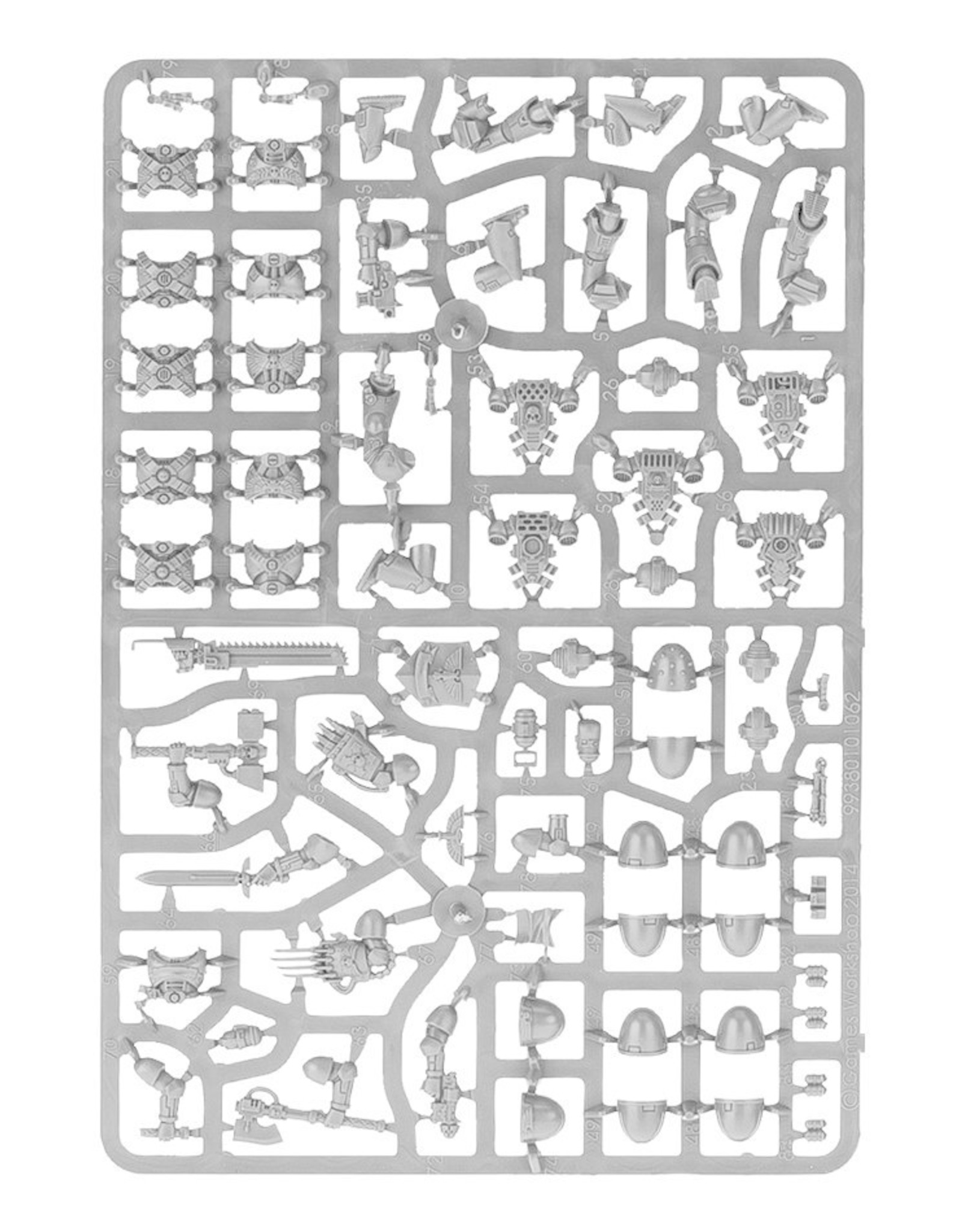 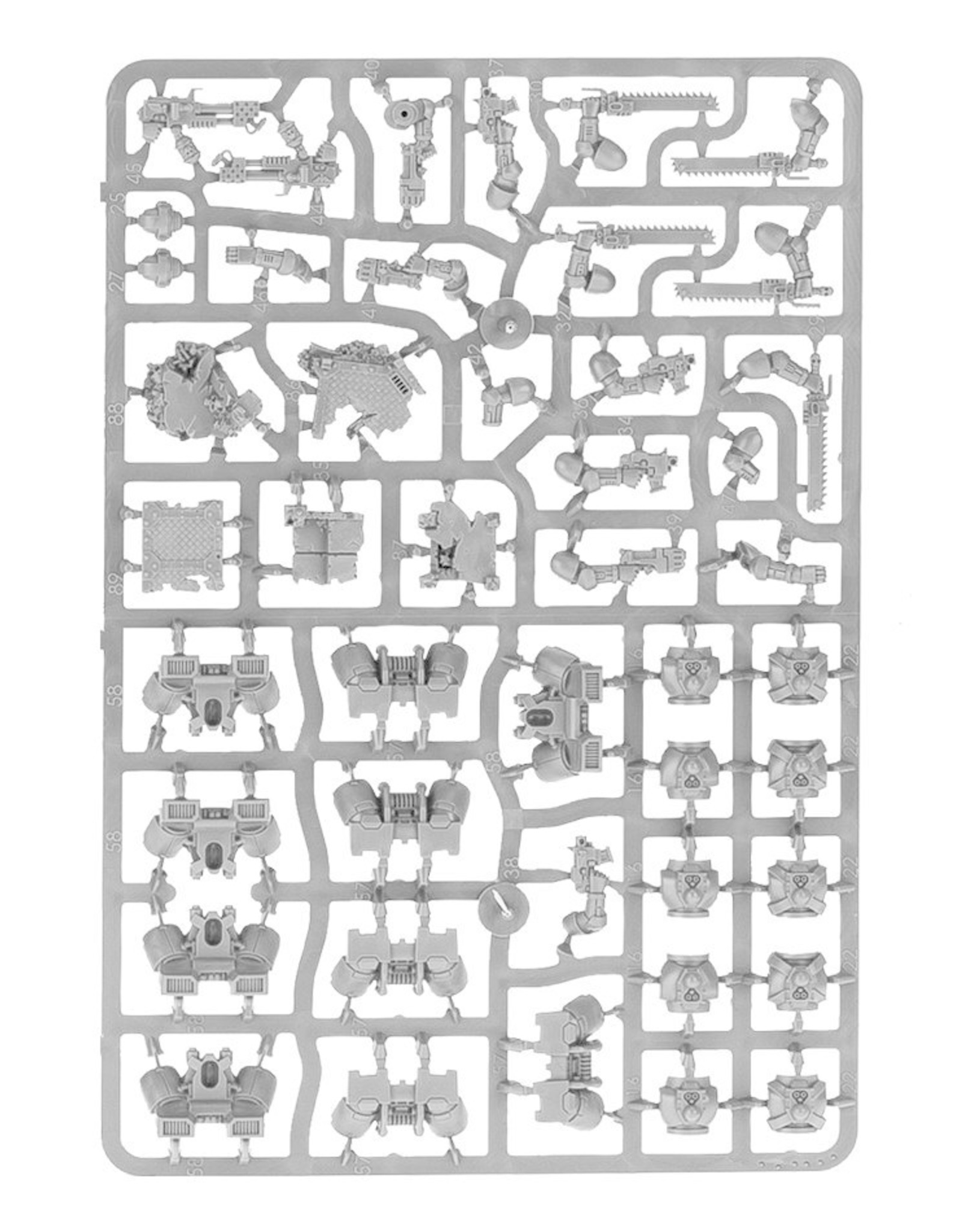 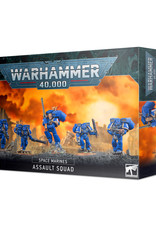 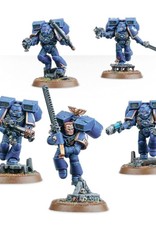 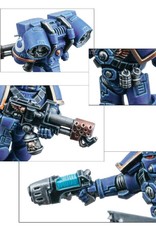 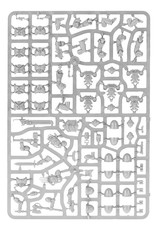 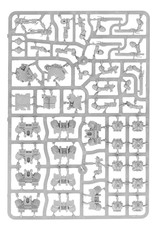 Falling from the sky with lightning speed and stunning aggression, the ferocity of a Space Marines Assault Squad is rarely matched in battle. Countless shells of bolt pistol fire slam into the enemy as the squad charges forward with no hesitation whatsoever, hacking and rending at any survivors with whirling chainswords, barging them to the gRound with their heavy power armour and shattering their skulls with close-quarter brutality.

One miniature can be assembled as a Space Marine Sergeant - two bare Sergeant heads are included on top of the seven Marine heads. The entire squad can be modelled with or without jump packs, as five complete assemblies are included with and without harnesses and backpacks. There are five running leg assemblies, twelve shoulder pads and an array of Purity Seals, scroll cases and ammo pouches.

Weapons… these guys are armed to the teeth. Included in the box: