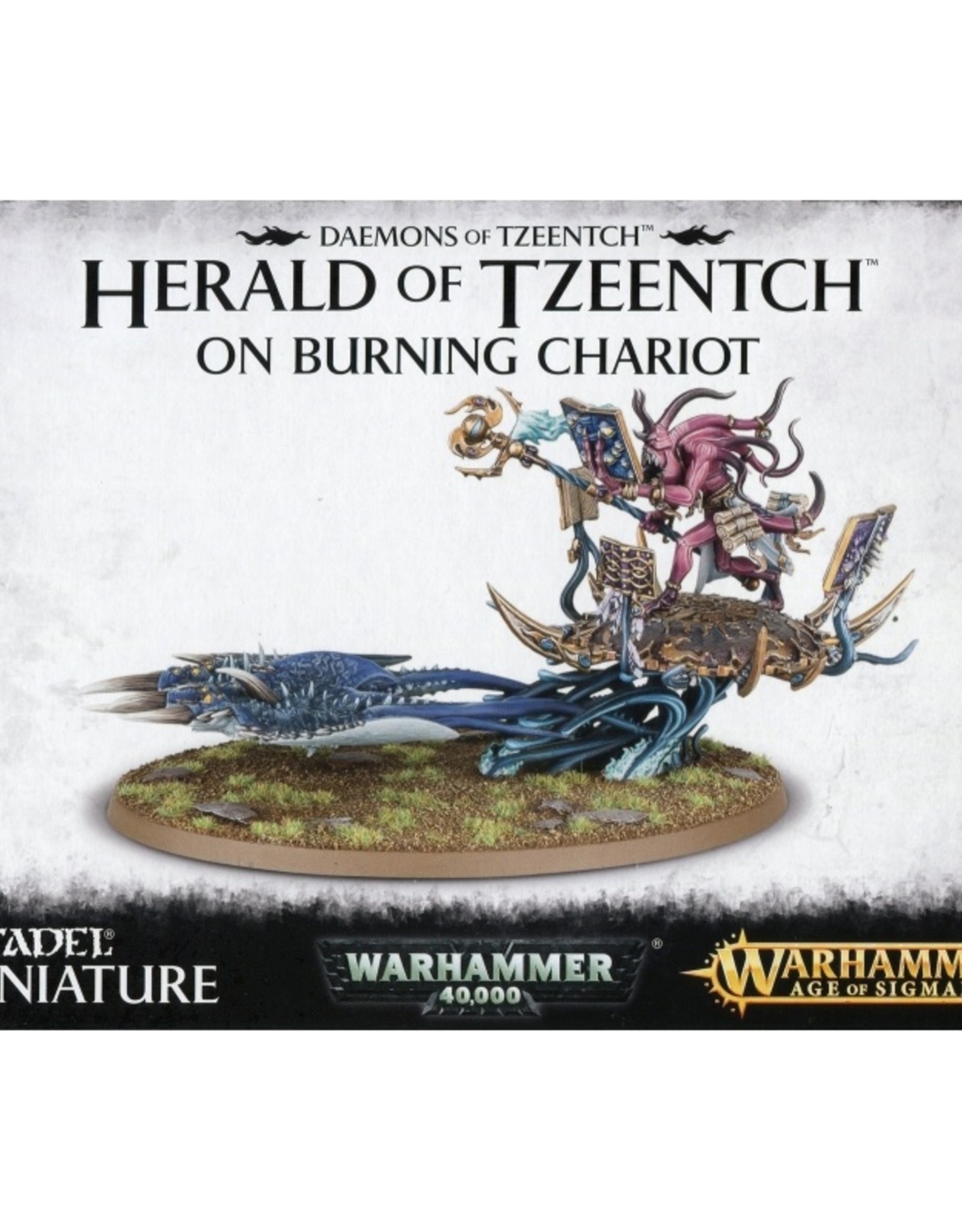 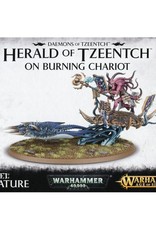 Trailing flames and maniacal laughter, a Herald of Tzeentch streaks across the skies bringing with it fiery doom. While the Herald conjures firestorms to engulf the foe, the living chariot it rides seeks to sear all in its path. Any who close in on the speeding chariot must face the gnashing fangs of the Screamers bound to it, and strikes from the Herald’s staff of change.

This multi-part plastic kit contains the components necessary to assemble a Herald of Tzeentch on Burning Chariot. Accompanied by 3 Blue Horrors, this model is being dragged into battle by 2 Screamers of Tzeentch. The Herald himself wields a staff of change, covered in warpfire, and is chanting incantations from a detailed arcane tome. As well as this, you can assemble an Exalted Flamer of Tzeentch on foot.