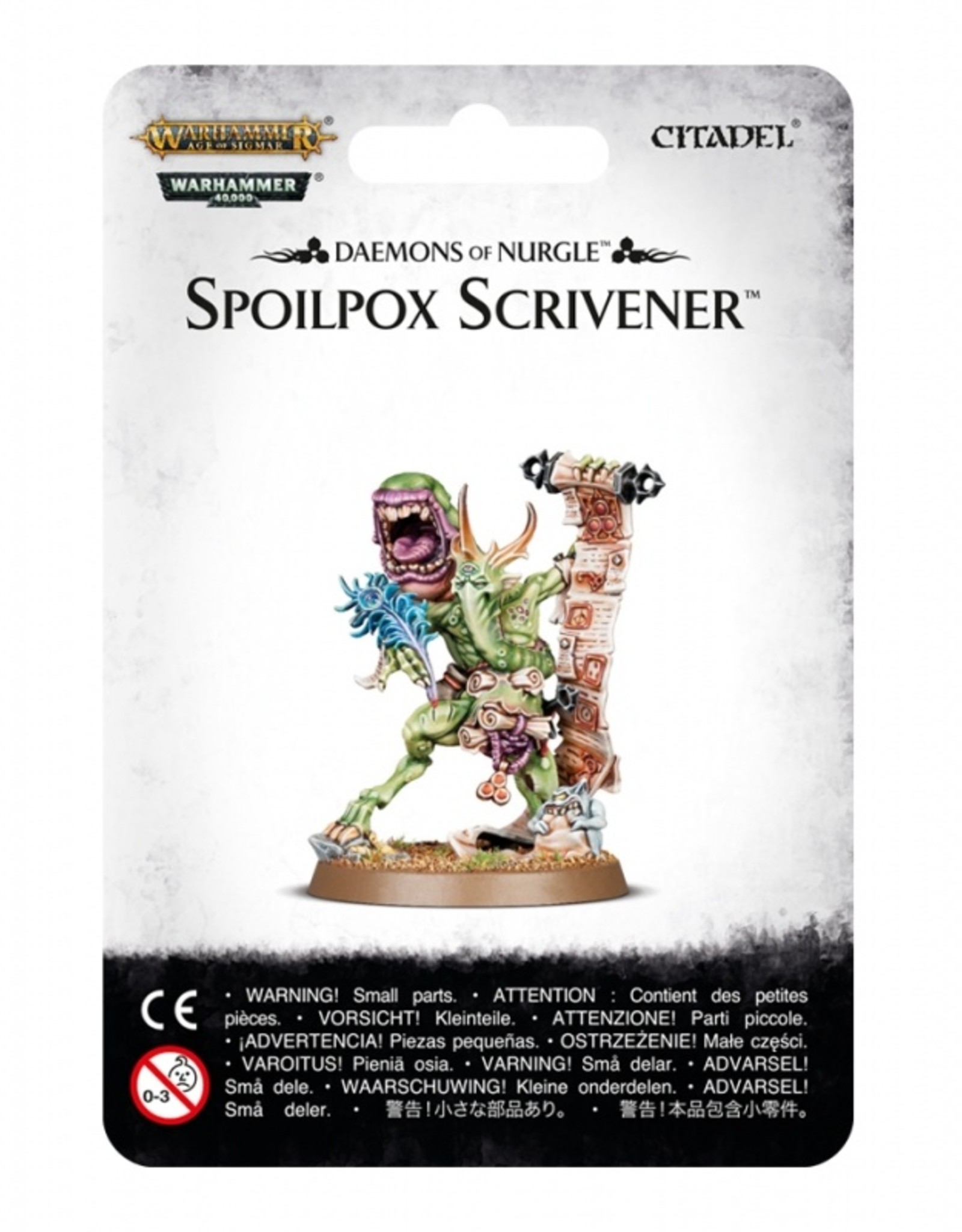 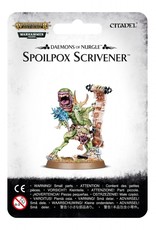 Spoilpox Scriveners are responsible for ensuring that the Plaguebearers of their Tallyband do not shirk. They record the number of diseases counted by the Plaguebearers, using scritching quills made from the tail feathers of a Lord of Change, while verbally browbeating all around them. Spoilpox Scriveners are sullen and spiteful creatures, who long to catch their fellows out with a mistake – or better still, record enough wrongdoing to punish them with the dread fate of the Chortling Murrain.

This multi-part plastic kit contains the components necessary to assemble a Spoilpox Scrivener, Herald of Nurgle. Immediately, 2 things stand out about this model – the scroll being held aloft, covered in detailed scribblings and symbols of Nurgle, and the enormous distended maw which snakes from the Scrivener’s face all the way around his back, ending in a massive, disgusting mouth, hectoring all around him. He has a rather wiry frame, but rather than emaciated looks strong, with long limbs ending in claws. He carries extra rolled-up scrolls – these are actually held within his flesh, pushed through cuts in his stomach and secured with knotted guts. A rather cheeky Nurgling is included, chomping happily at the bottom of the Spoilpox Scrivener’s scroll.