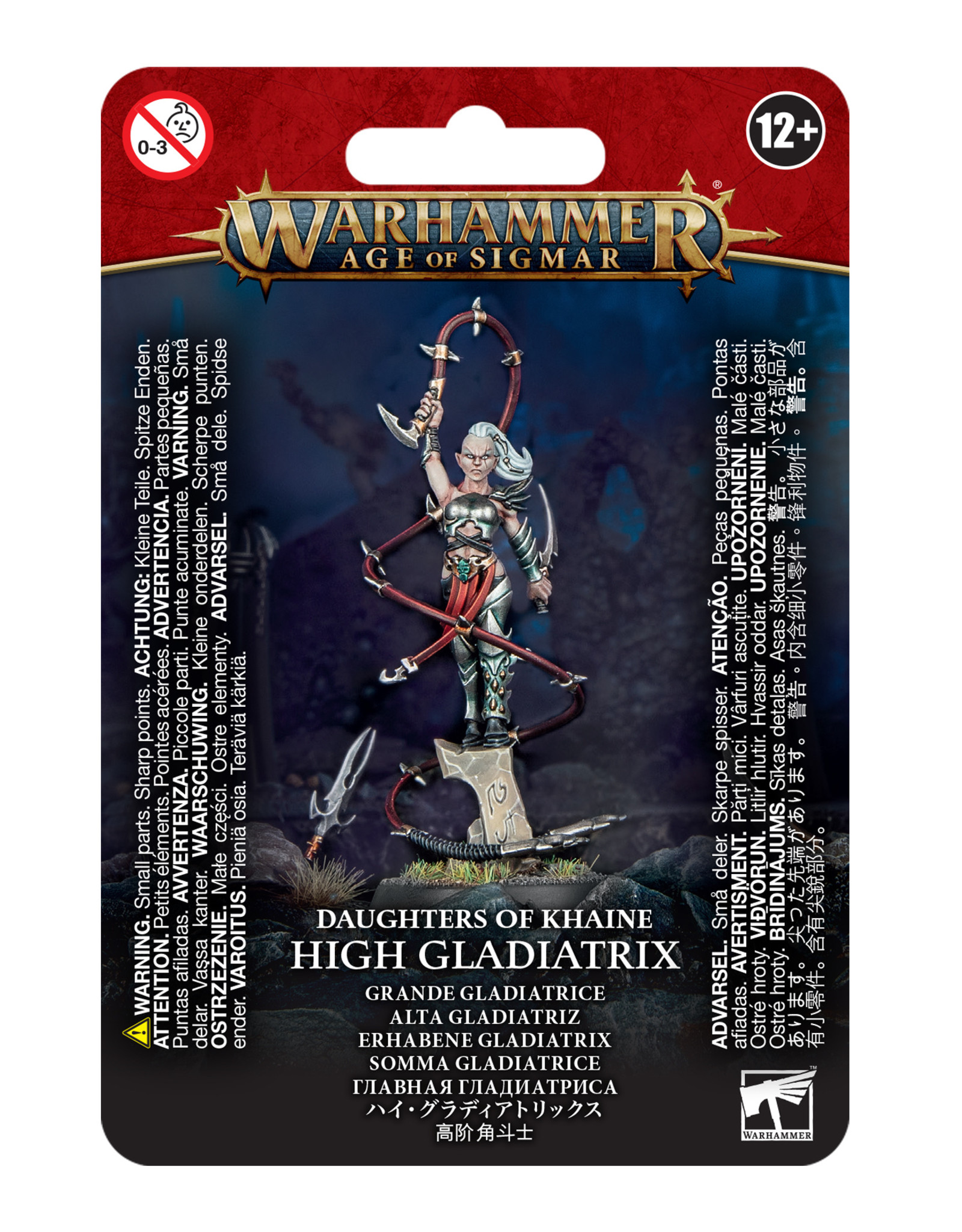 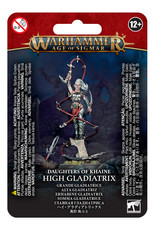 A High Gladiatrix is a living conduit of Khaine’s wrath. Striding at the head of their sisters’ advance, these paragons of combat ride the wave of fanaticism that spreads through a war coven, channelling it into acts of gruesome murder. The Gladiatrix's every movement is a paean to the Bloody-Handed God, her every kill equal parts execution and performance art, intended for a screaming audience – and screaming foes.

This multipart plastic kit builds one High Gladiatrix, a pit-fighting Hero for Daughters of Khaine armies. Twirling her barbed whip around herself, this elegant and intimidating figure comes with a choice of two heads – one wearing a mask in the style of the Sisters of Slaughter, and one bare head. She can also be built with one of two styles of gladiatrix blade – either a curved dagger or a double-bladed spear – allowing for loads of variety in your murderous aelves. In battle, the High Gladiatrix is a powerful fighter who seeks out enemy Heroes to decapitate them in a single blow, and inspires nearby fighters to hit even harder.

This kit is comprised of plastic 10 components, and is supplied with a Citadel 32mm Round Base. This miniature is supplied unpainted and requires assembly