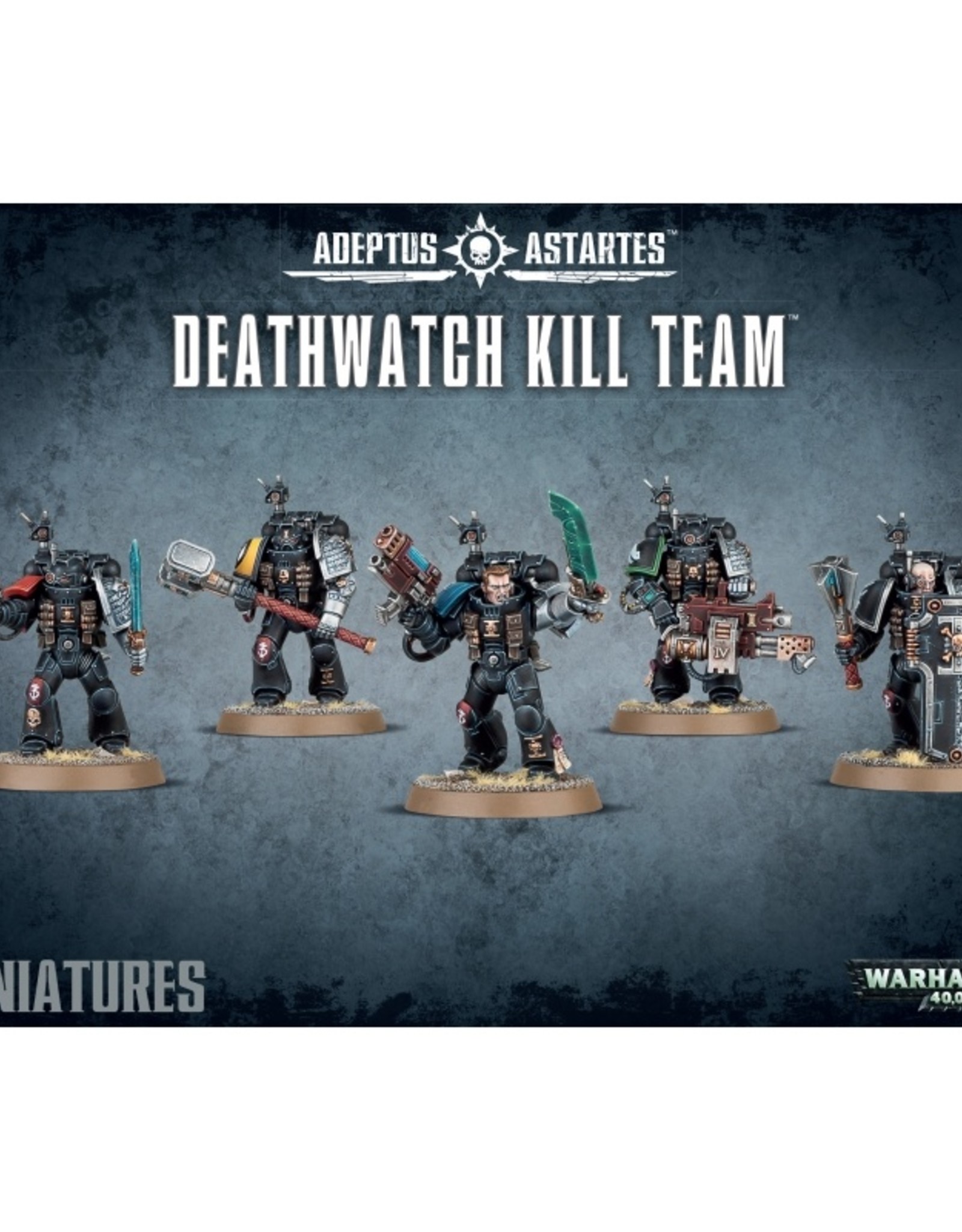 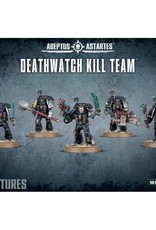 Organised into small, elite companies plucked from Space Marine Chapters that have pledged a tithe of their strength in the struggle against the alien, the Deathwatch counts only heroes amongst its ranks. Each member has been hailed as an expert in his field even before his training as a Deathwatch operator has begun. His armour painted the blackest of hues, his Chapter icon intact upon his pauldron as a mark of respect to the Chapter that made him, the Deathwatch Space Marine and his highly-specialised Kill Team descend to the edge of destruction, there to repel whatever dire threat they face.

There’s a massive amount of variety contained on these sprues – use the army builder rules in Codex Deathwatch to gear your Kill Team up for particular battlefield roles. You’ll receive the parts to assemble 5 Deathwatch Space Marines , and a whole host of spares for your Deathwatch: