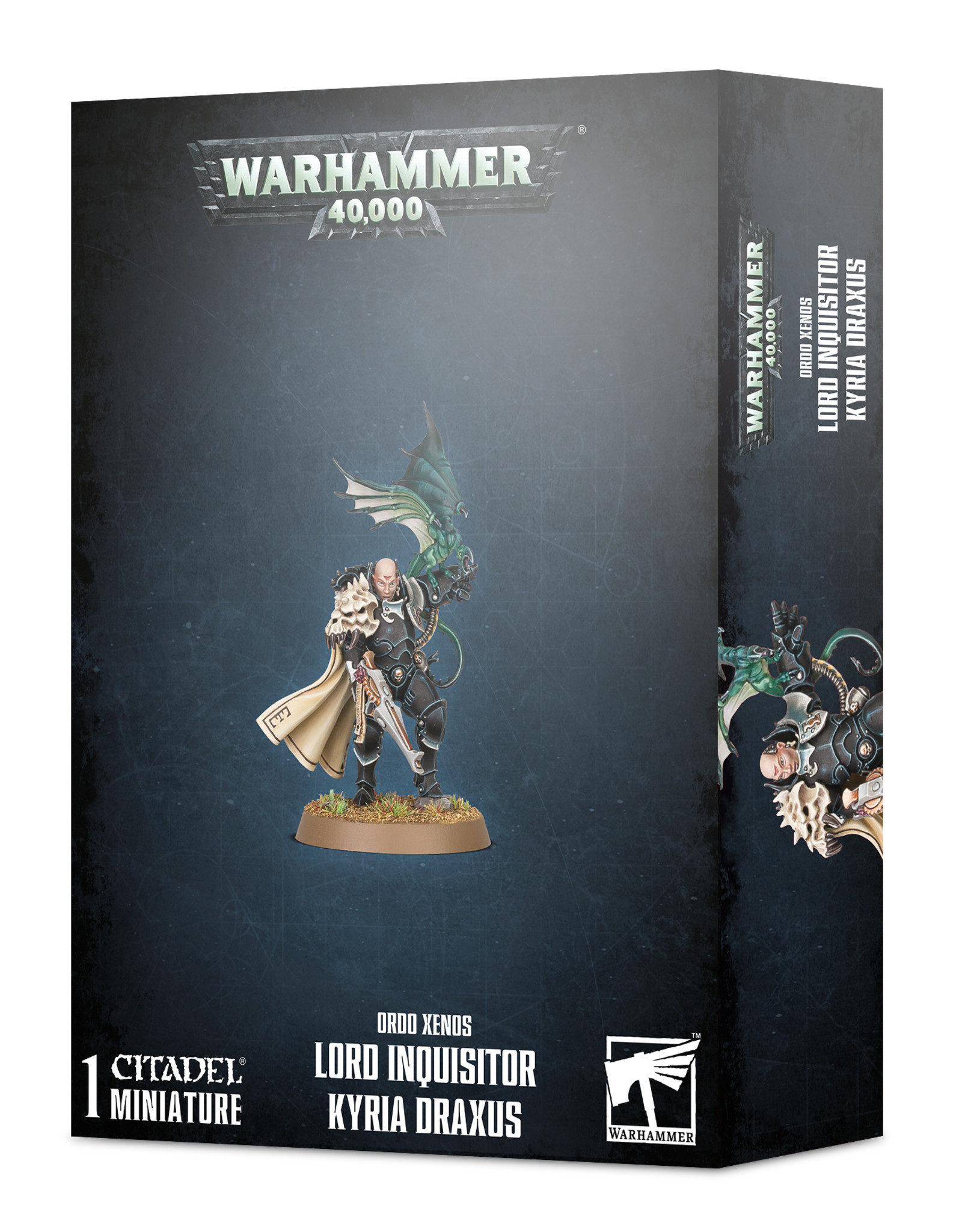 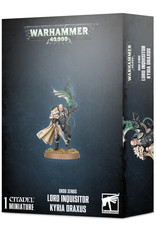 Kyria Draxus is an audacious Lord Inquisitor of the Ordo Xenos who specialises in the hunting and eradication of the Necron threat. Pragmatic to the point of immorality, she has long been considered a radical by her peers, though none could call even her most drastic actions rash. Her every deed and choice is weighed logically and carefully. Yet when she acts, the Lord Inquisitor is as relentless and unstoppable as the movement of continental plates.

As an Inquisitor of the Ordo Xenos, Kyria Draxus makes a perfect addition to any Imperial army facing the threat of the alien menace. Armed with a power fist and an Aeldari shuriken weapon called Dirgesinger, Kyria Draxus is well equipped to deal death at almost any distance. She is also accompanied by her Wyvach familiar, Shang, through which she can channel her psychic energies.

The Warhammer 40,000 datasheet for Kyria Draxus is included in the box.