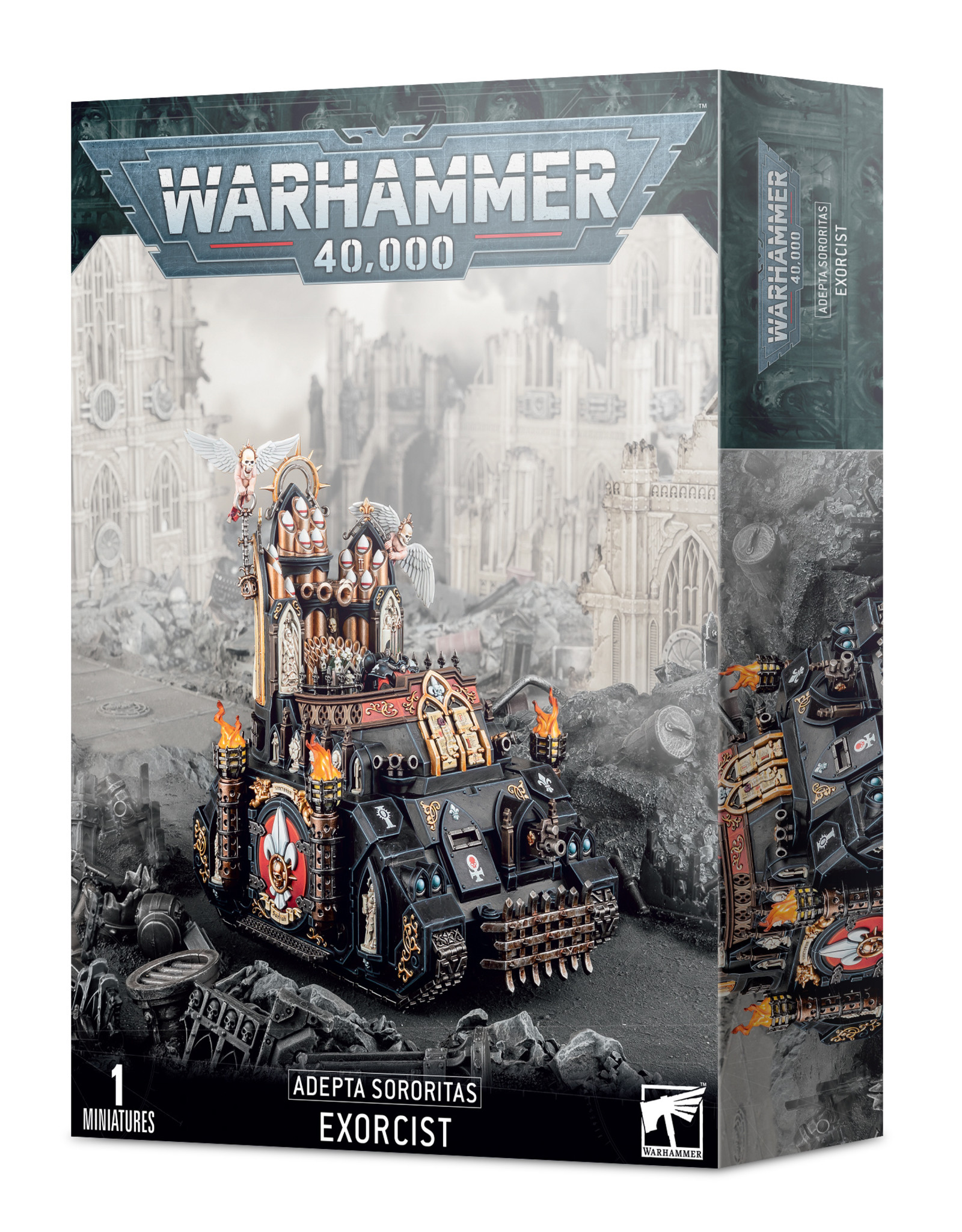 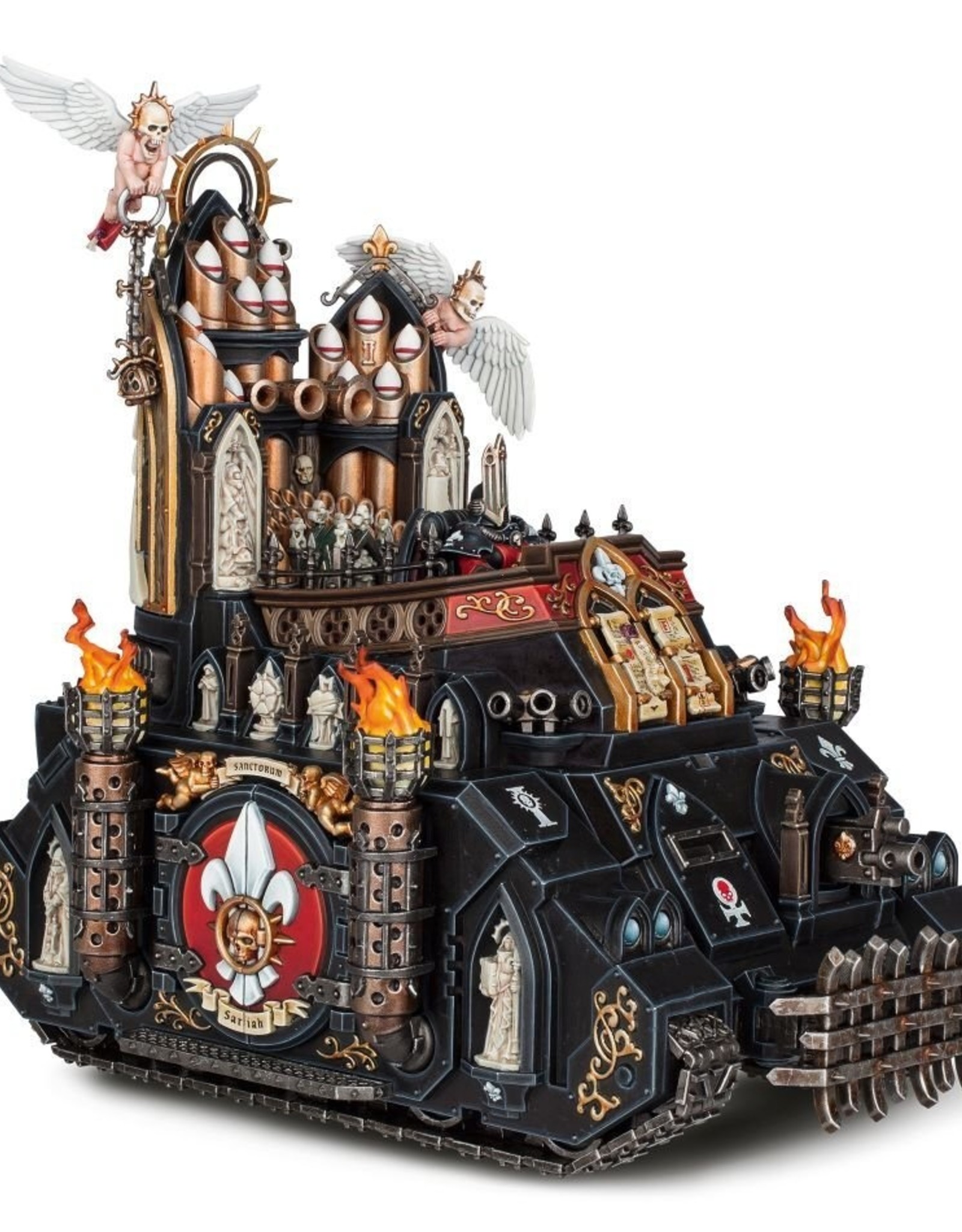 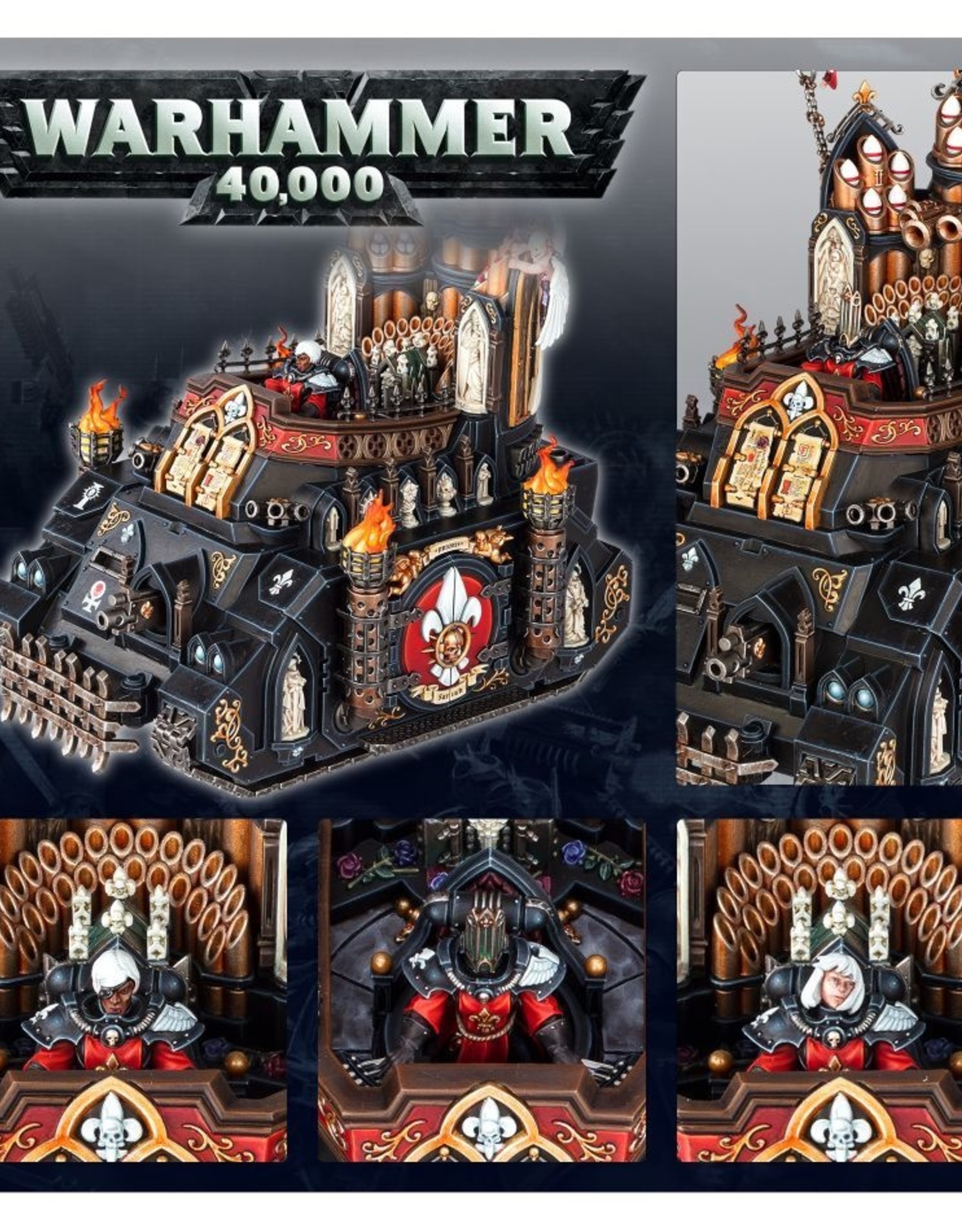 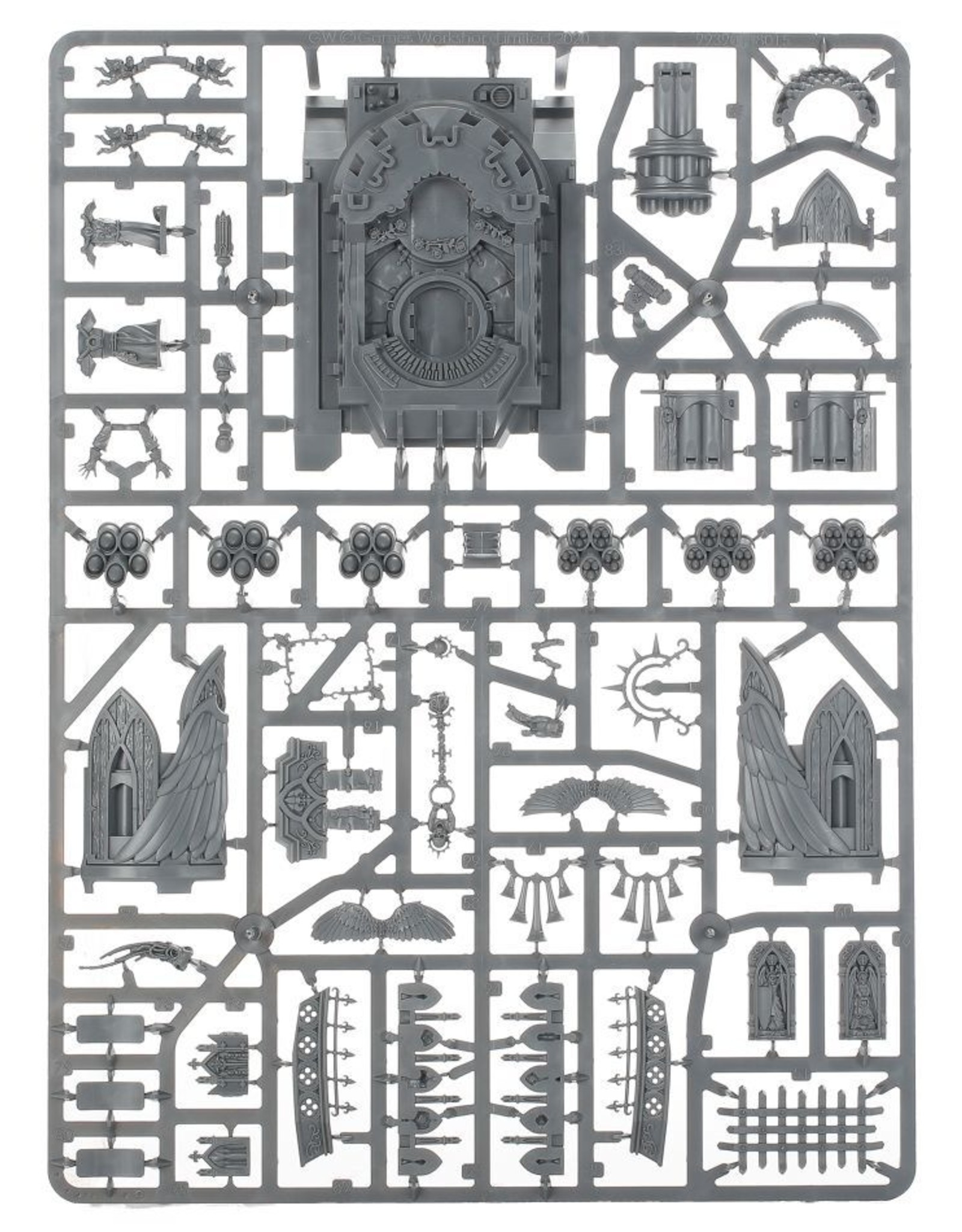 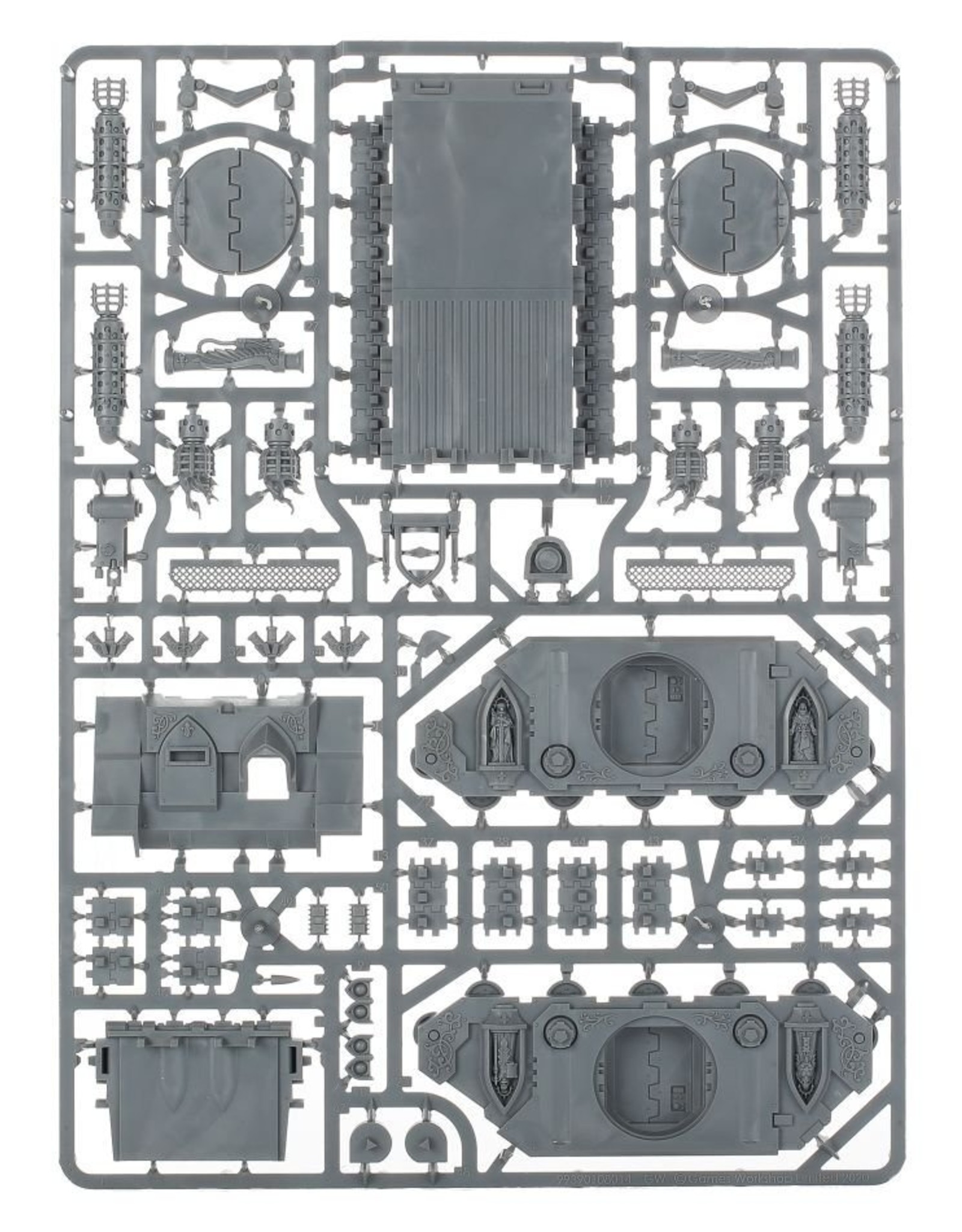 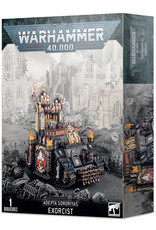 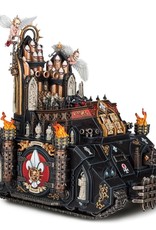 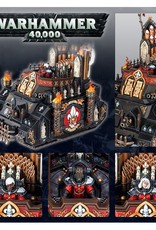 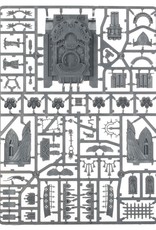 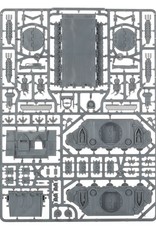 The Exorcist is a weapon uniquely representative of the ways in which the Adepta Sororitas pair shows of devotion to the Emperor with the castigation of his heretical enemies. It is a rolling shrine to the magnificence of the Master of Mankind, a breathtakingly ornate piece of craftsmanship that grinds into battle projecting inspirational hymnals to the Emperor’s glory. These carry across the field of battle and swell all good Imperial hearts with faith and pride. When entire squadrons of these vehicles advance in armoured spearheads, their combined symphonic emanations transform even the most mud-and-blood-drenched field of war into a veritable cathedrum. Beaten-down warriors feel fresh fire in their hearts as they hear the battle-canticles soar. Those outnumbered or stricken with fear find fresh courage and the strength to hold their ground and keep fighting. And then the Exorcists’ first rocket salvoes scream down into the enemy’s midst, and the entire face of the battle changes.

The Exorcist is equipped with a hull-mounted heavy bolter and a choice of Exorcist missile launcher or Exorcist conflagration rockets as its primary armament. The vehicle come equipped with smoke launchers and can also be upgraded with an additional weapon in the form of a hunter-killer missile.