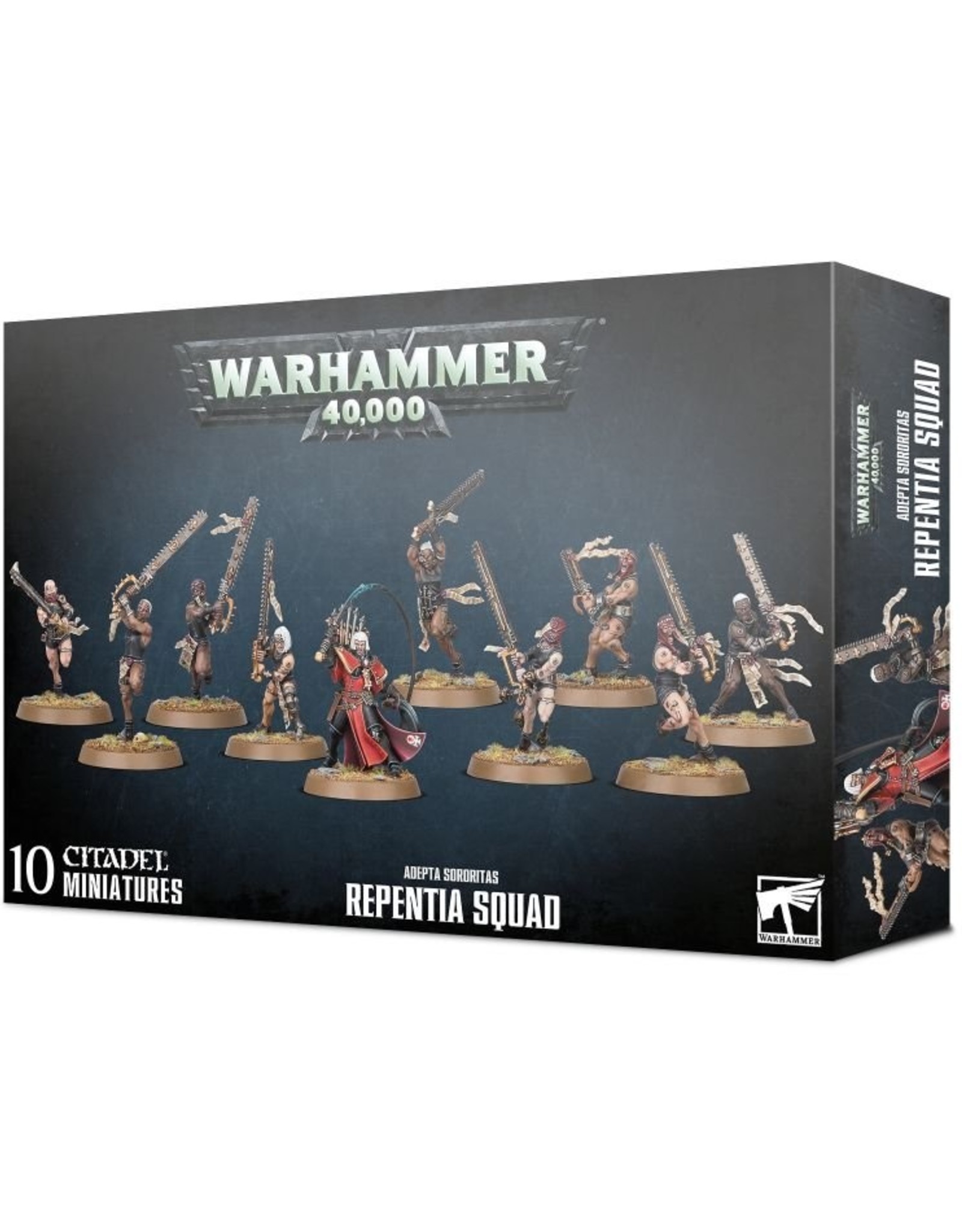 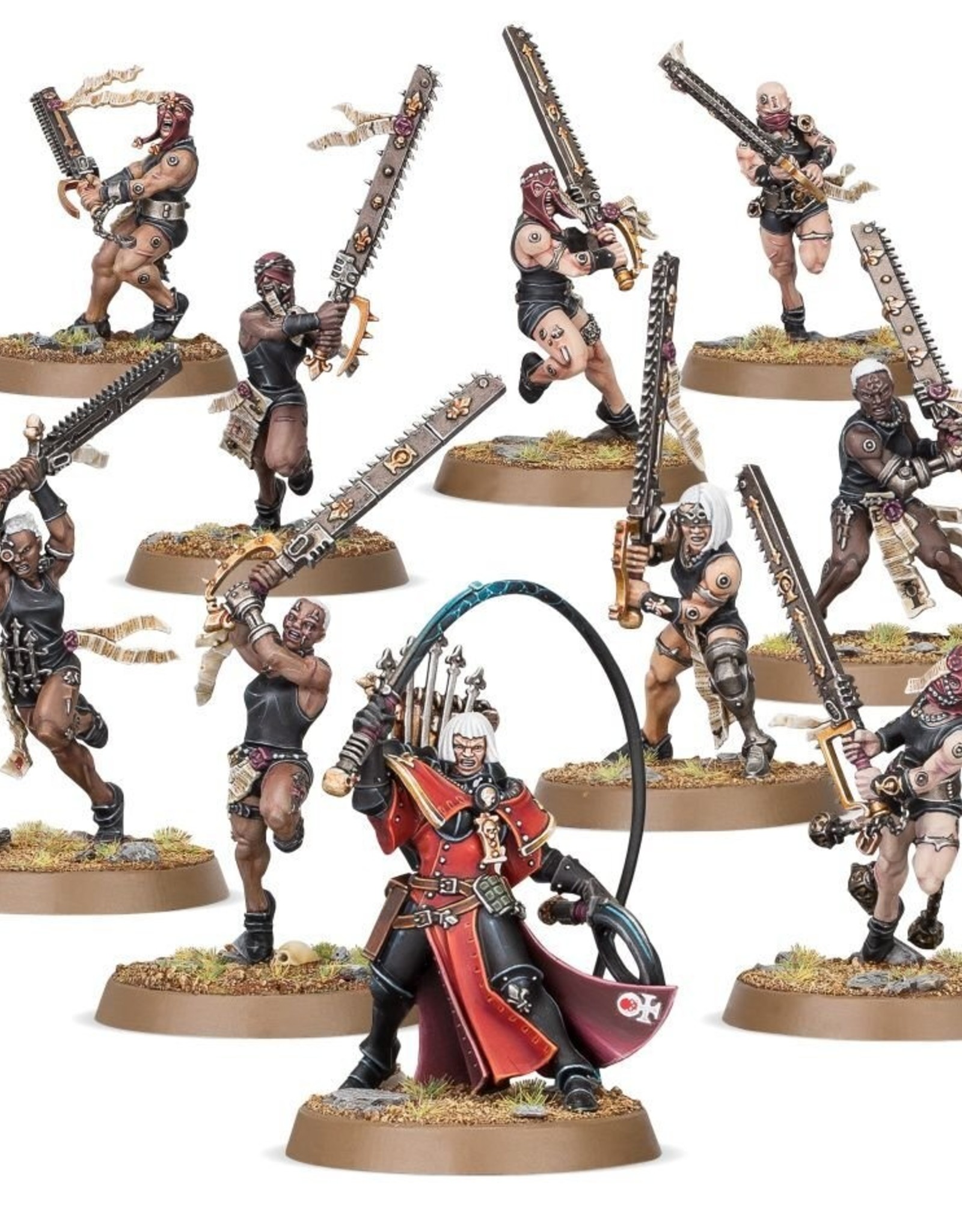 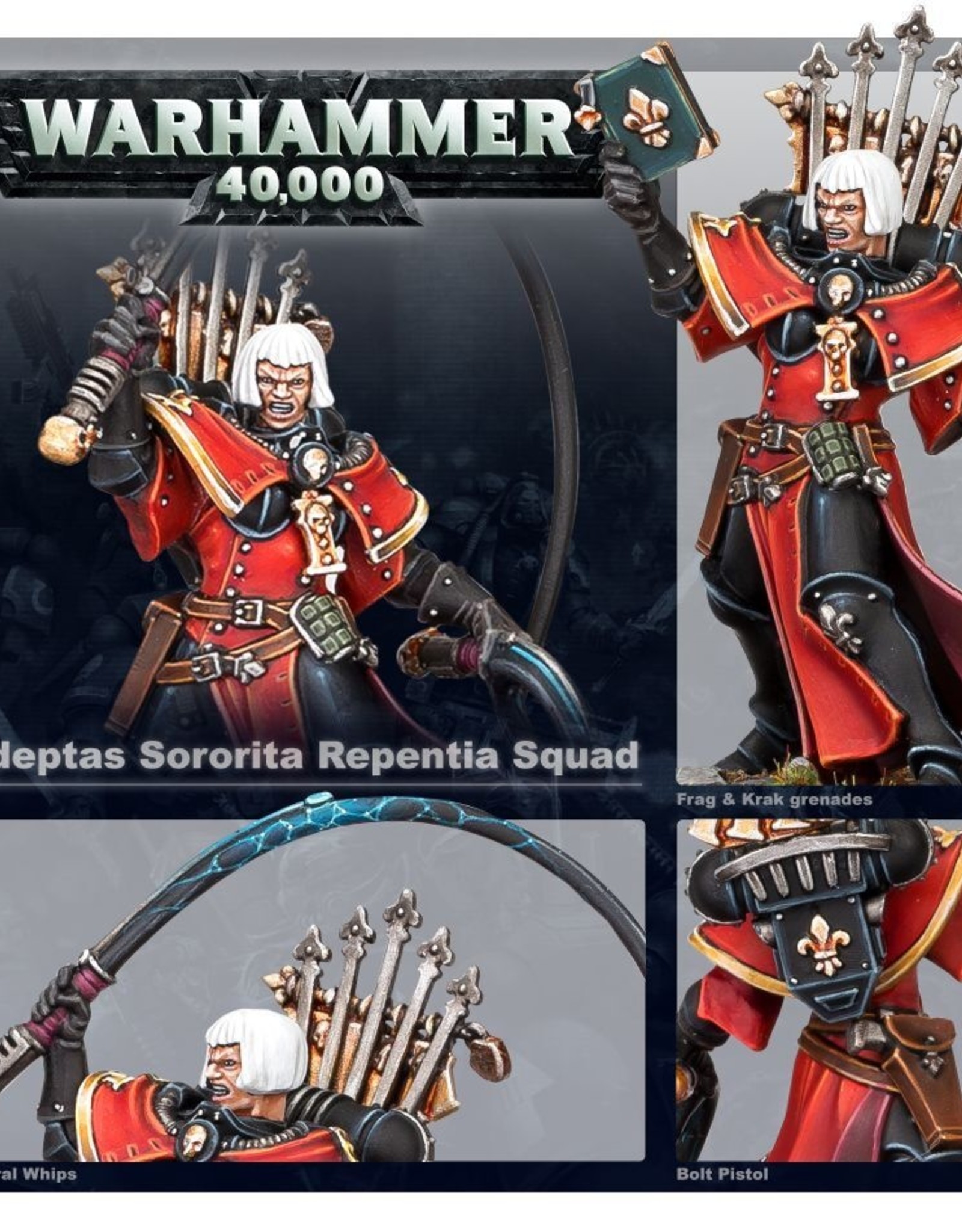 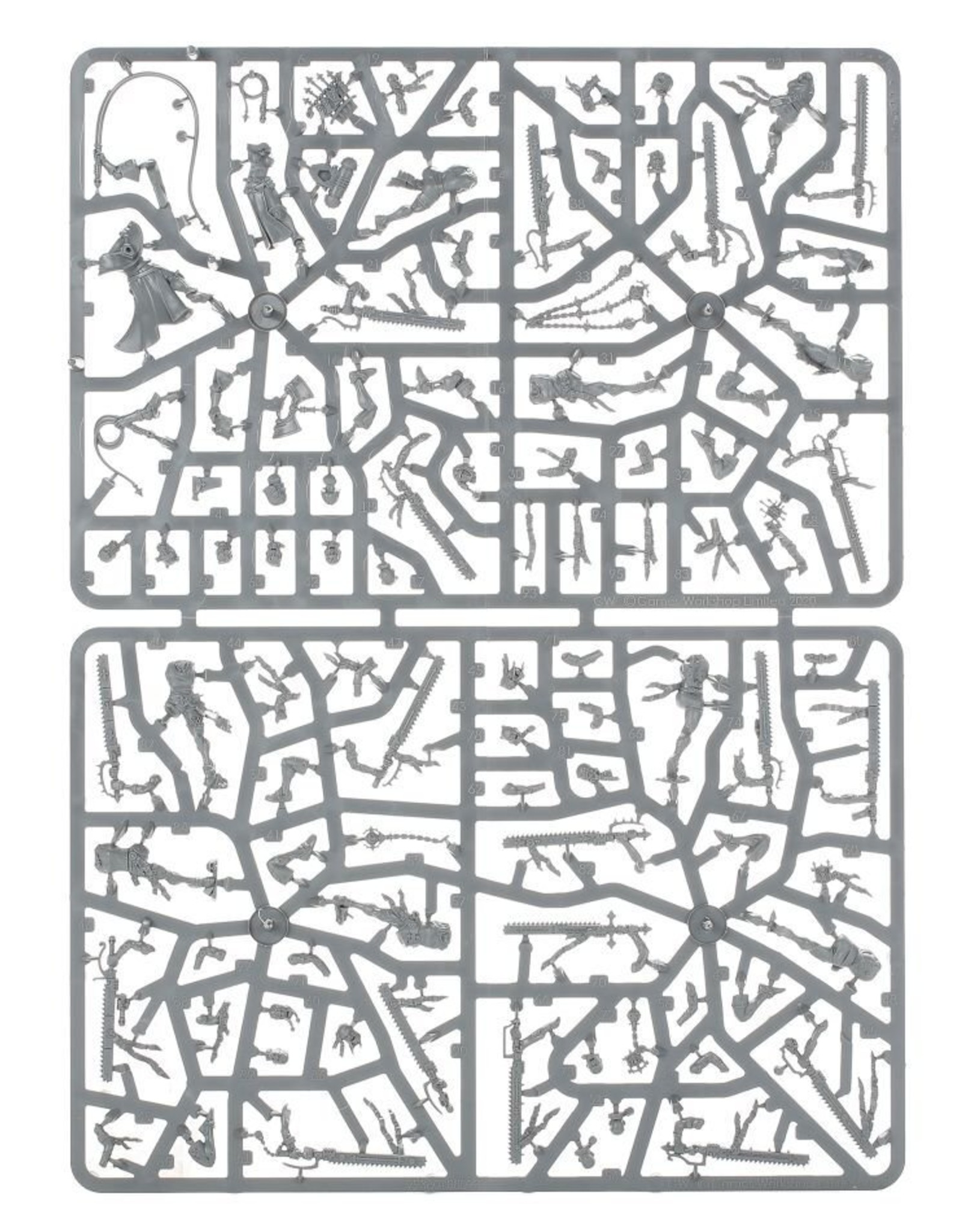 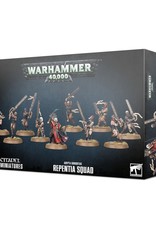 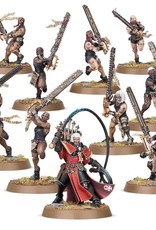 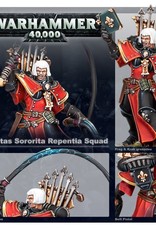 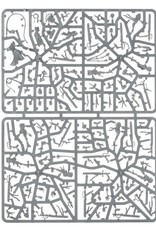 Sororitas who fall short of the Sisterhood's stringent codes of service are stripped of their wargear and cast out from the Order in which they served. Known as Repentia, they are banded together with others who have fallen from grace, and in these squads they are given the opportunity to wash away their sins with the blood of the faithless. It is possible for a Repentia to redeem herself through deeds of great bravery and butchery – Celestine, The Living Saint, was once a Repentia.