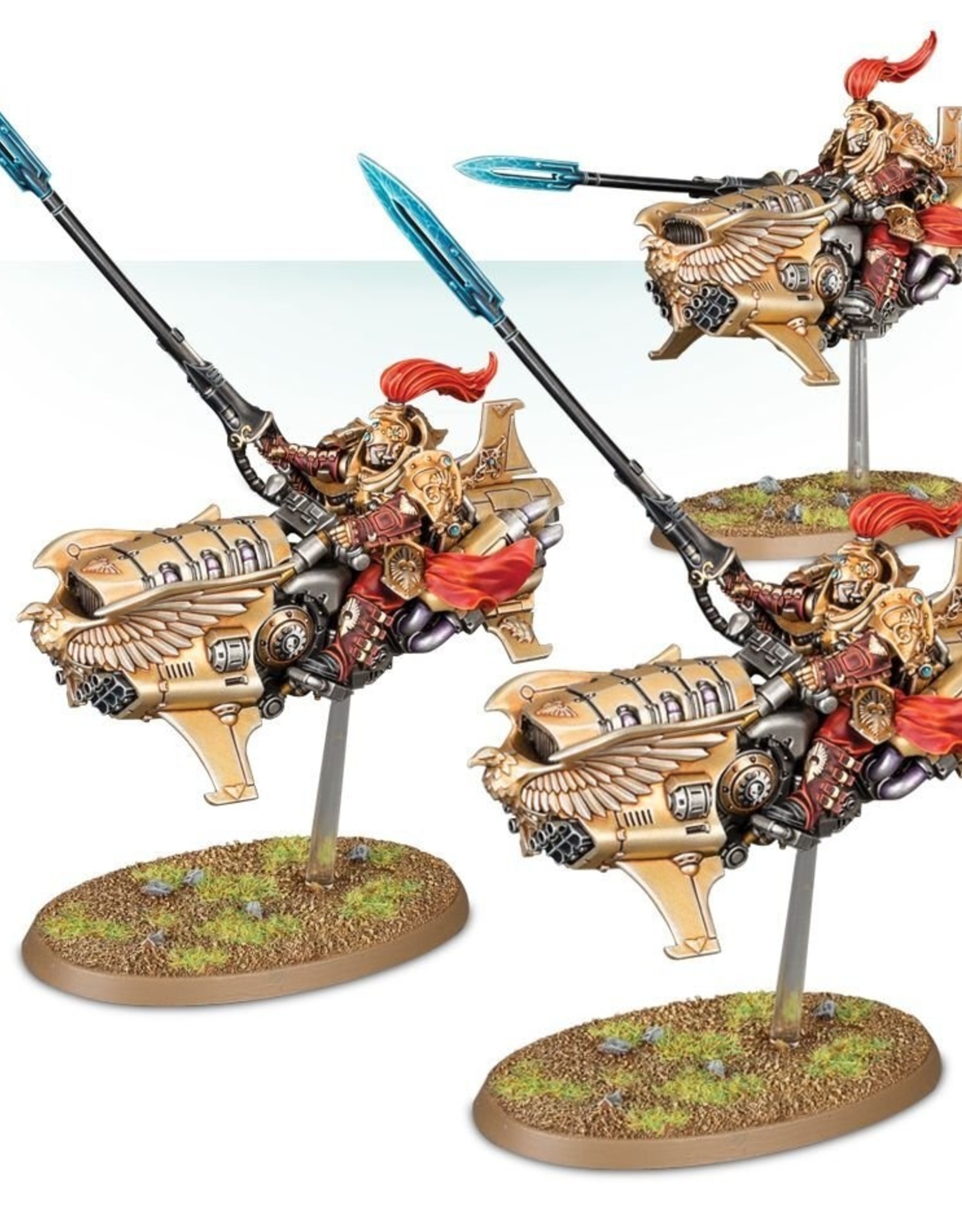 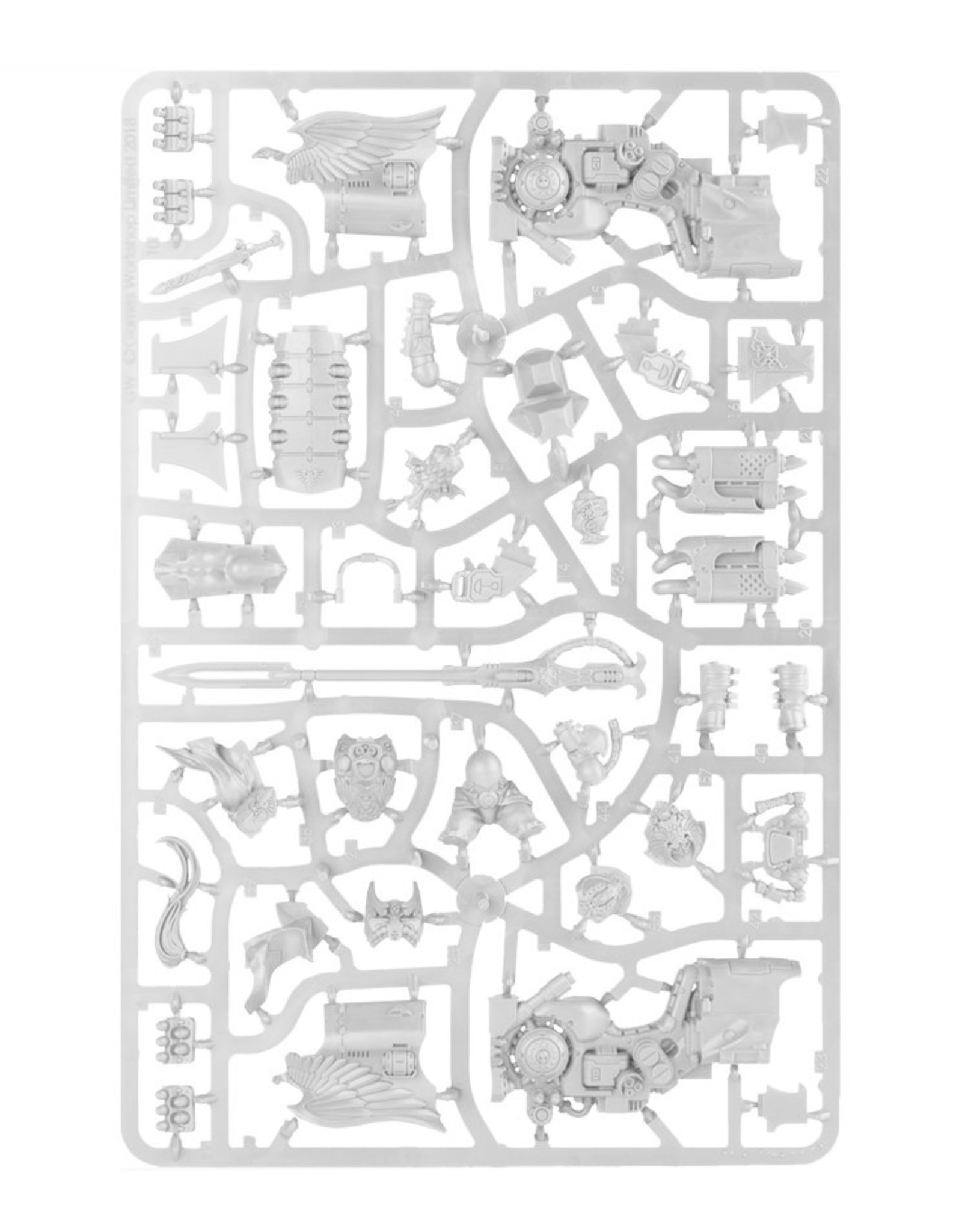 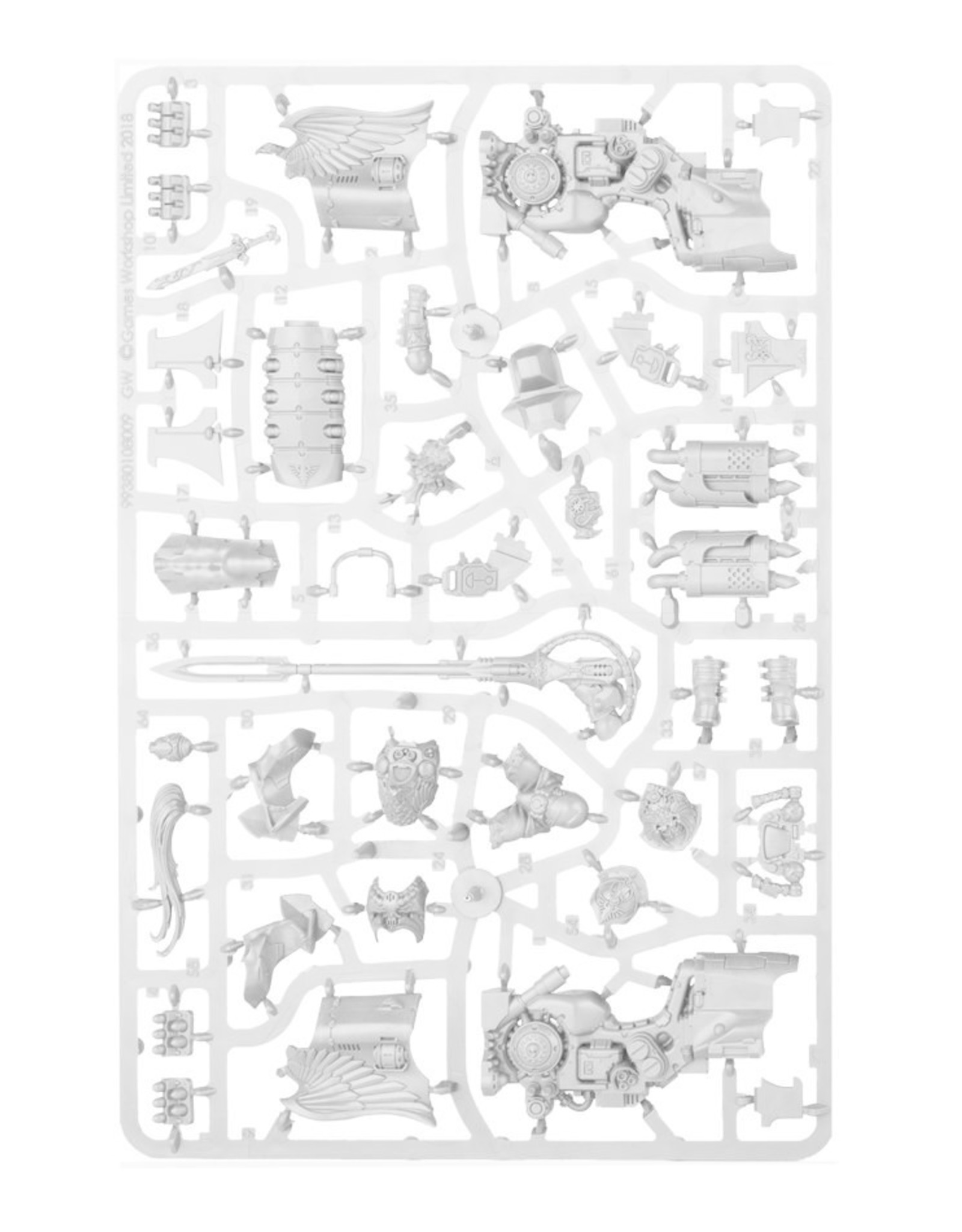 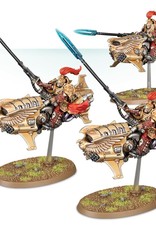 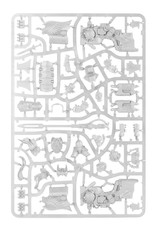 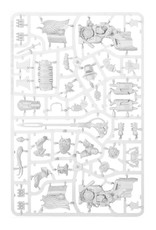 Squads of Vertus Praetors swoop into battle astride powerful Dawneagle jetbikes. Veteran warriors who have seen conflict on a hundred worlds, these Custodians know the true value of speed: not simply to bring the enemy to bear, but to direct their might precisely where and when it is needed most. Wherever they see their comrades hardest pressed, there the Vertus Praetors strike like golden lightning to bolster them. They scream across the battlefield, rapidly outflanking and encircling the heaviest enemy vehicles – even enemy aircraft are not safe, for by combining their fire Vertus Praetors are able to weave airborne webs of flakk into which hurtling enemy craft slam with terminal results.

Astride their Dawneagle jetbikes, they wear somewhat less bulky armour than the other Adeptus Custodes warriors, in order to maintain lightness – while they are still protected by auramite chest plates, shoulder pads and helmets, they wear woven trousers, boots and robes. The armour that they do wear is covered in finely sculpted sigils of the Emperor, with Imperial eagles, lightning bolts, gemstones and filigree adorning every surface, with the jetbikes they pilot featuring similar details on the aggressively-shaped cowling. The Praetors carry interceptor lances and misericordia, while the Dawneagle jetbikes are armed with a choice of hurricane bolters or salvo launcher – whichever you choose, they’re visible at the front of the vehicle, with the engine and weapon feeds visible in gaps in the cowling. The controls feature a large screen, with plenty of dials and buttons. The kit can also make a Shield-Captain, who is distinguished by his bare head.