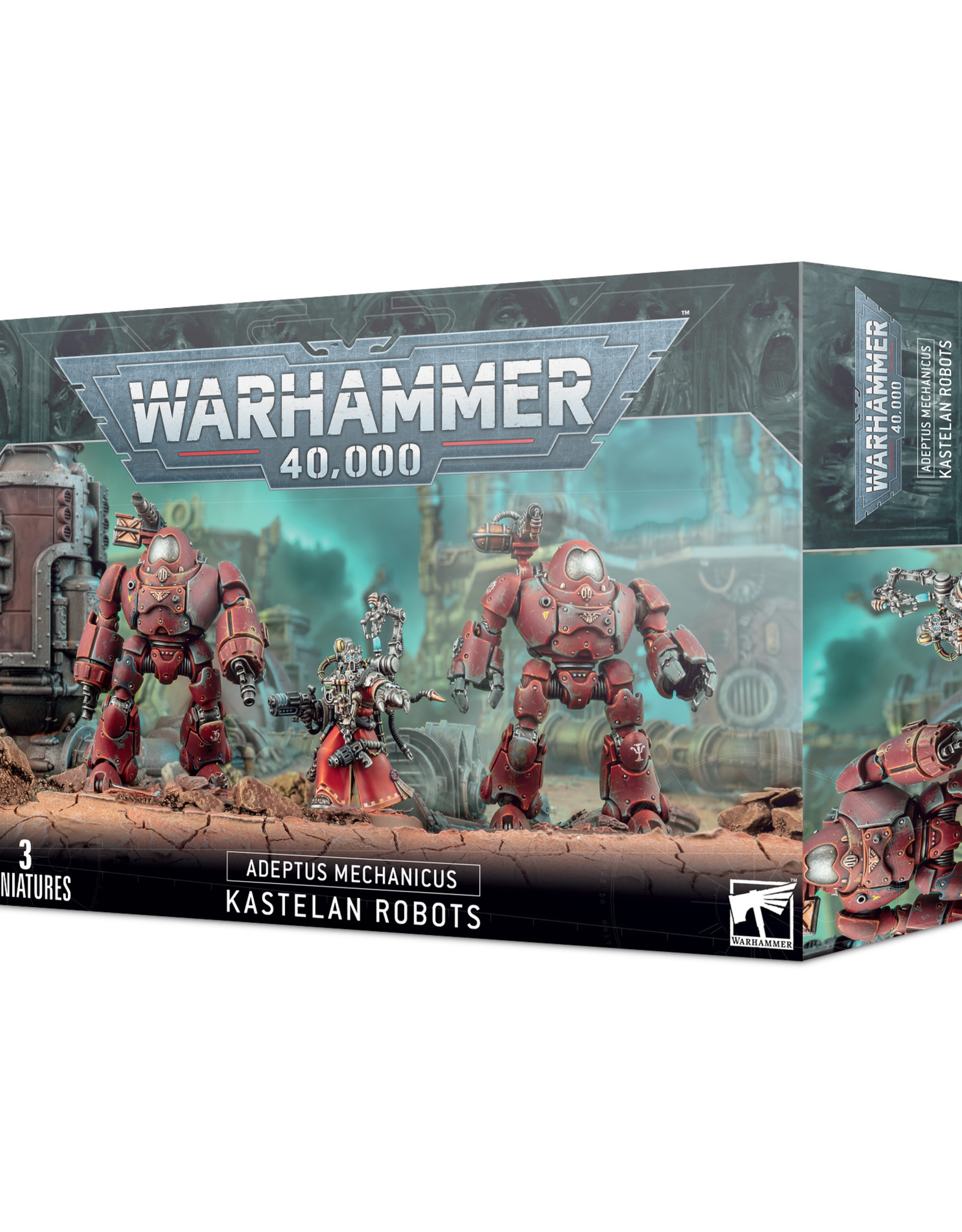 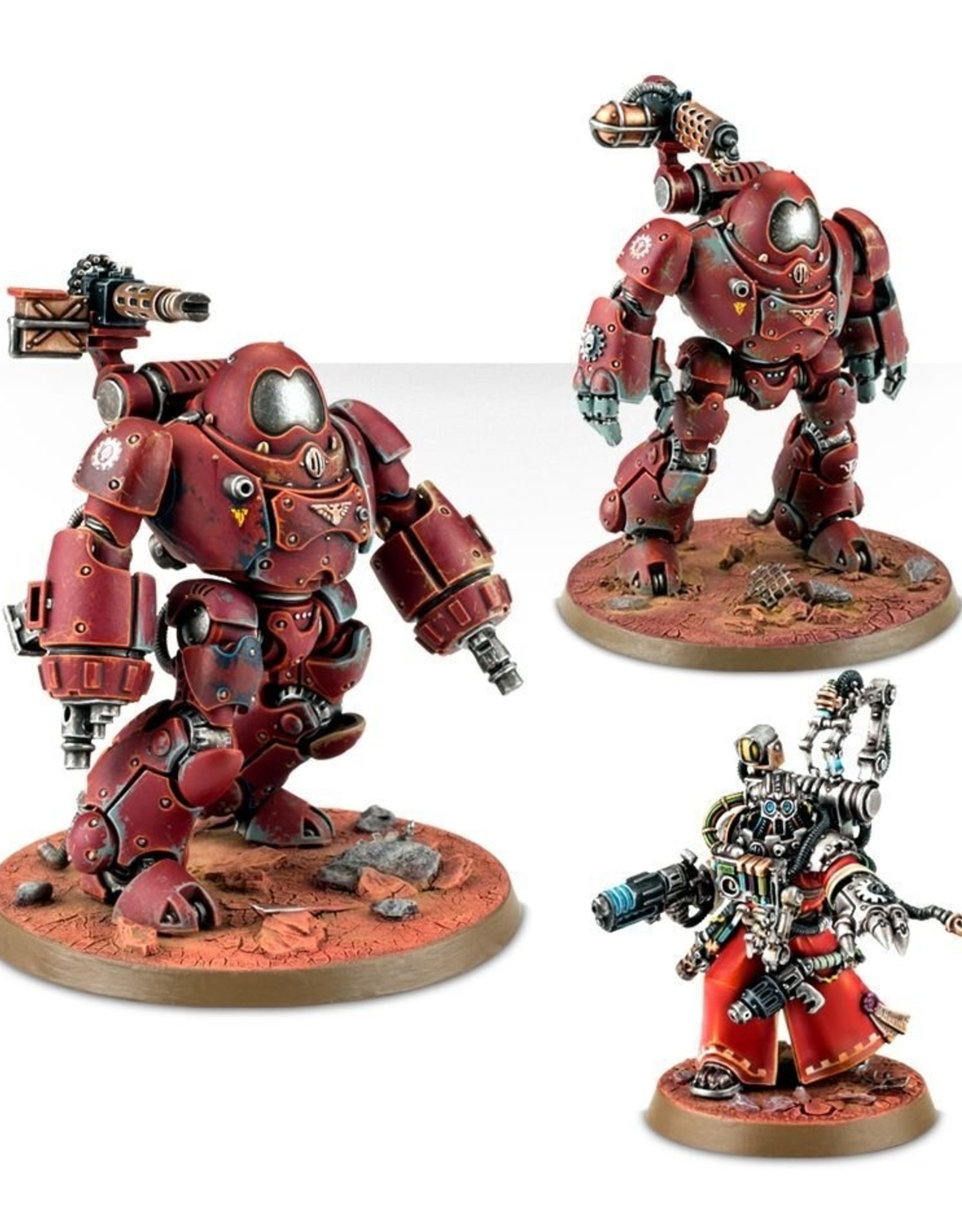 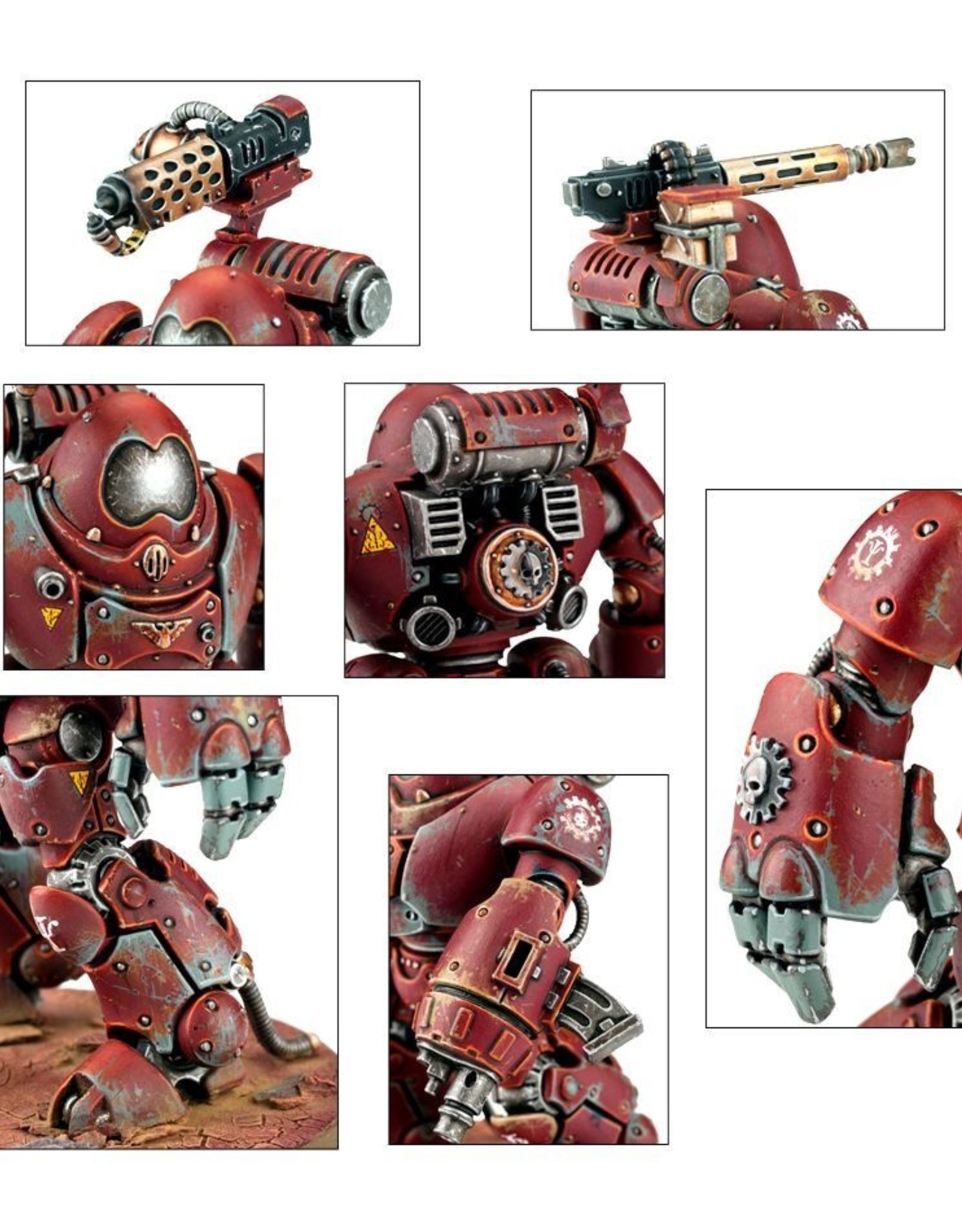 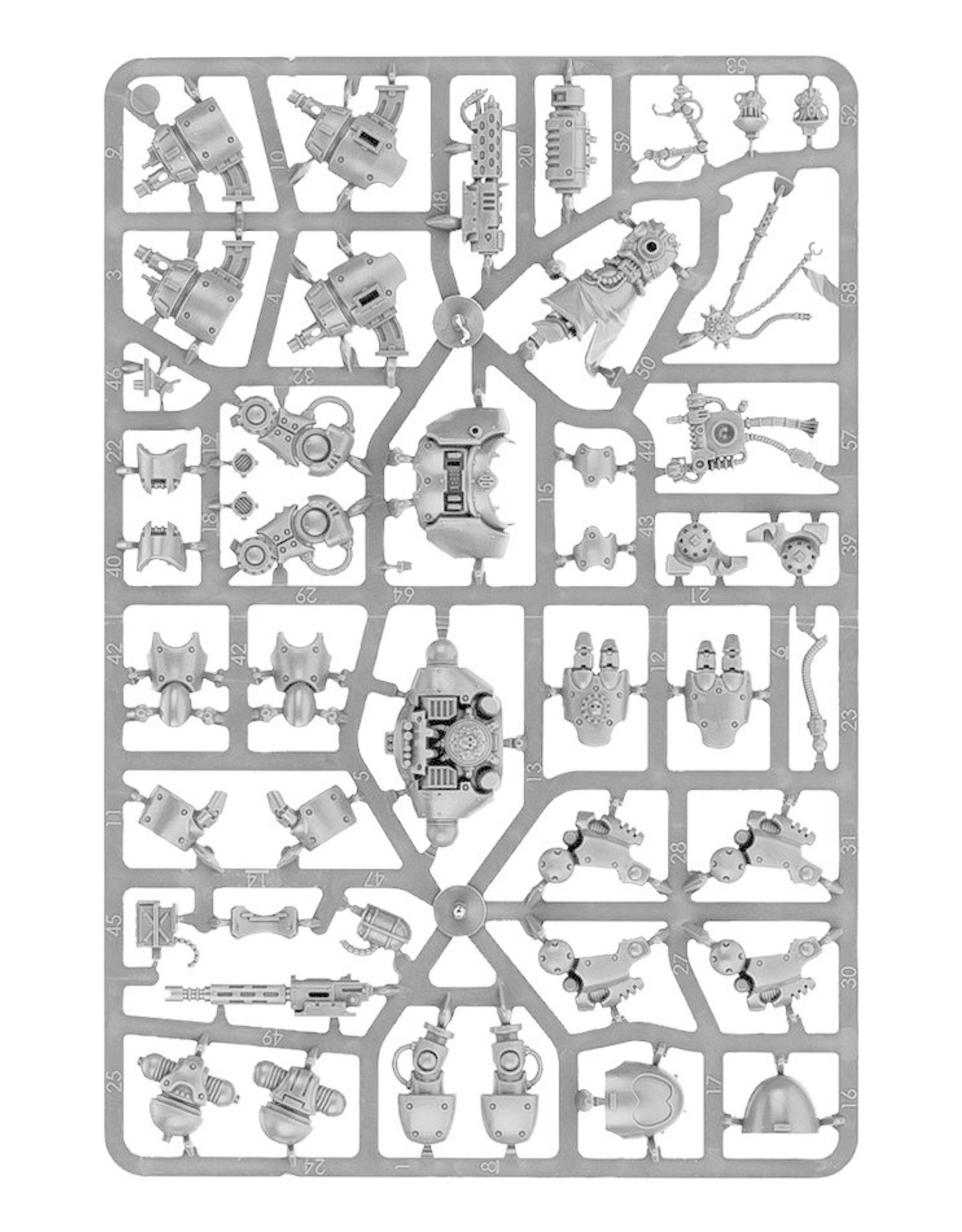 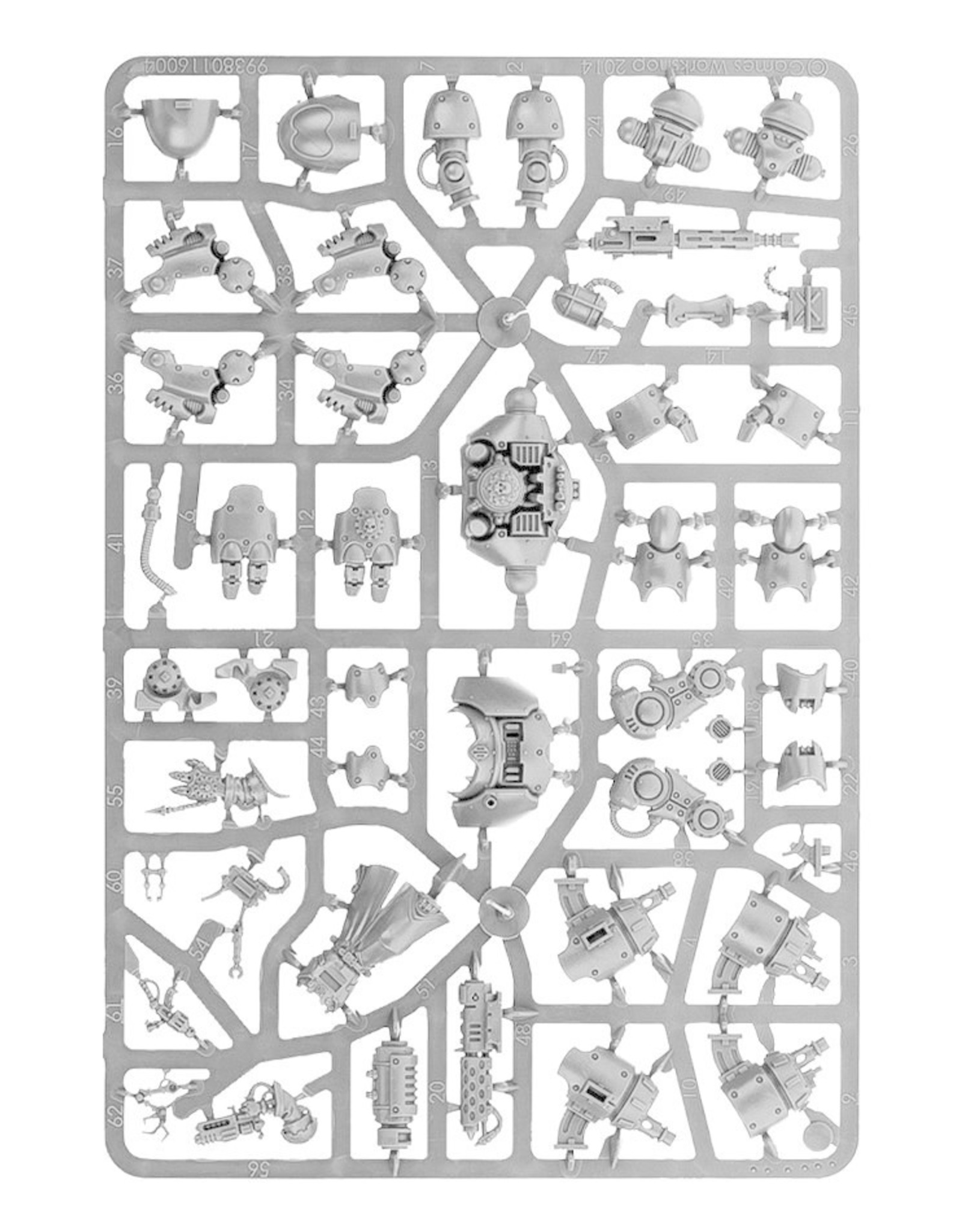 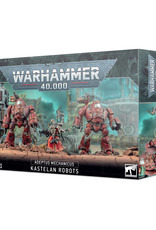 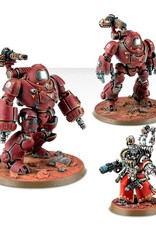 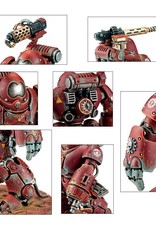 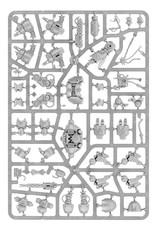 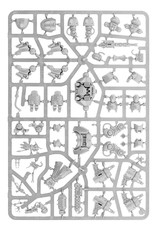 A huge, ancient robot built ten thousand years ago, the Kastelan Robot is a perfect example of the Adeptus Mechanicus’ repurposing of technology. Nearly unstoppable, their only flaw is that of any mere machine; they will follow instructions to the letter, even if this results in their own demise. A specialist Tech-Priest - the Cybernetica Datasmith - must constantly update and reprogram the Kastelan via order dataslates, lest this enormous, clanking robot simply stride blindly into a nearby chasm. Make no mistake, however; when his controls are set to destroy, the Kastelan will destroy.

The Kastelan Robots are armed to where their teeth would be, if they had teeth - options include two sets of power fists, two sets of twin-linked phosphor blasters and a choice of carapace-mounted weaponry (incendine combustor or yet another phosphor blaster - two of each are supplied). The Cybernetica Datasmith is armed with a gamma pistol, dataspike and a servo arm assembly featuring a rivet gun. A prehensile socket drill allows him to reprogram the Kastelan Robots on-the-fly. He also features a choice of two heads.