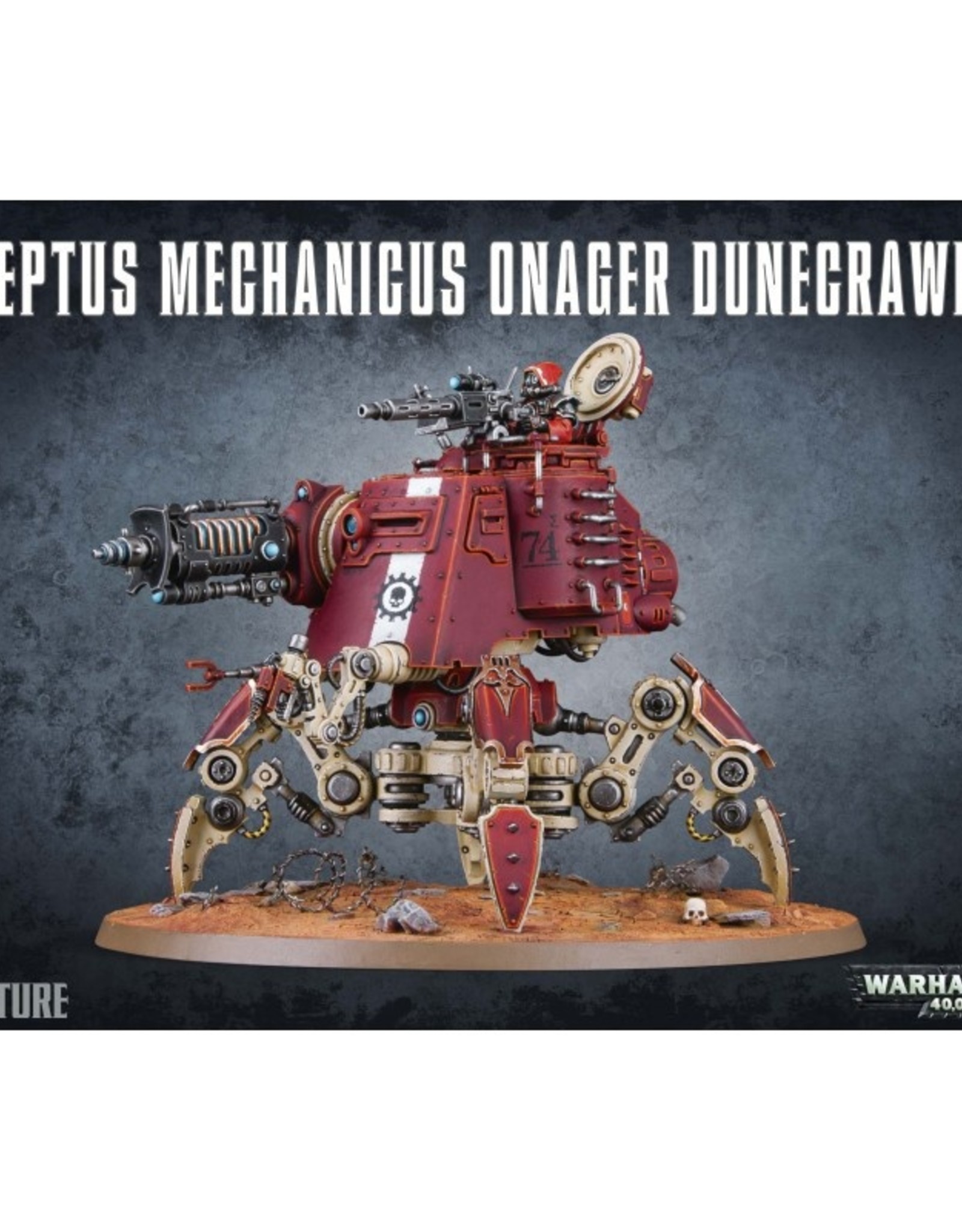 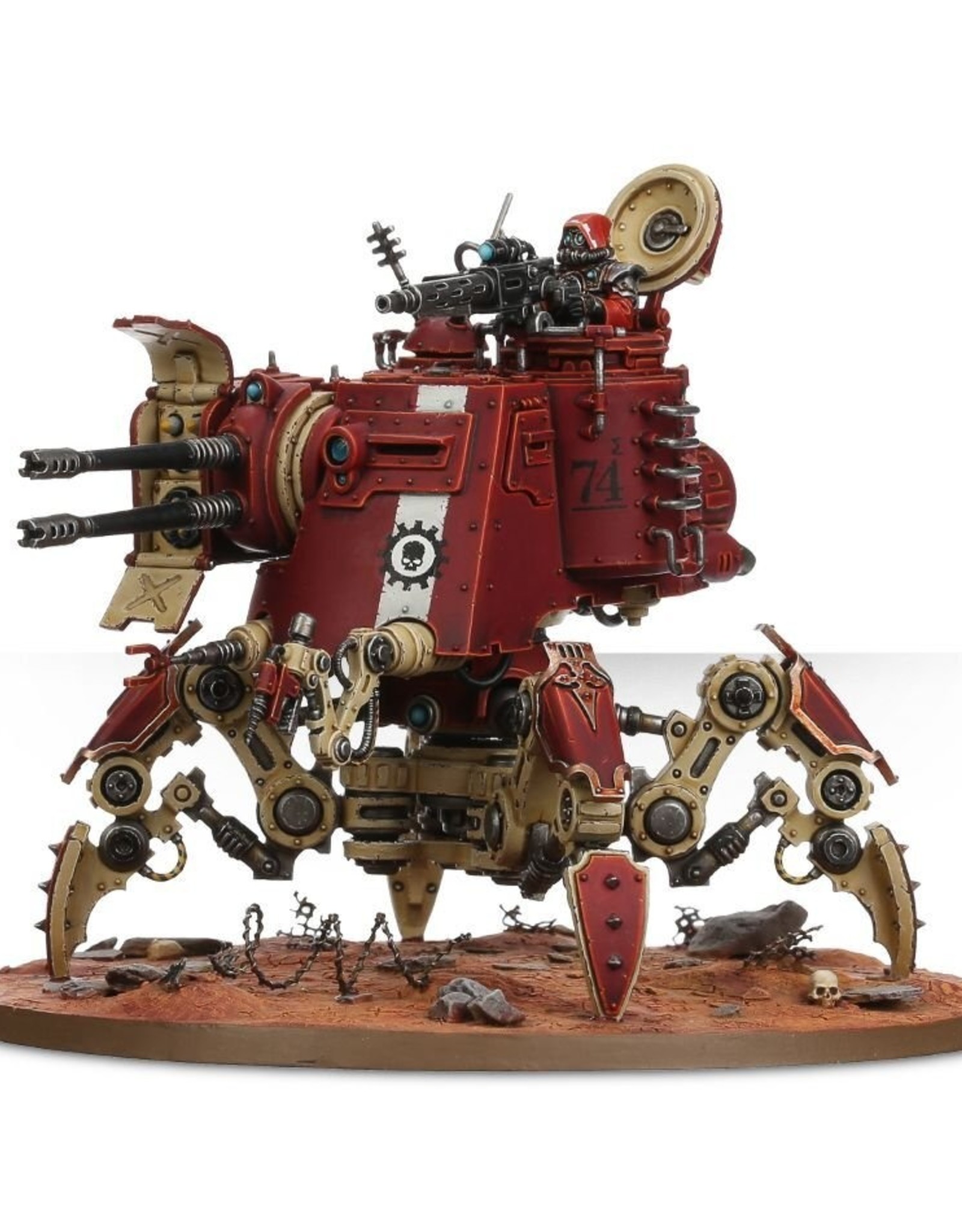 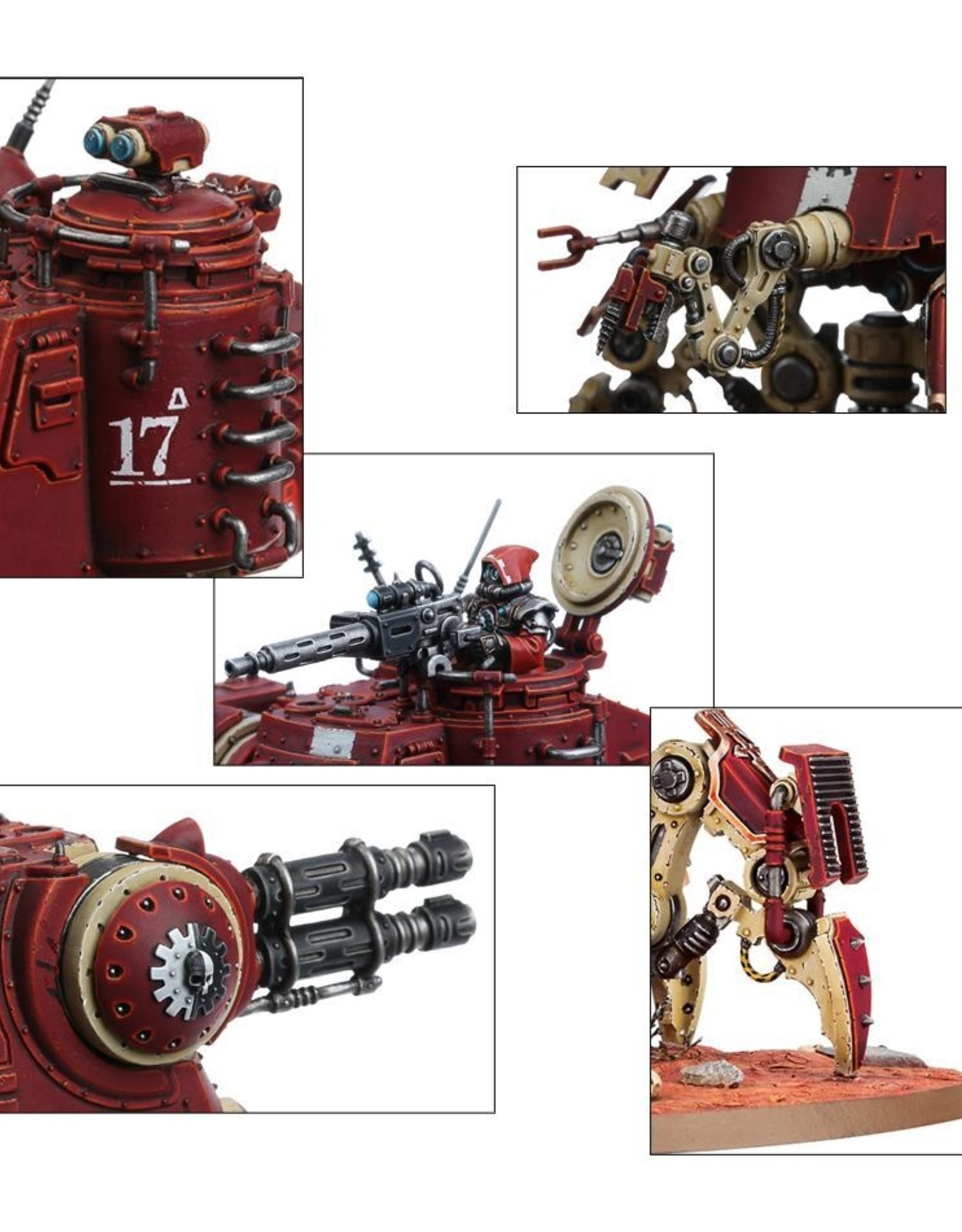 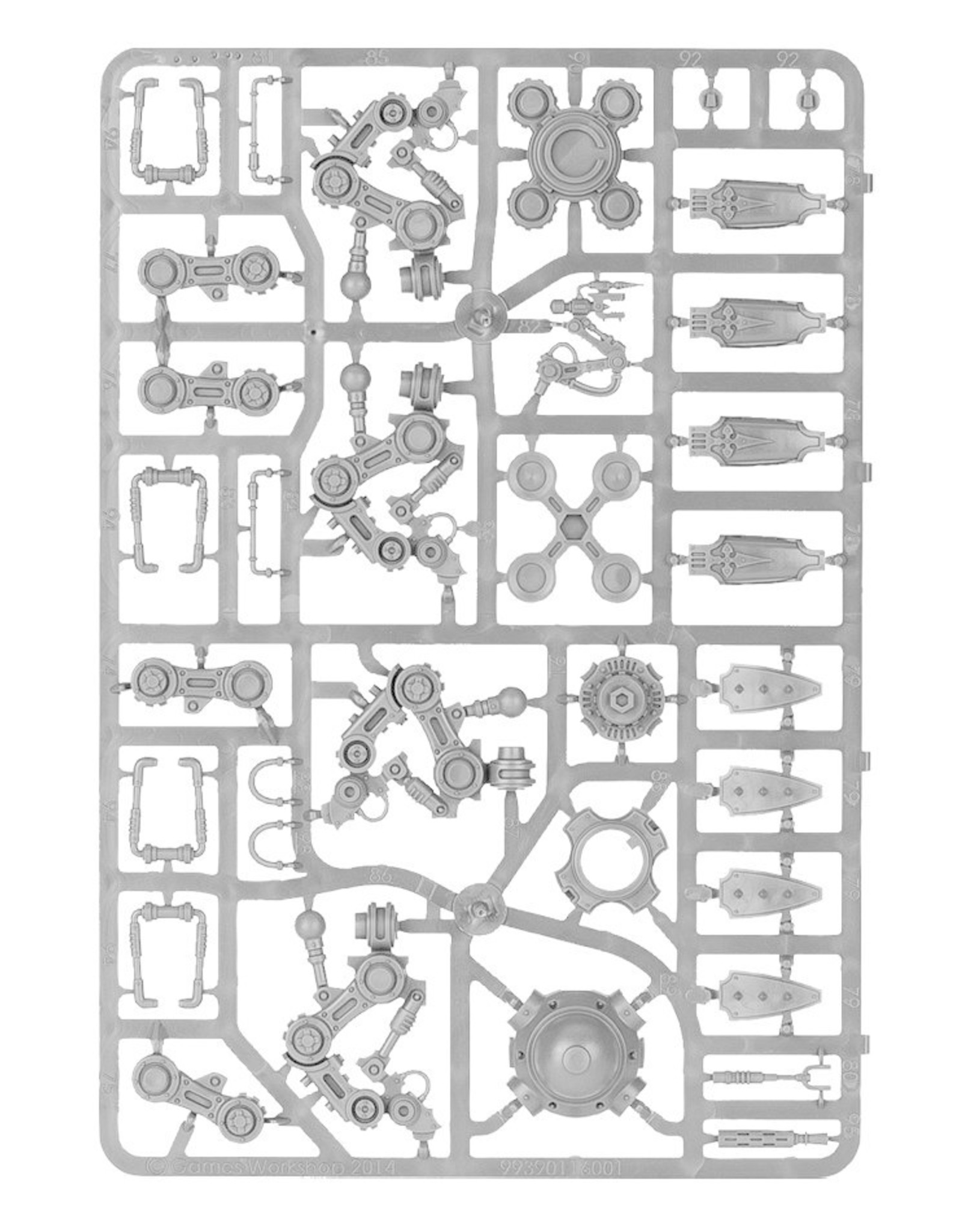 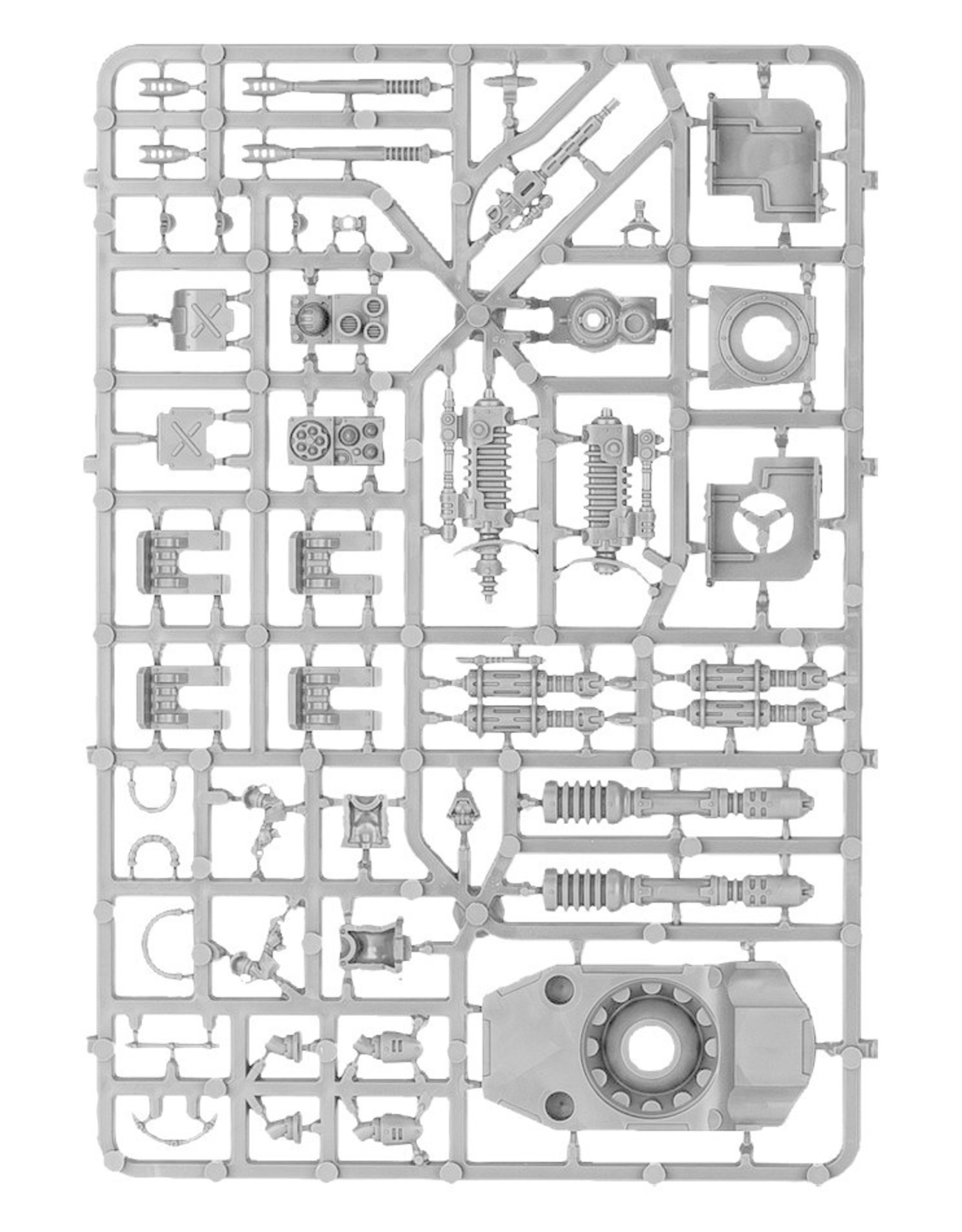 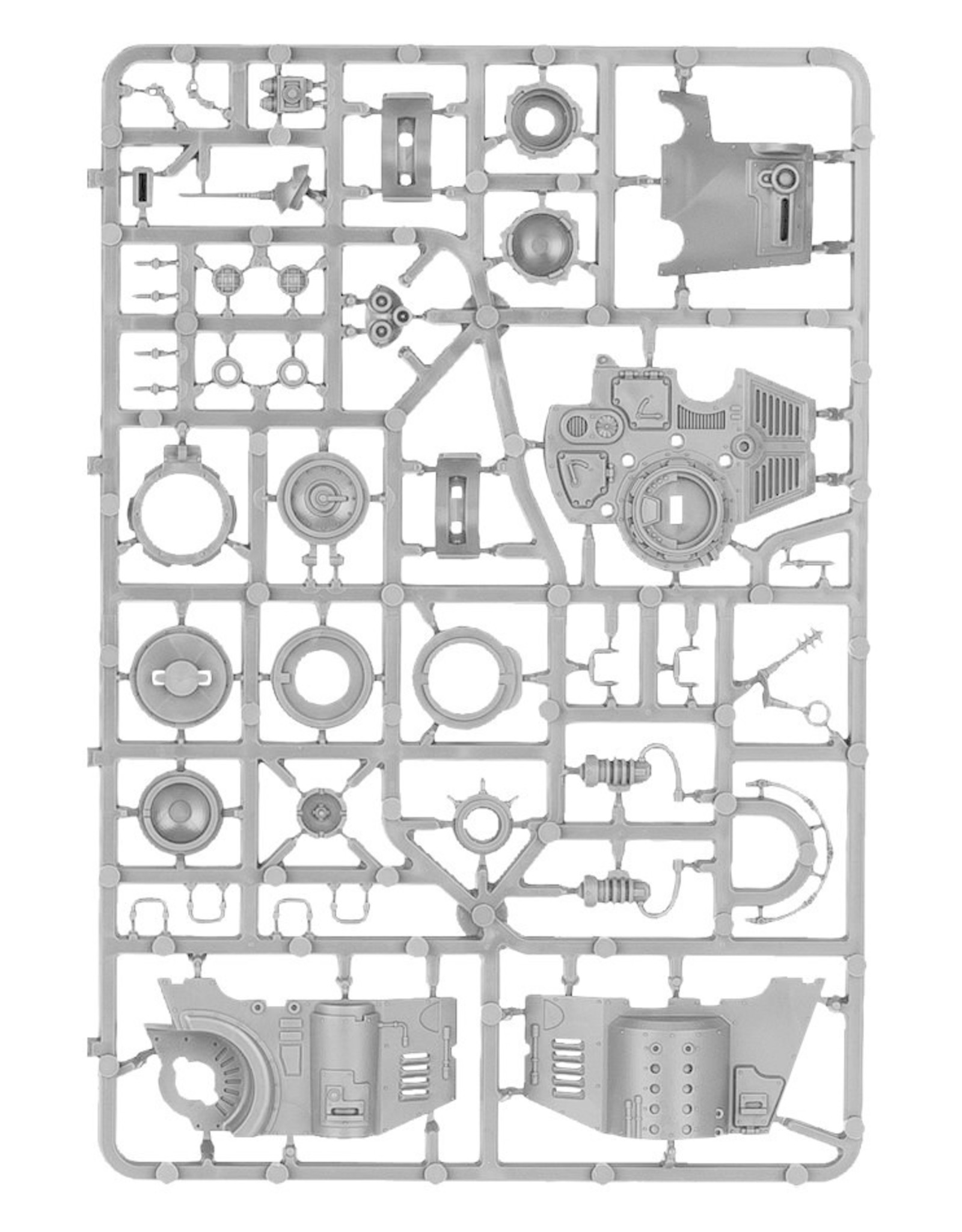 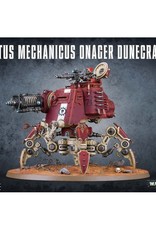 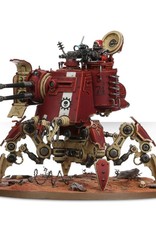 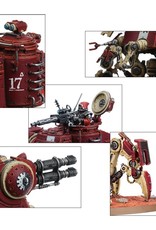 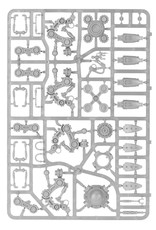 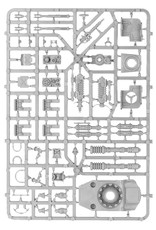 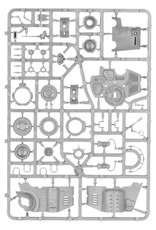 Owing its origin to the lost knowledge of millennia, the Onager Dunecrawler is based on the Mars Universal Land Engine; itself inspired by the bad-tempered beasts of burden that transported their masters across Holy Terra in ancient times. The Onager Dunecrawler, rather than being a mere people-carrier, is absolutely brimming with advanced, powerful weaponry capable of reducing worlds to wastelands.

A light walking tank, the Onager Dunecrawler features four crab-like legs with optional armour plating. The armoured cabin and reactor are complemented by a huge variety of modelling options, with searchlights, smoke launchers, cognis manipulators and mindscanner probes; and the cupola can be modelled closed or open, featuring a Princeps wielding a heavy stubber. You get a massive amount of configuration and customisation available even before applying weaponry.

On the subject of weaponry, included in the box are four variants: an eradication beamer, twin phosphor blasters with sensors, a neutron laser featuring a coaxial cognis heavy stubber or an Icarus array - an awesome anti-air assault package comprising twin autocannons, a gatling flak launcher, an armour-piercing missile launcher and a radar dish.