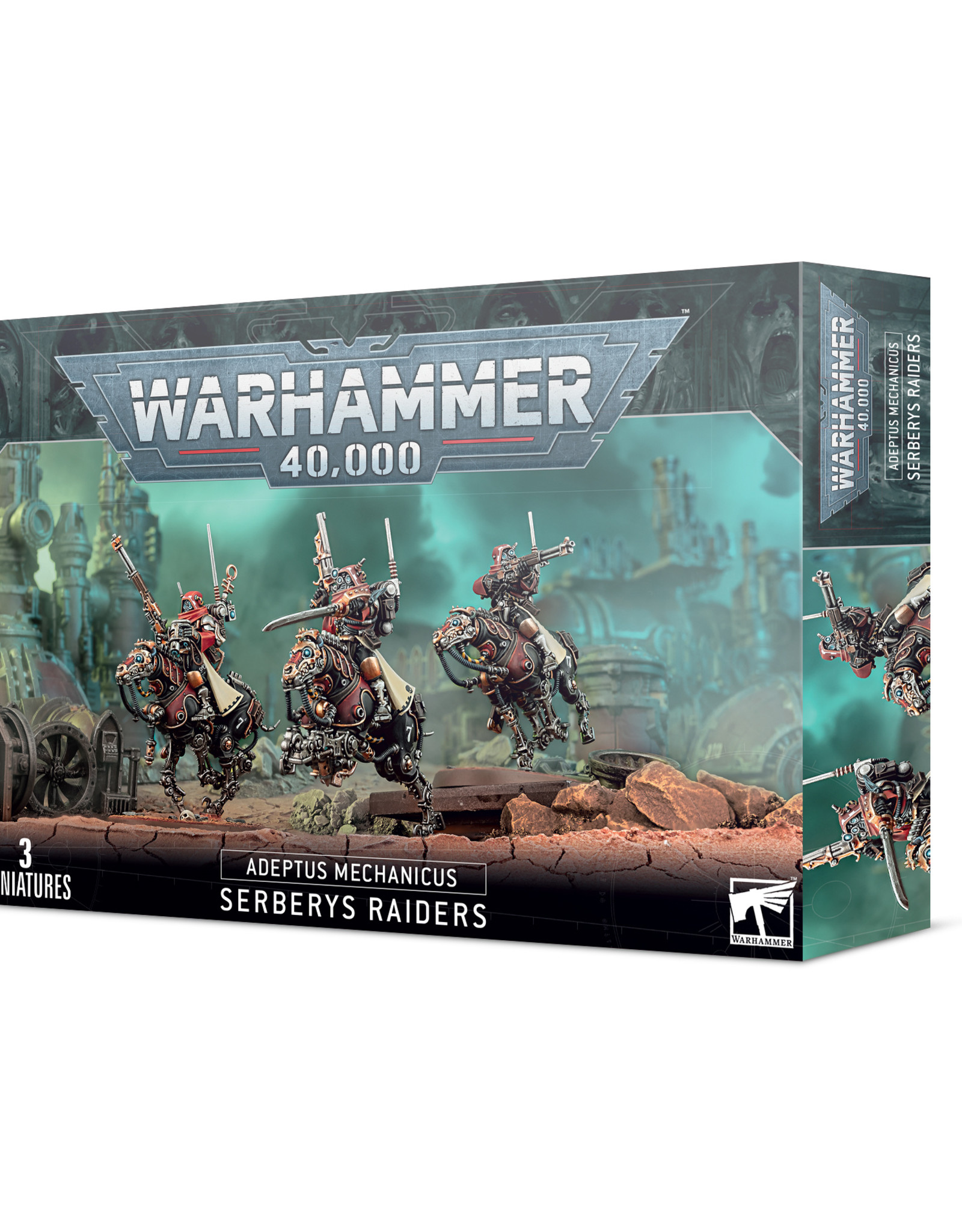 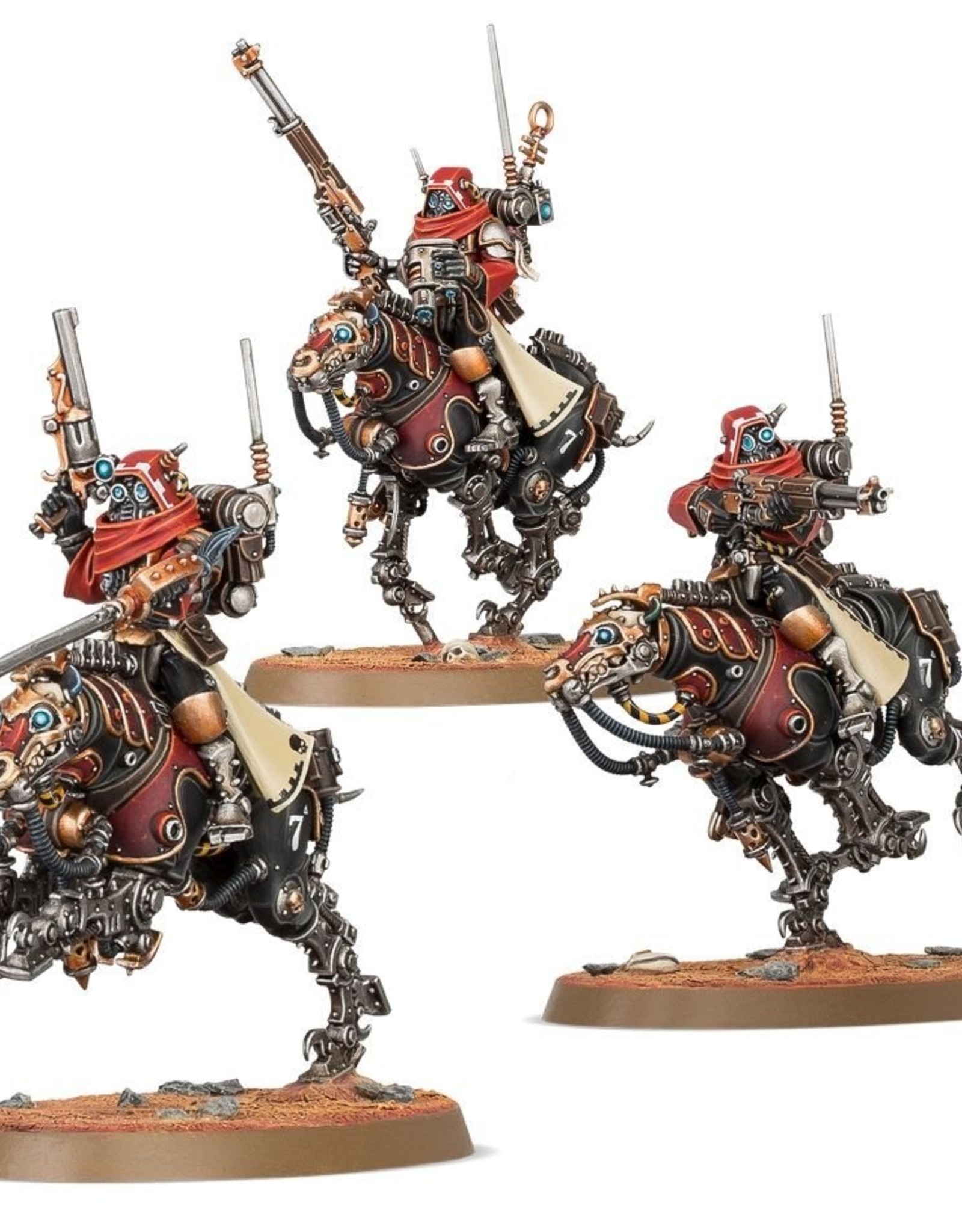 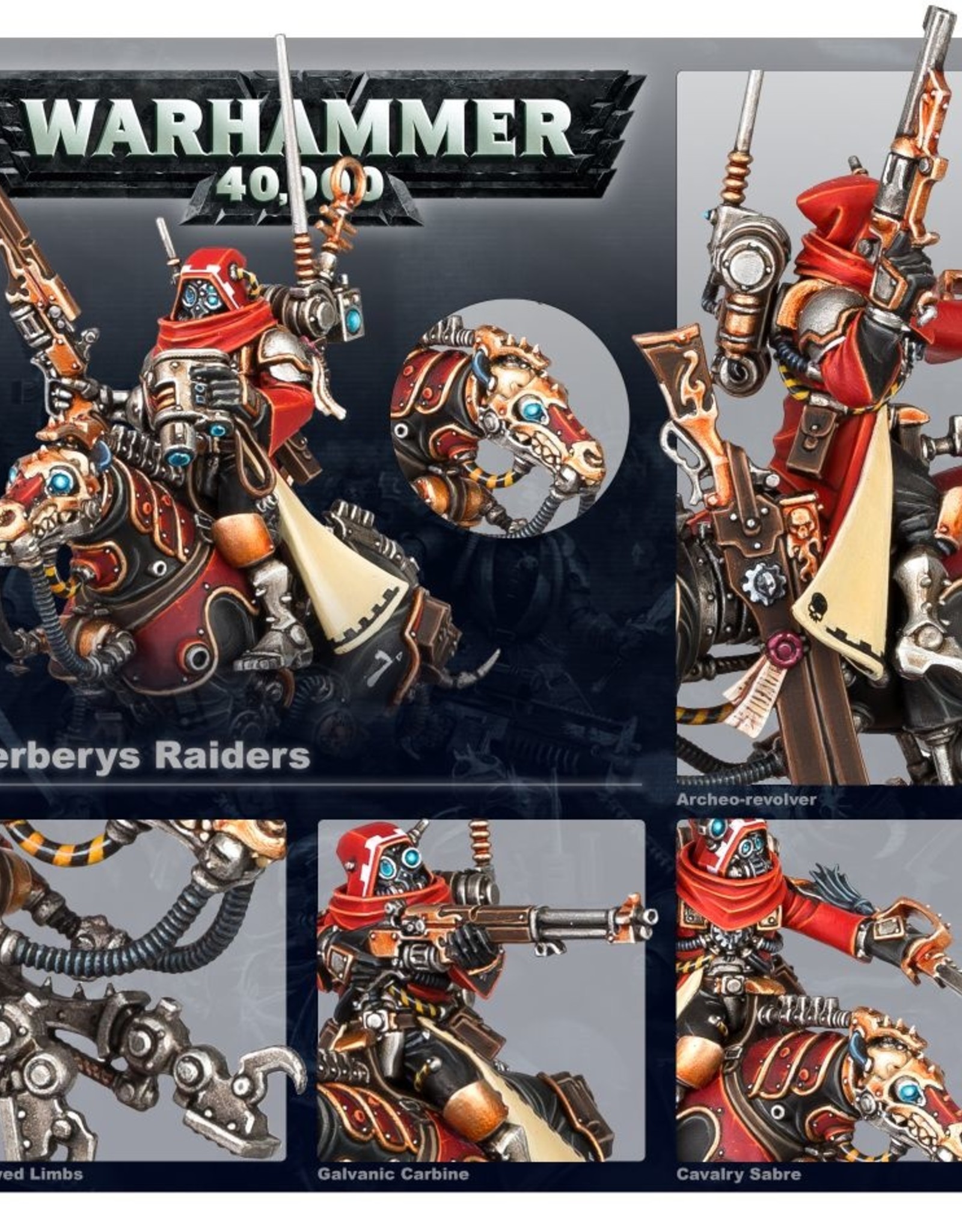 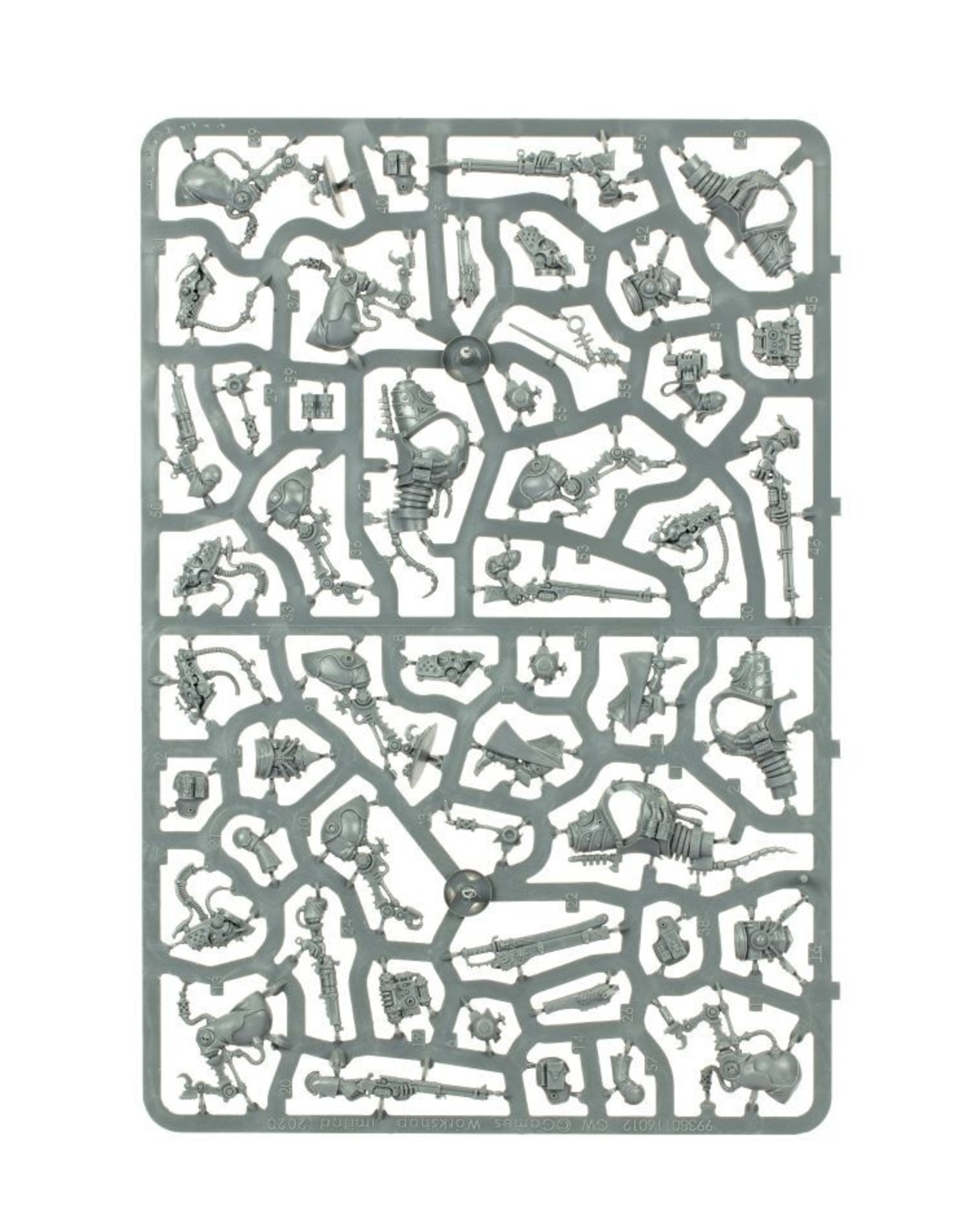 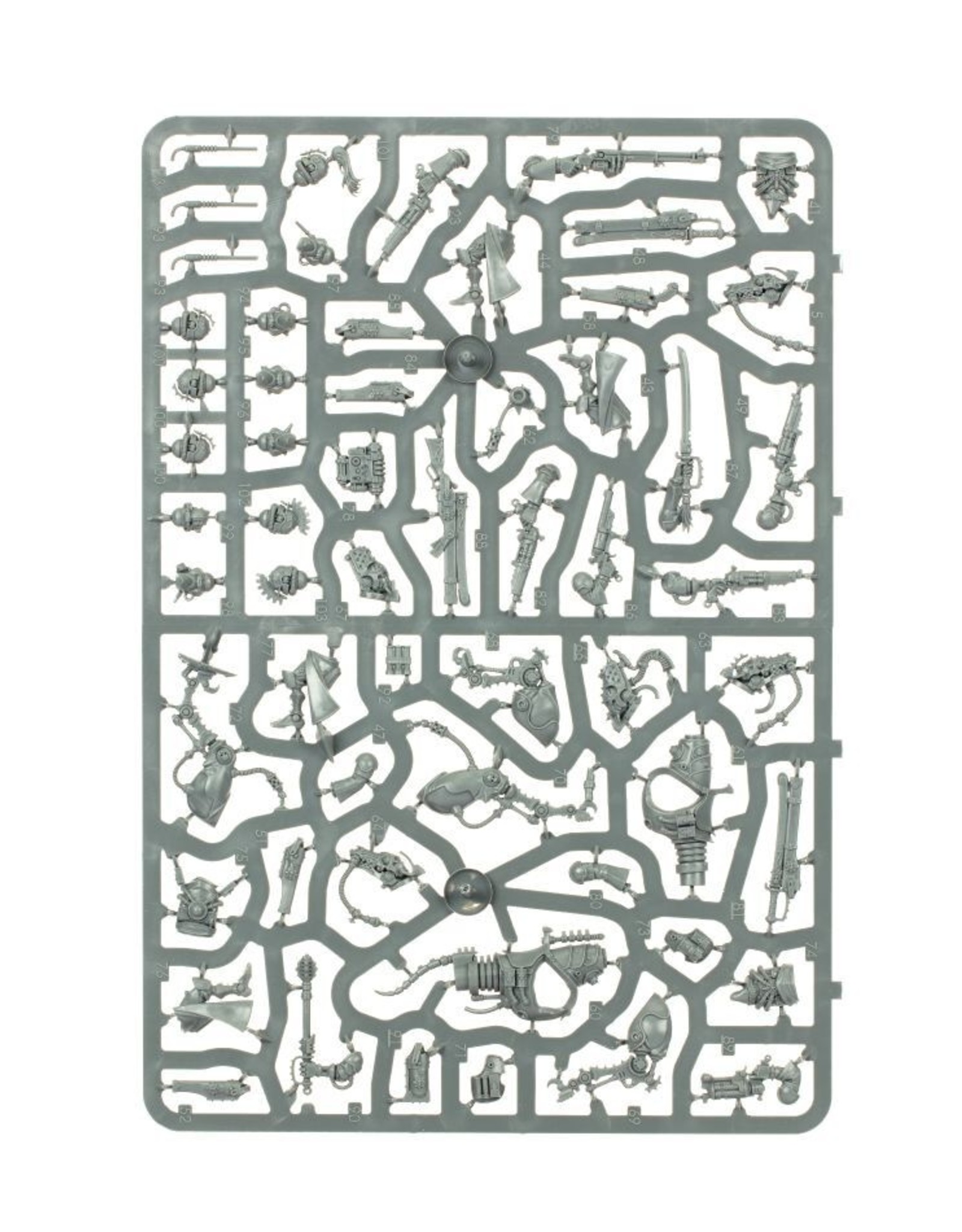 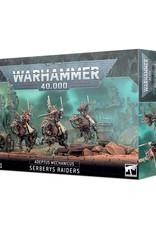 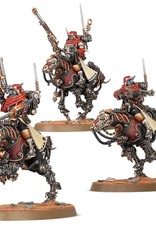 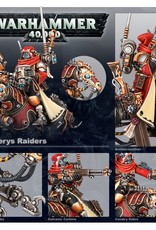 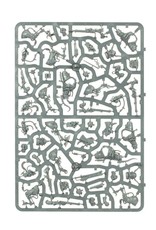 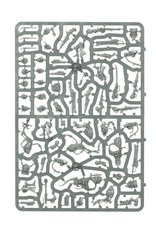 To be promoted from the Skitarii maniples to the Serberys corps is a great honour. They ride swift quadrupedal constructs whose razor-clawed limbs allow them to manoeuvre easily over the most shattered terrain, while their riders are mag-locked in gyro-stabilised positions. Serberys Raiders are long-range scouts and outriders. They excel at outflanking enemy forces and picking off unprotected assets. Advanced ocular arrays implanted into the riders’ skulls are noospherically linked with their mounts, ensuring maximum accuracy, while finely calibrated olfactory sensors and a suite of sensitive augury equipment make them dogged and feared trackers.

Serberys Raiders are well equipped for combat at every distance, with galvanic carbines offering ranged punch and finely crafted cavalry sabres for melee combat. The squad’s alpha is also armed with a hard-hitting archeo-revolver. They make for a versatile vanguard unit, able to ride ahead of their fellow Skitarii and even snipe at enemy command assets.