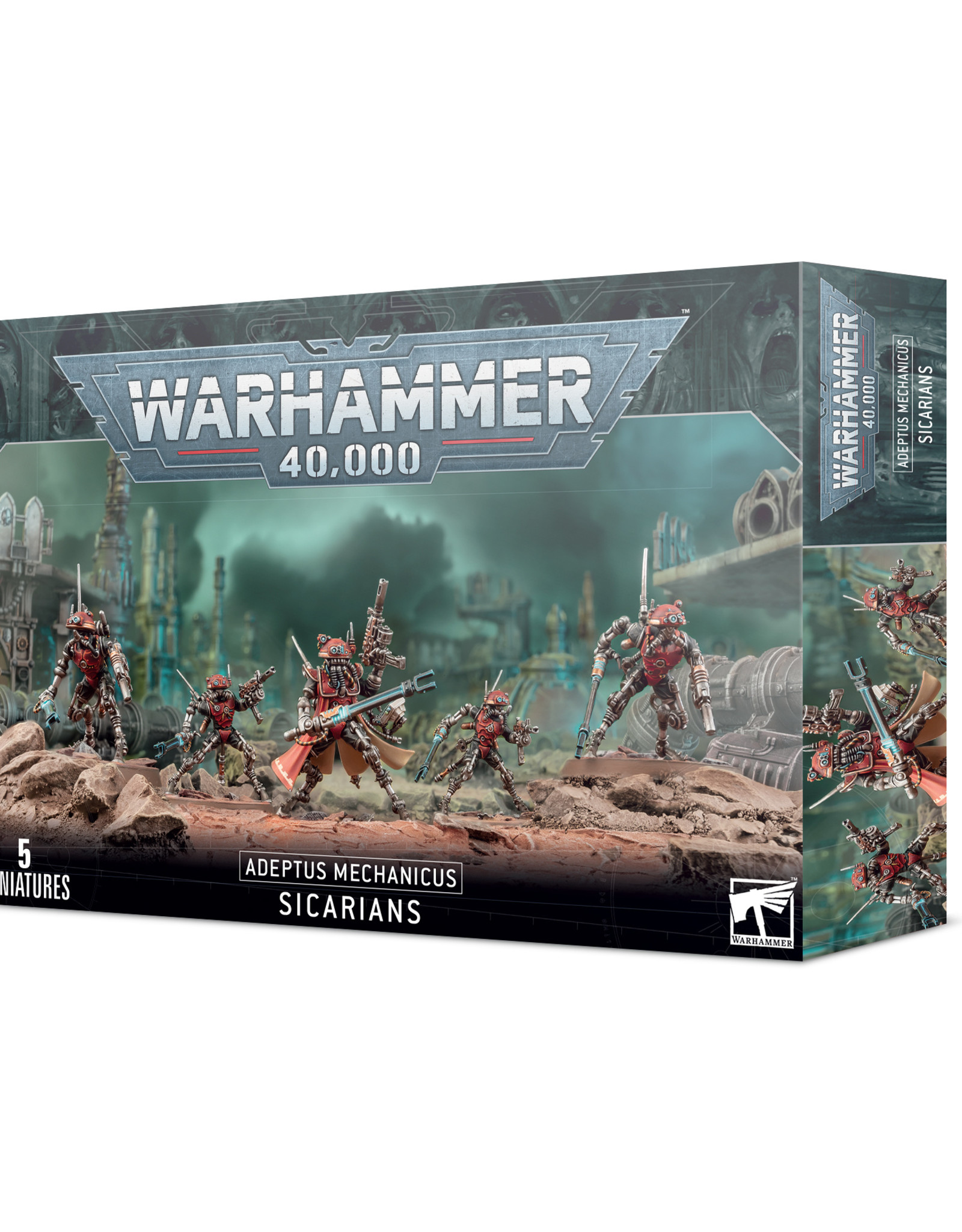 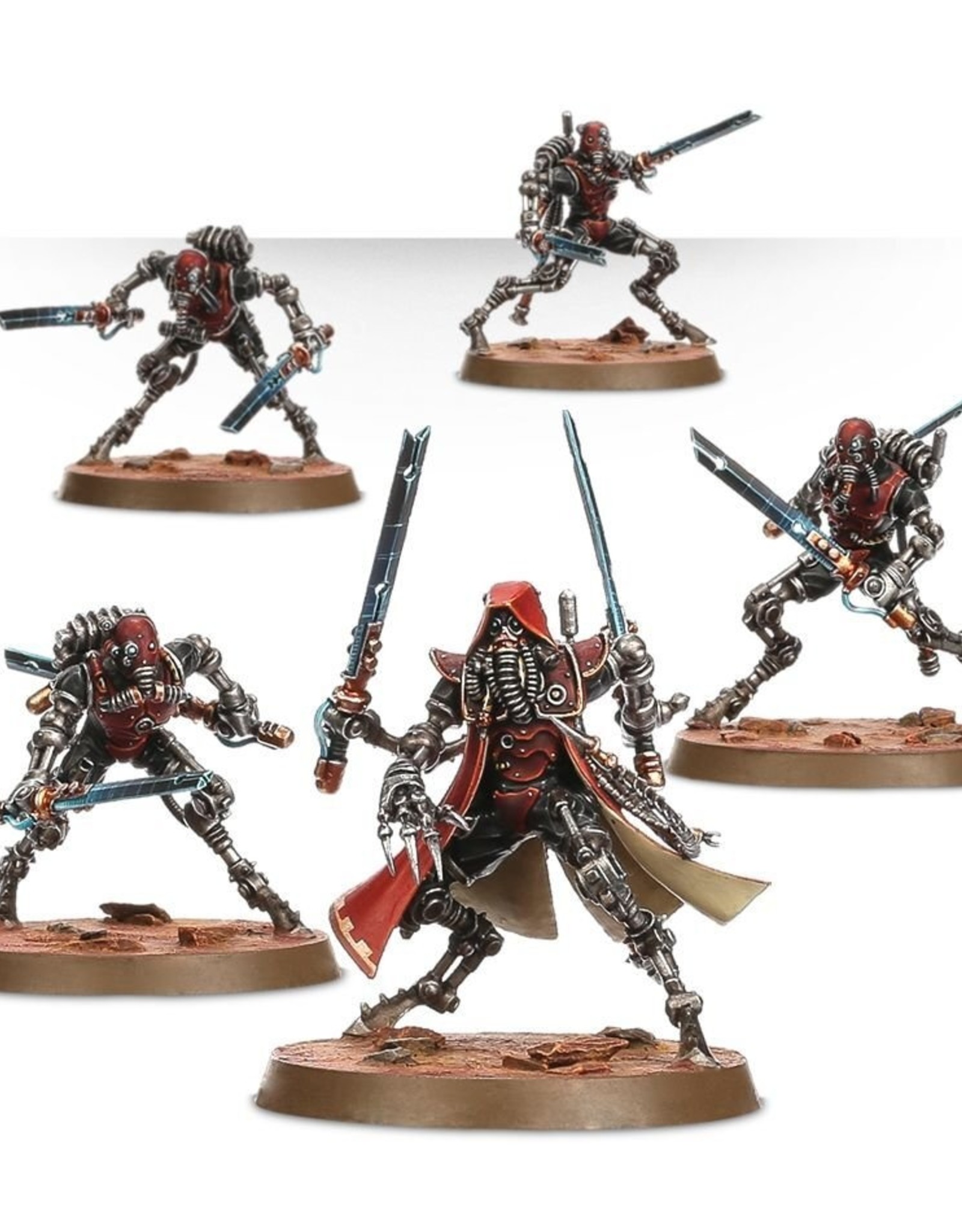 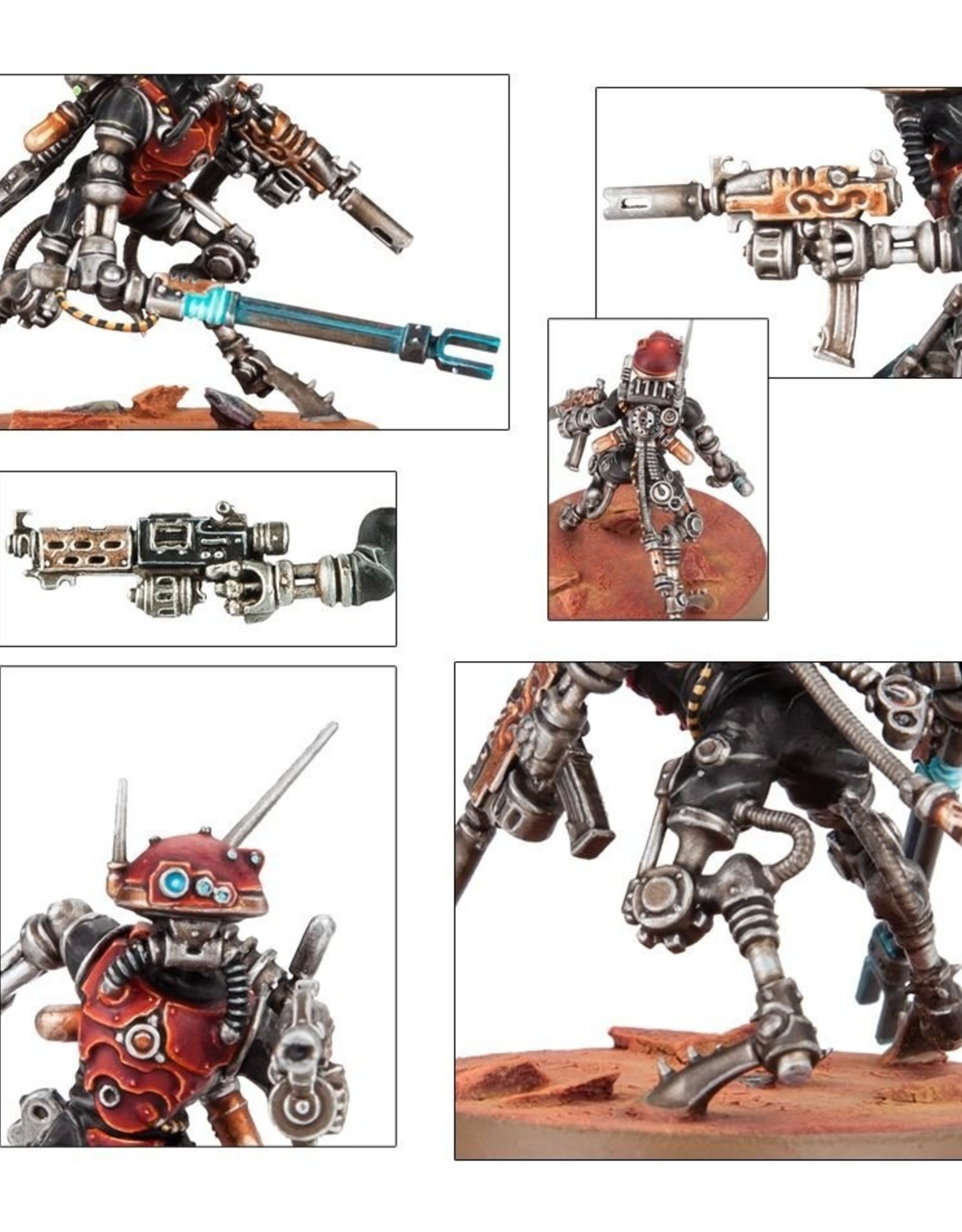 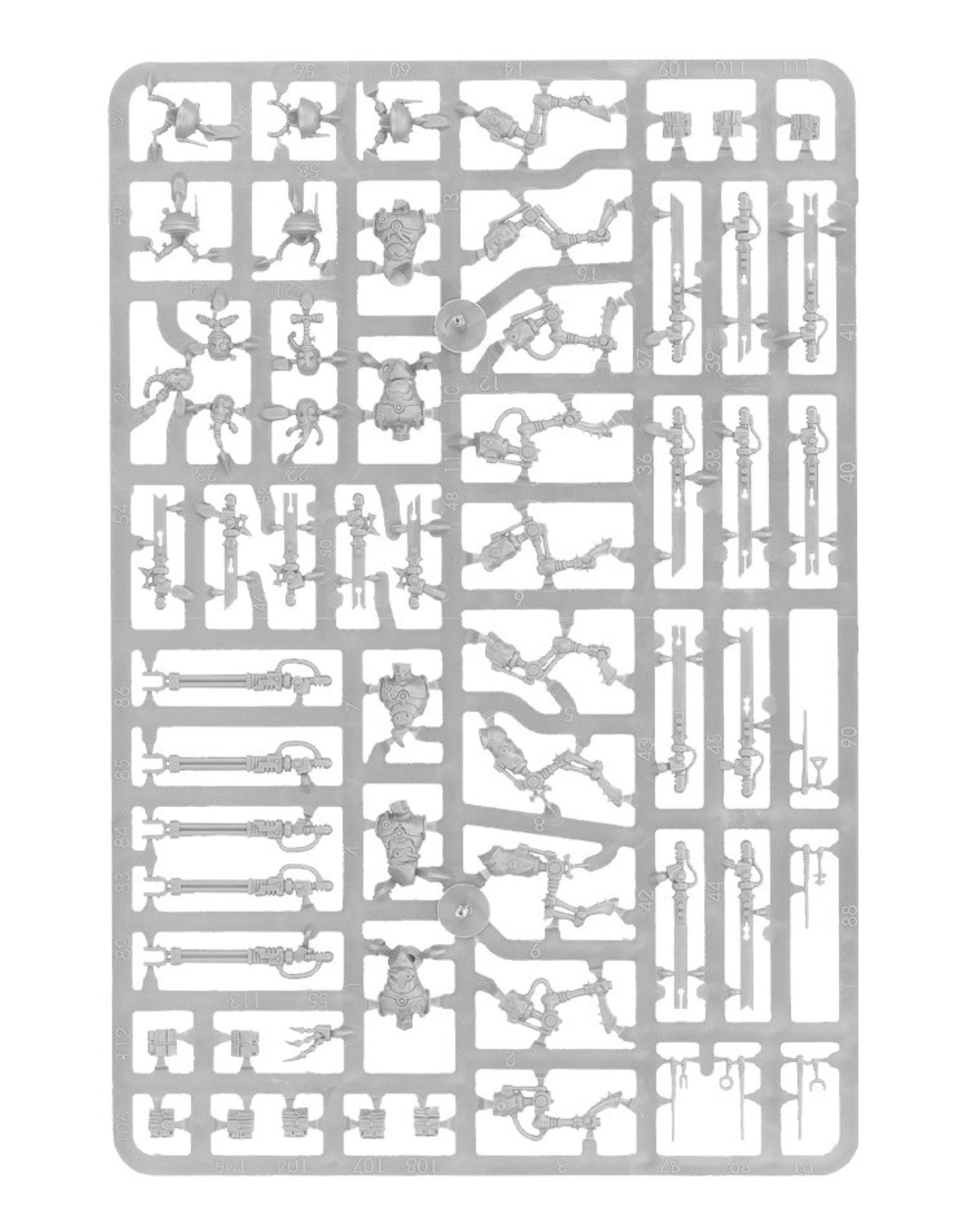 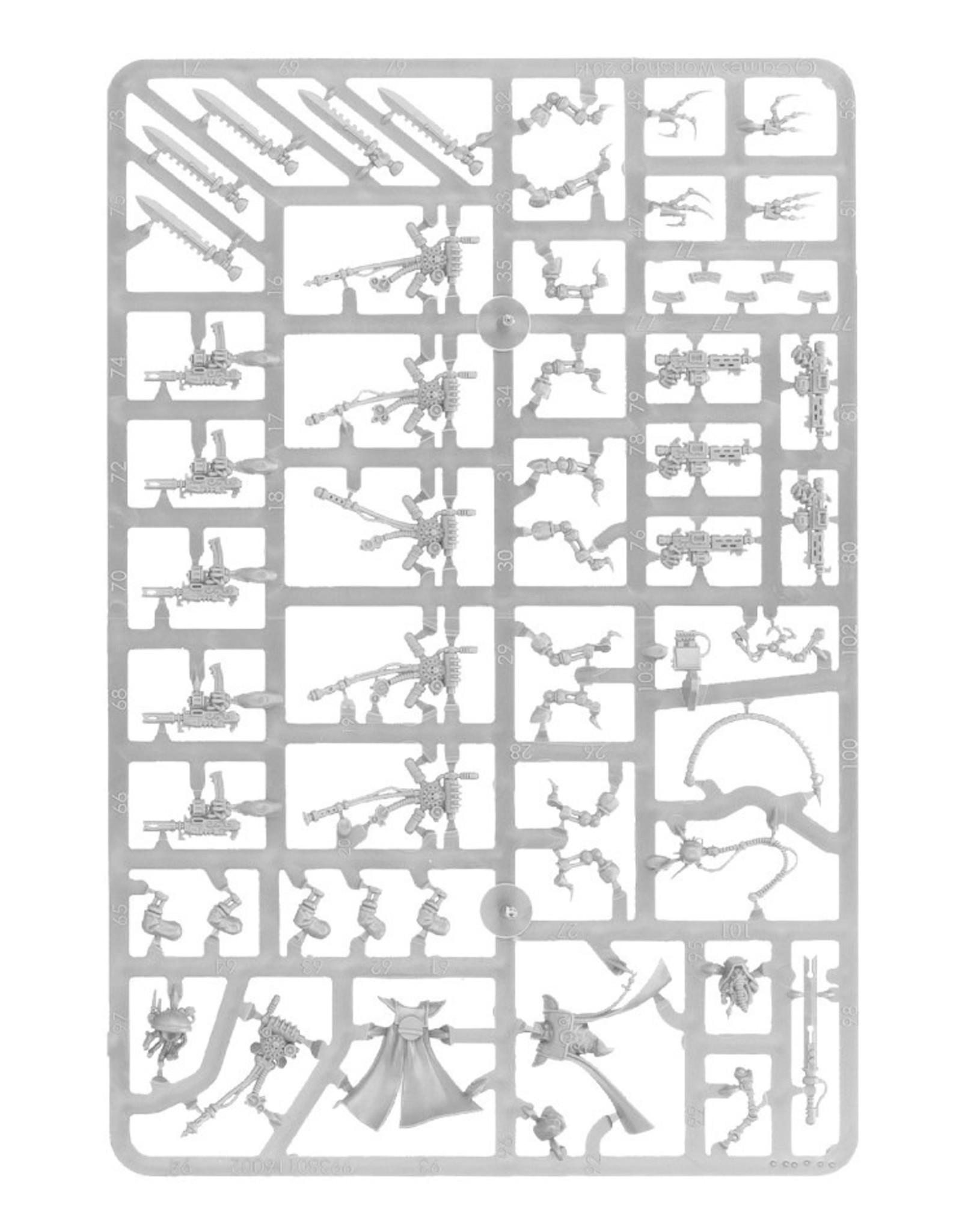 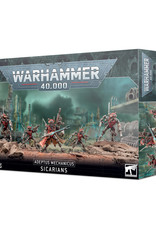 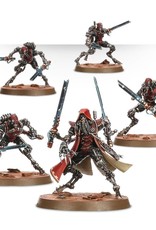 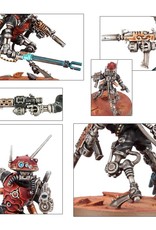 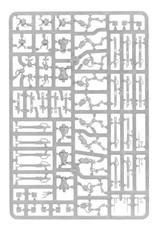 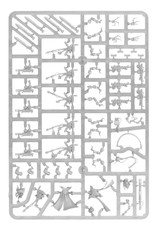 Now more machine than man, the Sicarian Infiltrators are a hideous, frightening strike force - the height of Adeptus Mechanicus posthuman engineering. Enemies fall, deafened and blinded by the scree of a brutally disruptive audiovisual assault; battles are often decided before even a single kill is confirmed.

The Sicarian Infiltrators are the scout class; almost their entire human heads have been replaced with an intricate domed helm allowing a three-hundred and sixty degree view of the battlefield. Two weapon options are available to each model - ten sets of stubcarbine and power sword, or ten sets of taser goad and flechette blaster; a total of twenty weapons in the box. Their princeps carries a stubcarbine and power sword, with an included infoslave skull - every movement recorded and analysed for the optimisation of battle.