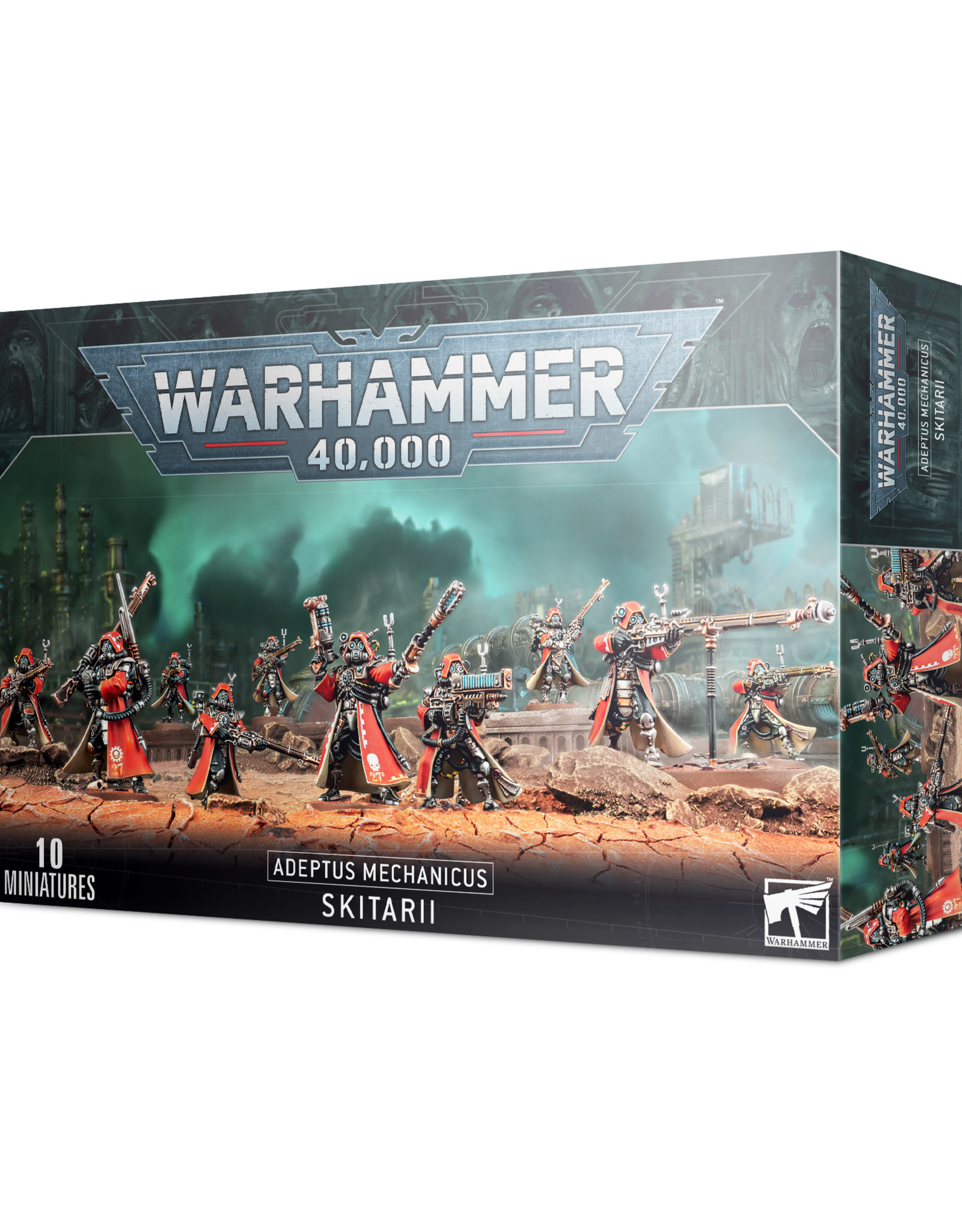 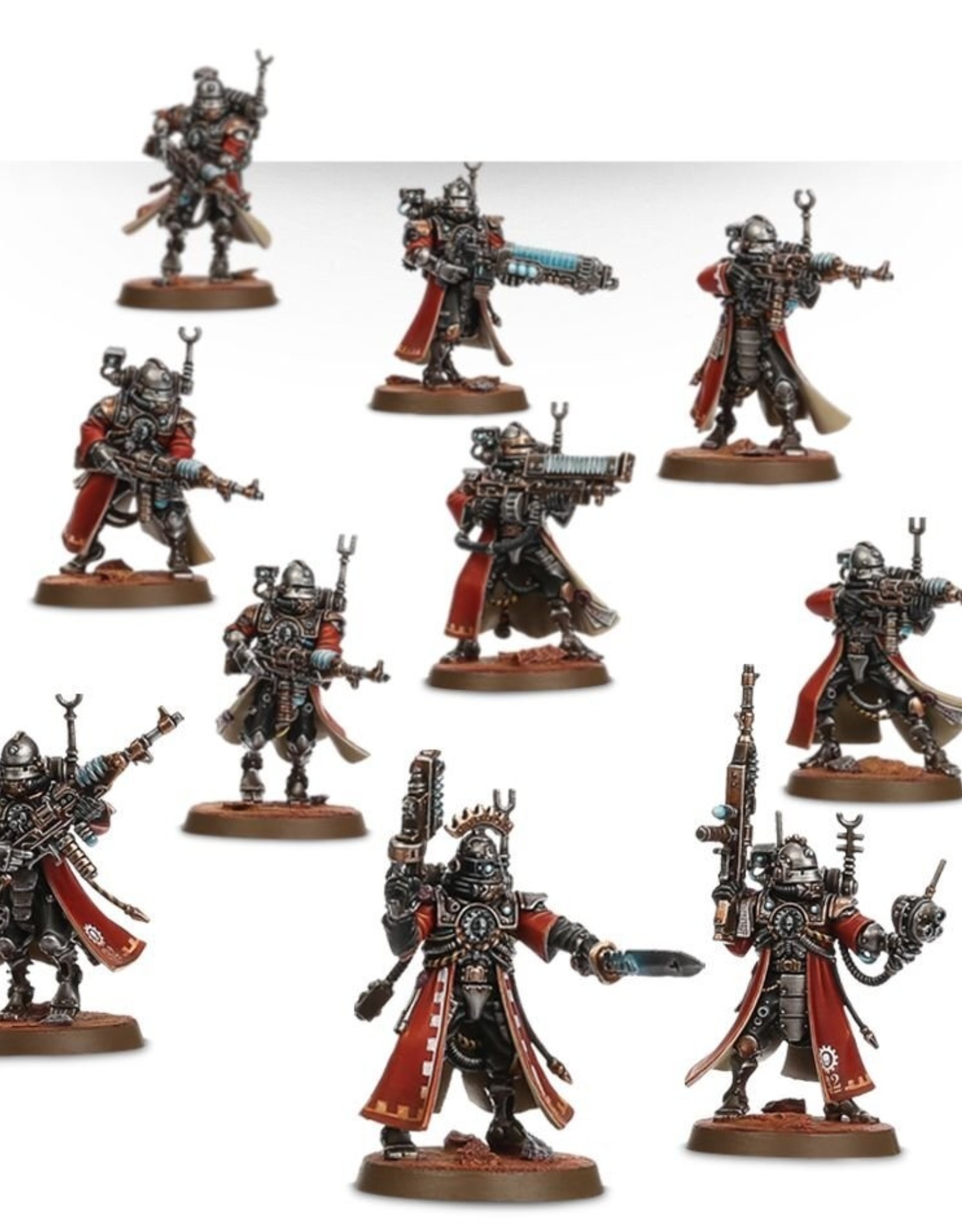 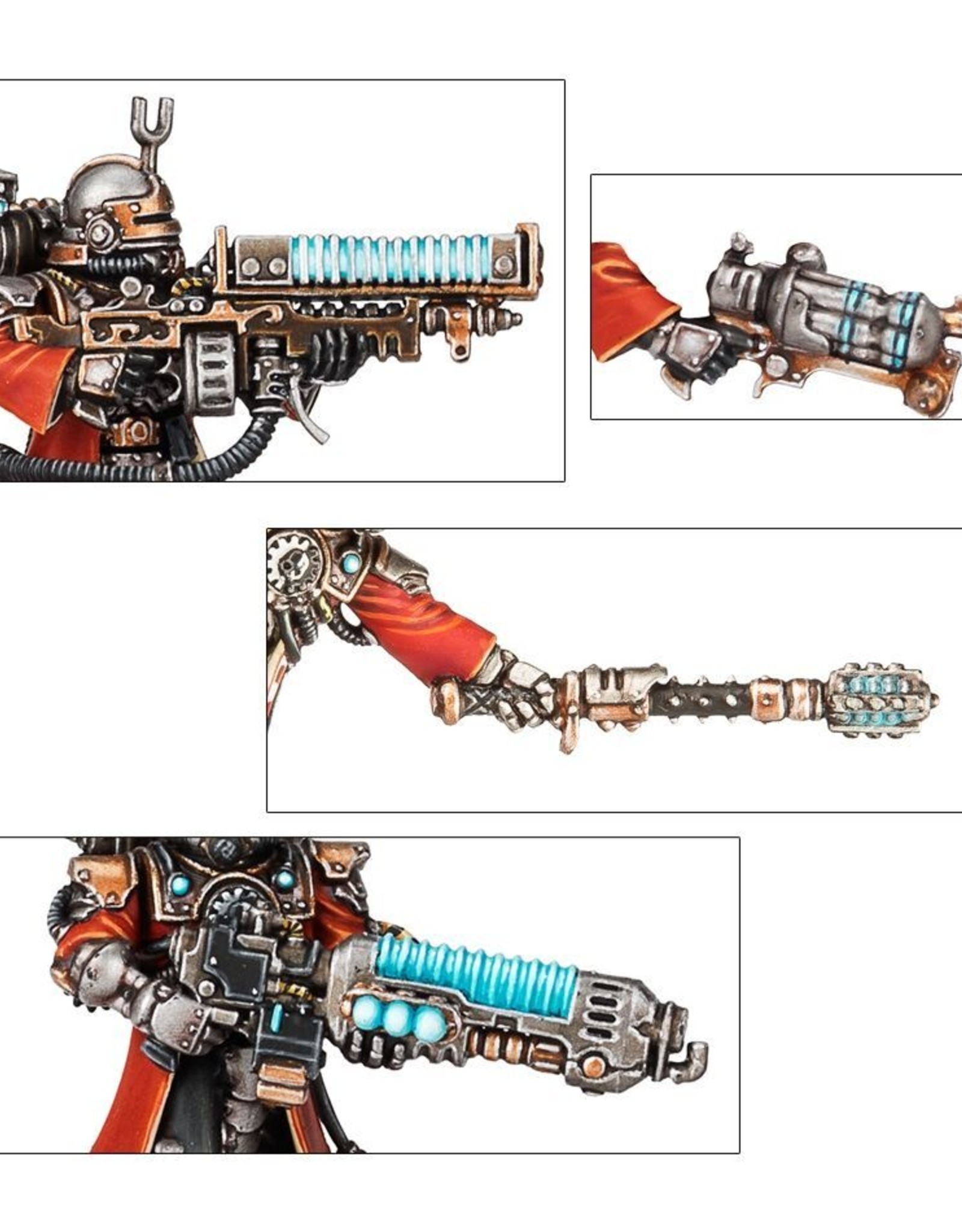 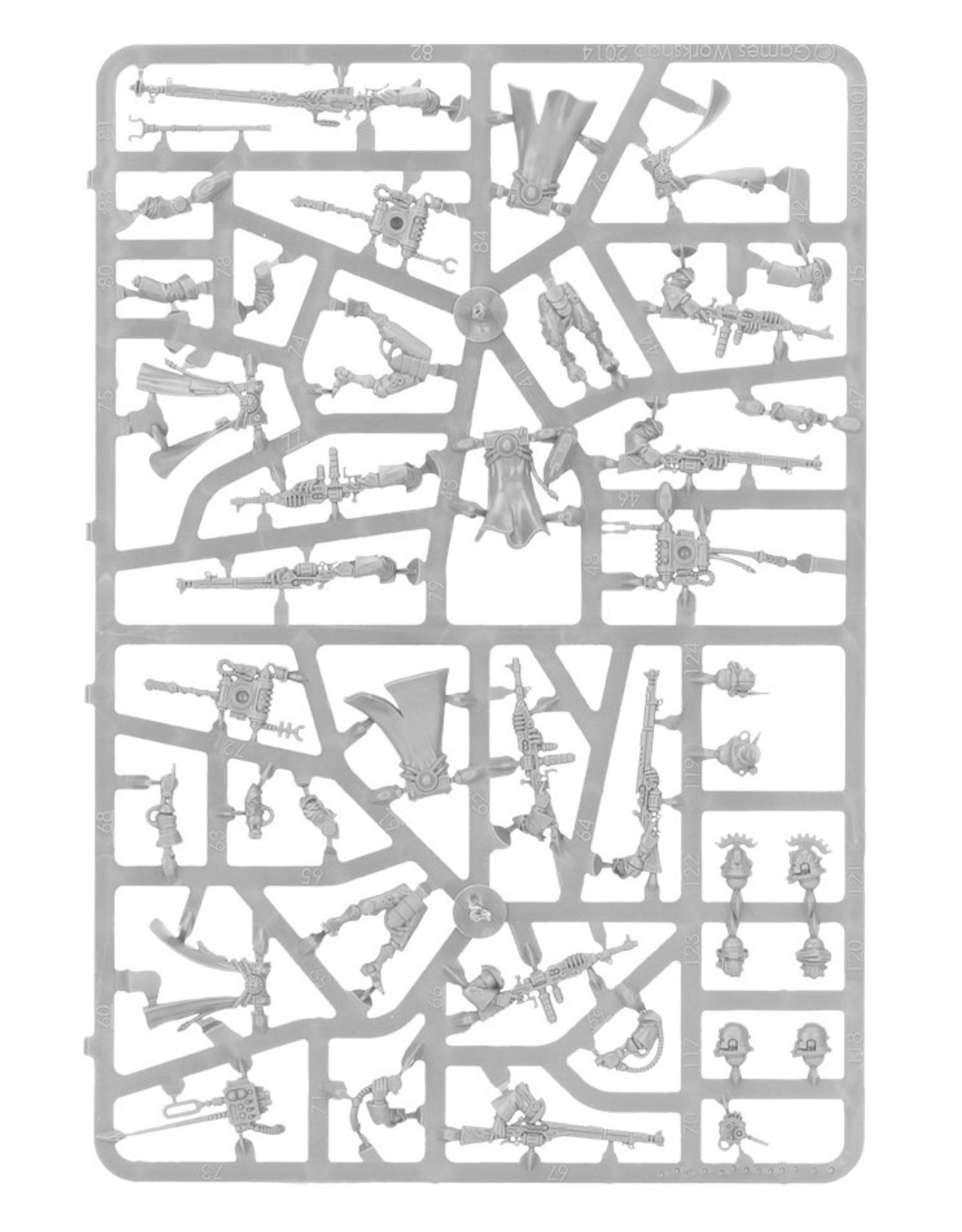 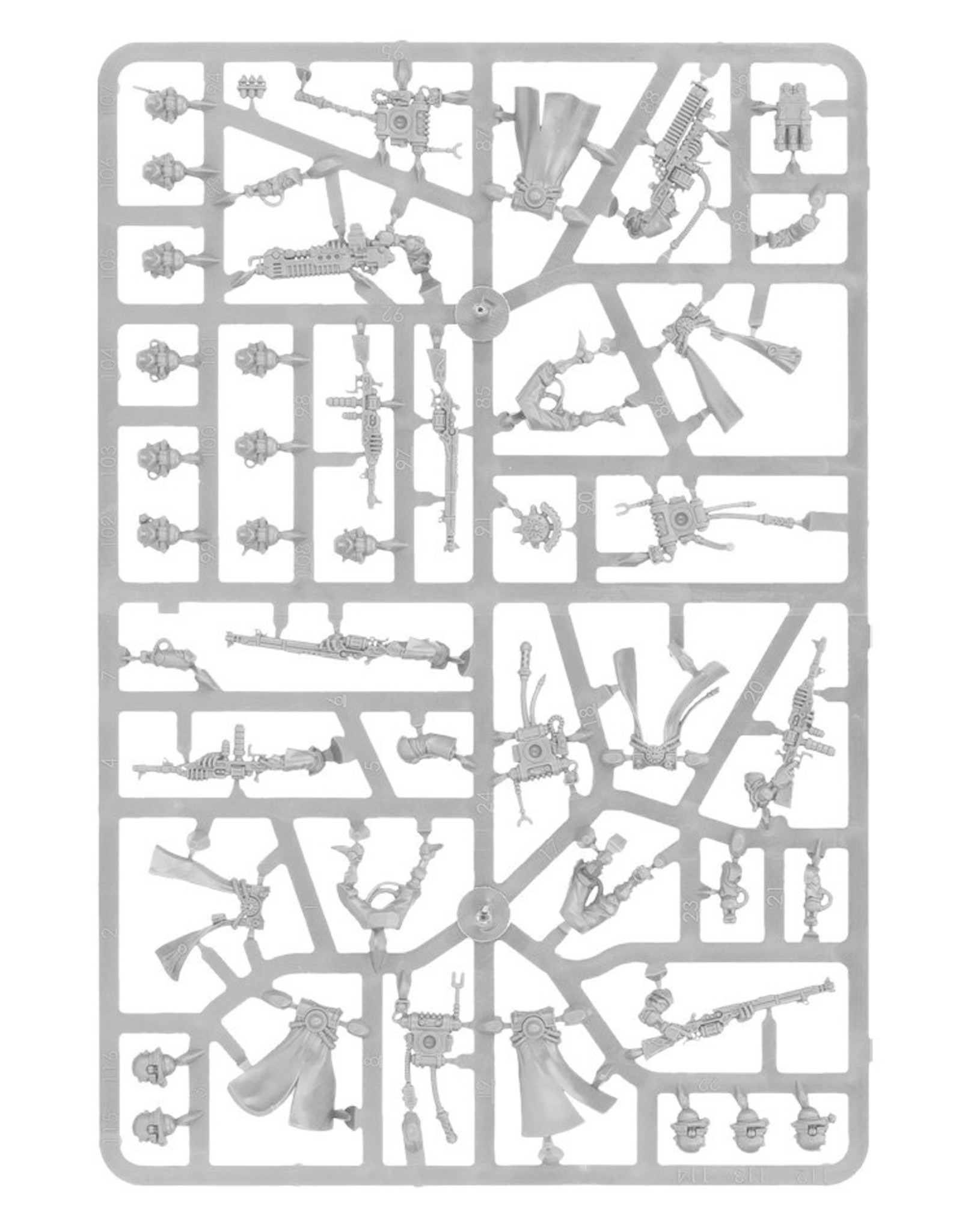 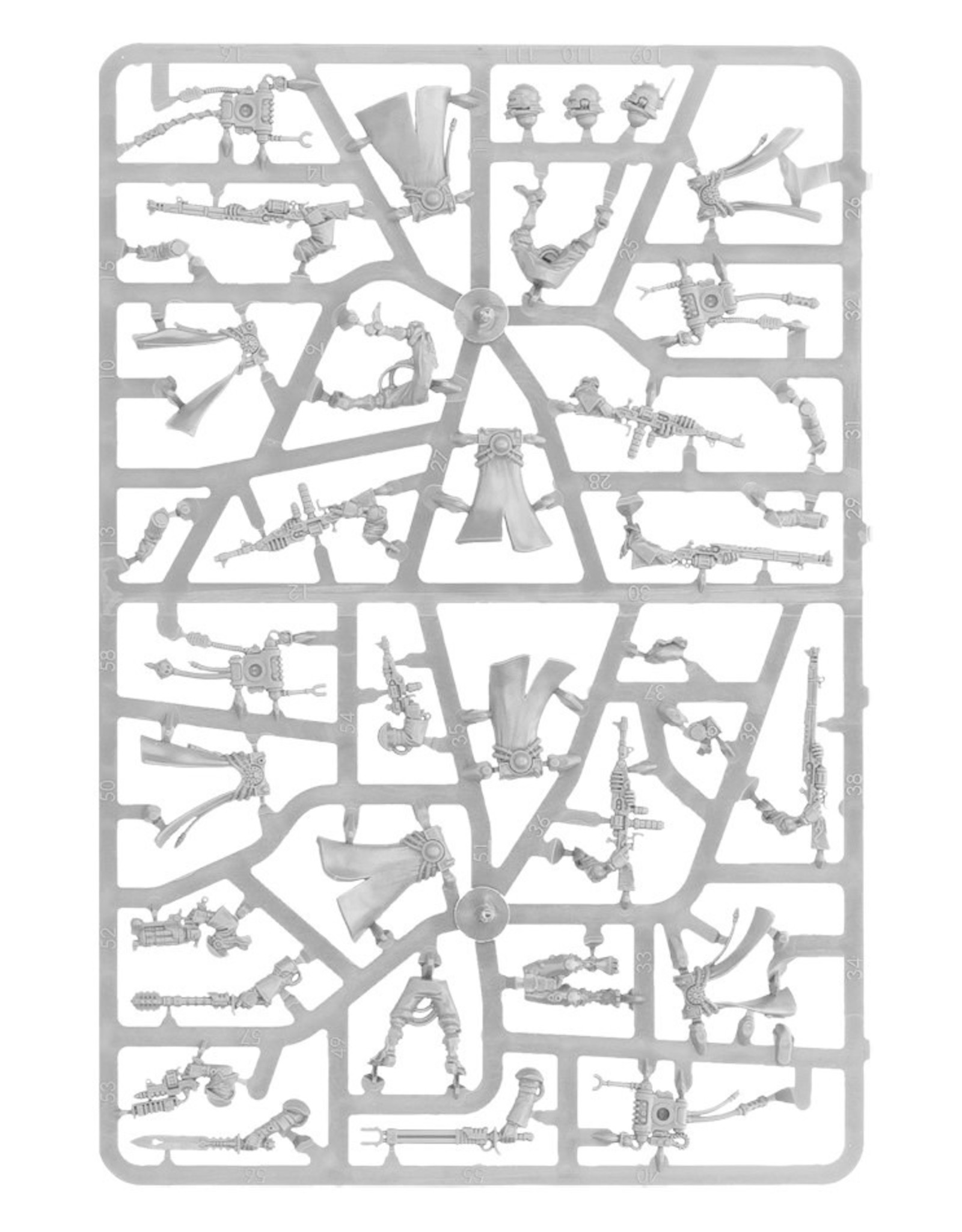 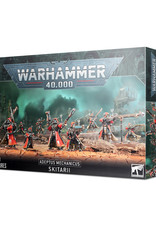 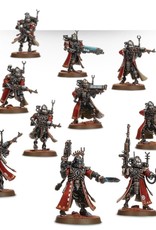 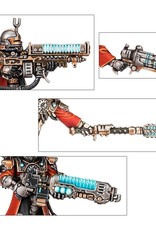 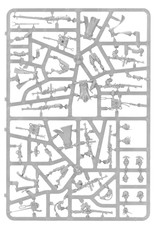 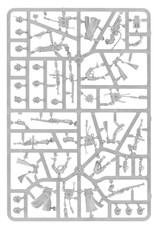 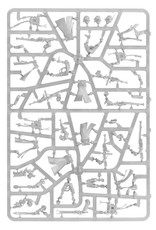 Harnessing the destructive energies of forge worlds within their weaponry, the Vanguard are so soaked in radiation that even to approach them is to confer a death sentence upon yourself. Victory for them is pyrrhic, as this radiation burns through even their heavy armour plate, slowly poisoning them to death even as their carbines bring about the(much quicker) demise of their enemies.

Skitarii Vanguard, featuring helmets and rebreathers, obliterate foes with radium carbines. Each trooper is sealed in heavy, industrialised Skitarii warplate, emblazoned with the symbol of the Adeptus Mechanicus, bristling with data-collecting sensors, antennae and environmental monitors. Mindful of the harsh terrain of Mars, their legs have been removed from the knees down, with bionic replacements lending each model an air of cold, cybernetic augmentation

The unit can include an Alpha, armed with either a radium or arc pistol and a close combat weapon (either a power sword, taser goad or arc maul) and three models can carry special weapons - available to you are a transuranic arquebus, an arc rifle and a plasma caliver, the last of which includes a specific head and backpack. One model can be made into an Alpha, fitted with an enhanced data-tether or an omnispex - the box truly portrays the compulsive data-gathering nature of the Adeptus Mechanicus.