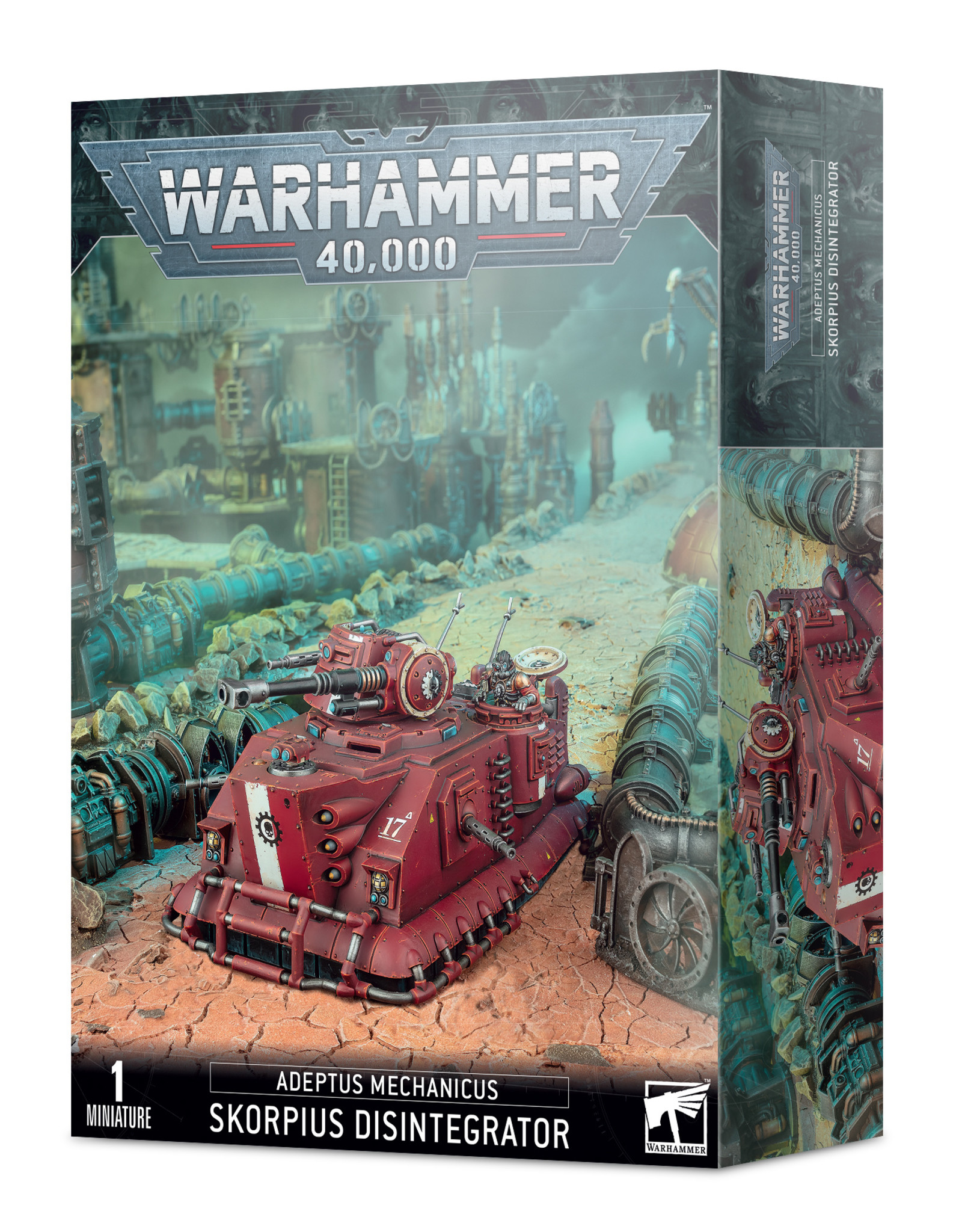 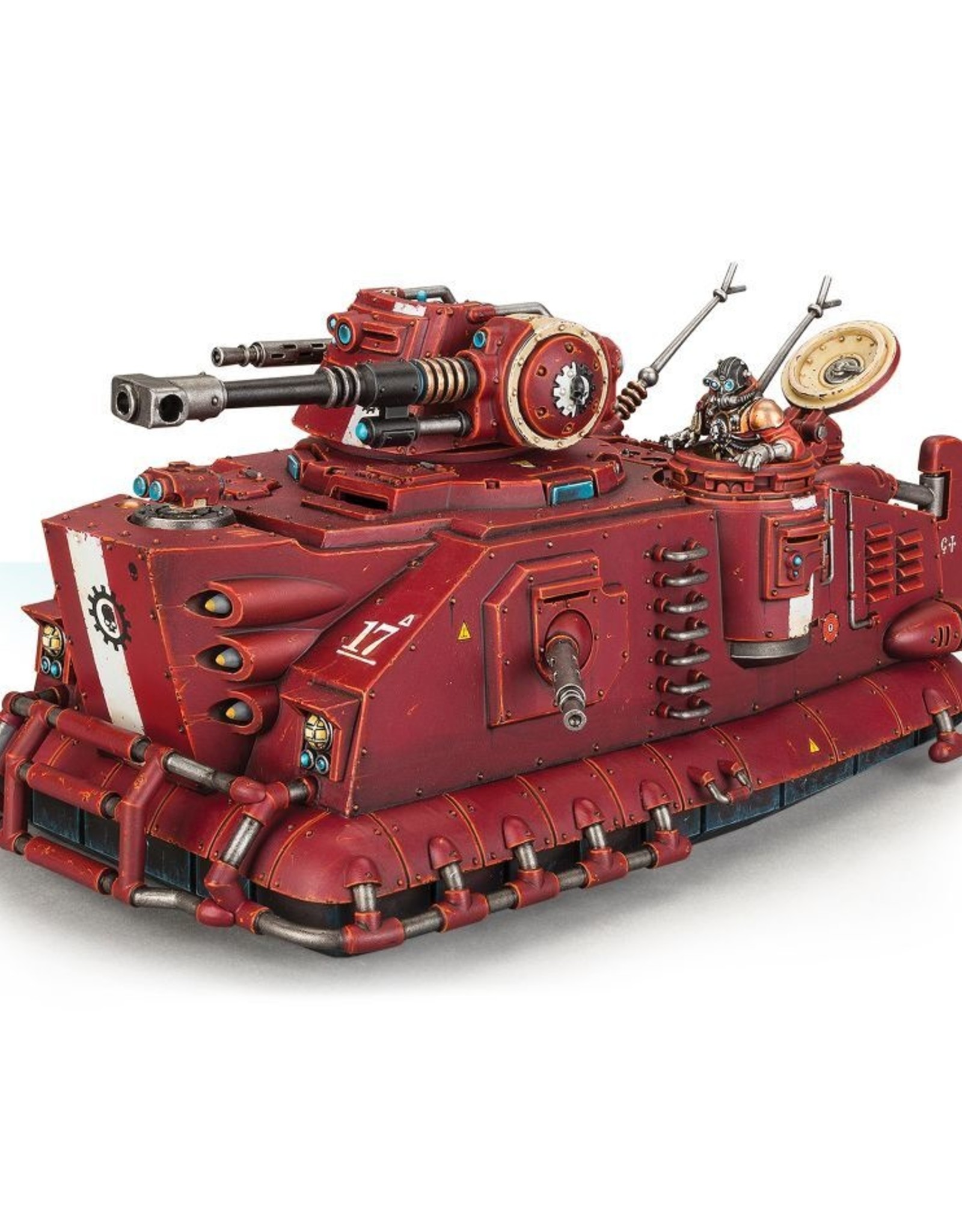 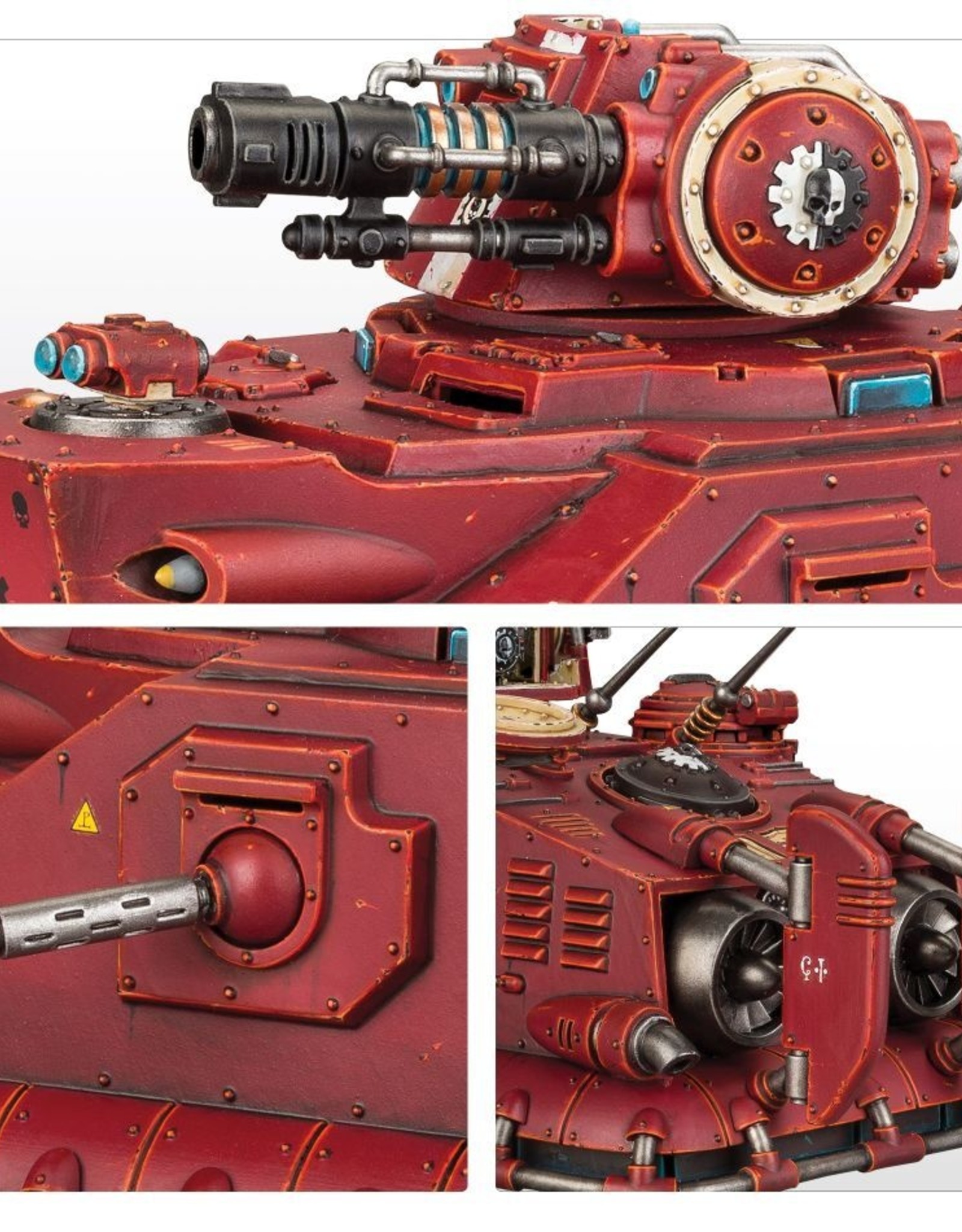 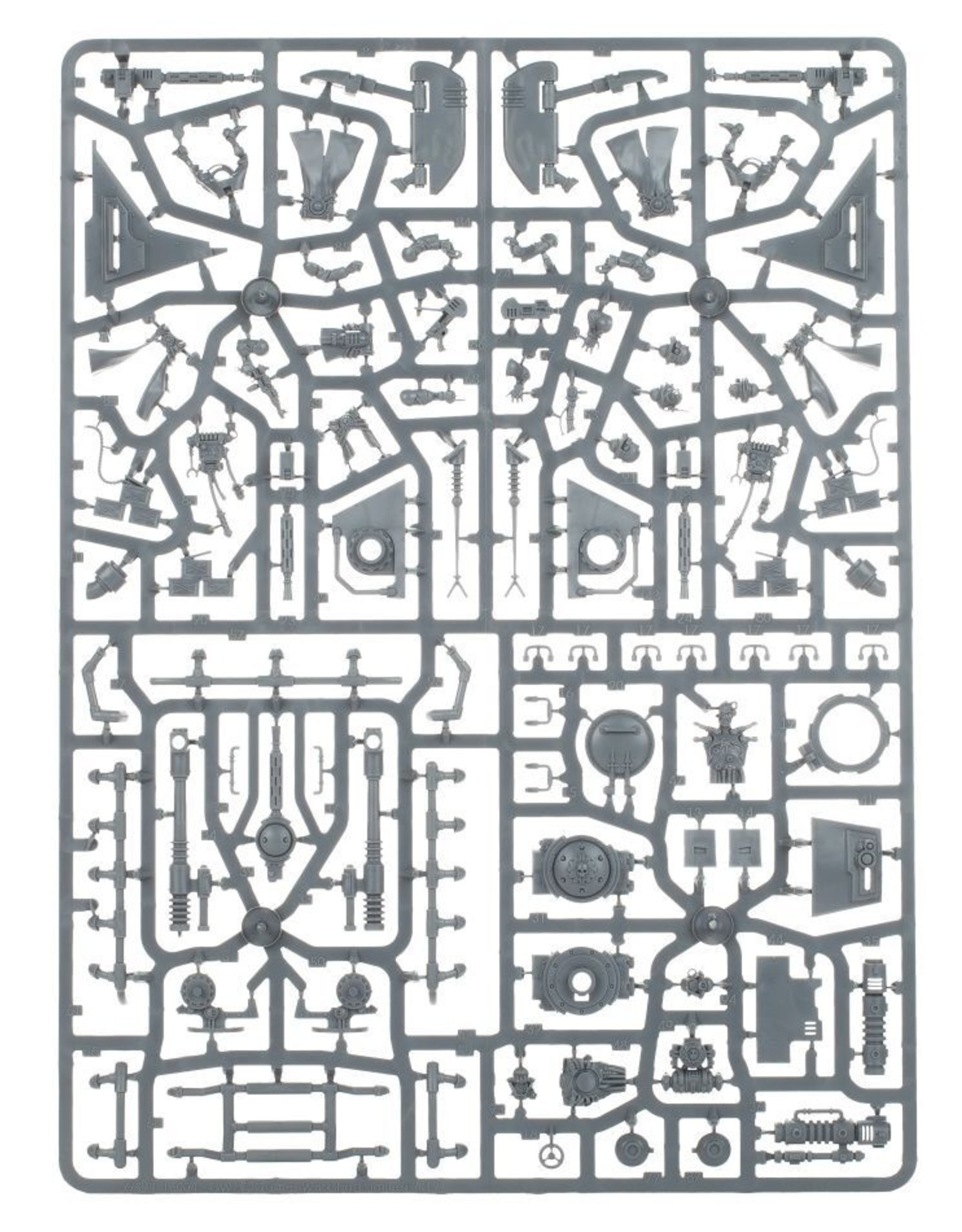 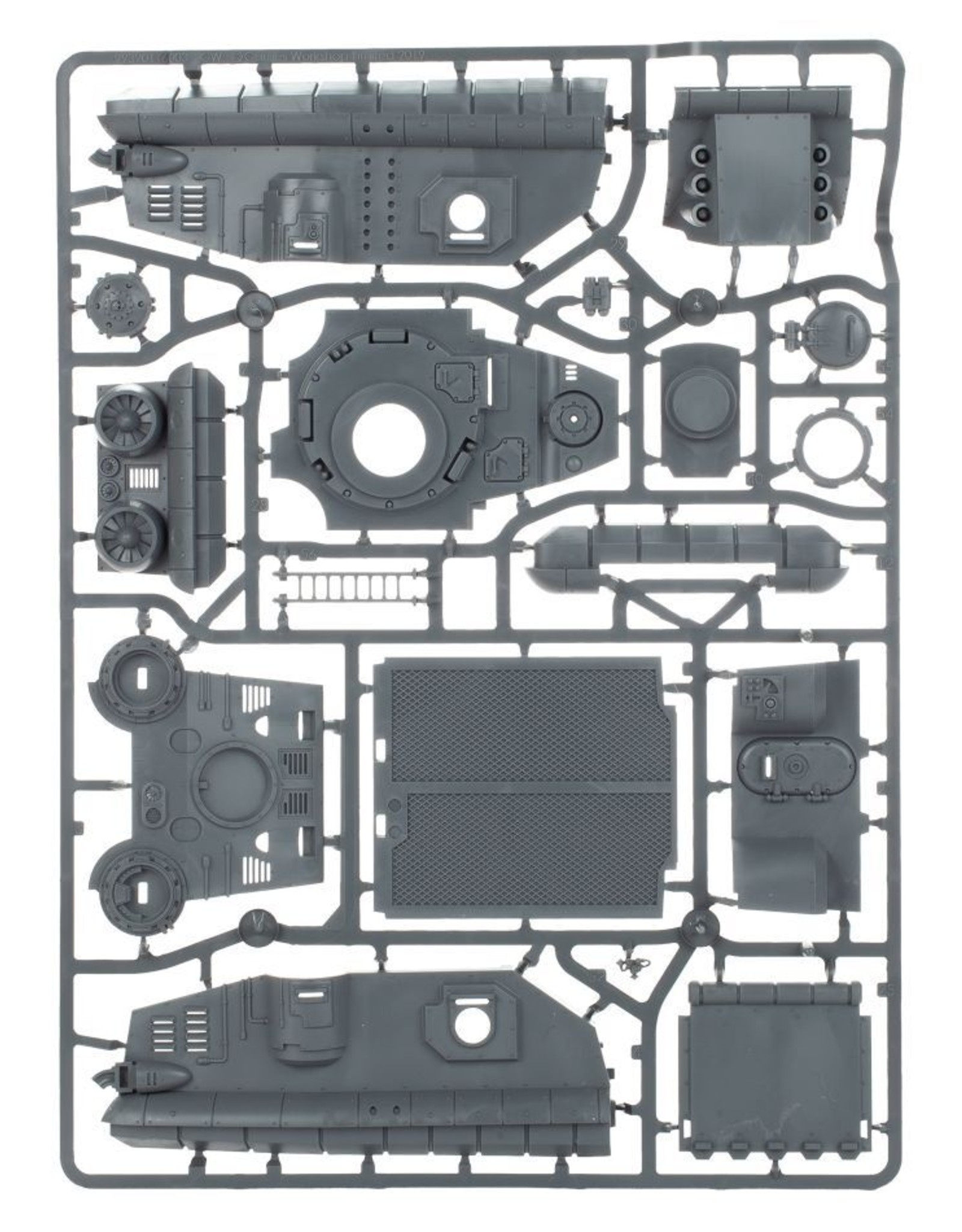 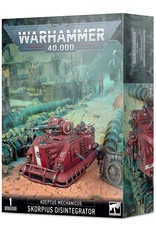 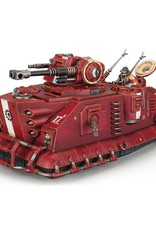 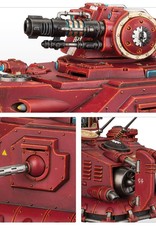 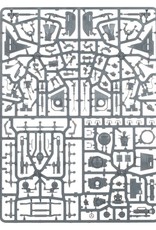 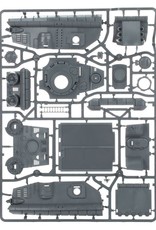 The Skorpius Disintegrator of the Adeptus Mechanicus drifts gracefully across the dunes, its anti-grav motors thrumming quietly in stark contrast to its thundering guns. As it accompanies the advancing Skitarii phalanxes, the Skorpius Disintegrator delivers punishing salvoes from its ferrumite or belleros energy cannons, while its cognis heavy stubbers and disruptor missile launcher spit death at any who would threaten the armoured vessel.

In addition to its flanking pair of cognis heavy stubbers, and prow-mounted disruptor missile launcher, the Skorpius Disintegrator bears a ferrumite cannon or a voltaic belleros energy cannon. Its primary turret weapon is manned by a Servitor gunner that has been hard-wired into the weapon for optimal performance.