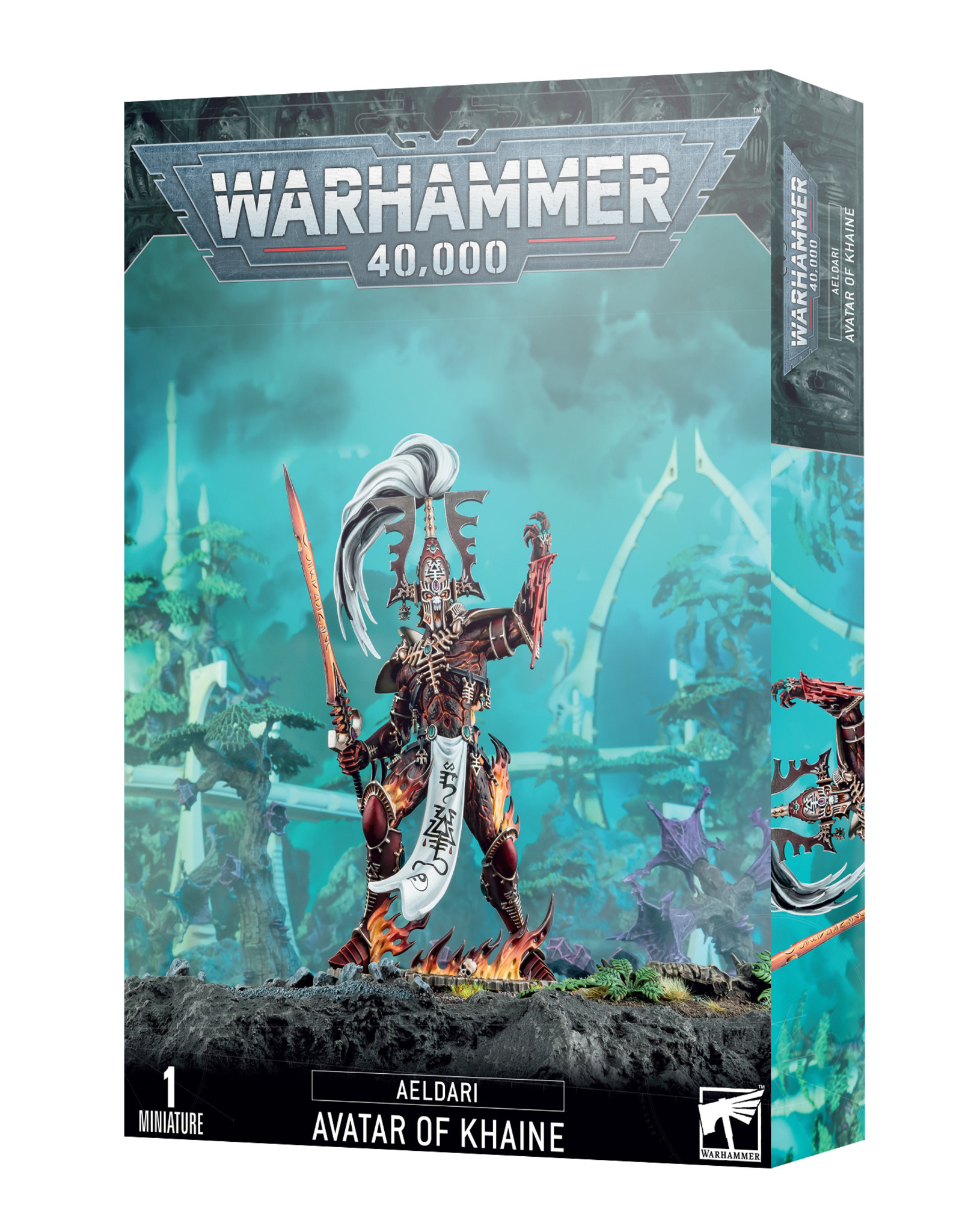 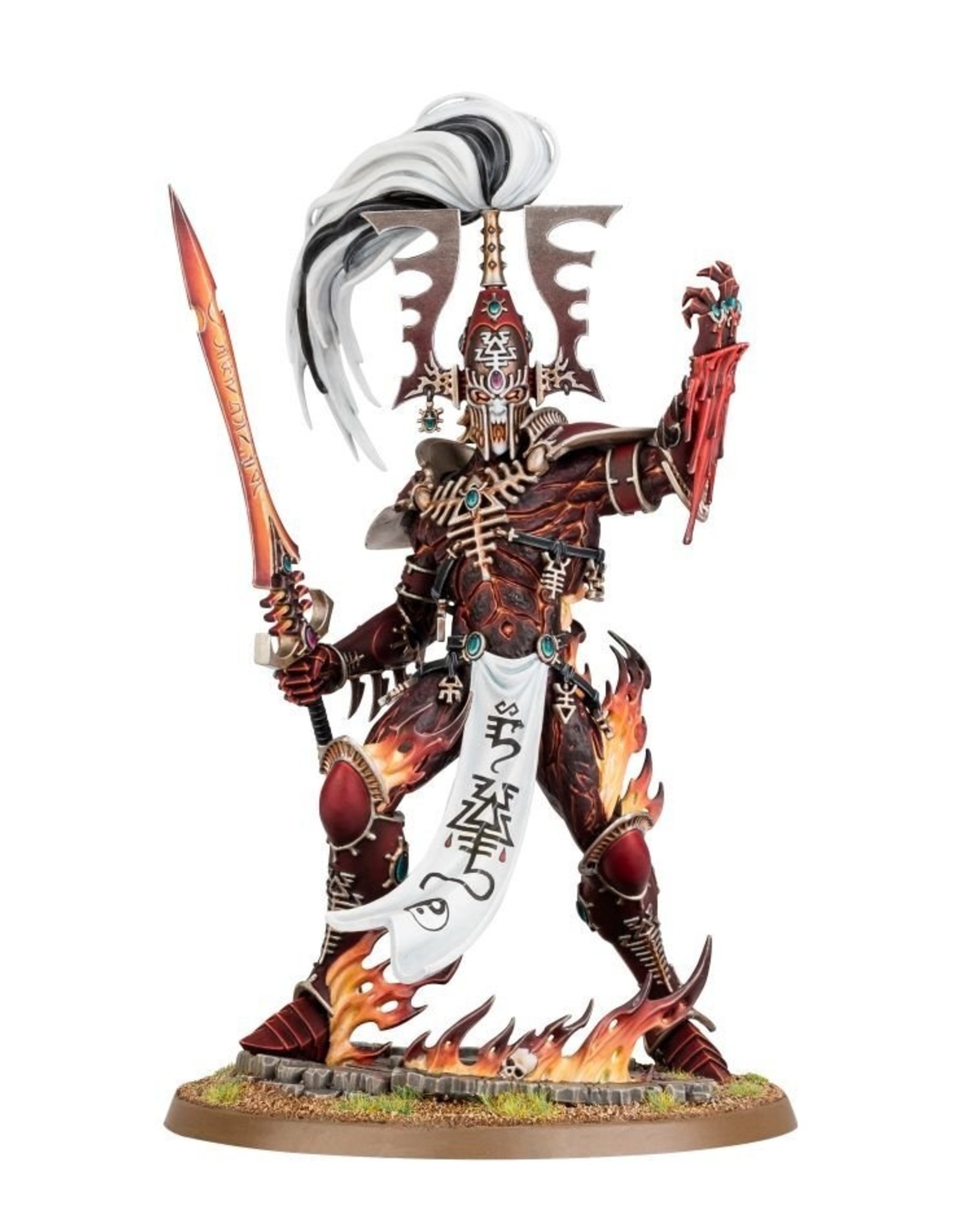 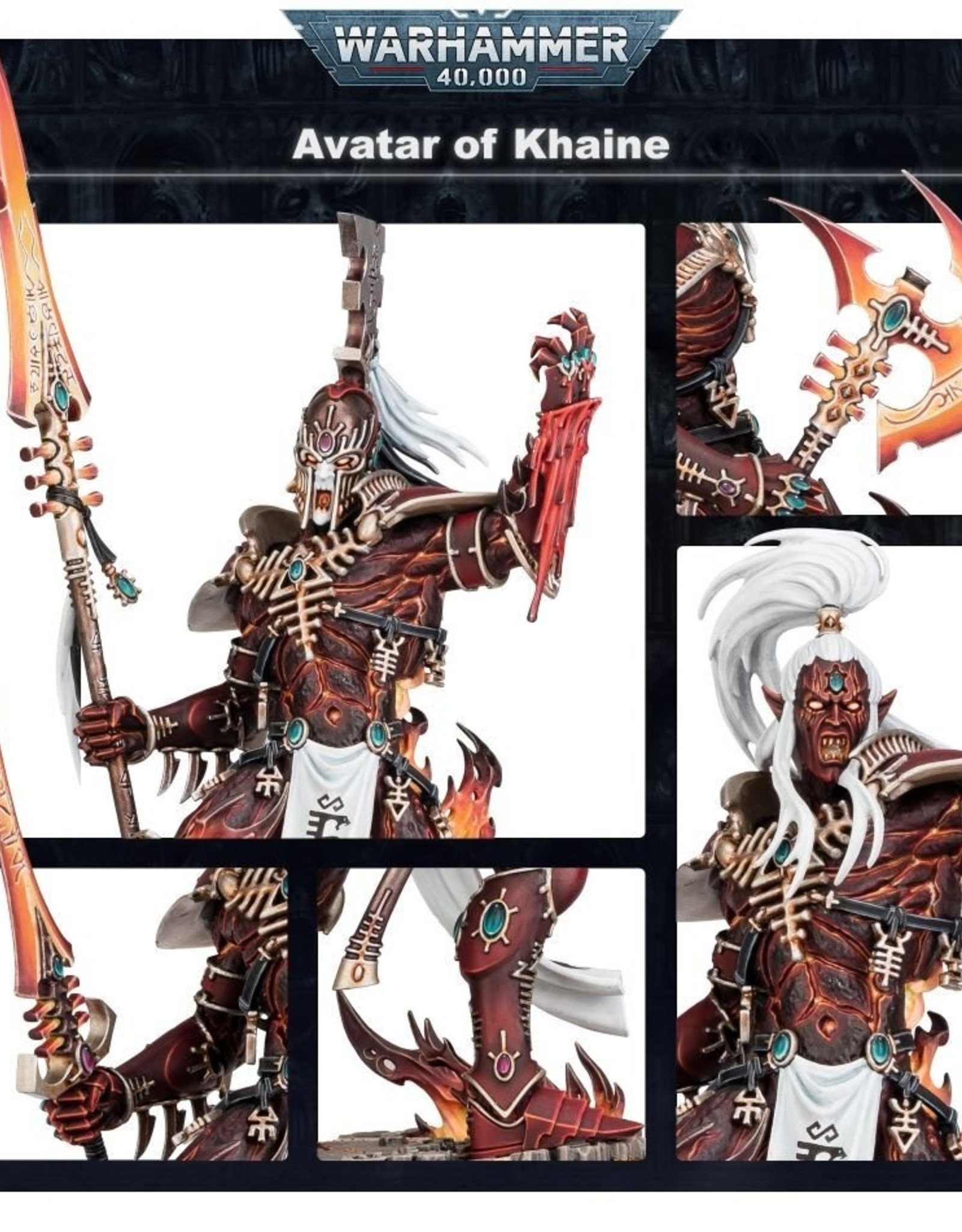 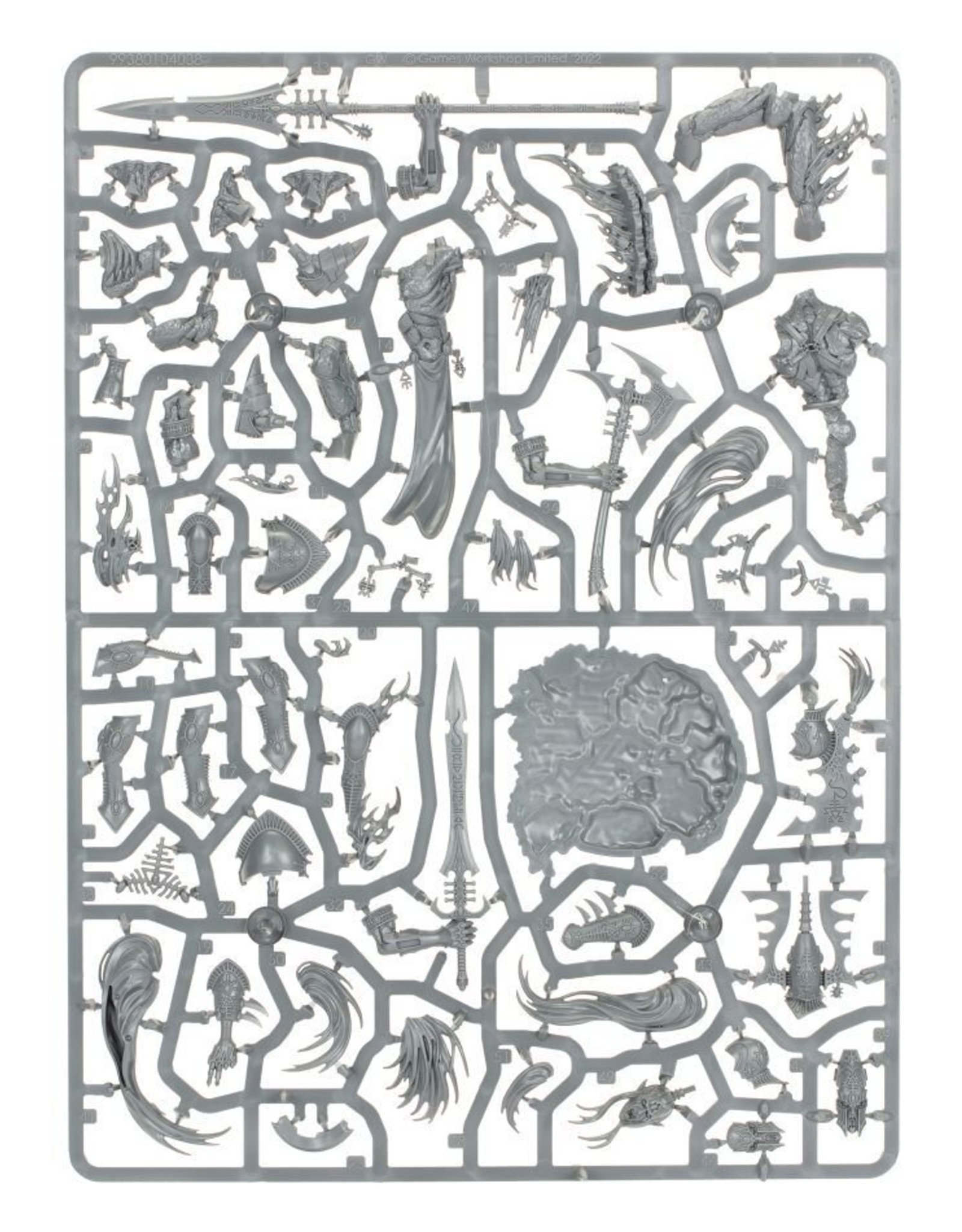 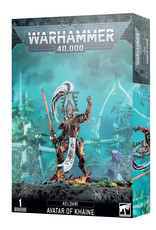 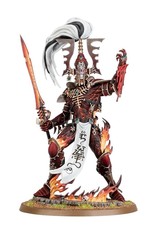 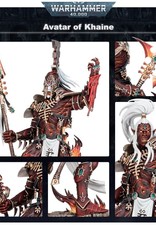 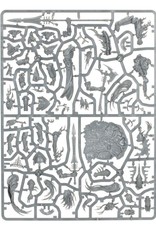 An Avatar of Khaine is an ancient deity incarnate – a burning shard of Khaela Mensha Khaine, the Bloody-Handed God of the Aeldari. Awakened for battle, he marches through enemy fire without breaking stride, laughing cruelly as his weapon – the Wailing Doom – cleaves flesh and tastes the blood of his foes with each strike. The Avatar's mere presence incites a merciless rage in the Asuryani around him, his fearsome aura eradicating fear or hesitation in favour of a nigh insatiable murderlust. In these moments, the Aeldari seem transformed into a vision of the glorious and terrible conquerors who once ruled the galaxy.

This kit builds one Avatar of Khaine, who can be constructed with a choice of three different heads – a classic helmet with plume and headdress, a more martial helm with an ornate crest, or a bare head with a wild mane and flowing topknot. The Avatar's divine weapon, the Wailing Doom, can also be built in one of three forms – a gigantic sword, a vicious axe, or a sweeping spear, each marked with eldritch runes of power.