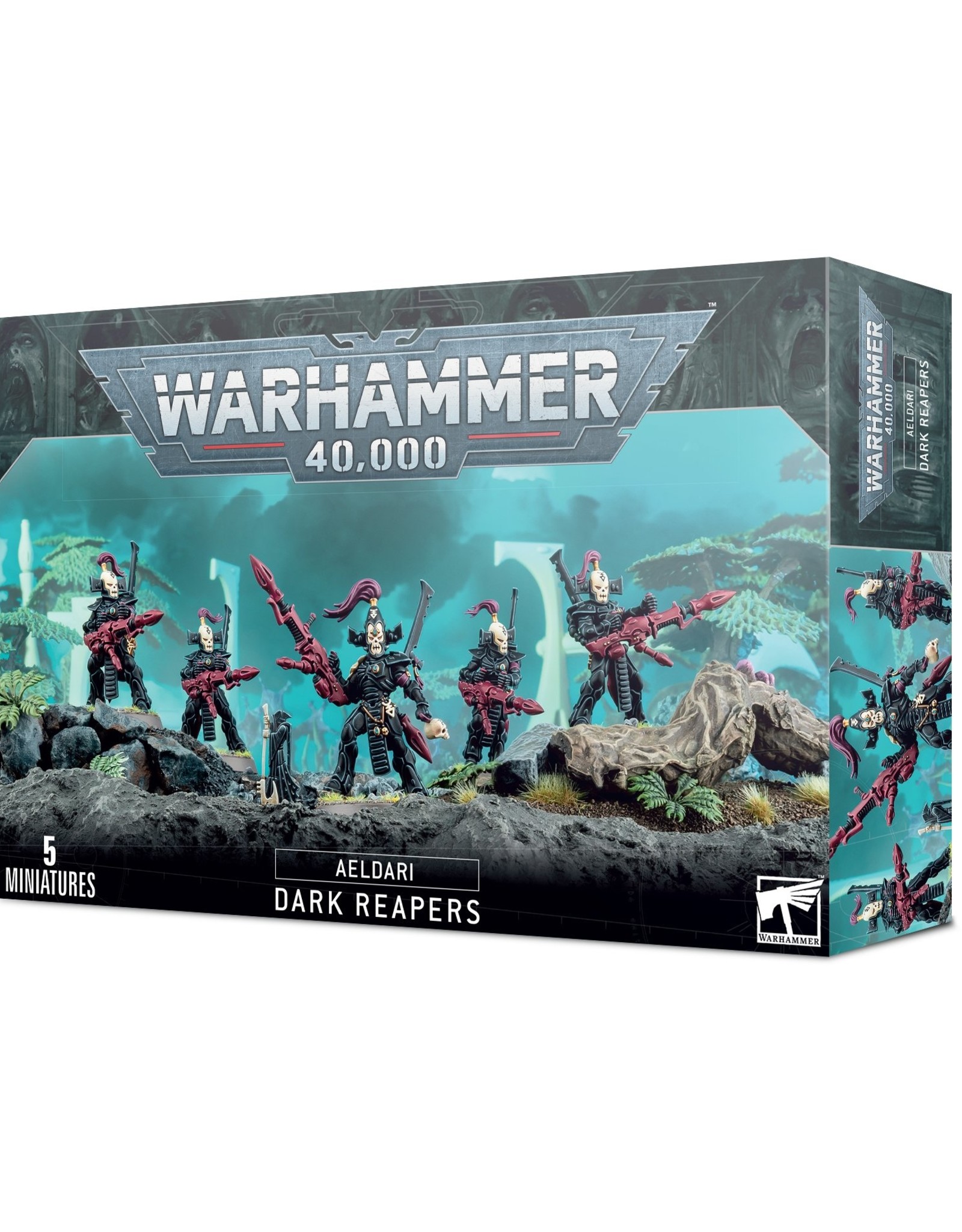 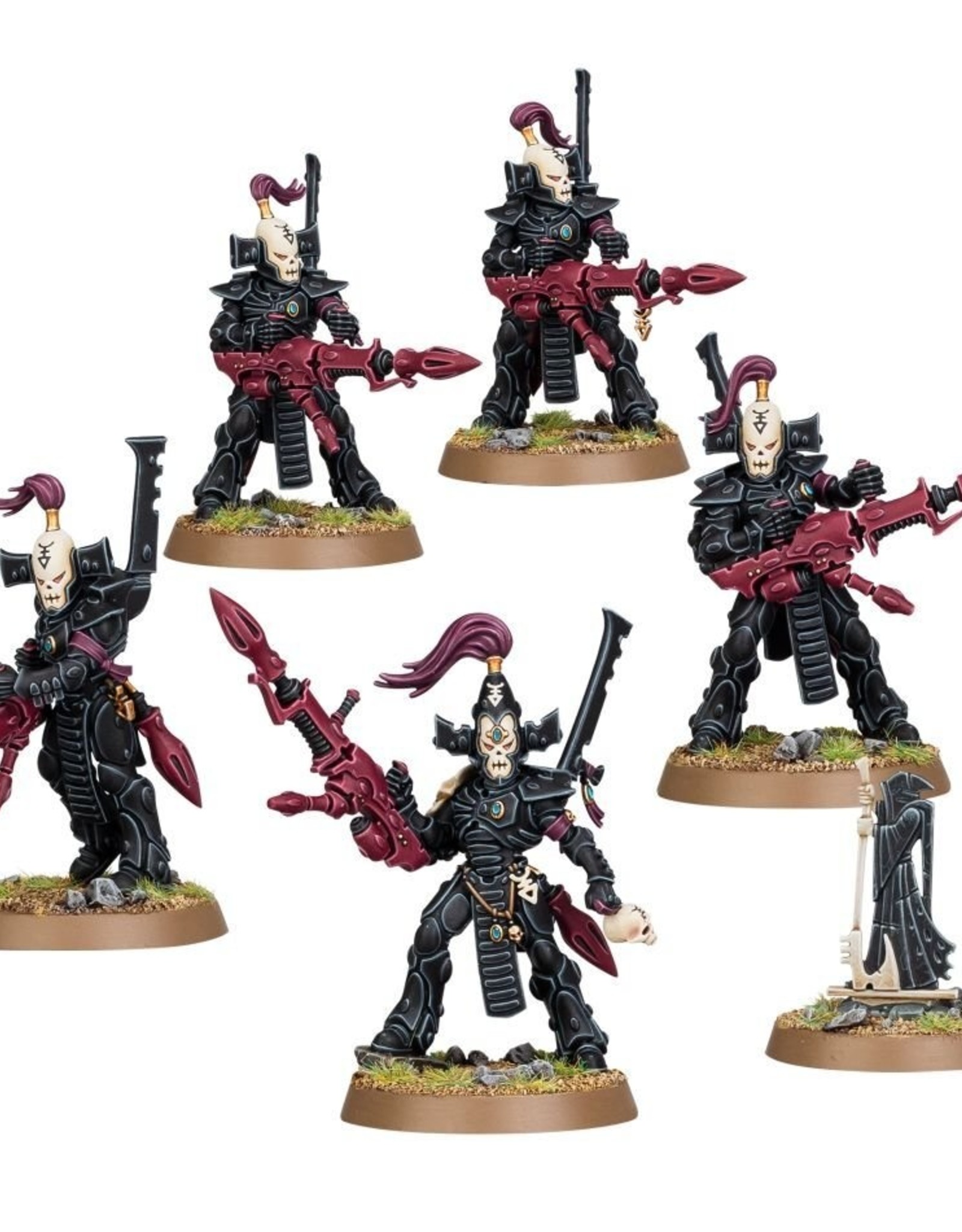 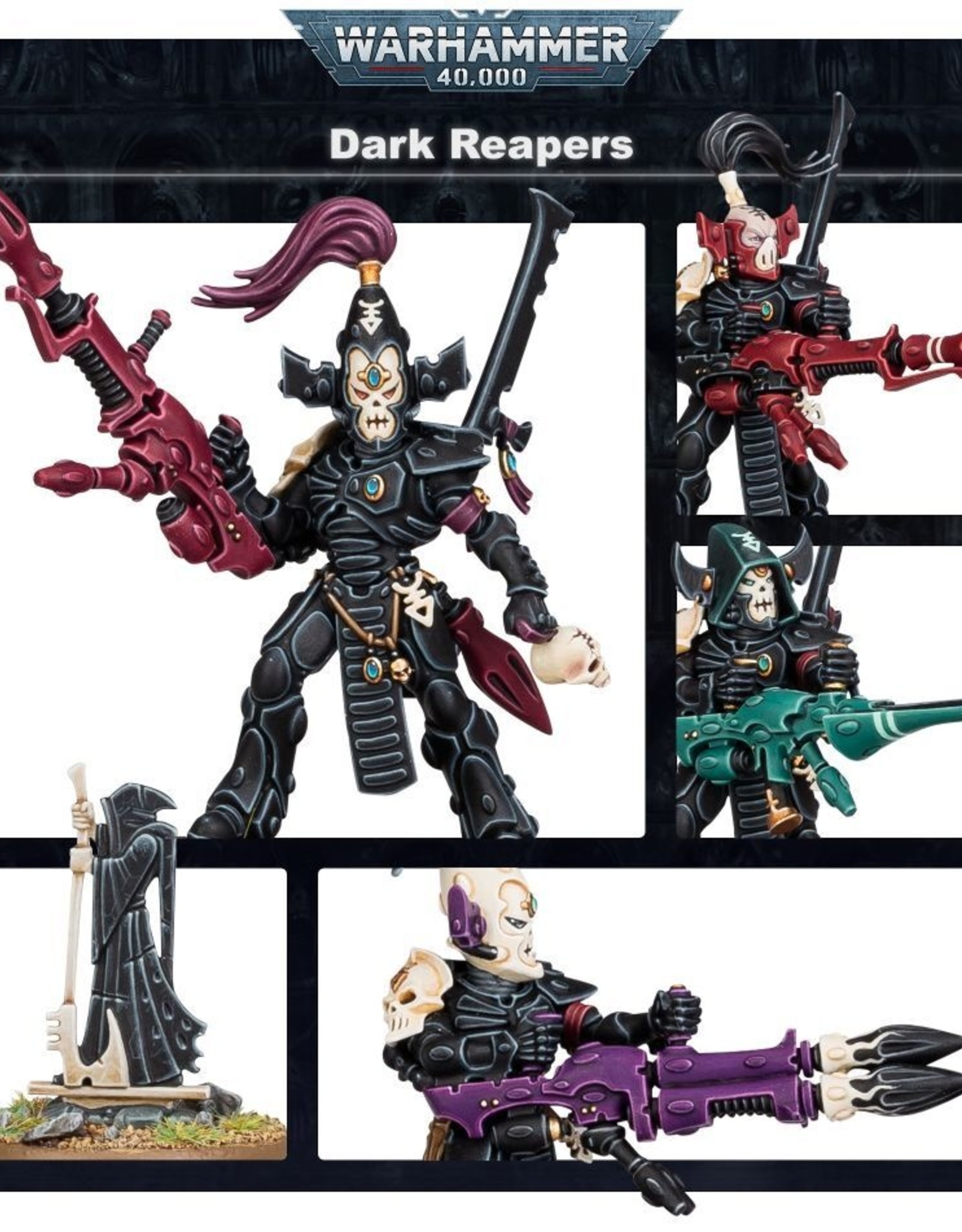 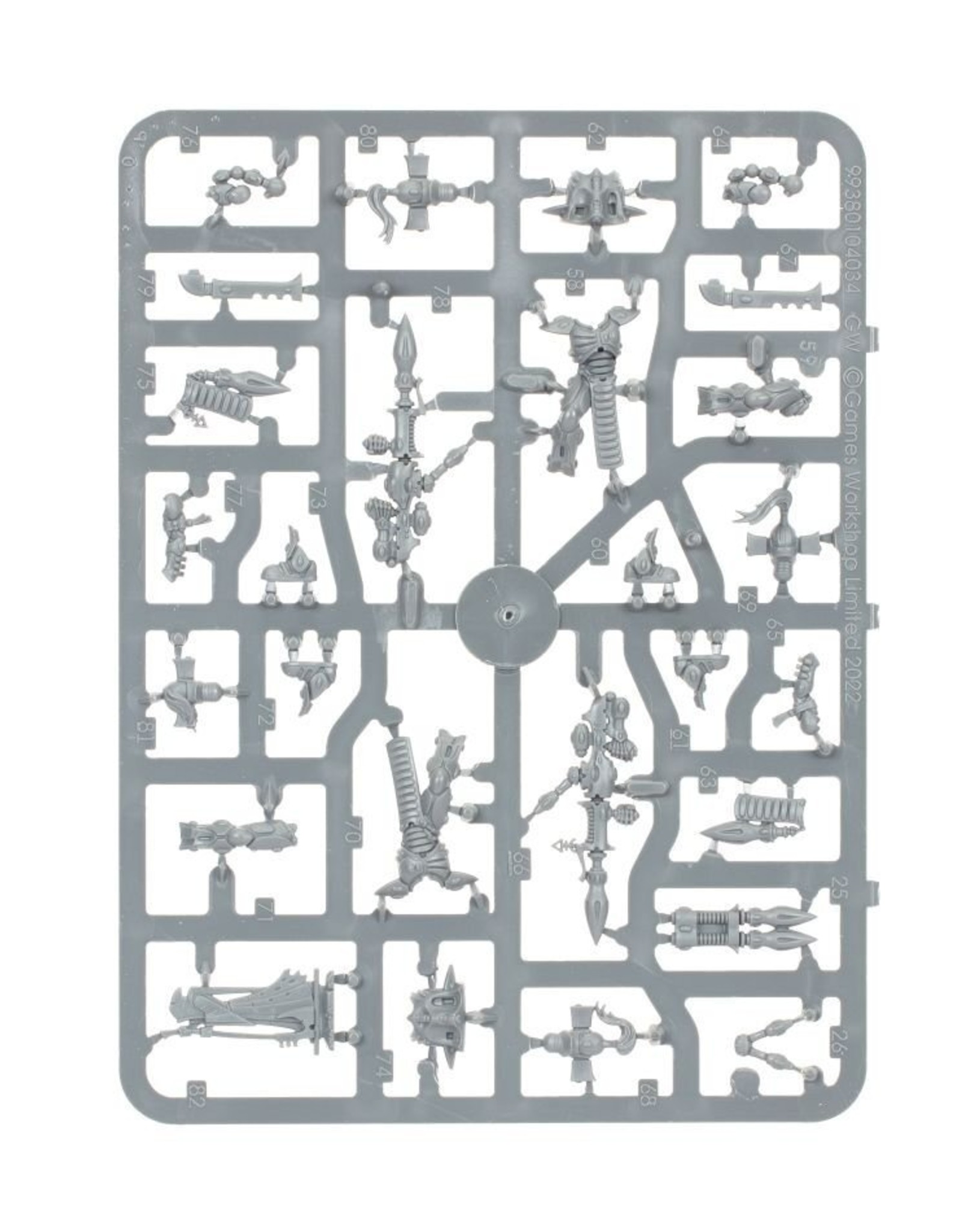 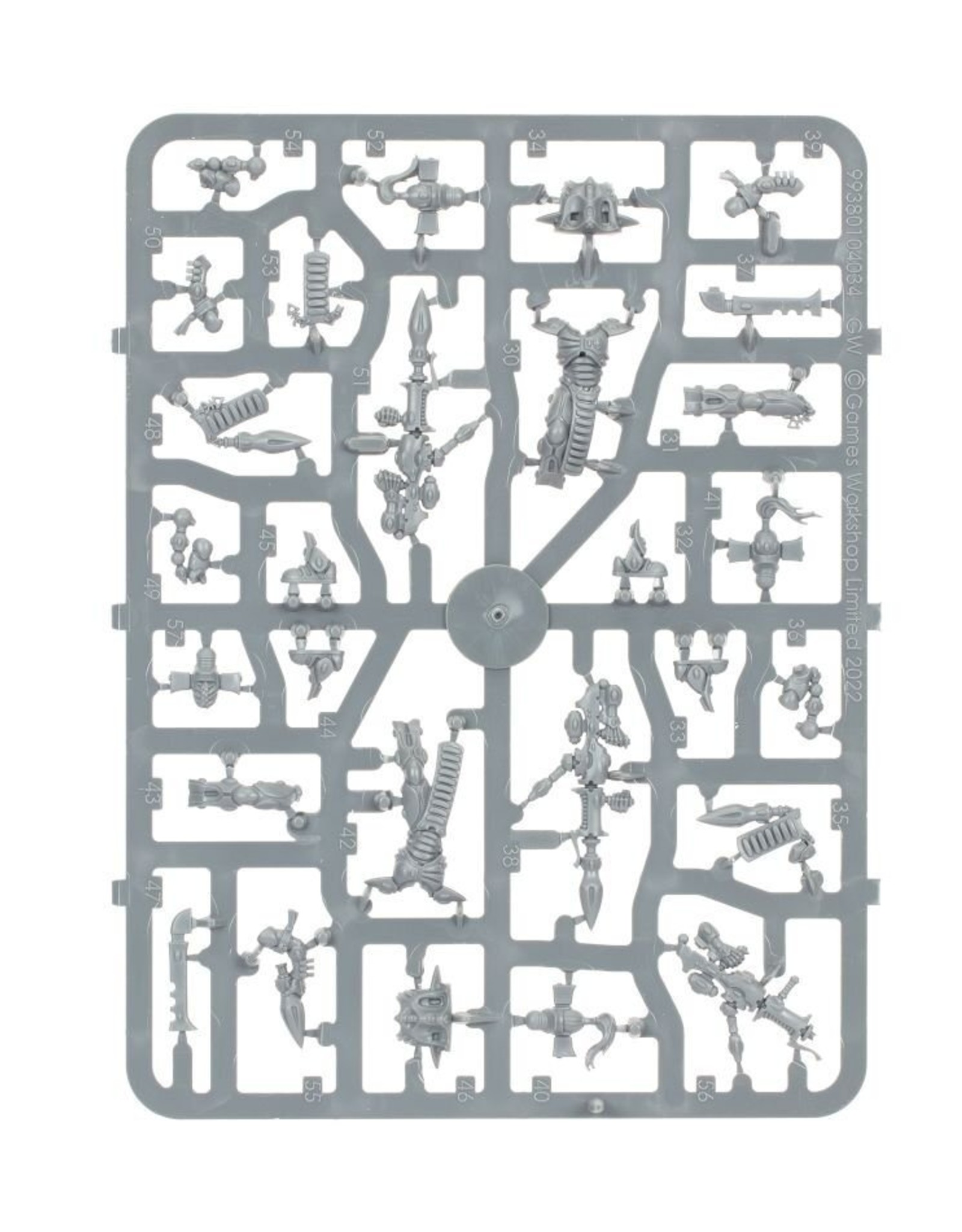 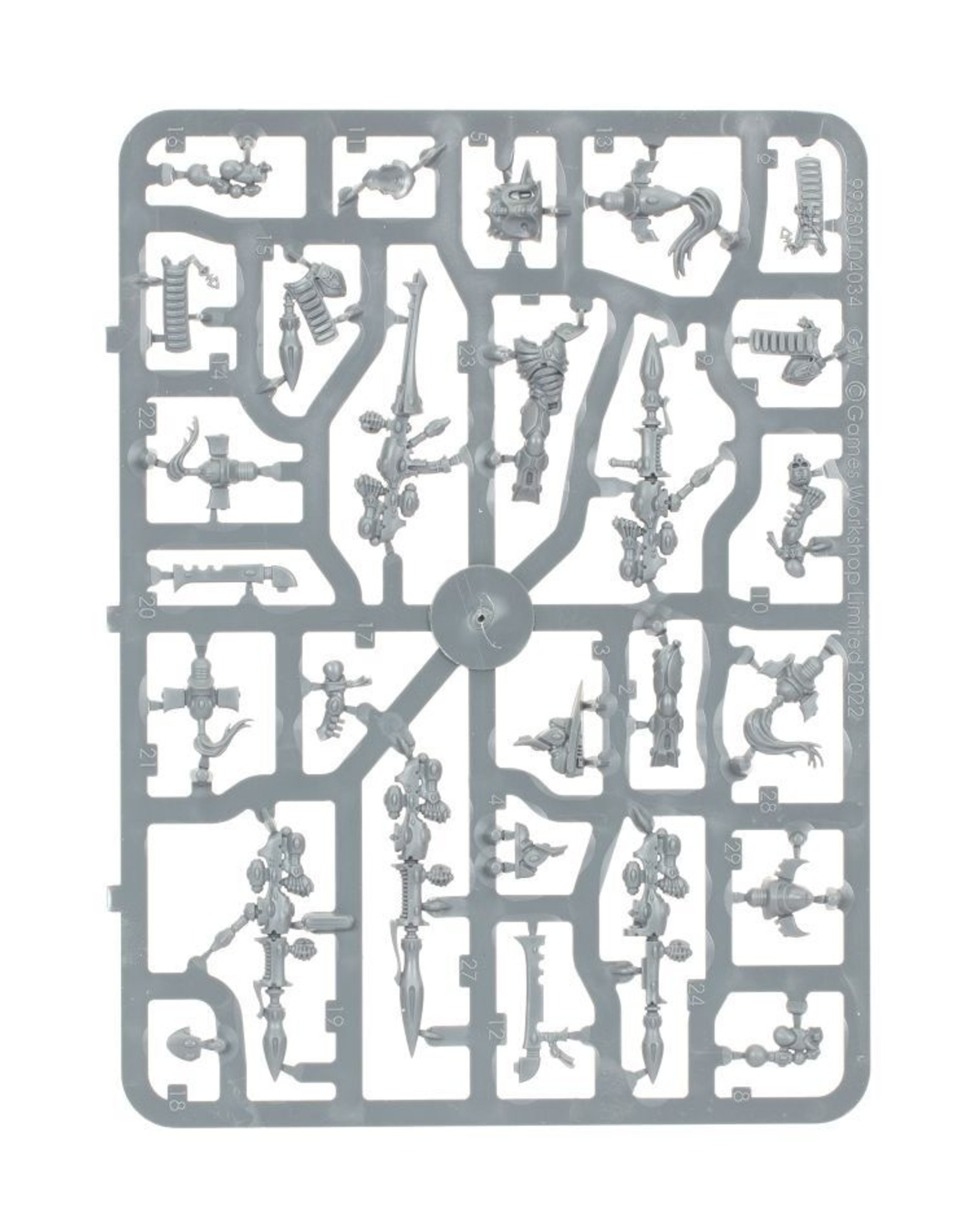 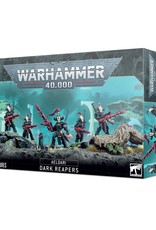 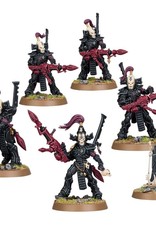 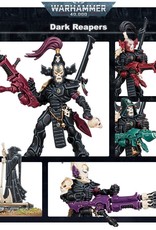 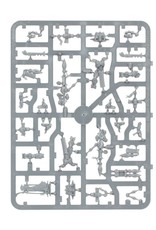 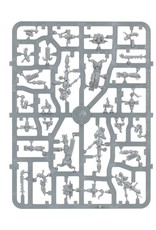 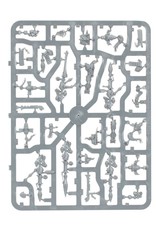 The skull-helmed visage of the Dark Reapers is a spine-chilling sight in itself. These Aspect Warriors exemplify the War God as Destroyer, and their formidable warsuits echo that of their founder, Maugan Ra. Dark Reapers unleash blistering firestorms with their long-range Reaper Launchers, whether using infantry-shredding starswarm missiles or armour-piercing starshot variants. These salvoes are chillingly accurate, thanks not only to advanced targeting systems, but also to the Dark Reapers' armour, which anchors them firmly to the ground while they fire, allowing them to devastate their foes from the safety of cover.

This kit builds one unit of Dark Reapers armed with reaper launchers, complete with their Exarch who can be built with a reaper launcher, shuriken cannon, aeldari missile launcher, or tempest launcher. The Exarch can be built holding a skull in their off-hand, and has a choice of four heads, while each Dark Reaper has a choice of helmeted or unhelmeted heads. Also included is a small miniature representing a Dark Reaper shrine.