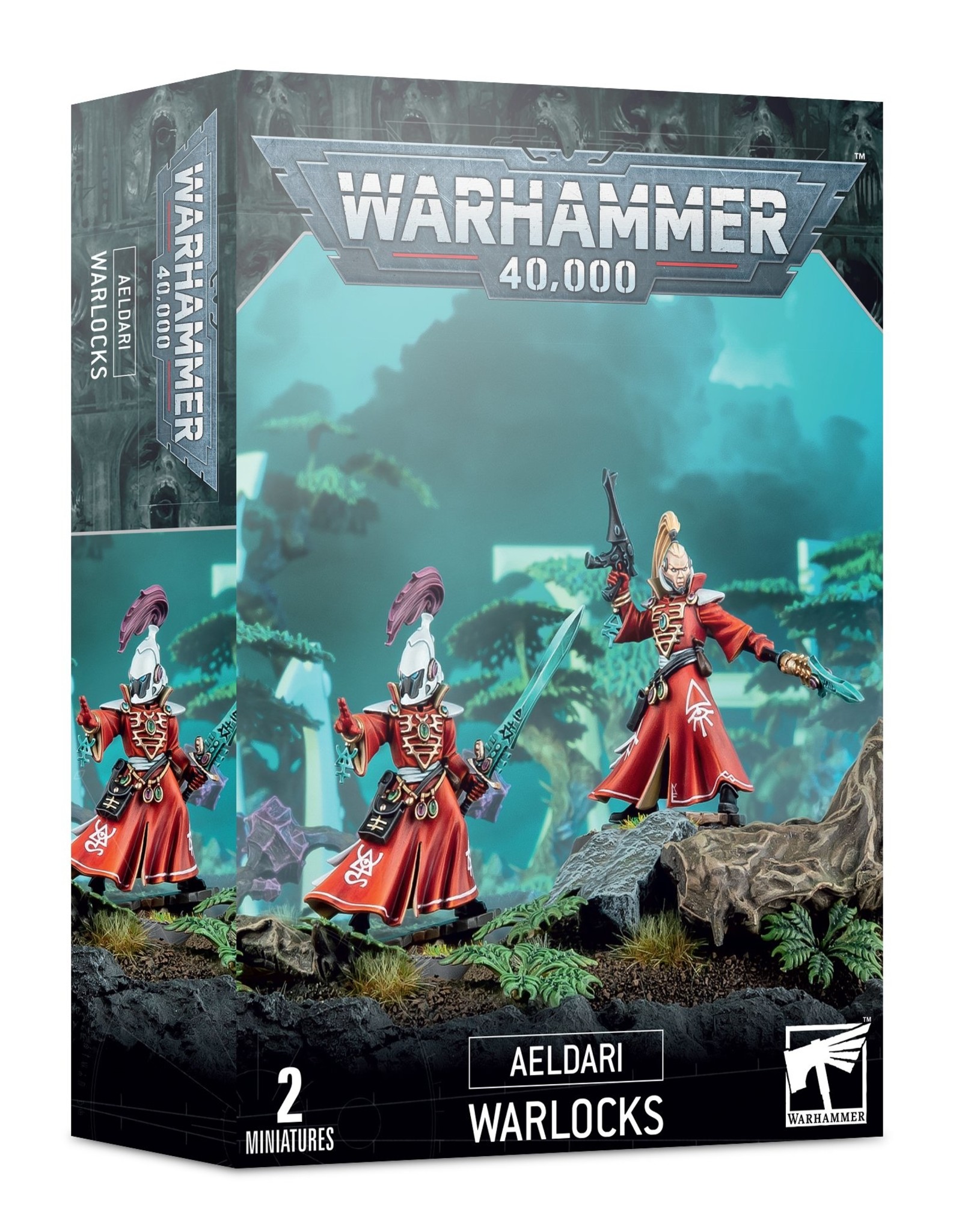 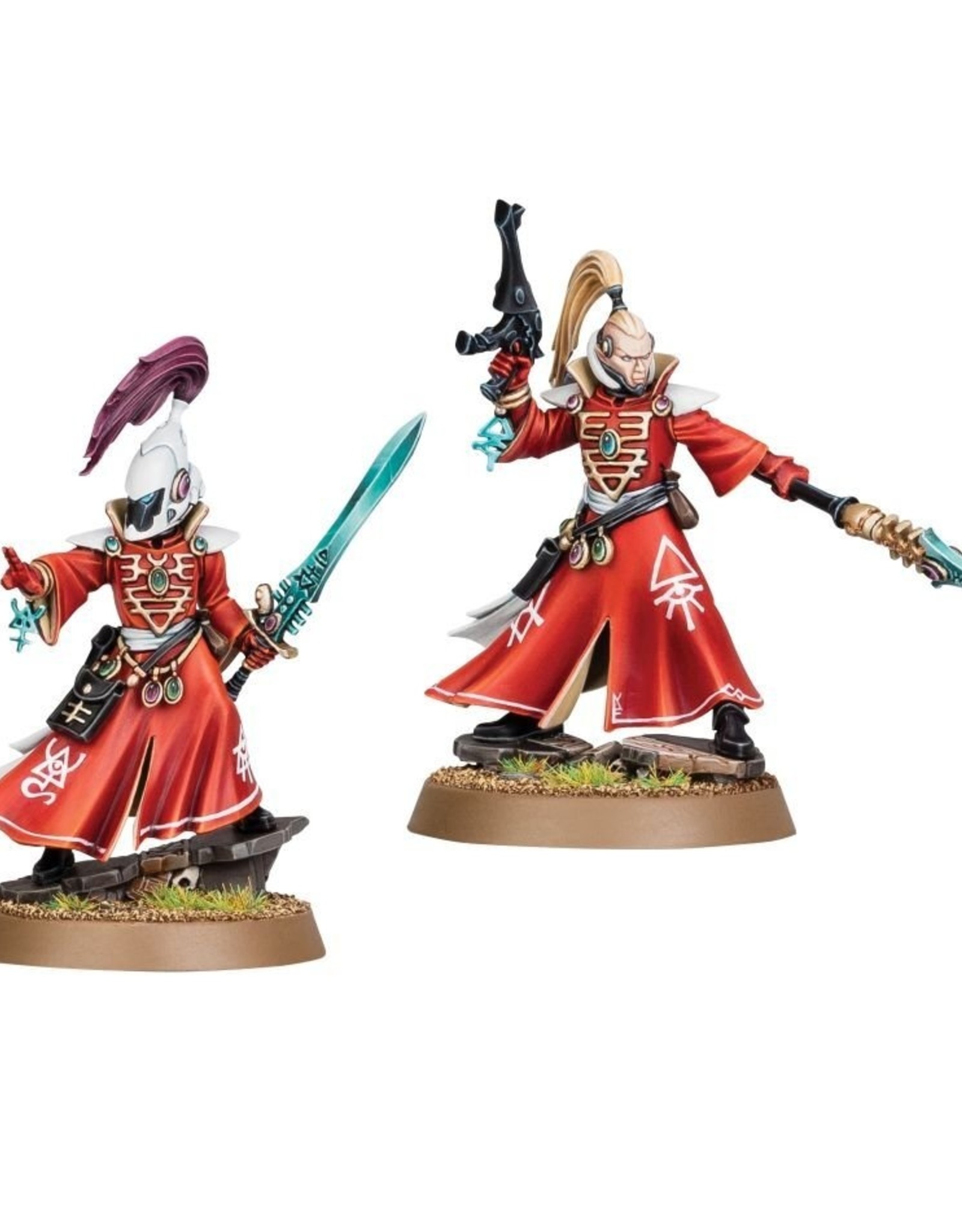 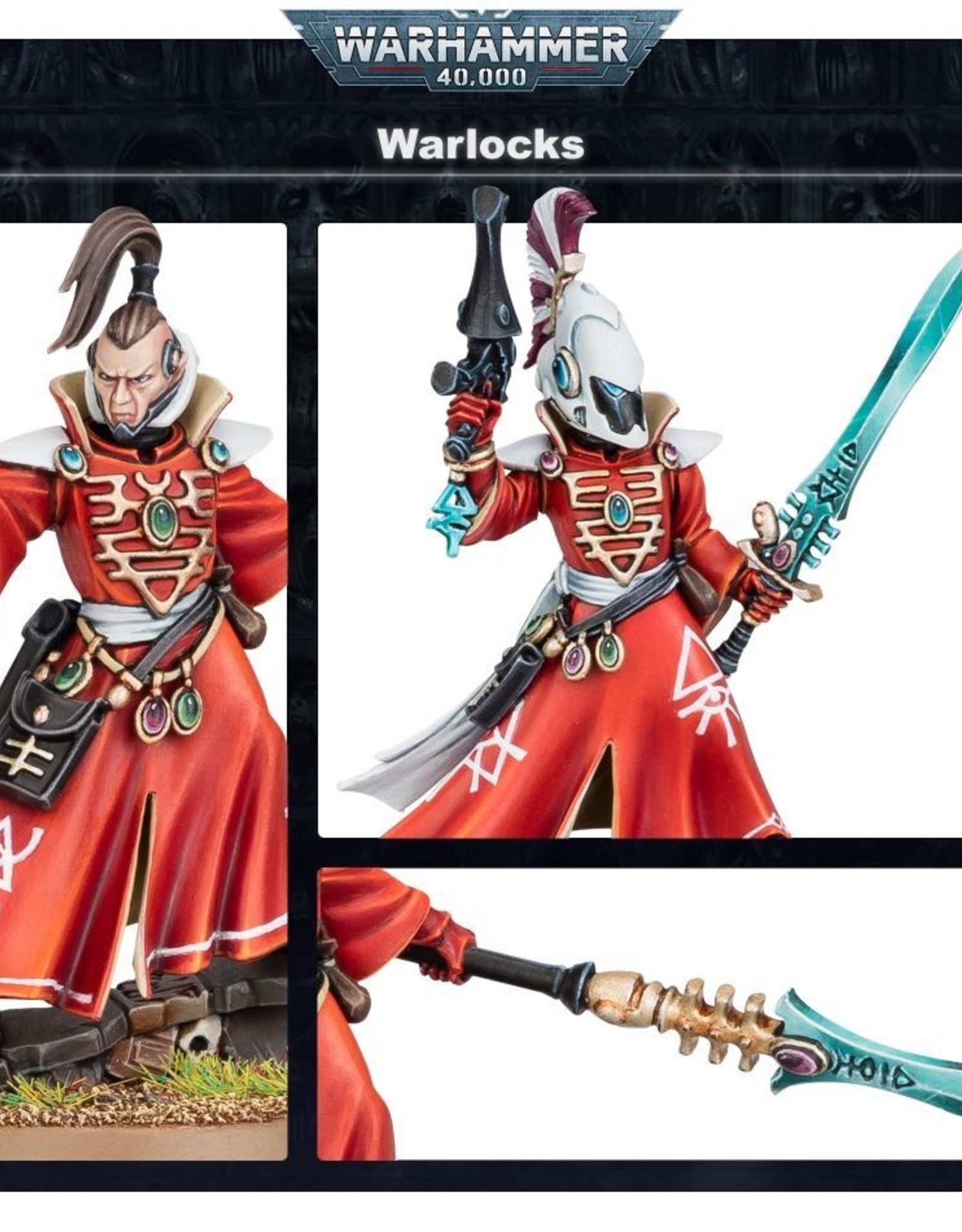 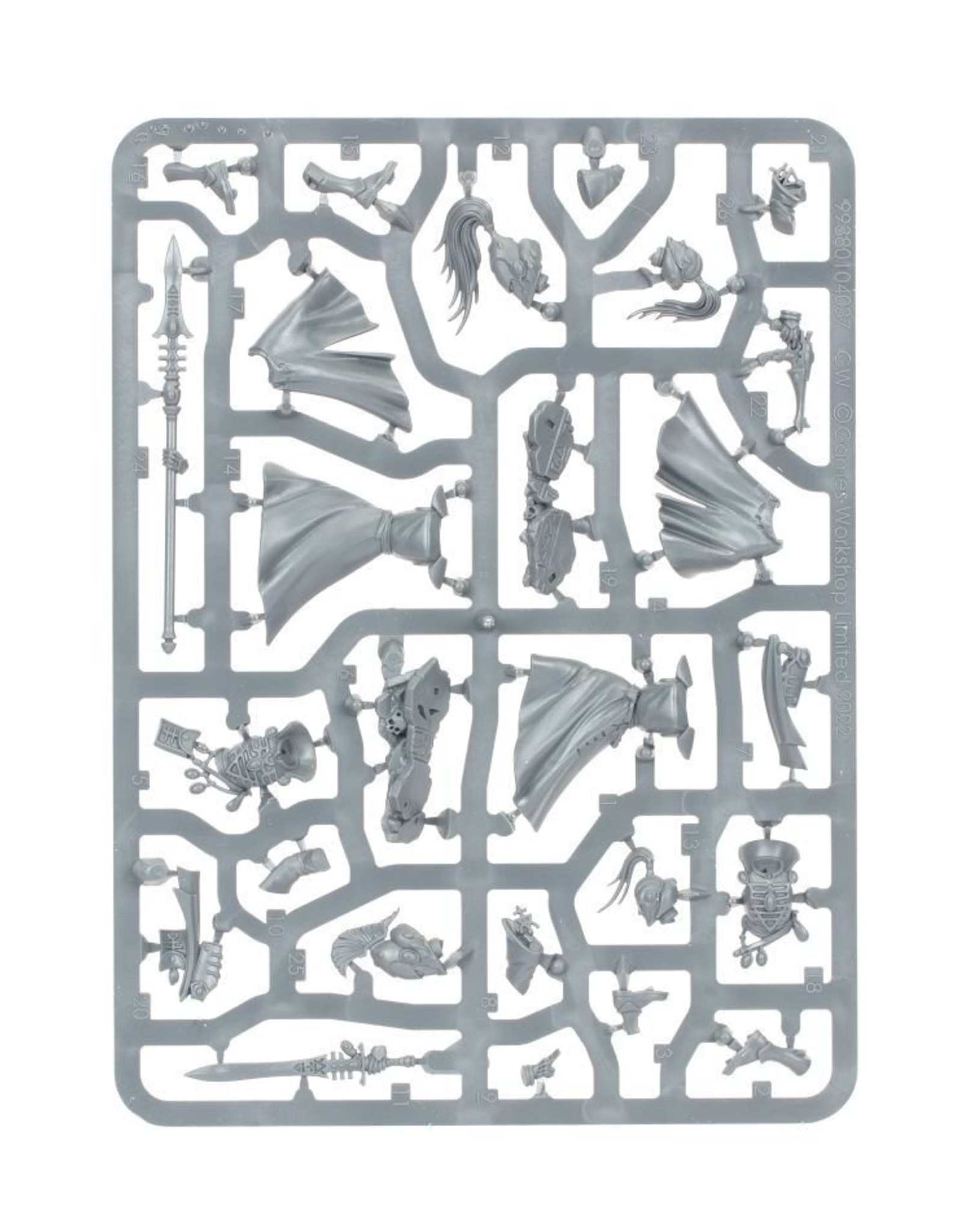 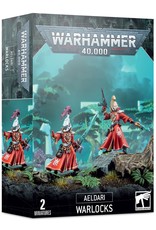 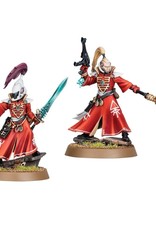 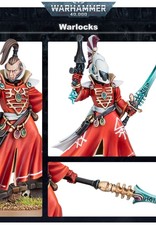 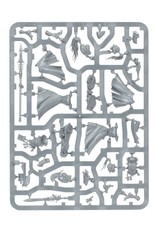 Seers who once trained as Aspect Warriors find it easier to develop destructive psychic powers. These Aeldari are known as Warlocks, and frequently band together in conclaves to pool their eldritch power, or else guide other Aeldari squads such as Guardians from the front. The warlocks bolster their warhost and wreak havoc on the foe by casting the Runes of Battle, and are equally skilled in combat, whether carving up enemies with their elegant witchblades or unleashing bolts of energy with their singing spears.

Warlocks are versatile psychic warriors, capable of supporting allies, cursing enemies, and lending power to allied Farseers. They can be included in your Aeldari army as individual characters, or taken as a unit of multiple psykers. This kit allows you to build one Warlock with an elegant witchblade, and one Warlock with a energy-infused singing spear, with a variety of arm options letting you create unique poses, plus a choice of two helmeted and two unhelmeted heads.