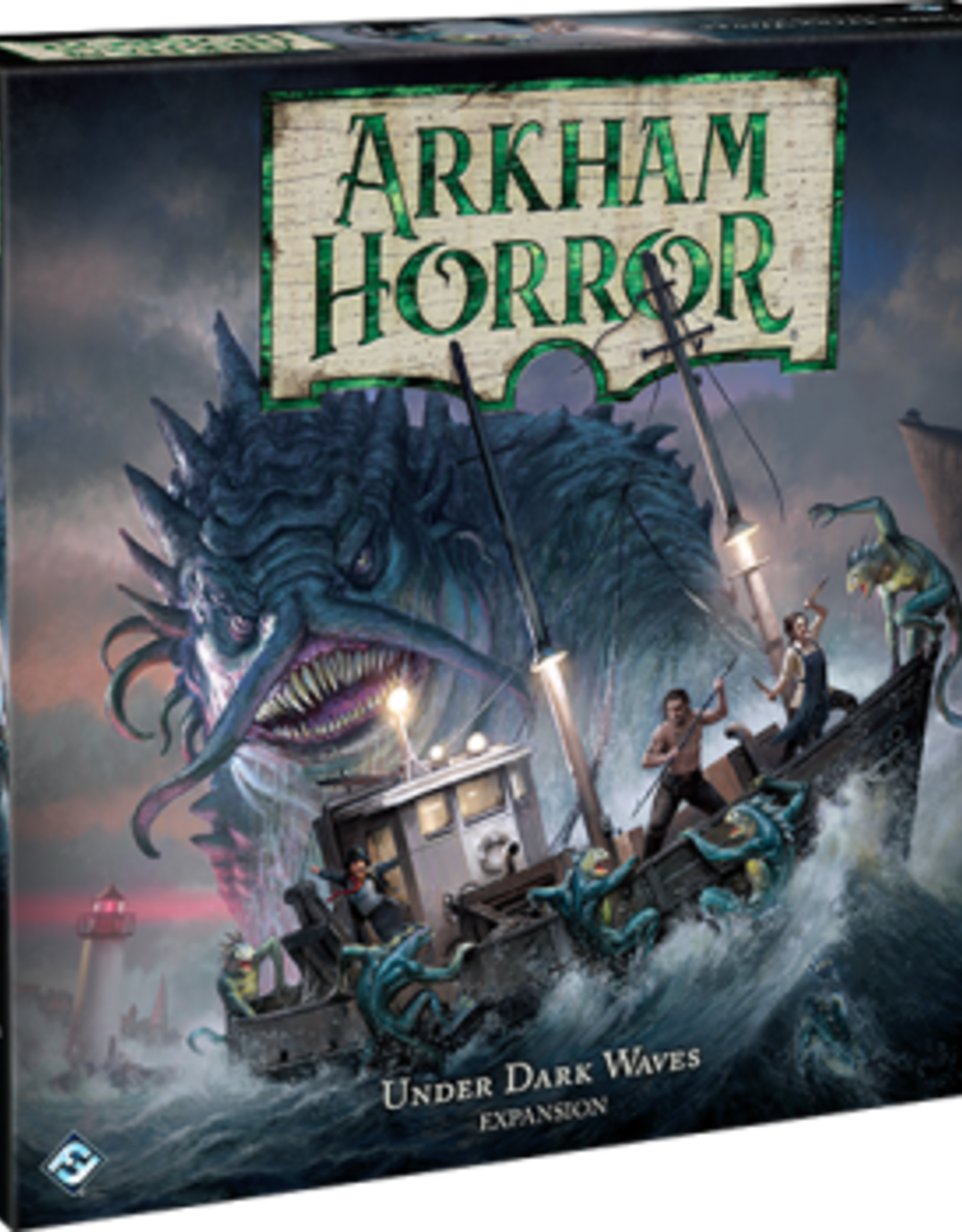 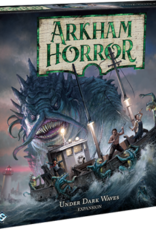 Cold salt waves beat on the New England coast and thick fog rolls in off the bay, obscuring the small fishing hamlets that nestle in the darkness. Dark things creep along the shoreline, strange lights glide deep beneath the surface of the Atlantic, and the pallid villagers go missing with disturbing regularity.

Under Dark Waves is a new large box expansion for Arkham Horror, taking your investigations beyond the town of Arkham to the other ill-fated towns of Massachusetts. Two new double-sided tiles bring Kingsport and Innsmouth to vibrant life, while eight more investigators arrive to join your party, ranging from a drifter like 'Ashcan' Pete to a letter carrier such as Stella Clark. These investigators will have their work cut out for them with four entirely new scenarios pitting them against the horrors that lurk beneath the ocean waves. With over 150 encounter and event cards, alongside new assets, monsters, conditions, and the terror mechanic, Under Dark Waves boasts a vast undersea treasure trove, pulling you into some of the Cthulhu Mythos’s most compelling tales. 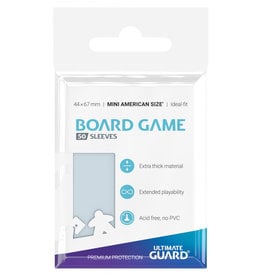 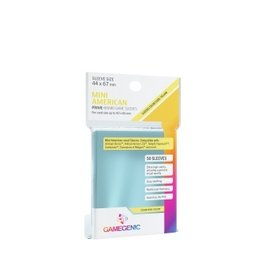