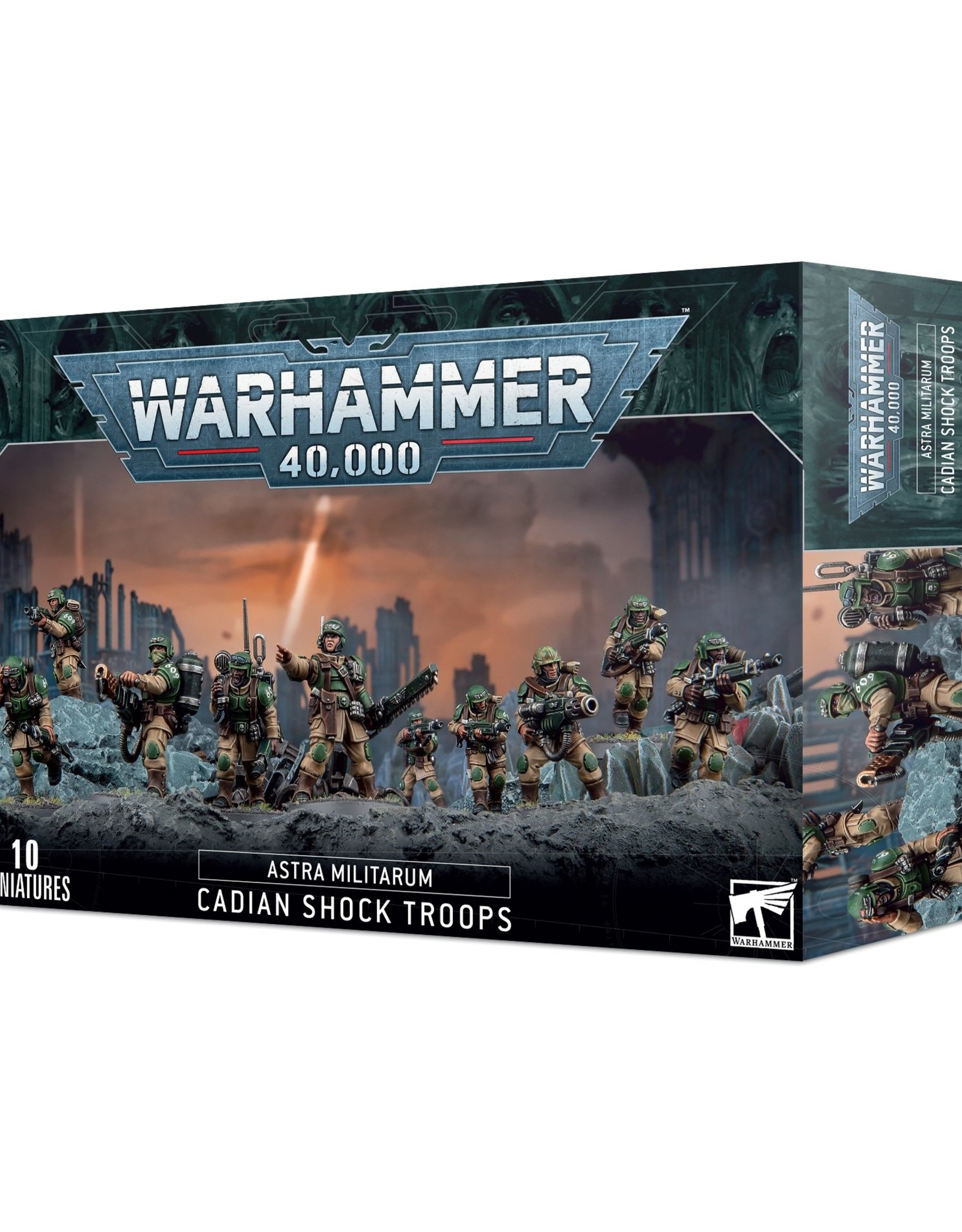 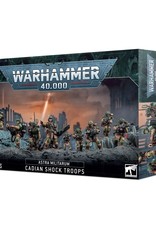 Born soldiers, the Shock Troops of Cadia are trained for military service from the moment they can hold a rifle. Long years of rigorous firing drills have forged them into expert sharpshooters, skilled in both dogged defence and storming assault. Cadian Shock Troops are held by many as the ideal Imperial soldiers – with countless regiments mustered in their image.

This multipart plastic kit builds 10 Cadian Shock Troops – the core of many Astra Militarum regiments. Each Shock Trooper is armed with frag grenades and a reliable lasgun, led by a Sergeant armed with either a drum-fed autogun, or a chainsword with a laspistol or bolt pistol. The kit also includes a variety of special weapons to equip your Shock Troopers – a flamer, grenade launcher, meltagun, and plasma gun – as well as a vox-caster for battlefield communications.

You’ll also find loads of cosmetic options to ensure that no two squads of Shock Troops look the same – including variant poses, more than 20 different heads, sandbags, combat knives, a spade, a spare helmet, and plenty of bedrolls.

This kit comprises 131 plastic components, and is supplied with 10x Citadel 25mm Round Bases. Also included is a Cadian Infantry Transfer Sheet, with 597 transfers featuring numerals, squad markings, and Cadian regimental heraldry. These miniatures are supplied unpainted and require assembly