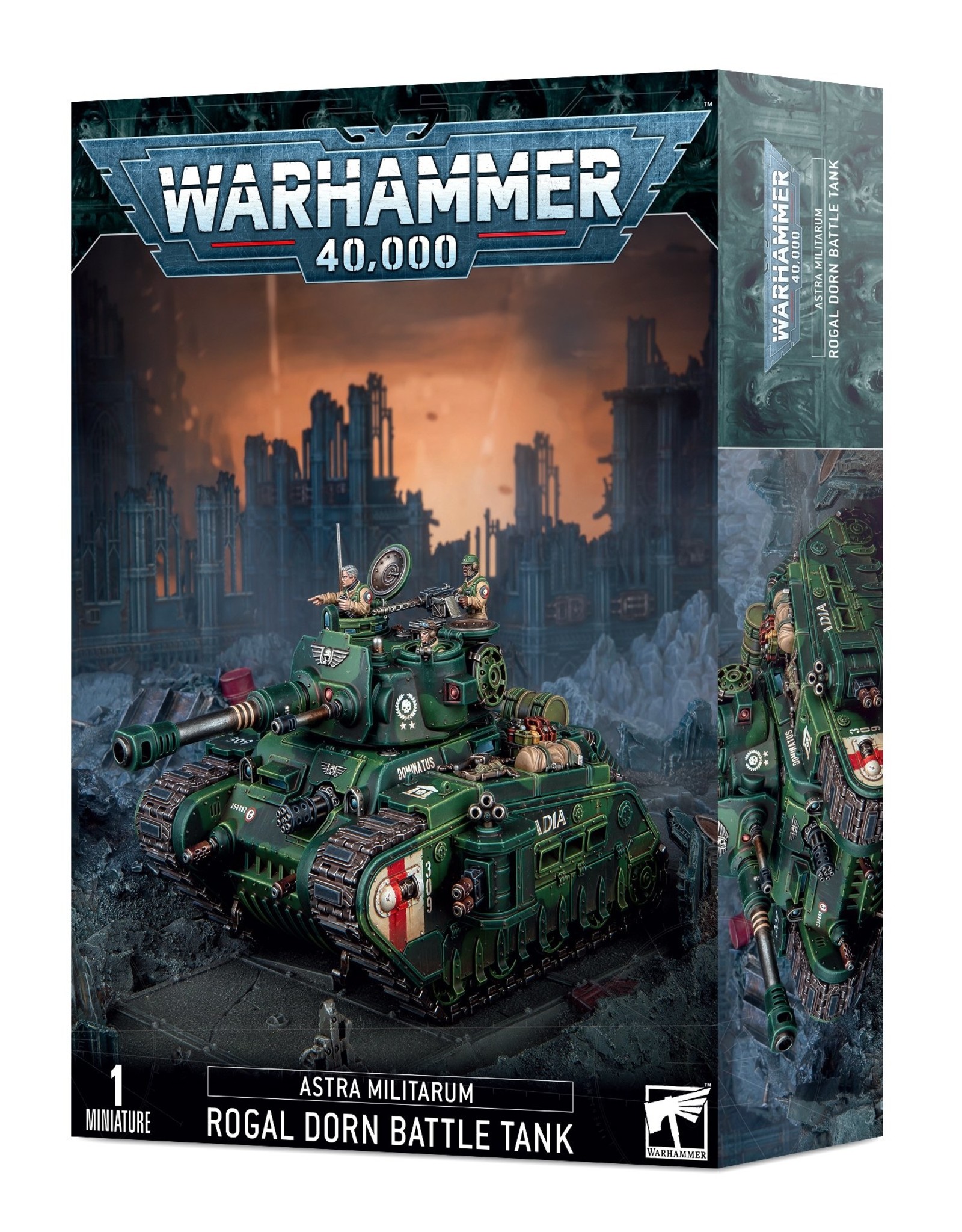 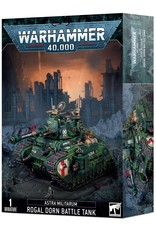 The Rogal Dorn Battle Tank is a lumbering behemoth, equally suited to anchoring a battle line, or grinding forward in support of an assault. Bristling with thunderous guns, these hulking armoured fighting vehicles pound breaches in enemy’s defences with enormous shells, and tear apart infantry with raucous storms of fire.

This multipart plastic kit builds a Rogal Dorn Battle Tank – a mobile gun platform even larger than the mighty Leman Russ Battle Tank. The Rogal Dorn's primary weapon is mounted on its turret – you can choose between the high volume fire of a twin battle cannon, or the intimidating power of an oppressor cannon with a co-axial autocannon mounted on its side. A secondary hard point on the hull mounts either a castigator gatling cannon to punish hordes of infantry, or a pulveriser cannon to take on enemy armour.

The kit includes an arsenal of optional weaponry – you can add optional sponson mounts armed with a pair of heavy bolters or multi-meltas, while optional forward mounts can house heavy stubbers or meltaguns. The tank's tracks can be upgraded with additional armour, and you'll also find extensive cosmetic options, including tow hooks, viewing slits, extra fuel, a search light, and stowed equipment. There are three crew members, including a spotter, tank officer, and a gunner for the pintle-mounted heavy stubber, which can be built with five head options or replaced with closed hatches.

This kit comprises 171 plastic components and includes an Astra Militarum Vehicle Transfer Sheet, with 475 transfers featuring numerals, sigils, and a variety of regimental heraldry. This miniature is supplied unpainted and requires assembly