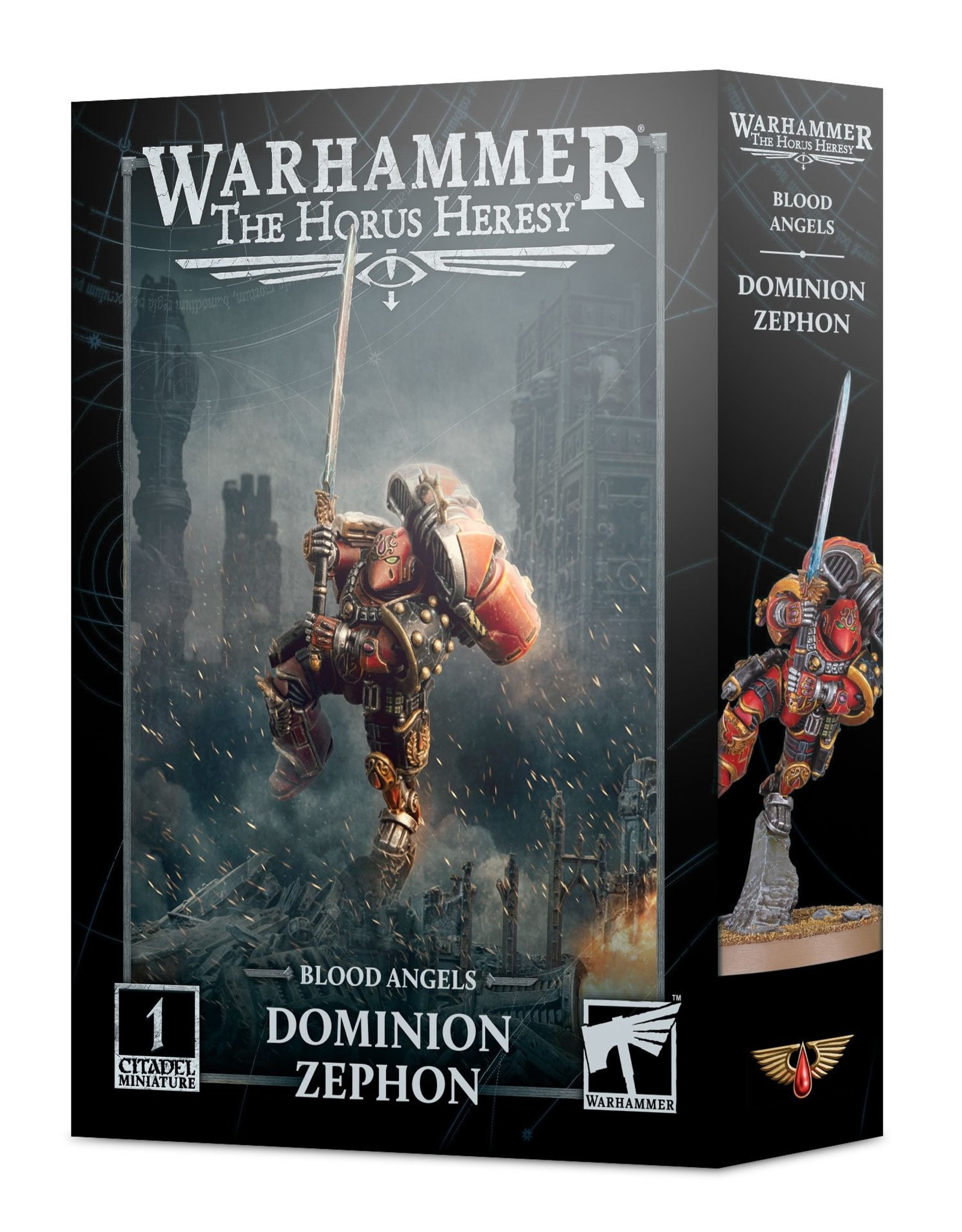 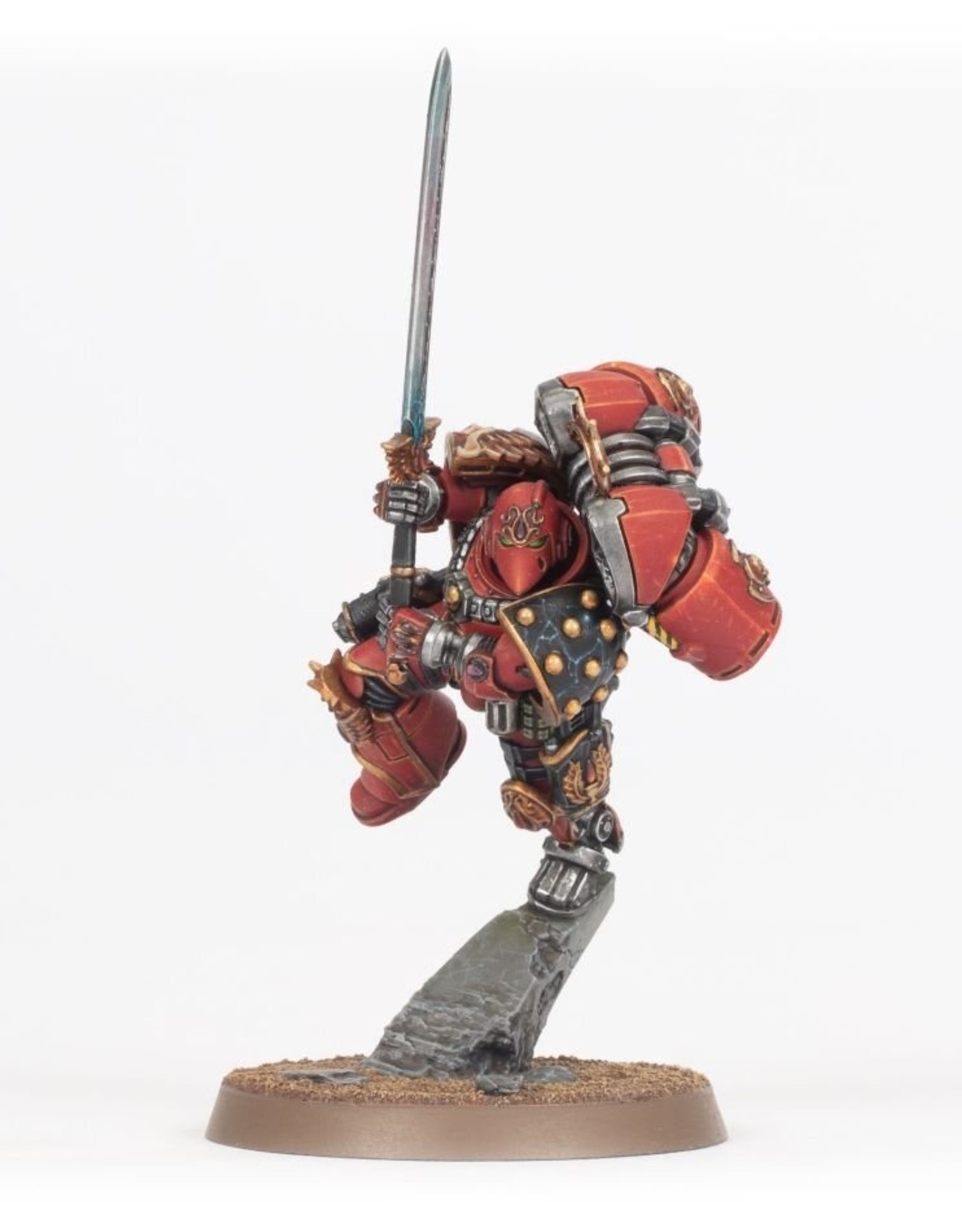 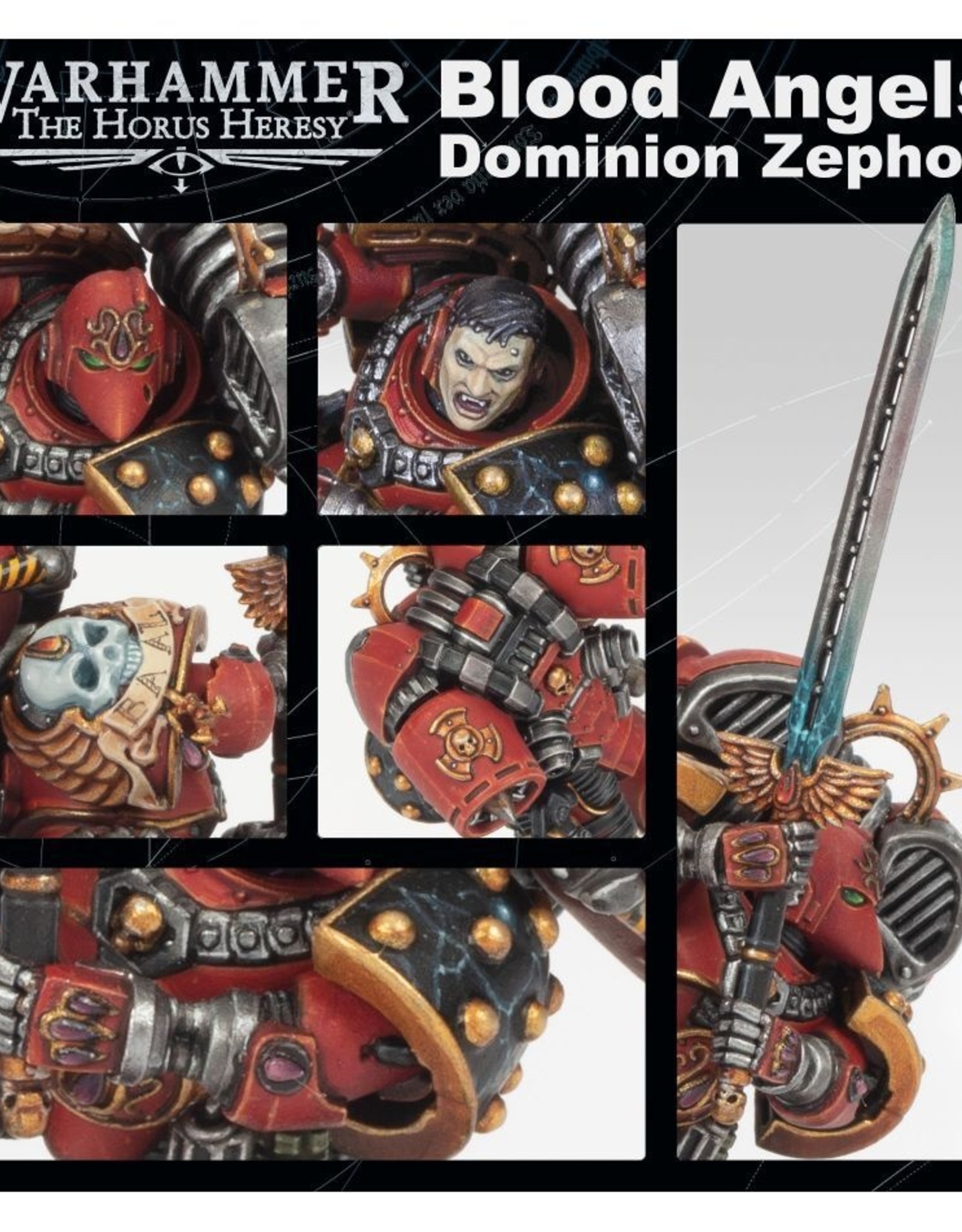 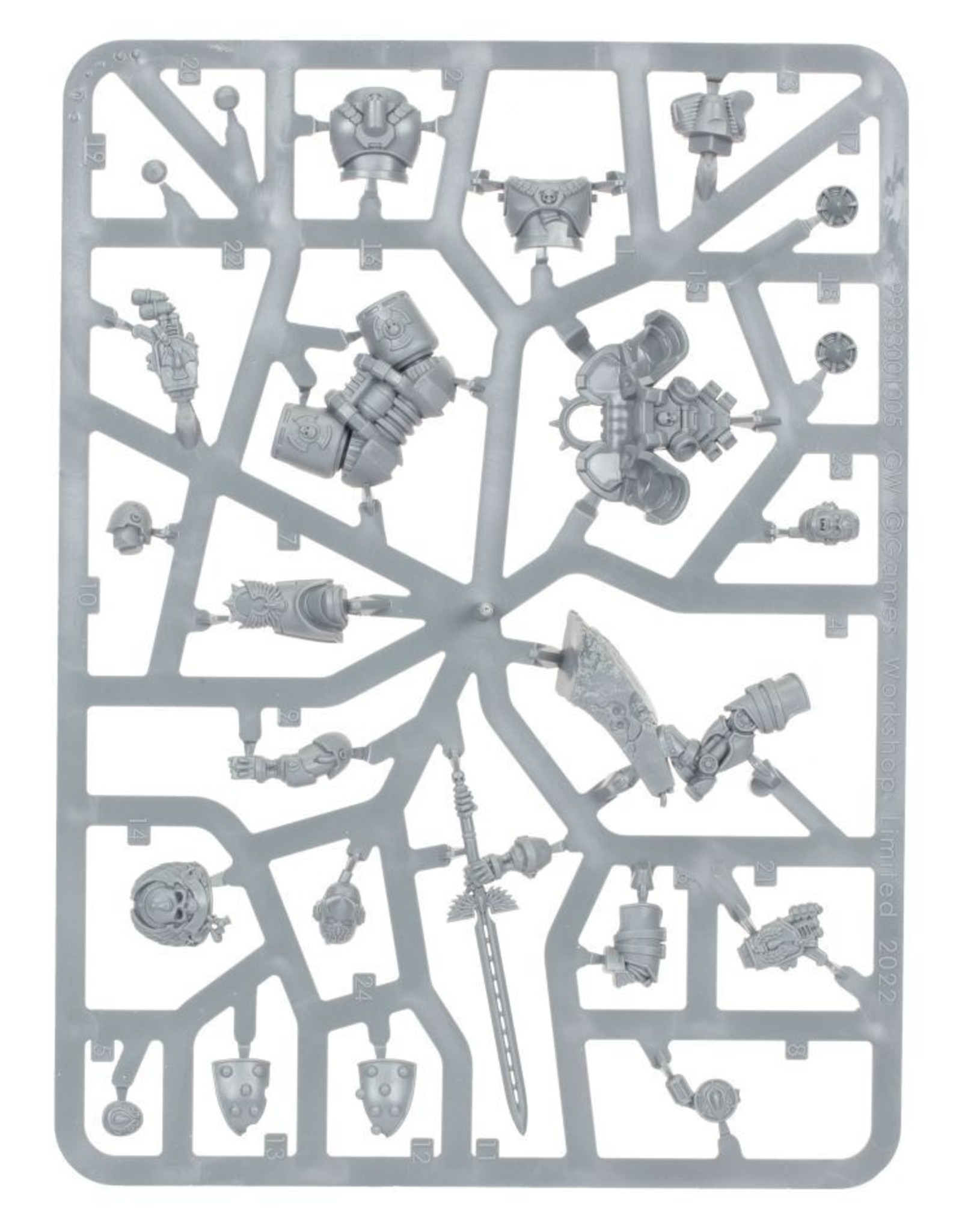 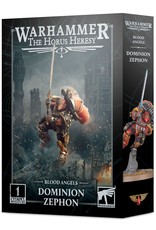 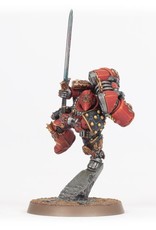 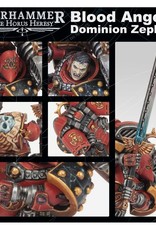 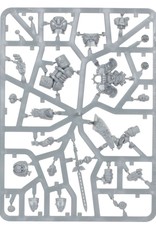 A warrior and an artist of great renown, Dominion Zephon's exemplary record was abruptly cut short when he was maimed by a xenos blade during the Great Crusade. No longer able to fight, Zephon solemnly accepted the dubious honour of representing the Blood Angels Legion as part of the Crusader Host on Terra. When the Horus Heresy broke out, Zephon was recruited by the Legio Custodes to fight in the Webway War, where he earned the friendship of famed technoarchaeologist Arkhan Land. His crippled body rebuilt at last, the Bringer of Sorrow, as Zephon has come to be known, eagerly rejoined the ranks of his Legion upon their return to Terra.

Released as part of the Black Library Celebration 2022, Dominion Zephon leaps into battle with the aid of bionics designed by Arkhan Land, his jump pack and armour resplendent in Blood Angels motifs. He is armed with his greatsword, The Spiritum Sanguis, and twin volkite pistols, named Lament and Grief. His rules are available to download for free from the Warhammer Community website, letting you add the Bringer of Sorrows to your Blood Angels battle hosts.