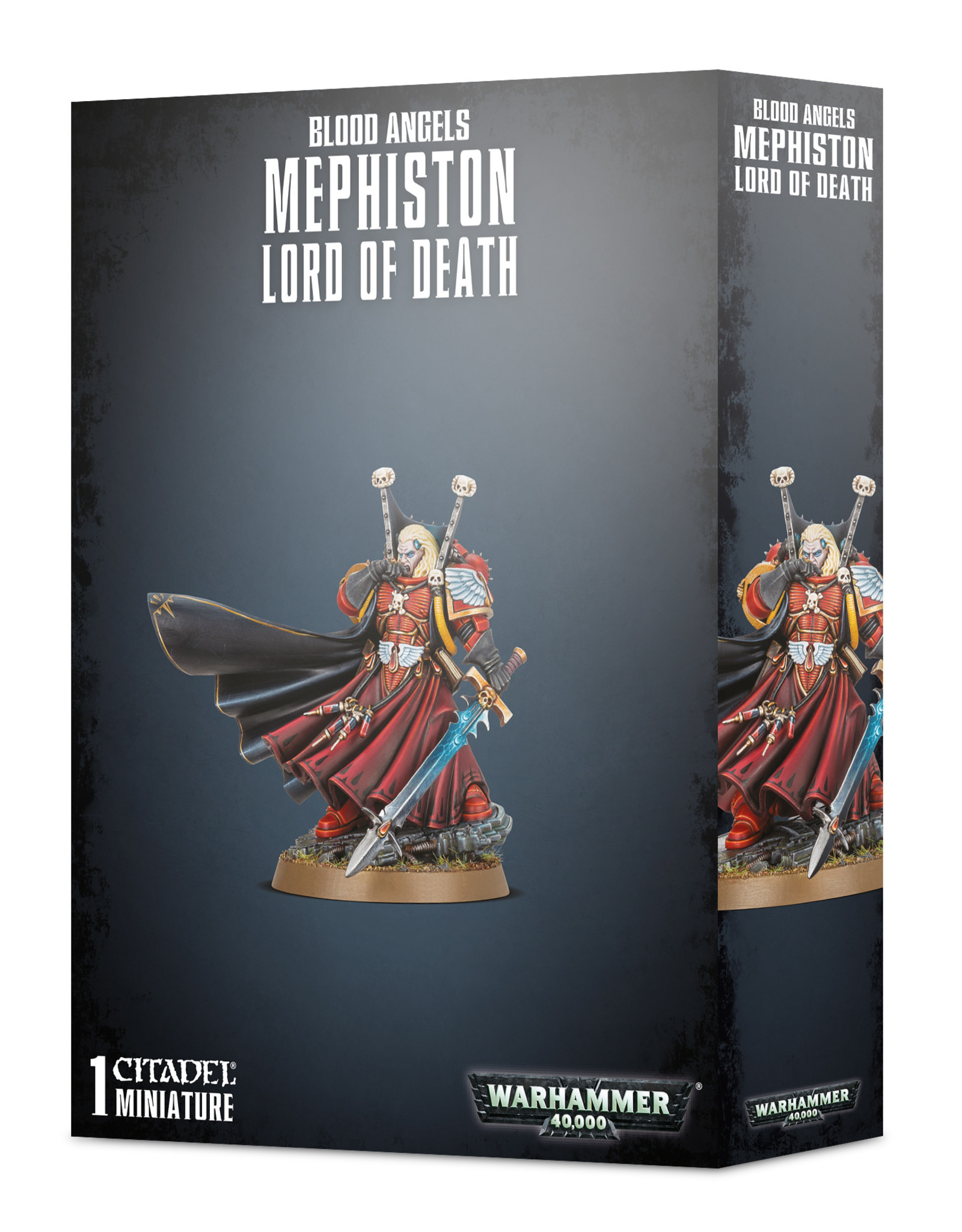 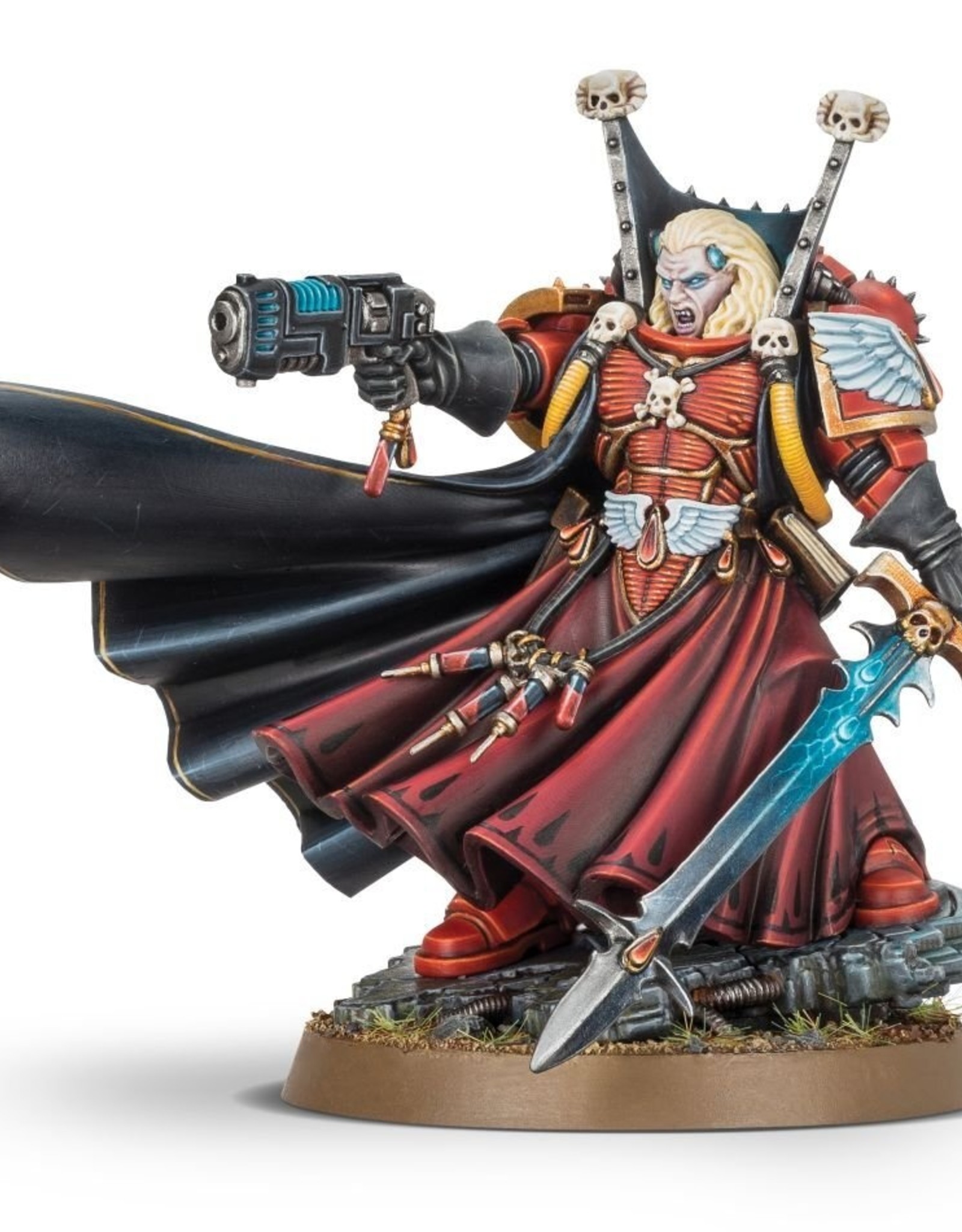 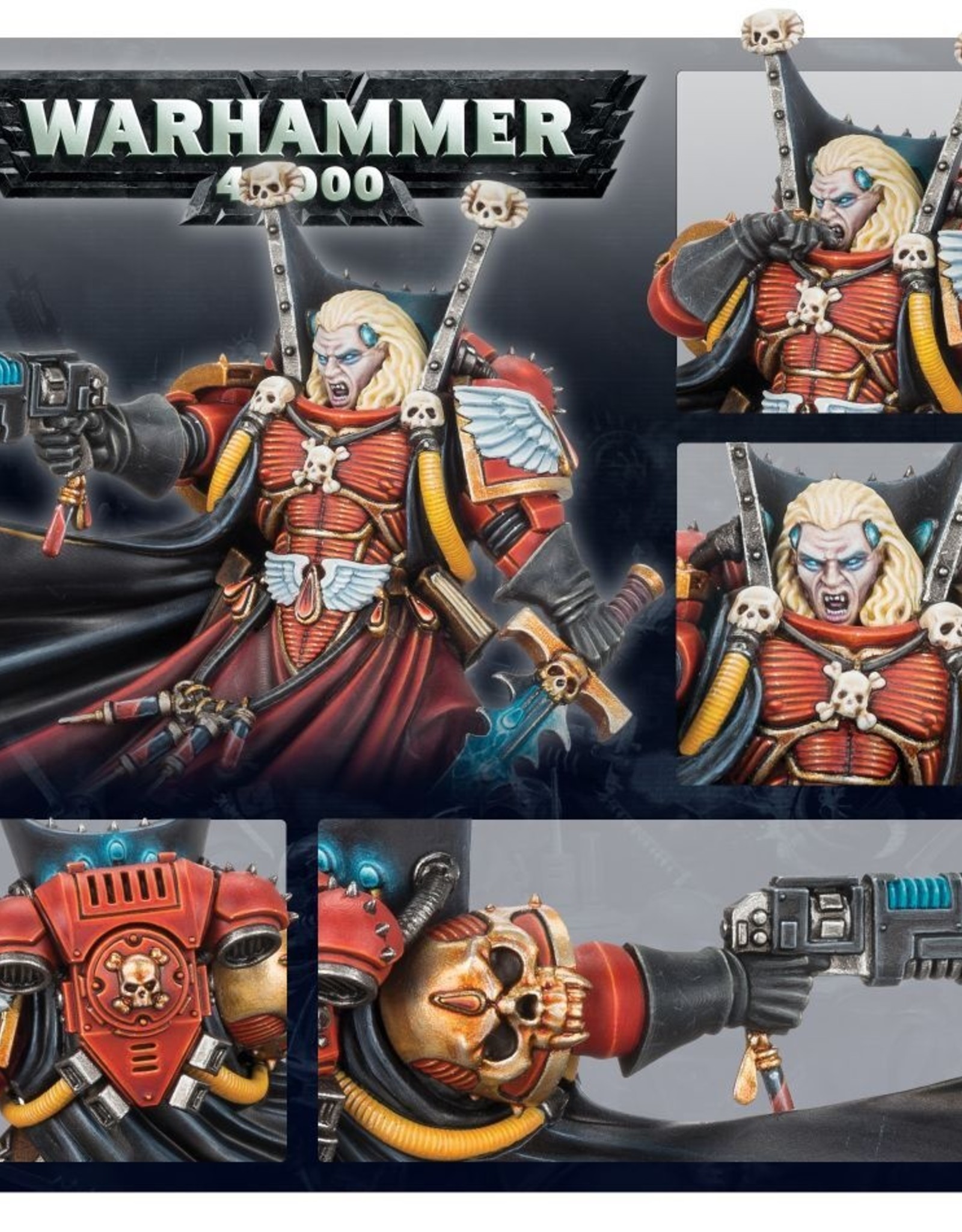 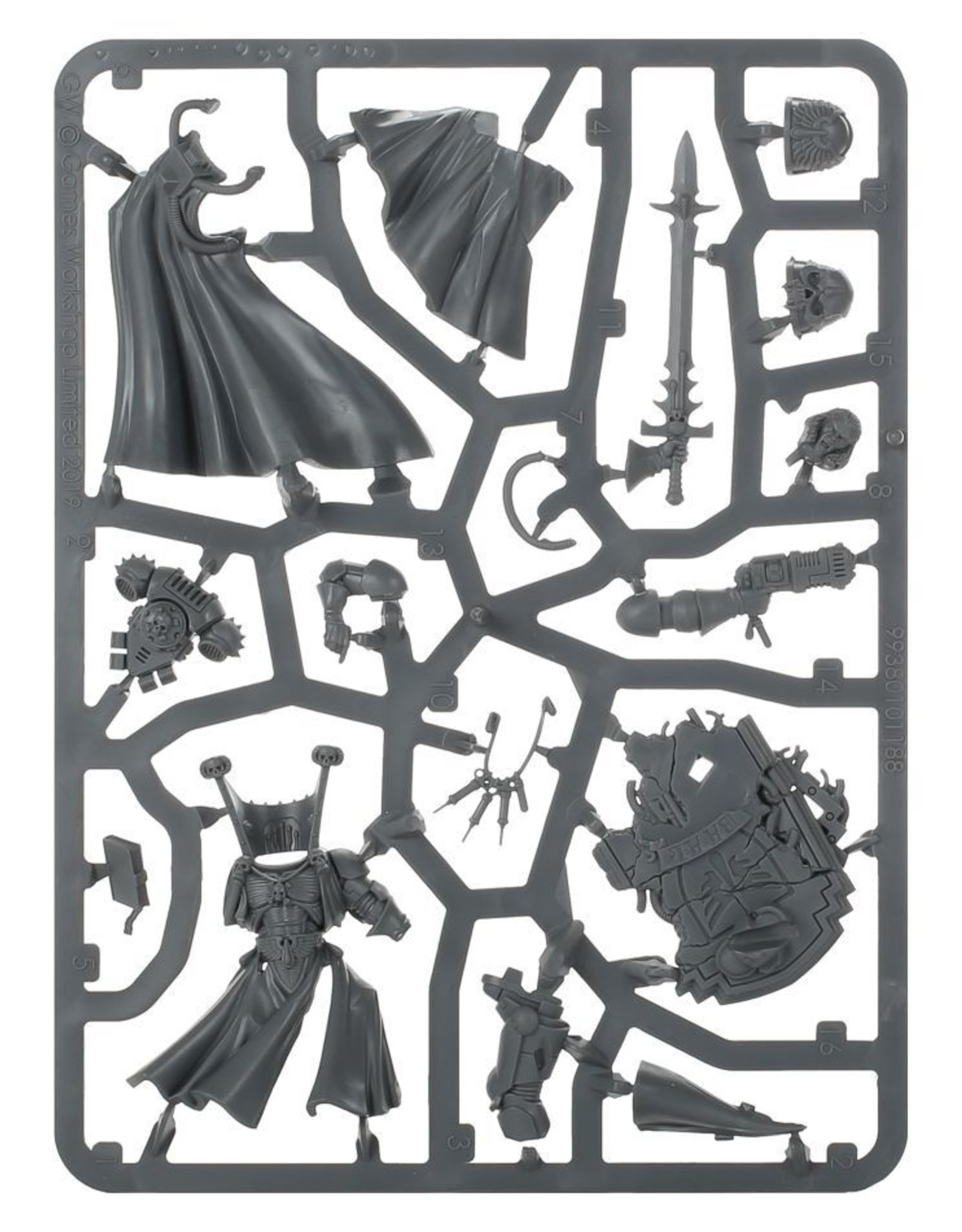 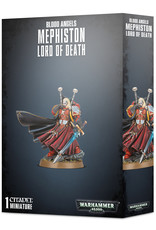 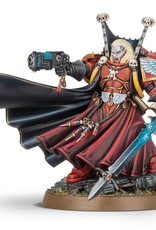 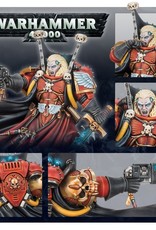 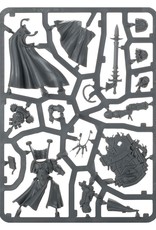 A figure of awe and reverence among the Blood Angels, Chief Librarian Mephiston carries the will and power of one who has to overcome what no other Blood Angel has. Mephiston has battled through near-death to surmount the Black Rage, the curse that has afflicted the Blood Angels and their successors for millennia. By crossing the Rubicon Primaris, Mephiston has not only demonstrated the Chapter’s embrace of their new battle-brothers, but has become more powerful than ever before.

As the Chief Librarian of the Blood Angels, Mephiston is a formidable psyker, though he is equally at home cutting down the enemies of the Emperor with his force sword, Vitarus, or the searing beams of his plasma pistol. Mephiston can be assembled aiming his pistol with his right hand, or wiping his mouth on the back of his gauntlet – could he even be wiping the blood from his fangs?