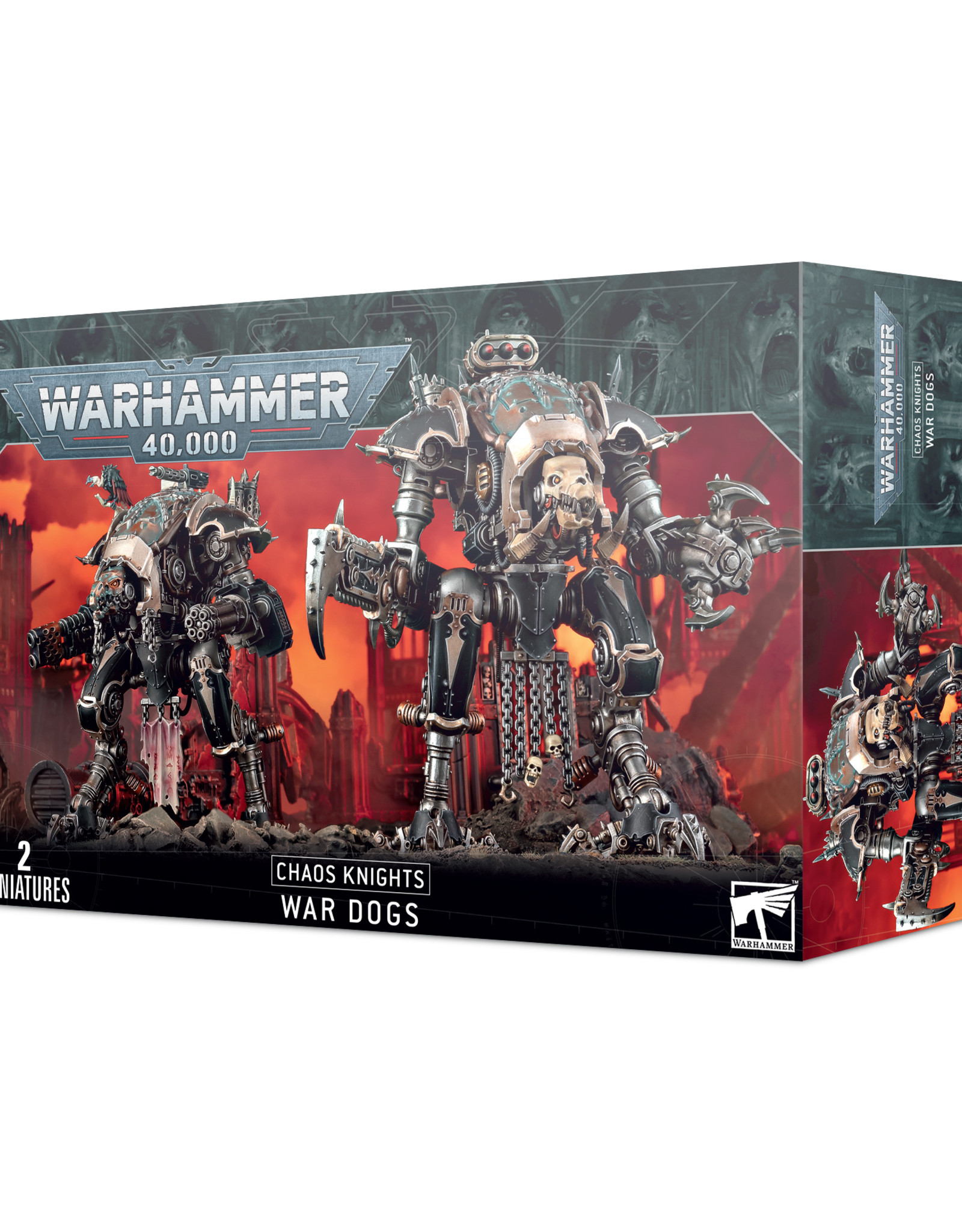 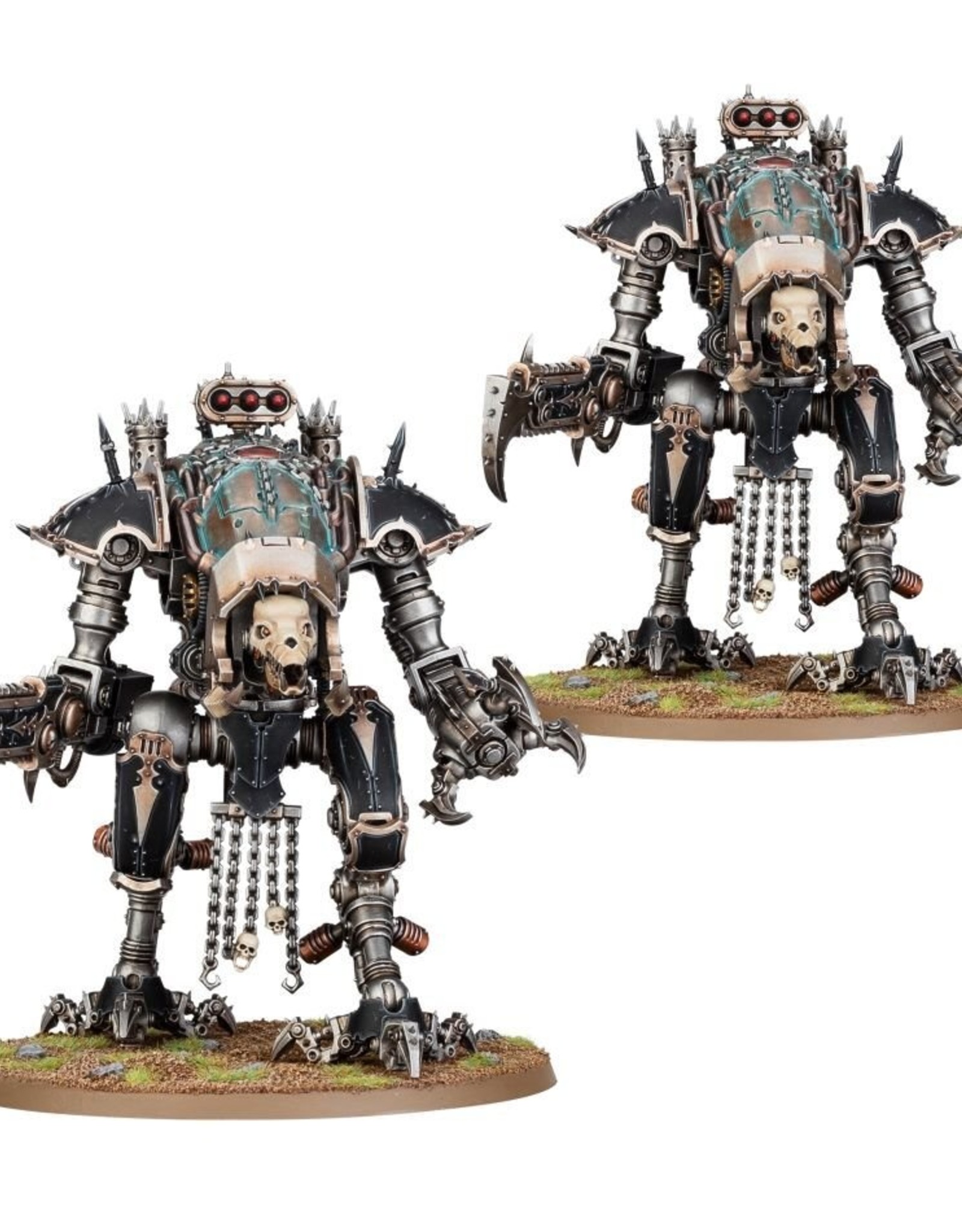 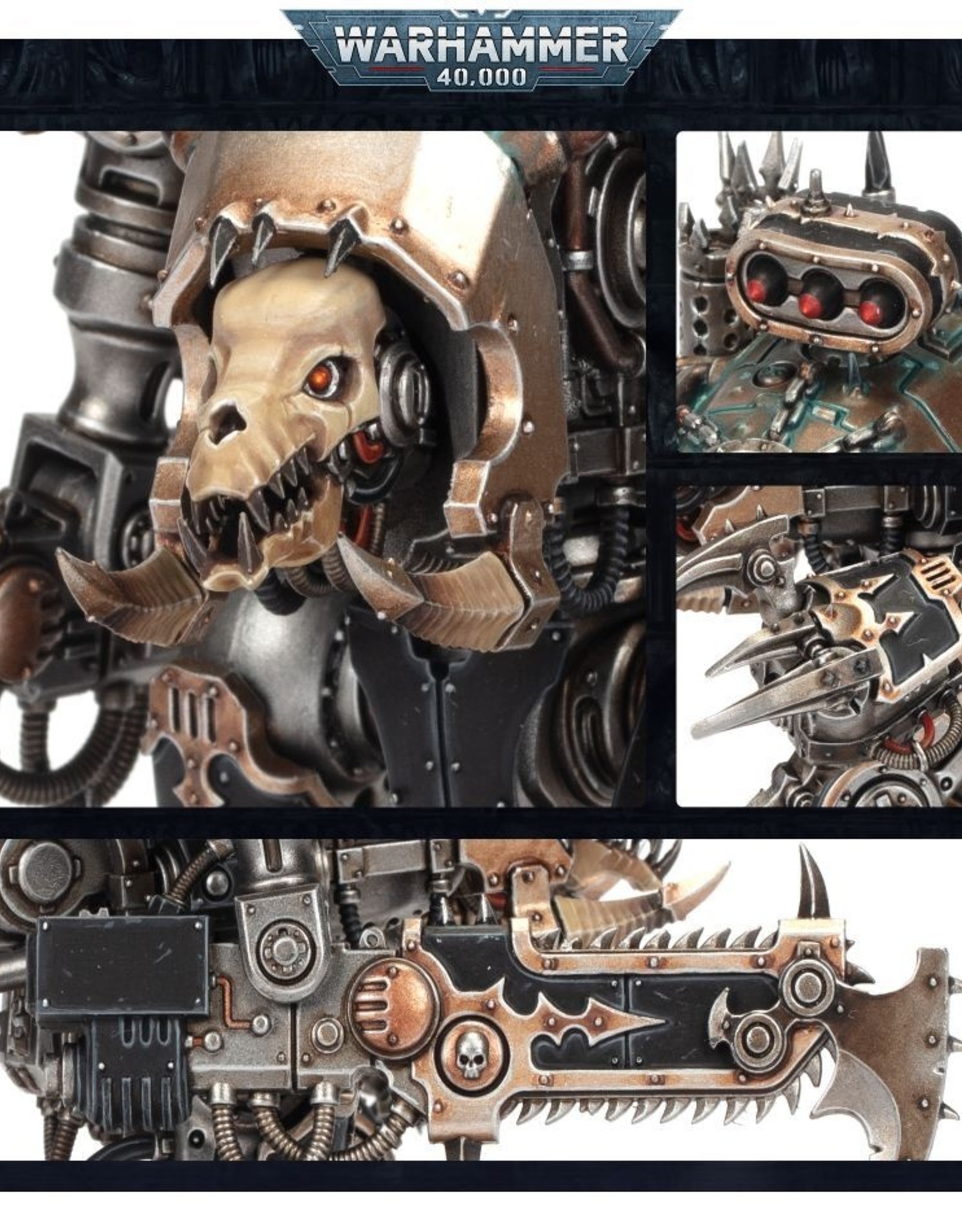 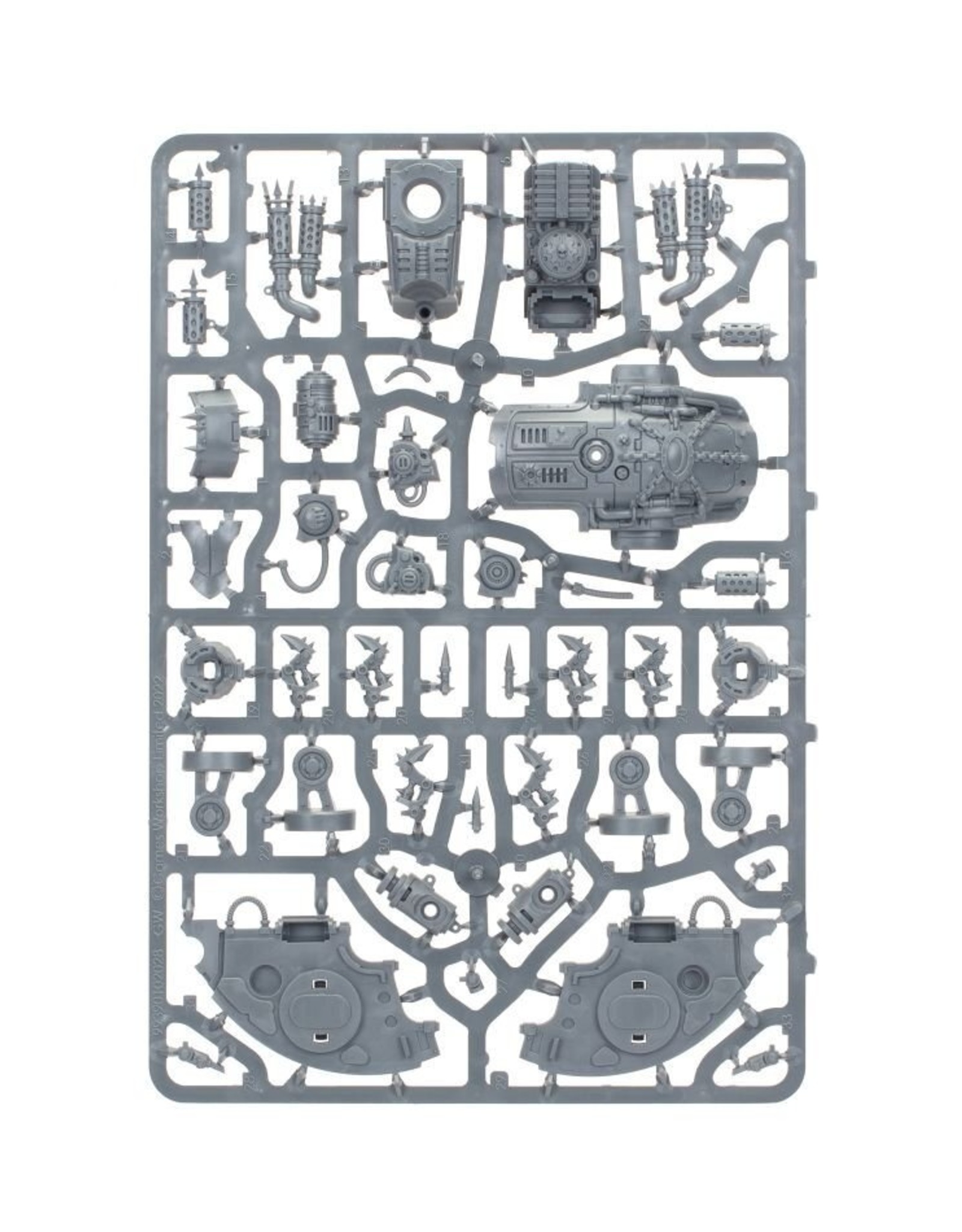 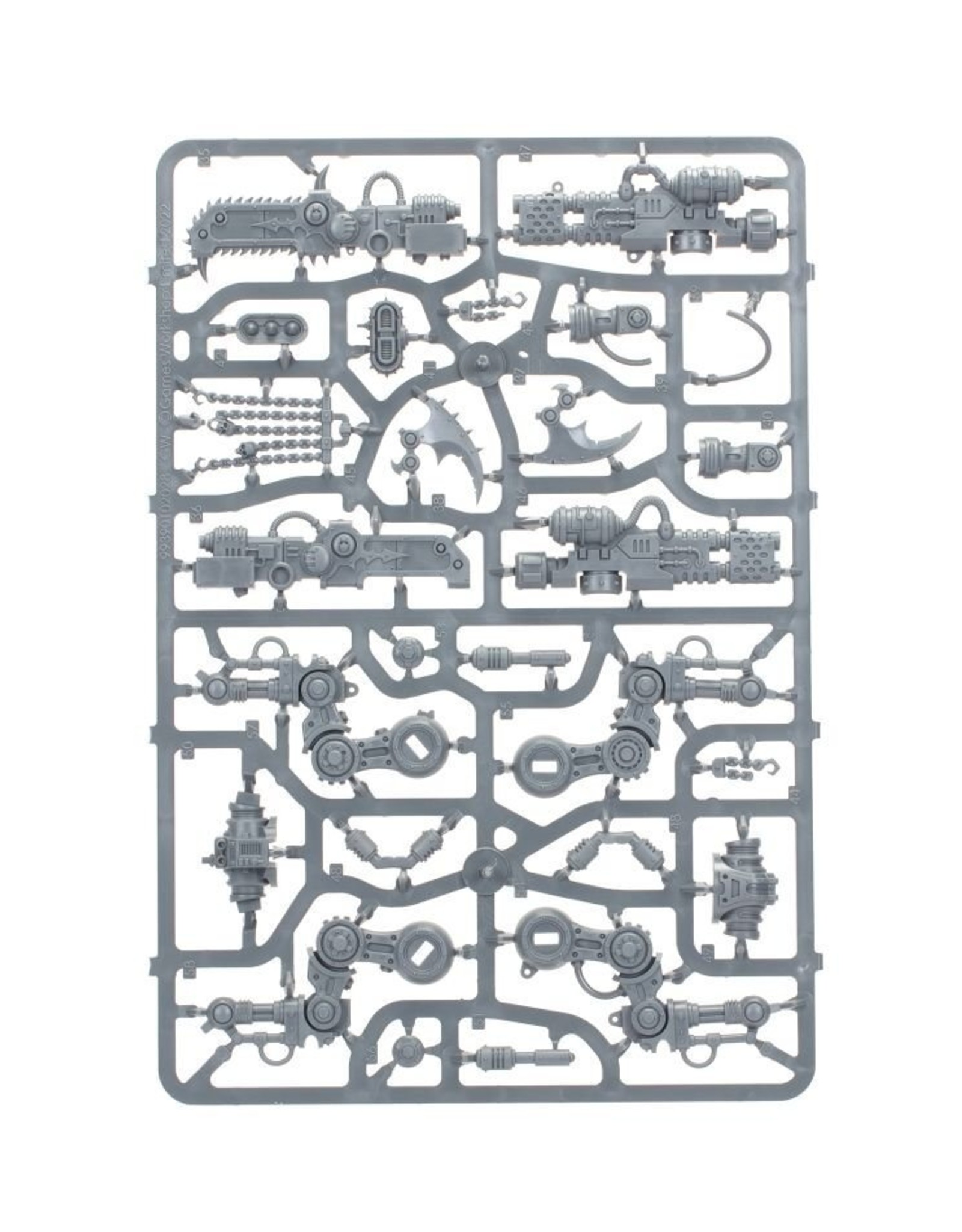 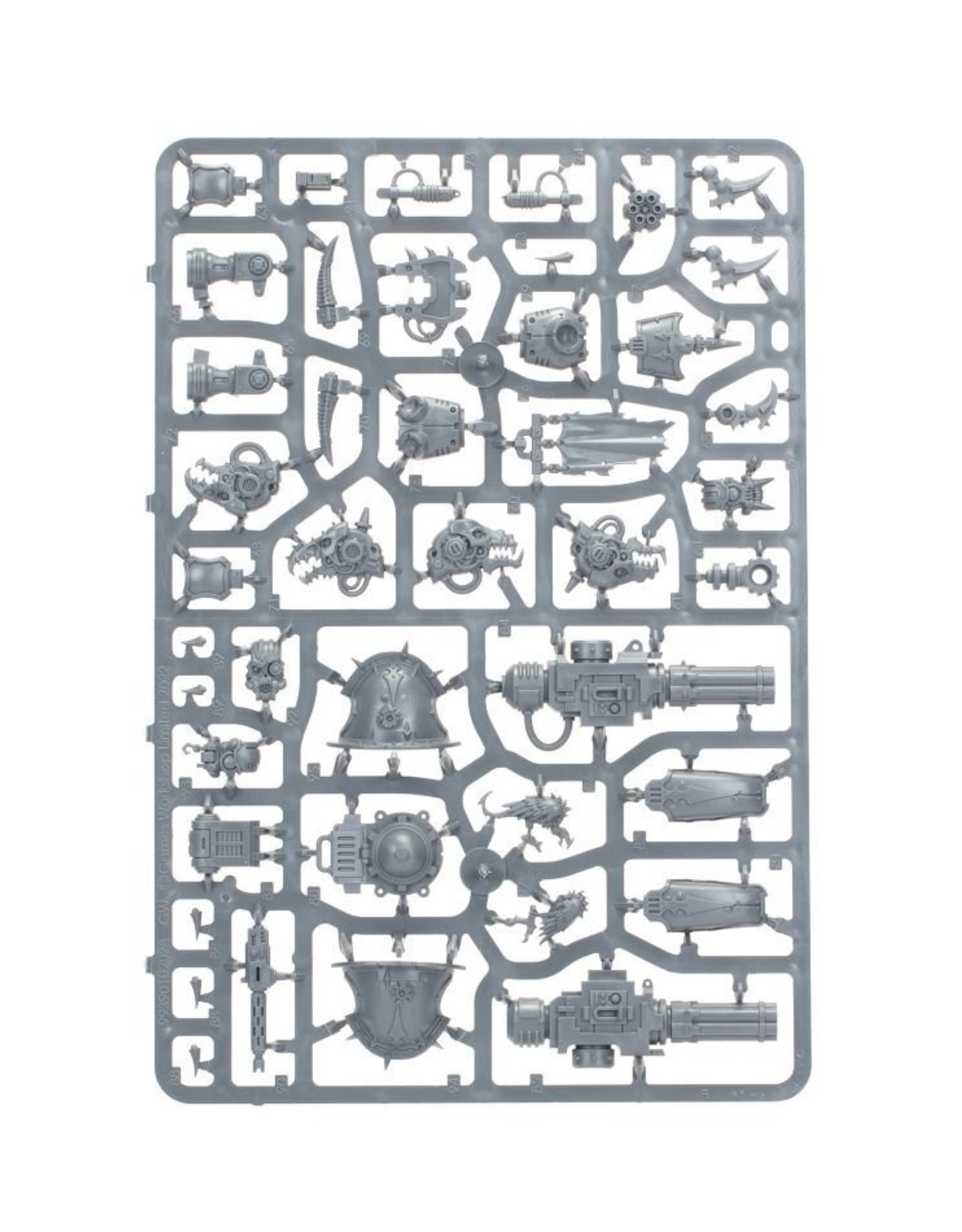 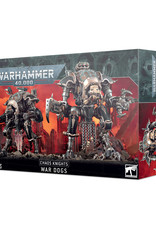 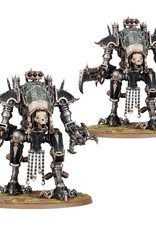 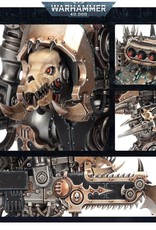 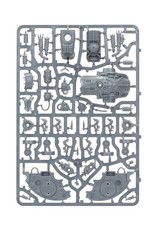 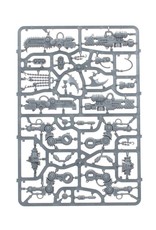 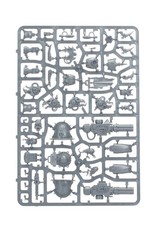 War Dog-class Knights act as hunting packs for their Dread Household. Armed with an eclectic array of weaponry, these nimble combat walkers range ahead of the terrible shadow cast by larger Knights, picking off enemy outriders and guarding the flanks of their colossal masters. Among these vicious engines, only the most strong-willed pilots can command a War Dog Stalker. Like pack alphas, they often lead other War Dogs in carefully-planned attacks, butchering reinforcements and hunting down isolated foes. They unleash salvoes of fire at range or in the heart of combat with deadly claw strikes.

This multipart plastic kit builds two War Dog-class Knights – any combination of War Dog Stalkers, War Dog Karnivores, or War Dog Brigands. War Dog Stalkers are a flexible Lords of War choice that can provide deadly support at any range to your Chaos Knights army – or be taken as a wandering Dreadblade pack for other Chaos forces. Armed with a tank-melting daemonbreath spear or infantry-shredding avenging chaincannon at range, and a crushing slaughterclaw or roaring reaper chaintalon at melee, Stalkers are also equipped with your choice of a carapace-mounted diabolus heavy stubber or havoc multi-launcher. Each War Dog Stalker can be further customised with a variety of articulated poses, armour plating, and unique faceplates and accessories, with their large carapaces making them a perfect painting project.