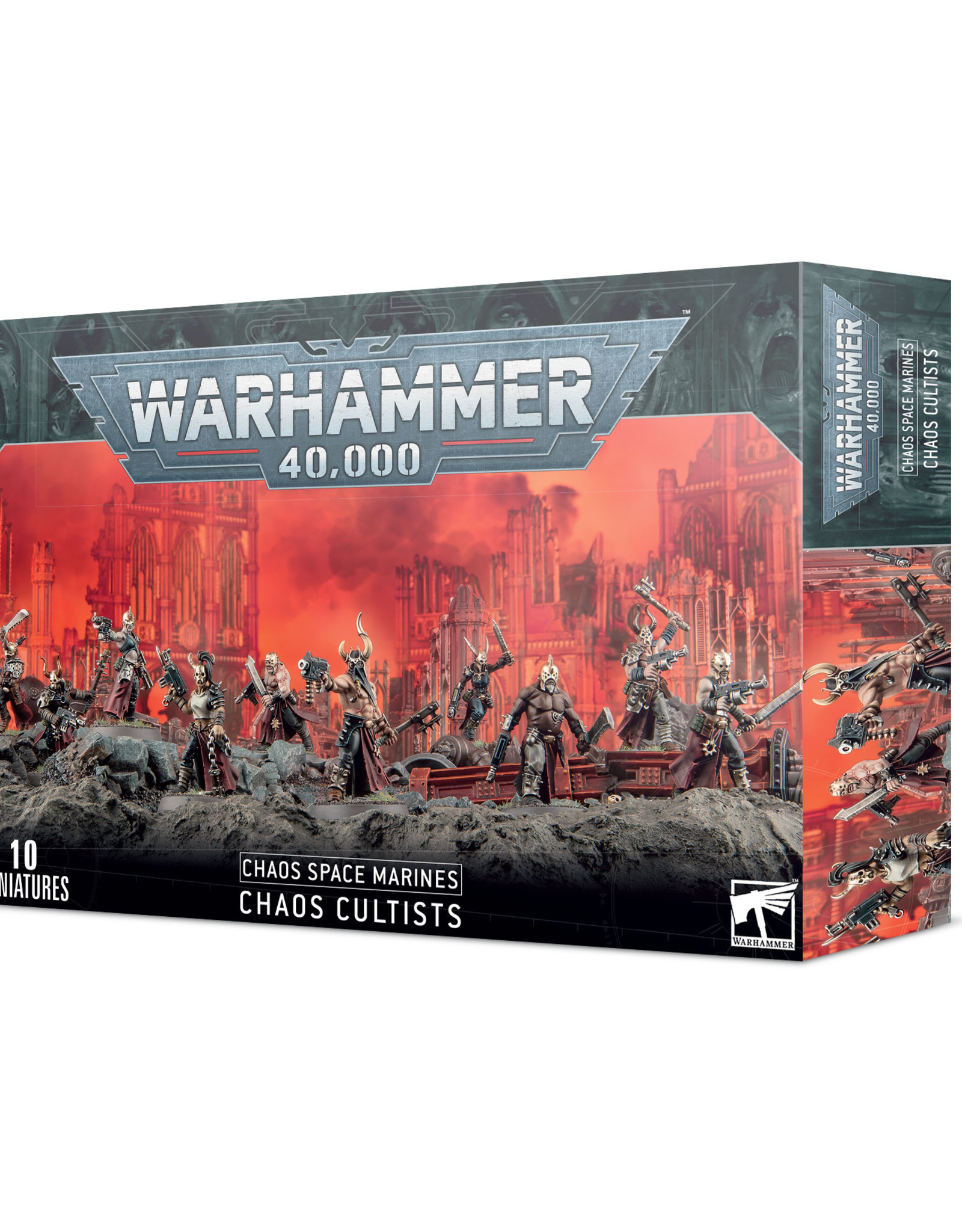 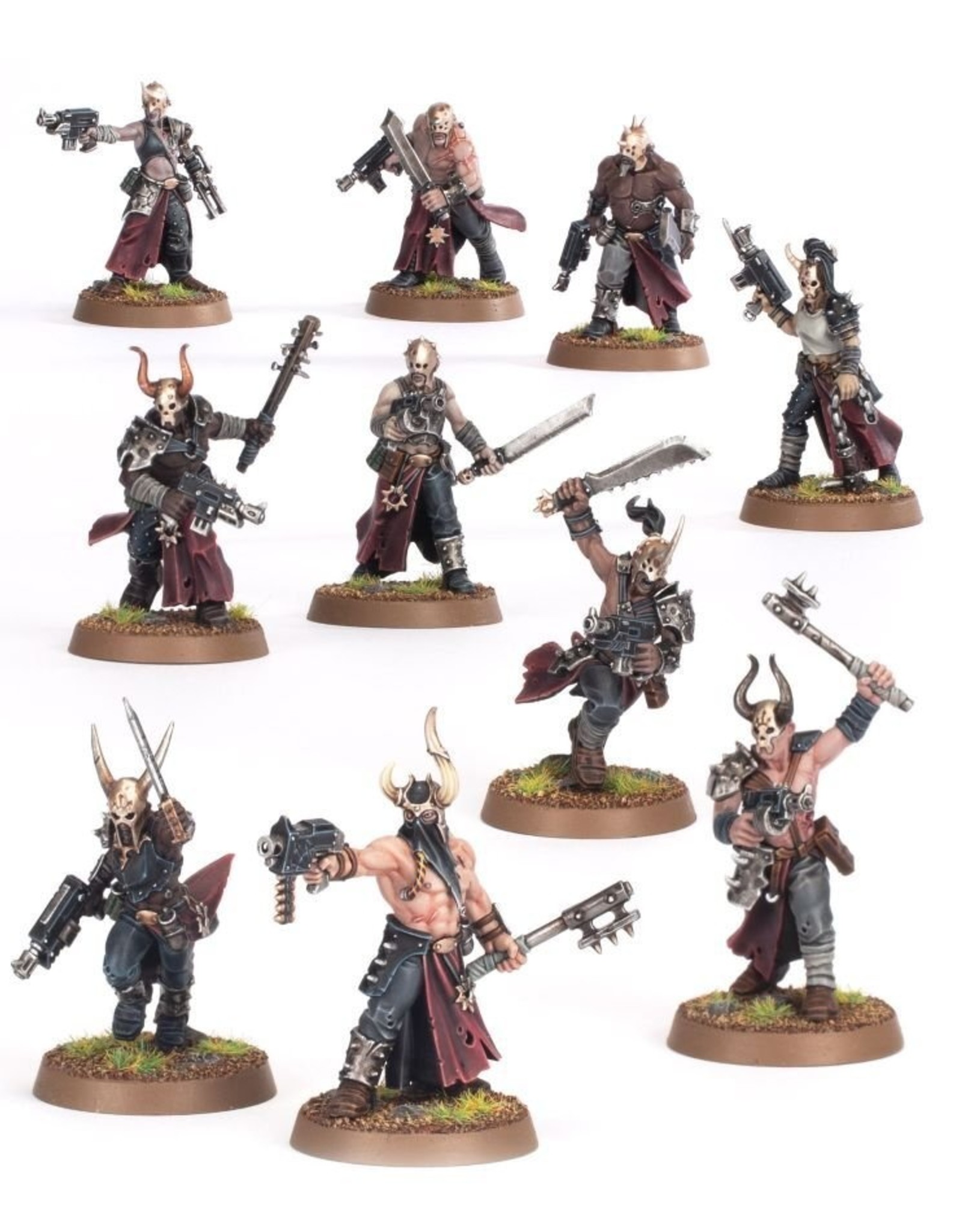 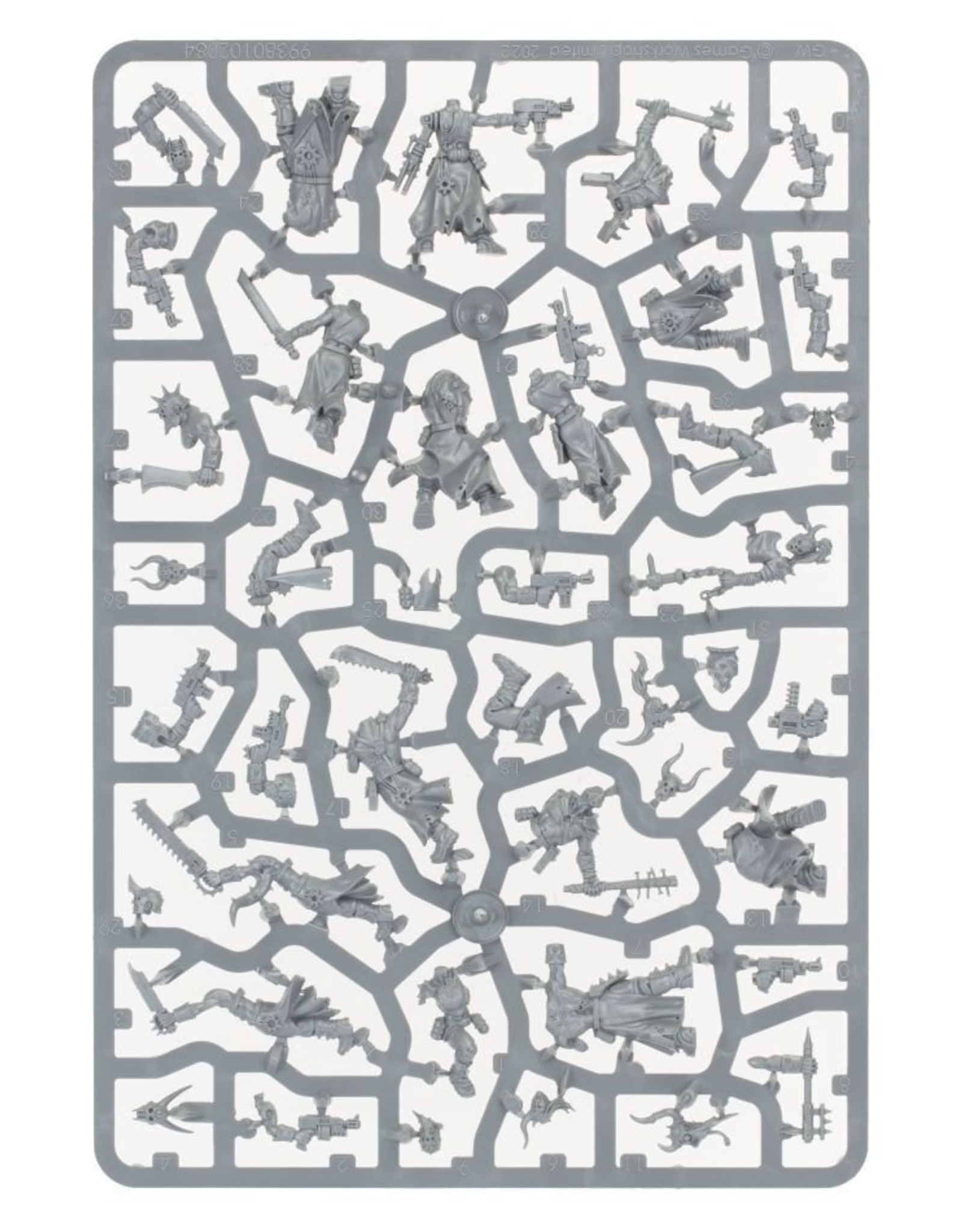 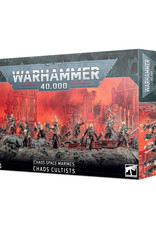 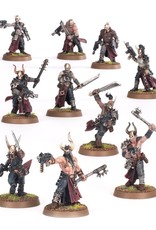 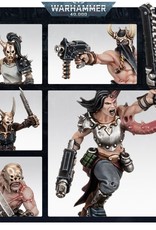 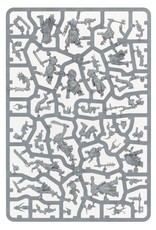 Chaos Cultists are the mortal devotees of the Dark Gods, ordinary men and women fallen to promises of temporal power. Under the command of mighty heretic warlords, such fanatics take to the field in huge Cultist Mobs. This blasphemous militia charges headlong into battle with a motley collection of improvised, stolen and makeshift weapons, overwhelming even determined enemies through sheer weight of numbers.

This multipart plastic kit builds 10 Chaos Cultists, each equipped with some combination of autopistol, brutal assault weapon, frag grenades, and krak grenades. These models boast all manner of twisted details, from Chaos symbols and pendants to daemonic masks and robes, with scavenged weapons ranging from crude bionics to vicious machetes. The kit includes two Cultists that can alternatively be built as Cultist Champions – a mutated female Cultist Champion with a bare, horned head and a tentacled arm wielding a chainsword, or a male Cultist Champion with a ragged mask and a bolt pistol.

This set comprises 41 plastic components and is supplied with 10x Citadel 25mm Round Bases. These miniatures are supplied unpainted and require assembly

These models are designed to be visually compatible with the Cultists of the Abyss set, allowing you to expand your Cultist Mob with even more models and ranged weapon options.